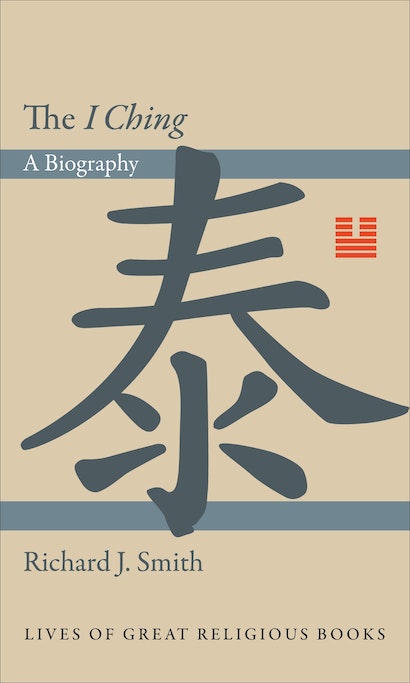 The I Ching originated in China as a divination manual more than three thousand years ago. In 136 BCE the emperor declared it a Confucian classic, and in the centuries that followed, this work had a profound influence on the philosophy, religion, art, literature, politics, science, technology, and medicine of various cultures throughout East Asia. Jesuit missionaries brought knowledge of the I Ching to Europe in the seventeenth century, and the American counterculture embraced it in the 1960s. Here Richard Smith tells the extraordinary story of how this cryptic and once obscure book became one of the most widely read and extensively analyzed texts in all of world literature.

In this concise history, Smith traces the evolution of the I Ching in China and throughout the world, explaining its complex structure, its manifold uses in different cultures, and its enduring appeal. He shows how the indigenous beliefs and customs of Japan, Korea, Vietnam, and Tibet “domesticated” the text, and he reflects on whether this Chinese classic can be compared to religious books such as the Bible or the Qur’an. Smith also looks at how the I Ching came to be published in dozens of languages, providing insight and inspiration to millions worldwide—including ardent admirers in the West such as Leibniz, Carl Jung, Philip K. Dick, Allen Ginsberg, Hermann Hesse, Bob Dylan, Jorge Luis Borges, and I. M. Pei. Smith offers an unparalleled biography of the most revered book in China’s entire cultural tradition, and he shows us how this enigmatic ancient classic has become a truly global phenomenon.

Richard J. Smith is the George and Nancy Rupp Professor of Humanities and professor of history at Rice University. His many books include Fathoming the Cosmos and Ordering the World: The Yijing (I-Ching, or Classic of Changes) and Its Evolution in China.

"Smith's book succeeds admirably in making the history and importance of this esoteric and enigmatic classic accessible and understandable to a wide audience. A must read for anyone interested in fathoming 'the Way' (Tao/Dao) in ancient China."—Choice

"Smith's book demonstrates that if the Book of Changes is anything, it is alive."—James Carter, Los Angeles Review of Books

"His biography is, at every turn, full of scholarship."—Jon Sweeney, Tablet

"One of the advantages to this book is Smith's prose; not only is it clear and accessible, but he writes in a way that brings the material to life. He is an engaging writer. . . . This 'biography' of the Yijing is an attractive and thorough resource. It should prove to be a useful addition to any library (academic or not) and a valuable help in any high school or college courses that incorporate study of the Yijing in any classroom context."—Robert Steed, Education About Asia

"[N]ever before in English has the substance of this vital text been explicated with such transparency, lucidity, and—on balance—objectivity. However, even in charitably demystifying it, Smith has simultaneously retained and even enhanced the compelling attraction of this ever-tantalizing essentialist work for the would-be initiated. Such is a balancing act deftly executed, for which we should commend the author lavishly."—Don J. Wyatt, Journal of Chinese Religions

"Smith's biography does what an introduction should do: encourage the reader to want to know more and provide a smooth over-arching conceptual framework, in economic fashion, through which one may understand the details. It would, therefore, be a helpful tool in a university course on Eastern or World religions and is highly recommended."—Stephanie L. Derrick, Relegere

"Smith offers an unparalleled biography of the most revered book in China's entire cultural tradition, and he shows us how this enigmatic ancient classic has become a truly global phenomenon."—RSR, Buddhism Now

"This work serves both as a sinologically sound exposition of East Asia's Yijing, and a fearless foray into the West's endless fixations on the Yi's malleable meanings."—Russell Kirkland, Religious Studies Review

"To all [I Ching] aficionados and many others, Richard J. Smith's book, The I Ching: A Biography, will be usefully informative."—Yu Liu, European Legacy

"Richard Smith's 'biography' of the Book of Changes delivers to us just what the series promised: it is wide-ranging, clear, up-to-date, comprehensive, and entertaining."—Jonathan D. Spence, author of The Search for Modern China

"The I Ching has had many guises and uses in what Richard Smith calls its 'transnational travels' during its three-thousand-year course. Smith's accessible book combines general orientation and fascinating detail in ways that enable readers to grasp the complicated, transcultural history of a vital, enigmatic little classic."—Willard Peterson, Princeton University

"Richard Smith synthesizes a great deal of information about the I Ching and presents it with admirable clarity. I know of no one else who commands the history of this text to the extent that he does, whether in China or especially in its global context. His excellent book will find a ready and wide readership."—Edward L. Shaughnessy, author of Confucian and Taoist Wisdom

"This one-of-a-kind biography of the I Ching is a masterpiece of scholarship for general readers as well as scholars and teachers. The first book in English to explain the history and impact of this ancient text from a global perspective, it will remain a must-read in I Ching studies for a very long time. A welcome and important contribution."—Benjamin Wai-ming Ng, author of The I Ching in Tokugawa Thought and Culture