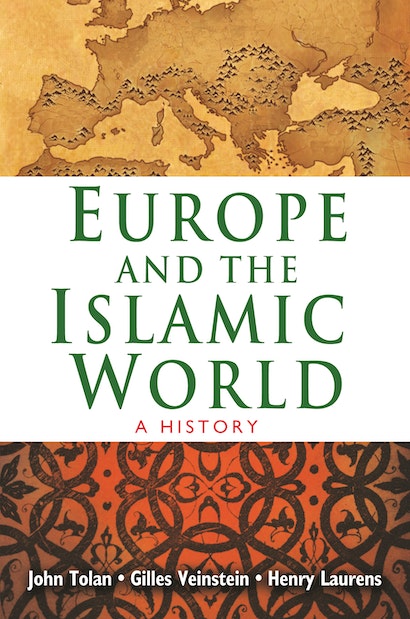 Europe and the Islamic World sheds much-needed light on the shared roots of Islamic and Western cultures and on the richness of their inextricably intertwined histories, refuting once and for all the misguided notion of a “clash of civilizations” between the Muslim world and Europe. In this landmark book, three eminent historians bring to life the complex and tumultuous relations between Genoans and Tunisians, Alexandrians and the people of Constantinople, Catalans and Maghrebis—the myriad groups and individuals whose stories reflect the common cultural, intellectual, and religious heritage of Europe and Islam.

Since the seventh century, when the armies of Constantinople and Medina fought for control of Syria and Palestine, there has been ongoing contact between the Muslim world and the West. This sweeping history vividly recounts the wars and the crusades, the alliances and diplomacy, commerce and the slave trade, technology transfers, and the intellectual and artistic exchanges. Here readers are given an unparalleled introduction to key periods and events, including the Muslim conquests, the collapse of the Byzantine Empire, the commercial revolution of the medieval Mediterranean, the intellectual and cultural achievements of Muslim Spain, the crusades and Spanish reconquest, the rise of the Ottomans and their conquest of a third of Europe, European colonization and decolonization, and the challenges and promise of this entwined legacy today.

As provocative as it is groundbreaking, this book describes this shared history in all its richness and diversity, revealing how ongoing encounters between Europe and Islam have profoundly shaped both. 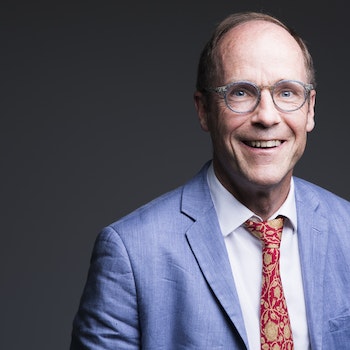 "[T]his is serious history and, as such, seriously worthwhile."—Robert Irwin, Literary Review

"[Europe and the Islamic World] is an important contribution to an ever more urgent debate. By providing a wealth of inconvenient detail that fails to fit in to the simplistic stereotypes, it challenges the very notion that humanity can be divided into separate 'civilisations', however bitter at times the conflict between them."—Jonathan Harris, History Today

"The comprehensive coverage of the subject matter makes this work the new standard in the field."—Choice

"Europe and the Islamic World is a major antidote of this dangerous myopic worldview, offering a critical and balanced assessment of a historic encounter marked not only by religious competition and conflict but also by coexistence and cooperation in domestic politics and foreign relations, trade and commerce, science and culture."—Lisa Kaaki, Arab News

"As provocative as it is groundbreaking, this book describes this shared history in all its richness and diversity, revealing how ongoing encounters between Europe and Islam have profoundly shaped both."—World Book Industry

"This book is a solid scholarly work on the current and ongoing debate on the relations between Europe and the Islamic world. It differs from previous works on two major grounds: it offers a detailed narrative of key neglected aspects of this history and it refutes the notion of the 'clash of civilizations.'"—Adel Manai, Canadian Journal of History

"Tolan clearly shows how to approach the history of Islam and Christianity during the medieval era in a much more sensitive manner, paying respect to here to fore often suppressed or muted voices on both sides."—Albrecht Classen, Mediaevistik

"The status of non-Muslims in Muslim lands is a major theme in the book and it is dealt with effectively by each author. . . . [T]his book achieves its purpose well."—David Abulafia, English Historical Review

"[T]his book is an extremely detailed, learned and informative account of the history of the two regions."—Alex Mallett, Islam and Christian-Muslim Relations

"[G]randly ambitious . . . [R]eaders will come away from the book profoundly suspicious of simplistic narratives about Muslim aggression and endless jihad."—Philip Jenkin, The Christian Century

"This penetrating and nuanced study by three French scholars should finally lay to rest simplistic and superficial notions about an age-old 'clash of civilizations' between the Islamic and Western worlds. For all the ways that clerics on opposite sides tried to uphold Manichaean distinctions between believers and infidels, the real story is a much more complex one of shared human values, vigorous commercial trading, invented or reinvented traditions, and mutual cultural penetration within a mosaic of political rivalries, with religious rhetoric used both to legitimize power and mobilize resistance. This important book, which sets the scene for urgent contemporary issues, should be necessary reading for anyone seriously interested in global affairs."—Malise Ruthven, author of Islam in the World

"Europe and the Islamic World makes for an interesting and sometimes provocative volume. In this erudite book, three distinguished scholars give their unique perspectives on Muslim-European political encounters, cultural exchanges, representations, and interactions. Their argument is that these encounters have been many, diverse, and ongoing. Europe and the Islamic World informs—and large parts of it entertain."—Virginia H. Aksan, author of Ottomans and Europeans: Contacts and Conflicts

"Many Americans and Europeans take it for granted that the West and Islam are at war and always have been. Tolan, Veinstein, and Laurens argue that we are part of the same civilization, for all the violence and conflict over the centuries. Europe and the Islamic World is a book of great learning and great passion."—Mark Gregory Pegg, author of The Corruption of Angels: The Great Inquisition of 1245-1246