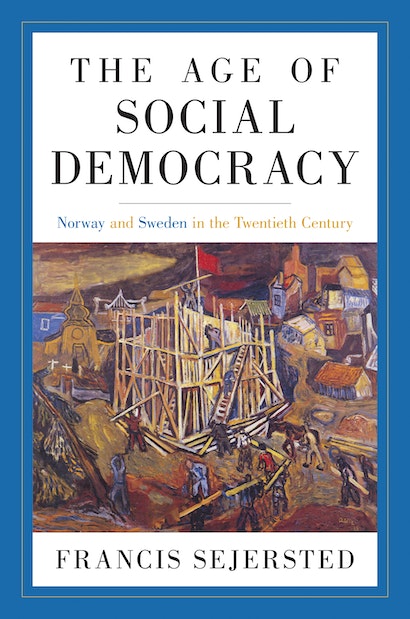 This is the history of how two countries on the northern edge of Europe built societies in the twentieth century that became objects of inspiration and envy around the world. Francis Sejersted, one of Scandinavia’s leading historians, tells how Norway and Sweden achieved a rare feat by realizing grand visions of societies that combine stability, prosperity, and social welfare. It is a history that holds many valuable lessons today, at a time of renewed interest in the Scandinavian model.

The book tells the story of social democracy from the separation of Norway and Sweden in 1905 through the end of the century, tracing its development from revolutionary beginnings through postwar triumph, as it became a hegemonic social order that left its stamp on every sector of society, the economy, welfare, culture, education, and family. The book also tells how in the 1980s, partly in reaction to the strong state, a freedom and rights revolution led to a partial erosion of social democracy. Yet despite the fracturing of consensus and the many economic and social challenges facing Norway and Sweden today, the achievement of their welfare states remains largely intact. 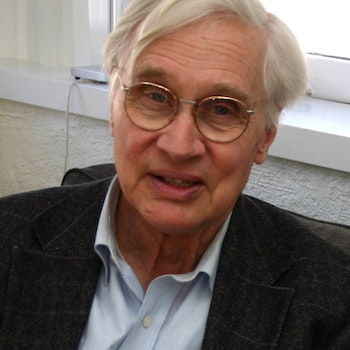 "I hope that every member of the shadow cabinet reads this book."—Vernon Bogdanor, New Statesman

"Historians generally overlook modern Scandinavian history, but Scandinavia's remarkable social stability and prosperity in a century of European turbulence merits much more attention than it has received. If only to fill this gap, this history of the development and demise of 20th-century Norway's and Sweden's Scandinavian models is highly welcome. The richly detailed work evaluates intertwined economic, political, and cultural history to show how in the 1930s, Norway and Sweden assembled durable farmer-labor coalitions and avoided totalitarian temptations. . . . [The Age of Social Democracy] fills a huge gap in English-language work on Scandinavia, and will prove highly useful for comparative scholarship on the development of industrial democracies and welfare-state politics more generally."—Choice

"There can be no doubt that this is an extremely important—even seminal—contribution, which may be expected to stand as an influential account of the Scandinavian twentieth century for some time."—Mary Hilson, Journal of Modern History

"[A] very well-written and readable overview of an impressive Scandinavian transformation and the achievements of Scandinavian social democracy in the twentieth century."—Robert Geyer, International Affairs

"Drawing upon an extensive array of research from both the social sciences and humanities, Sejersted delivers an account that is almost encyclopedic in terms of the topics reviewed, and one that is likely to become regularly consulted by those seeking a primer in the history of Scandinavian social democracy. It will be, quire simply, the go-to book on the topic."—Gregg Bucken-Knapp, Perspectives on Politics

"[R]ich and multifaceted. . . . [T]he thrust of Sejersted's own analysis is an empirically well based and theoretically articulated discussion."—Kristian Gernera, European Legacy

"This book will be a treasure trove for scholars—and politicians!—who want to understand the workings of the 'Scandinavian model.' Social scientists will value it for the wealth of telling details and compelling counterexamples that can suggest new generalizations and undermine old ones. Historians will appreciate how narrative and analysis acquire depth and relief by the comparison between the intertwined developments of Norway and Sweden, one country now lagging behind and now leaping ahead of its neighbor along economic, political, and cultural dimensions. Politicians will want to understand whether the stable and affluent social democracies rest on unique historical and geographical constellations or offer a model that can be imitated. By virtue of its acute psychological insights and low-key but poignant irony, The Age of Social Democracy is also a marvelously wise book."—Jon Elster, Collège de France and Columbia University

"It is very rare to find this kind of grand historical work today, a synthetic account of a major political movement that spans more than a hundred years and covers two countries. This is a very rich book, addressing numerous subjects, from social insurance, the welfare state project, and labor market policies to university reforms and religious questions. Sejersted demonstrates an almost phenomenal knowledge of the research that has been carried out on the subjects he discusses."—Bo Rothstein, University of Gothenburg

"Sejersted does a masterful job of following and linking the threads of economic and intellectual developments. This is a major work."—Henry Milner, University of Umea, Sweden