Why our approaches to Alzheimer's and dementia are problematic and contradictory 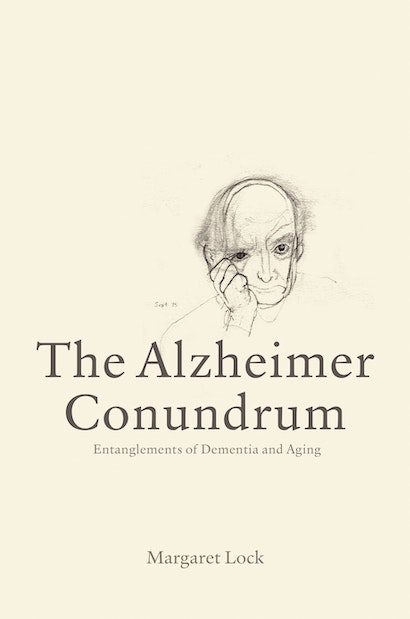 Due to rapidly aging populations, the number of people worldwide experiencing dementia is increasing, and the projections are grim. Despite billions of dollars invested in medical research, no effective treatment has been discovered for Alzheimer’s disease, the most common form of dementia. The Alzheimer Conundrum exposes the predicaments embedded in current efforts to slow down or halt Alzheimer’s disease through early detection of pre-symptomatic biological changes in healthy individuals.

Based on a meticulous account of the history of Alzheimer’s disease and extensive in-depth interviews, Margaret Lock highlights the limitations and the dissent associated with biomarker detection. Lock argues that basic research must continue, but should be complemented by a public health approach to prevention that is economically feasible, more humane, and much more effective globally than one exclusively focused on an increasingly harried search for a cure. 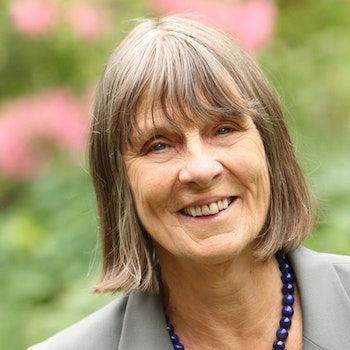 "[A] diligent survey of research, literature, conferences, and interviews. . . . Lock proves that the science of the disease is just as compelling as poignant accounts from caregivers and those suffering from Alzheimer's disease. Lock highlights just how much we don't know, from problems with Alzheimer's pathology, testing, and diagnosis to the search for a drug treatment. . . . While science plugs away at solving the Alzheimer's conundrum, Lock's call for improved care and social support takes on a new urgency."—Publishers Weekly

"[Lock] delivers key concepts in epidemiology, neuroscience and genetics in a way that is both scholarly and free of unnecessary technical details. Lock's bird's-eye view and mix of diverging sources of information is refreshing. . . . For its wide scope and balanced critical evaluation, The Alzheimer Conundrum is an inspiring read for everyone working in the field."—Eus Van Someren, Nature

"Comprehensive, cogent, and densely detailed, The Alzheimer Conundrum provides a useful antidote to media hype about 'silver bullets' that are 'just around the corner' and makes an important contribution to our understanding of an achingly tragic disease that touches virtually all of us."—Glenn Altschuler, Psychology Today

"The Alzheimer Conundrum: Entanglements of Dementia and Aging is a welcome addition to a body of work that has so productively explored the historical contingencies, cultural specificities, and philosophical dilemmas that surround and shape bodies and people's understandings and inhabitances of them."—Aaron Seaman, Somatosphere

"The Alzheimer Conundrum is a gem for young scientists and medical students, and it will challenge them to step back from traditional models, standardised diagnostic procedures and disease specificity to adopt a broader philosophical approach: when is a disease not a disease? . . . Lock's rigorous unpacking of research studies and refusal to accept statements and conclusions from research papers at face value result in a thorough and honest appraisal of the current state of the field. It will be a great help in understanding the confusion and conflicting evidence surrounding this highly important topic."—Rose Anne Kenny, Times Higher Education

"Lock's empirical account is a very welcome addition to the literature on biomedical uncertainty."—Des Fitzgerald, LSE Review of Books

"[W]hether medical researchers or the general reader, this is a meaningful reading."—Liu, Economic Observer

"The Alzheimer Conundrum is an engaging read that, while quite granular in its detail, is never dry. . . . Lock clearly summarizes, synthesizes, and critiques the results from research in molecular biology, genetics, neuroimaging, and epidemiology."—Jason Karlawish, Health Affairs

"The Alzheimer Conundrum is an eloquently reasoned, provocative work."—Choice

"The strength of this book is the in-depth detailing of the limitations of the existing science of Alzheimer's. . . . This book is particularly relevant for researchers in the field of dementia: for those coming from a bio-medical perspective it may help them to be more reflexive about the choices they make in their studies, and for social scientists it may help to further understandings of and potential links with more medically focused research."—Jane Tooke, Journal of Ageing & Society

"Lock's book is balanced, brilliant, and inspirational. . . . The sheer travel, research, and organization that went into its creation are beyond impressive. Its lasting contribution is to leave the thoughtful reader in the AD field pondering the notion of a conundrum—after all, riddles abound in many aspects of our lives, always pointing to uncertainty."—Daniel R. George and Peter J. Whitehouse, Culture, Medicine, & Psychiatry

"The Alzheimer Conundrum is a provocative account of why Alzheimer's disease (AD) is such a puzzling mix of scientific hypotheses, research agendas, pharmaceutical interests, funding objectives, and theories of aging. . . . A timely critique of the disease model and its cultural consequences. The book’s appeal is that it takes readers beyond scientific fields to consider social, historical, and cross-cultural dimensions of AD that broaden conceptual debates about mind and body, nature and nurture, and normal and pathological."—Stephen Katz, Bulletin of the History of Medicine

"Lock's book is both a timely and incisive analysis of the dynamics of research, practice and policy in the domain of dementia, and a polemic about how this dynamic affects people living with dementia, and ultimately the way we engage with and manage aging processes as a society."—Tiago Moreira, New Genetics and Society

"Bringing together an anthropology of predictive medicine with a social study of science, and discussing recent biological discoveries as well as crucial public health problems, The Alzheimer Conundrum offers an insightful approach to the uncertain boundaries between aging and dementia, and brilliantly revisits the philosophical theme of the normal and pathological. Evocatively written, it is a major contribution to the understanding of one of the most perplexing and tragic issues of our time."—Didier Fassin, Institute for Advanced Study

"The Alzheimer Conundrum is a must-read for all who are interested in how society and researchers frame the investigation of Alzheimer's disease and its effects on the aging global population. Lock has woven the individual threads of the scientific discussion and debate about dementia into a magnificent tapestry, prompting us to question our assumptions and perceptions. A compelling book."—Carol Brayne, University of Cambridge

"The Alzheimer Conundrum is an eye-opening analysis of the tangles of diagnoses and treatments for Alzheimer's as they are experienced by clinicians, researchers, patients, and their families. Lock's nuanced exploration of the risk and uncertainty surrounding genetic knowledge about the brain brings the anthropology of medicine and science to an entirely new and unsurpassed level."—Emily Martin, author of Bipolar Expeditions

"A riveting plunge into the genomics and neuroscientific epidemiology of this much-feared disease, Margaret Lock's The Alzheimer Conundrum convincingly shows why scientists are unlikely to untangle the causes of Alzheimer's disease anytime soon. This superb contribution to science studies exposes the existential dilemma we all confront: what will our globalized societies do to care for our rapidly aging populations?"—Rayna Rapp, New York University

"This book is an excellent treatment of the intricacies of Alzheimer's disease—what it is, what it isn't, what it might be—and deals with its genetic, diagnostic, and predictive uncertainties. In thoroughly exploring the current state of Alzheimer's, the book sheds light on what makes most diseases complex."—Kenneth Weiss, Pennsylvania State University