How digital networks are transforming art and architecture 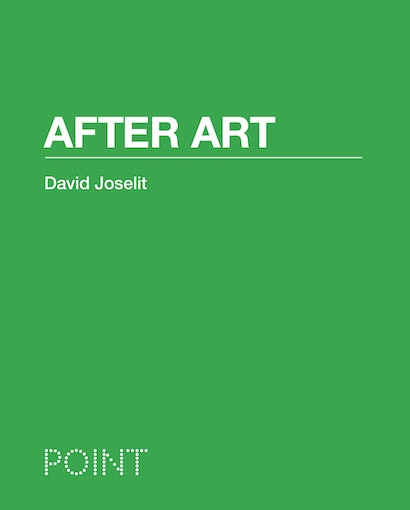 Art as we know it is dramatically changing, but popular and critical responses lag behind. In this trenchant illustrated essay, David Joselit describes how art and architecture are being transformed in the age of Google. Under the dual pressures of digital technology, which allows images to be reformatted and disseminated effortlessly, and the exponential acceleration of cultural exchange enabled by globalization, artists and architects are emphasizing networks as never before. Some of the most interesting contemporary work in both fields is now based on visualizing patterns of dissemination after objects and structures are produced, and after they enter into, and even establish, diverse networks. Behaving like human search engines, artists and architects sort, capture, and reformat existing content. Works of art crystallize out of populations of images, and buildings emerge out of the dynamics of the circulation patterns they will house.

Examining the work of architectural firms such as OMA, Reiser + Umemoto, and Foreign Office, as well as the art of Matthew Barney, Ai Weiwei, Sherrie Levine, and many others, After Art provides a compelling and original theory of art and architecture in the age of global networks.

David Joselit is the Carnegie Professor of the History of Art at Yale University. His books include American Art Since 1945 (Thames & Hudson) and Feedback: Television against Democracy.

"Joselit, a Yale professor and critic whose previous writings have assiduously observed the intersection of art and tech, lays his argument out with pedagogic steadiness."—Art Review

"[After Art] is insightful and offers countless examples of the cultural and political forces influencing creative arts. . . . [W]ell-referenced and clearly written."—Choice

"Joselit points out a stimulating journey through recent art and architecture where his discourse functions as a sort of guide, complete with images and diagrams, within the illuminating text."—Kieran Lyons, Leonardo Reviews

"Standing at the intersection of media studies, architectural criticism, and art history, David Joselit's After Art confronts the question of contemporary art in an age of proliferating networks. Joselit tracks the literal and epistemic 'states of form' of recent visual culture and offers a powerful new model for thinking about art's circulation and currency."—Pamela M. Lee, Stanford University

"David Joselit's concisely argued After Art might well have been entitled After Aura as he elegantly replies to Walter Benjamin's sense of art's loss of power with the introduction of technological reproduction. Instead, Joselit makes a persuasive case for the reinvigoration of the power of the image in contemporary artistic and architectural production as a result of the distributive capacity of communication networks."—Anthony Vidler, The Cooper Union

"Pertinent and intelligent, After Art will be of great interest to art historians and readers of contemporary art and media theory."—Sylvia Lavin, author of Kissing Architecture