A richly illustrated cultural history of the midcentury pulp paperback 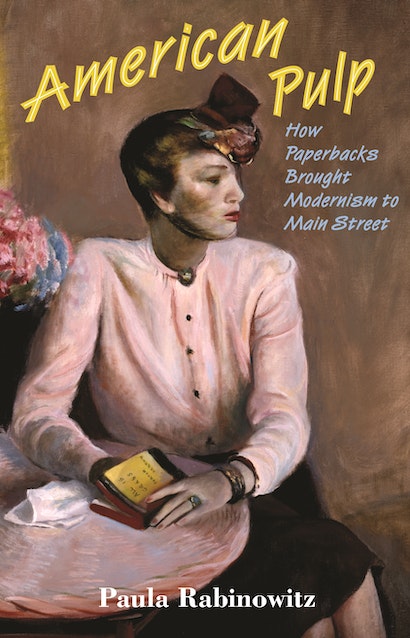 “There is real hope for a culture that makes it as easy to buy a book as it does a pack of cigarettes.”—a civic leader quoted in a New American Library ad (1951)

American Pulp tells the story of the midcentury golden age of pulp paperbacks and how they brought modernism to Main Street, democratized literature and ideas, spurred social mobility, and helped readers fashion new identities. Drawing on extensive original research, Paula Rabinowitz unearths the far-reaching political, social, and aesthetic impact of the pulps between the late 1930s and early 1960s.

Published in vast numbers of titles, available everywhere, and sometimes selling in the millions, pulps were throwaway objects accessible to anyone with a quarter. Conventionally associated with romance, crime, and science fiction, the pulps in fact came in every genre and subject. American Pulp tells how these books ingeniously repackaged highbrow fiction and nonfiction for a mass audience, drawing in readers of every kind with promises of entertainment, enlightenment, and titillation. Focusing on important episodes in pulp history, Rabinowitz looks at the wide-ranging effects of free paperbacks distributed to World War II servicemen and women; how pulps prompted important censorship and First Amendment cases; how some gay women read pulp lesbian novels as how-to-dress manuals; the unlikely appearance in pulp science fiction of early representations of the Holocaust; how writers and artists appropriated pulp as a literary and visual style; and much more. Examining their often-lurid packaging as well as their content, American Pulp is richly illustrated with reproductions of dozens of pulp paperback covers, many in color.

A fascinating cultural history, American Pulp will change the way we look at these ephemeral yet enduringly intriguing books.

Paula Rabinowitz is professor emerita of English at the University of Minnesota. She is the author of Black & White & Noir: America's Pulp Modernism. 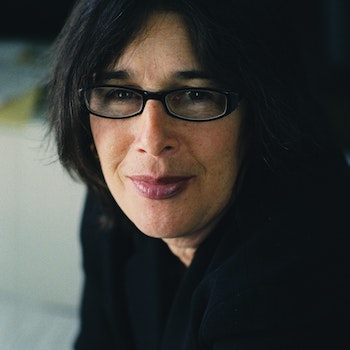 "Rabinowitz's work is a prime example of literary scholarship and essential key to the history of American publishing."—Publishers Weekly

"Rabinowitz makes a persuasive case for the role of pulp in widening the landscape of Americans' experience. . . . An ardent collector of pulp fiction, Rabinowitz brings to this scholarly study a passion for the genre and an authoritative analysis of its meaning in American culture."—Kirkus Reviews

"[Rabinowitz] writes with briskness and acuity. The historical richness of the material is leavened by a lively, broadminded, and humane sense of her culture. But most important, she writes with affection for the profound effects of her subject."—Ron Slate, On the Seawall

"Alluring topics and insightful writing make this a book that should appeal to anyone interested in how reading—and books—change us."—David Keymer, Library Journal

"Offers a thoughtful, provocative take on pulp and its influence on American culture, in art, in film—and how the dime-store publications provided new platforms for gay, lesbian, and African American writers, too."—Steven Rea, Philadelphia Inquirer

"Paula Rabinowitz has written a fascinating book with much in it to interest anyone curious about aspects of publishing in the 1940s and 1950s. It has a striking cover, ample notes, and some fascinating illustrations."—Jim Burns, Northern Review of Books

"Paula Rabinowitz's exquisite and startling new book about the ‘golden age' of U.S. pulp publishing, from the late 1930s to the early 1960s, is rightly confident in the originality of its enterprise. Gorgeously illustrated, American Pulp audaciously sets in motion at least a half-dozen crisscrossing storylines to create a new cartography of pulp performance."—Alan Wald, International Viewpoint

"This intimate relationship to pulp as object can be traced throughout the book; it seems like a work born of passion, the result of a decade-long love affair with a disposable medium meant to be consumed and thrown away. Yet it is not only the object—and its use by publishing houses, writers, and artists—that she explores, but also the complex and diverse interfaces with the reader, both individual and collective consumers of the pulp book. . . . An overall enjoyable experience."—Vera Benczik, Hungarian Journal of English and American Studies

"[Rabinowitz's] impeccably researched and passionately written book is an important contribution to the scholarly work on the histories of modernism and 20th-century publishing, and a demonstration of the political possibilities of popular forms."—Sean Cashbaugh, Science & Society

"Rabinowitz' scholarship on the subject of pulp is exceptional, often brazenly creative in her ability to conflate cultural events and cultural moods behind what should have been the quickly forgotten history of pulp."—Alex P. Grover, Publishing Research Quarterly

"Charismatic. . . . Rabinowitz passionately transforms our understanding of American literary history, opening a more accurate view, by expanding and redefining the empirical grounds and limits of what constitutes meaningful and impactful literature and culture in the United States. . . . American Pulp is a landmark work of criticism that maps out new territory for scholars to continue exploring and filling out as we attempt to understand our nation, its people, and our cultural past and future possibilities."—Tim Libretti, Modern Philology

"Very excellent. . . . A real impressive study about the various genres of pulps. . . . I truly suggest to everyone this book."—Anna Maria Polidori, Al Femminile

"Paula Rabinowitz's eloquent and persuasive history of mid-twentieth-century pulp paperbacks provides long-overdue recognition of the role these physically humble but culturally powerful books played in our society. The pulps were scorned by literary critics and flayed by clucking Congressional committees, fearful of their effect on the young. But, as Rabinowitz shows, they were carriers of literacy, modernity, and cultural awareness such as America had never seen before. We who wrote pulps never dreamed that a sophisticated and caring critic would one day give our efforts such thoughtful attention."—Ann Bannon, author of The Beebo Brinker Chronicles (1957–1962)

"American Pulp is a masterful achievement—elegantly written, impressive in scope, keenly attentive to nuance, and essayistic in the best sense of the word. Deftly interweaving published reminiscences, archival material, and personal memories and anecdotes, Rabinowitz provides a cultural history of how the pulps helped fashion new identities in midcentury America. She also chronicles an American love affair with books, reminding us that they are an essential part of cultural experience."—Priscilla Wald, Duke University

"American Pulp is a fast-paced, historically rich, and often moving study of the public and private lives of mass-market paperbacks in midcentury America. Rabinowitz traces how the pulps repackaged elite modernist literature for a diverse popular audience that included women, African Americans, sexual minorities, and the working class. And she analyzes the pulps' infamous cover illustrations just as skillfully as she illuminates the texts they surrounded."—William J. Maxwell, Washington University in St. Louis