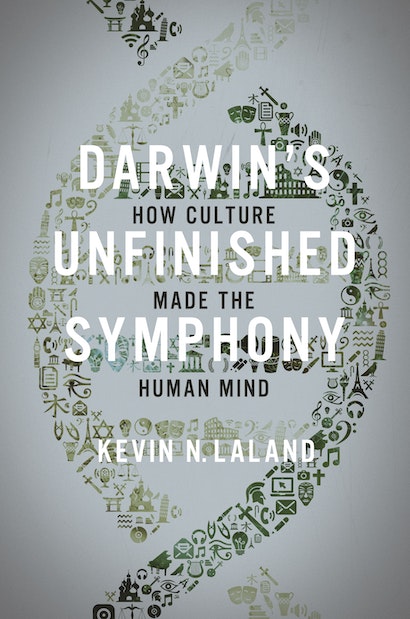 Humans possess an extraordinary capacity for cultural production, from the arts and language to science and technology. How did the human mind—and the uniquely human ability to devise and transmit culture—evolve from its roots in animal behavior? Darwin’s Unfinished Symphony presents a captivating new theory of human cognitive evolution. This compelling and accessible book reveals how culture is not just the magnificent end product of an evolutionary process that produced a species unlike all others—it is also the key driving force behind that process.

Kevin Laland shows how the learned and socially transmitted activities of our ancestors shaped our intellects through accelerating cycles of evolutionary feedback. The truly unique characteristics of our species—such as our intelligence, language, teaching, and cooperation—are not adaptive responses to predators, disease, or other external conditions. Rather, humans are creatures of their own making. Drawing on his own groundbreaking research, and bringing it to life with vivid natural history, Laland explains how animals imitate, innovate, and have remarkable traditions of their own. He traces our rise from scavenger apes in prehistory to modern humans able to design iPhones, dance the tango, and send astronauts into space.

This book tells the story of the painstaking fieldwork, the key experiments, the false leads, and the stunning scientific breakthroughs that led to this new understanding of how culture transformed human evolution. It is the story of how Darwin’s intellectual descendants picked up where he left off and took up the challenge of providing a scientific account of the evolution of the human mind.

Kevin N. Laland is professor of behavioral and evolutionary biology at the University of St Andrews. His books include Social Learning: An Introduction to Mechanisms, Methods, and Models and Niche Construction: The Neglected Process in Evolution (both Princeton). 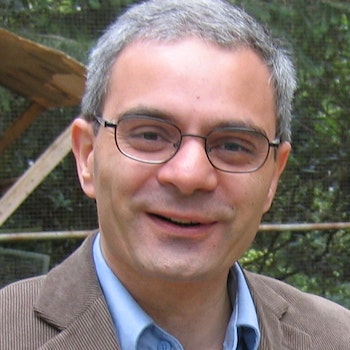 "Darwin was certainly aware of the importance of human culture, but under Mr. Laland's sophisticated interpretation, cultural innovations did not merely respond to environmental challenges but also helped create the elaborate surroundings within which natural selection made us what we are today. Besides illuminating the interaction between biological and cultural evolution, he gives suitable attention to recent discoveries in the new field of ‘cognitive ethology,' which has revealed astounding mental capacities on the part of our animal relatives. . . . Mr. Laland is one of those rare biologists who have personally studied the processes—notably in fishes and rats—whereby animals learn and transmit their learning and who has also applied mathematical models to the spread of cultural traditions among human beings and other species. The evolution of learning is a well-trodden research path, but Darwin's Unfinished Symphony may be the first book-length integrated account of the evolution of teaching."—David Barash, Wall Street Journal

"[Laland] describes a decade's worth of his and others’ research, culminating in a comprehensive and fascinating solution to the vexing problem of the human mind."—Publishers Weekly

"In Darwin's Unfinished Symphony Kevin Laland makes a powerful case that culture drove much of our species’ genetic evolution over the past few million years. . . . Darwin’s Unfinished Symphony makes a compelling case that elegantly seats humans within the natural world, while at the same time explaining our peculiar uniqueness."—Joseph Henrich, Science

"This well-researched book establishes how cognitive processes are essential for ‘cumulative' learning, finding links ‘between teaching, language, and cumulative culture.’ After years of studying human culture and the human mind, Laland concludes that other evolutionarily advanced animals do not possess human attributes, as is often claimed."—Choice

"As Laland reveals, human endeavour is a vast, cooperative effort that cannot be explained by natural selection alone. . . . Our success, he argues, is not down to language, tool-use, empathy or any other single factor, but rather a 'whirlpool' of cultural and biological processes. In this book, he scours the animal kingdom for clues to why we are a species apart."—Stuart Blackman, BBC Wildlife Magazine

"Darwin's Unfinished Symphony is accessible to the general reader and well researched. It is an enjoyable and valuable place to begin or to top up your understanding of our enigmatic existence."—Mark Pagel, New Scientist

"An excellent and thorough discussion of how human culture in feedback loops adapted the mind to tackle ever increasing complex social and technological problems. . . . I highly recommend Kevin Laland's book Darwin's Unfinished Symphony for biologists and students in the humanities alike. After decades of work and thought the book captures and explains in detailed, lucid prose important findings in cultural evolution and the extended evolutionary synthesis."—Gregory F. Tague, Consciousness Literature and the Arts

"This is a very impressive interdisciplinary work about cultural evolution that draws on the author's research over a 30-year period about the ways in which culture drives the development of the human mind, addressing the fundamental question about how evolutionary processes have resulted in our unique human heritage."—David Lorimer, Paradigm Explorer

"Behavioural and evolutionary biologist, Kevin Laland shows how learned and socially transmitted activities of our ancestors shaped our intellectual abilities through accelerating cycles of evolutionary feedback. Drawing on his own research, Professor Laland explains how animals imitate, innovate, and have remarkable traditions of their own. . . . This engaging book will appeal to people who wish to understand human nature and civilization, whether philosophers, scientists and those with a curious mind."—Forbes.com

"A persuasively comprehensive account that not only brings forward exciting and thought-provoking new theses but is also accessible to a wider public."—Anders Klostergaard Petersen, Journal of Cognitive Historiography

"All Human Ethologists should read this book. It is not that it is just well written but that the quality, style and creativity of thought behind it is an object lesson in how this area of science ought to be conducted."—John Richer, Human Ethology

"With relentless determination and passion, Laland has accumulated a wealth of data and ideas from his experimental studies of social learning in many species. Spanning many disciplines, he weaves a rich, sophisticated, and ever-changing tapestry, showing us how the coevolution of cultural practices and products has shaped both the most mundane and extraordinary aspects of human life."—Eva Jablonka, Tel Aviv University

"A most enjoyable and rewarding book that investigates many of humans' greatest achievements—from language to art—from the perspective of animals and evolution. Ranging across many different topics, Laland brings together processes of biological and cultural evolution in unique and fascinating ways to explain what it means to be human."—Michael Tomasello, codirector of the Max Planck Institute for Evolutionary Anthropology

"Kevin Laland's wonderful book explores the evolutionary origins of human culture. He argues that what separates us from the rest of the animal kingdom is our particular talent for precisely imitating others, coupled with our ability to transfer potentially huge amounts of information across time and space. As such, culture is the key to explaining the ‘entangled bank’ of human nature—Darwin would be proud."—Nicky Clayton, University of Cambridge

"Kevin Laland is one of the pioneers in the modern study of cultural evolution. Darwin's Unfinished Symphony draws on his large and important body of work, showing how culture—socially transmitted knowledge—is what has made humans so successful as a species."—Robert Boyd, coauthor of Not by Genes Alone: How Culture Transformed Human Evolution

"Truly impressive. Laland presents a new theory of cognitive evolution that is deeply grounded in evolutionary theory and comparative analyses, but which doesn't make the twin mistakes of exalting humans at the expense of other species or overplaying the continuity between the two. He also demonstrates beautifully why human cultural evolution has remained an evolutionary puzzle for so long."—Louise Barrett, author of Beyond the Brain: How Body and Environment Shape Animal and Human Minds