The first history of indigenous photography in the Middle East 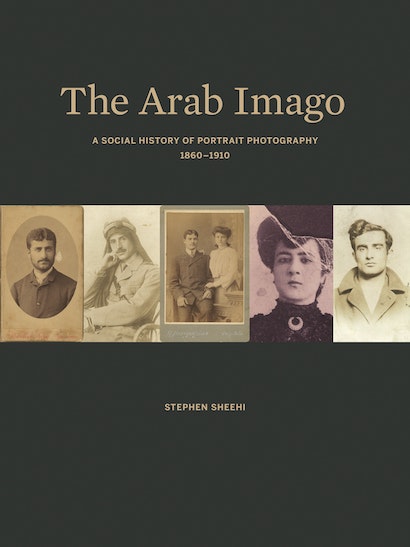 The birth of photography coincided with the expansion of European imperialism in the Middle East, and some of the medium’s earliest images are Orientalist pictures taken by Europeans in such places as Cairo and Jerusalem—photographs that have long shaped and distorted the Western visual imagination of the region. But the Middle East had many of its own photographers, collectors, and patrons. In this book, Stephen Sheehi presents a groundbreaking new account of early photography in the Arab world.

The Arab Imago concentrates primarily on studio portraits by Arab and Armenian photographers in the late Ottoman Empire. Examining previously known studios such as Abdullah Frères, Pascal Sébah, Garabed Krikorian, and Khalil Raad, the book also provides the first account of other pioneers such as Georges and Louis Saboungi, the Kova Brothers, Muhammad Sadiq Bey, and Ibrahim Rif’at Pasha—as well as the first detailed look at early photographs of the annual pilgrimage to Mecca. In addition, the book explores indigenous photography manuals and albums, newspapers, scientific journals, and fiction.

Featuring extensive previously unpublished images, The Arab Imago shows how native photography played an essential role in the creation of modern Arab societies in Egypt, Palestine, Syria, and Lebanon before the First World War. At the same time, the book overturns Eurocentric and Orientalist understandings of indigenous photography and challenges previous histories of the medium.

Stephen Sheehi is the Sultan Qaboos bin Said Chair of Middle East Studies at the College of William and Mary. He is the author of Foundations of Modern Arab Identity and Islamophobia: The Ideological Campaign against Muslims.

"The book is an ambitious and theoretically challenging study, a significant and original work of social analysis. . . . What makes the book unique is the fact that it offers an explicit answer to the master narratives of 'the history of Middle Eastern photography' by switching the focus of interest from photography in the service of the colonizers to an interest in the history of the photography of the late Ottoman Arab world. . . . Sheehi provides, as well as an extraordinarily informative book, an initial path through the unexplored universe of indigenous photographers, studios, and studio practices of the Ottoman Arab world. . . . The Arab Imago is fundamental reading for scholars not only of the history of photography, but also of the modern Middle East."—Carmen Pérez González, CAA Reviews

"A valuable contribution. . . . Sheehi's text is a deep scholarly investigation of portrait photography in the late nineteenth and early twentieth centuries that lays out a new methodology for examining historical photographs from indigenous photographers of the Ottoman world and potentially other regions of the global South, thereby adding an important, missing element to the field of photo-history."—Tina Barouti, H-AMCA, H-Net Reviews

"An ambitious project . . . [that] charts new trails in the social history of Middle Eastern photography."—Hala Auji, The Art Bulletin

"A notable contribution to the study of photography in the Middle East. . . . There is much to learn from The Arab Imago."—Ahmet A. Ersoy, History of Photography

"A vital book that will appeal to Ottoman social historians and historians of photography alike and that will inspire and facilitate further research in the field."—Mirjam Brusius, Critical Inquiry

"Every so often a new book surfaces that challenges historians with a perspective so innovative that it broadens our perception of photographic history. Stephen Sheehi’s latest monograph, The Arab Imago: A Social History of Portrait Photography, 1860-1910, is one such publication, inciting us to newly consider a little known subsection of photography, transforming the unfamiliar into the familiar through an expertly rigorous discourse that carefully avoids the pitfalls of Orientalism."—Nissan N. Perez, Journal of Arabic Literature

"We have been waiting for effective global histories of photography to disturb and decenter the questions we ask—not globalized histories, radiating out in a familiar narrative of export, influence, and derivation, but histories that start elsewhere. Stephen Sheehi's The Arab Imago, a social history of indigenous photography in the Ottoman Arab world, is a model for this. It provincializes the history we have and irrevocably pluralizes both photographies and the interwoven modernities of which they were part."—John Tagg, Binghamton University, author of The Disciplinary Frame: Photographic Truths and the Capture of Meaning

"Hugely original, both empirically and theoretically, this is a superbly ambitious book. Sheehi helps the reader escape from the familiar landscape of colonial representation into the complex terrain of indigenous photography, which is filled with images and practices that will provoke new kinds of debates. The Arab Imago disorders a world we thought we knew in ways that will be highly productive."—Christopher Pinney, University College London, author of Photography and Anthropology

"The Arab Imago is a remarkable and timely book that will make a significant contribution to Middle East studies and to the theory and history of photography. Sheehi's discussion of indigenous photography in the Arab world sheds new and much-needed light on photography's other histories."—Ali Behdad, UCLA, author of Camera Orientalis: Reflections on Photography of the Middle East

"The Arab Imago successfully presents us with an alternative history of photography in the Arab world during the late Ottoman Empire. This original and informative book will be an important source for scholars and students of photography and Middle Eastern modernity."—Issam Nassar, Illinois State University, author of European Portrayals of Jerusalem