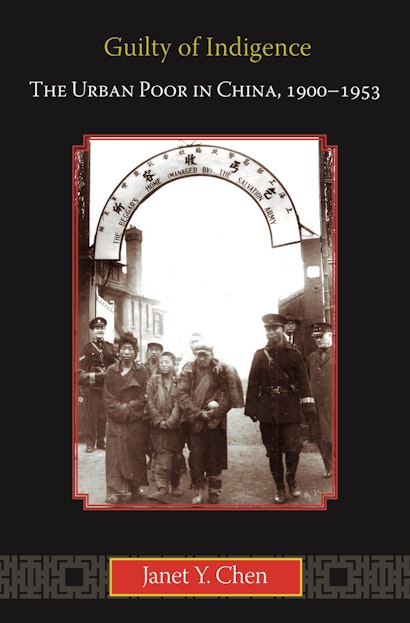 In the early twentieth century, a time of political fragmentation and social upheaval in China, poverty became the focus of an anguished national conversation about the future of the country. Investigating the lives of the urban poor in China during this critical era, Guilty of Indigence examines the solutions implemented by a nation attempting to deal with “society’s most fundamental problem.” Interweaving analysis of shifting social viewpoints, the evolution of poor relief institutions, and the lived experiences of the urban poor, Janet Chen explores the development of Chinese attitudes toward urban poverty and of policies intended for its alleviation.


Chen concentrates on Beijing and Shanghai, two of China’s most important cities, and she considers how various interventions carried a lasting influence. The advent of the workhouse, the denigration of the nonworking poor as “social parasites,” efforts to police homelessness and vagrancy — all had significant impact on the lives of people struggling to survive. Chen provides a crucially needed historical lens for understanding how beliefs about poverty intersected with shattering historical events, producing new welfare policies and institutions for the benefit of some, but to the detriment of others.


Drawing on vast archival material, Guilty of Indigence deepens the historical perspective on poverty in China and reveals critical lessons about a still-pervasive social issue. 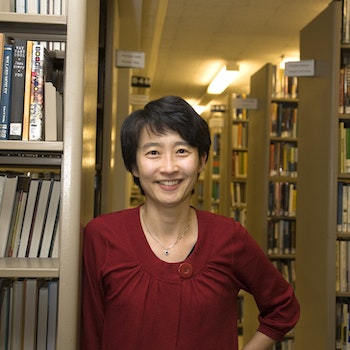 "The book does a marvelous job of analyzing the discourse surrounding poverty in China. [I]t certainly belongs on the short list of pioneering studies . . . that offer sophisticated analyses of the lives of illiterate, unprivileged men and women in Chinese cities in the decades before establishment of the People's Republic of China in 1949."—Kristin Stapleton, American Historical Review

"This book makes an important contribution to the field of modern Chinese history. . . . Janet Y. Chen provides new insight into how the notion of poverty was redefined during this tumultuous and complicated period. Although the ideas and arguments are complex and sophisticated, this is a clearly argued and crisply written book, one that could be easily used in part or in whole in an upper division undergraduate course."—Hong-Ming Liang, Historian

"This book is a veritable model of a social history monograph—one that aspiring PhD students would do well to emulate. . . . It is unusual for a monograph so firmly placed within social history to be as attentive to the unenviable positions in which both weak governments and weak citizens found themselves, but in this Chen's work more than succeeds."—Julia C. Strauss, China Journal

"In this surprising and creative book, Janet Chen shows that early twentieth-century Chinese intellectuals, officials, philanthropists, and police in China's cities came to see poverty and the poor very differently from their late imperial predecessors—with often drastic consequences for those so categorized. Meanwhile, beggars, refugees, orphans, and others not only struggled to survive, but to make themselves heard in ways that might lead to help, or at least avert punishment—and Chen captures those struggles in prose that is both poignant and analytically powerful. Sensitive to details and ever mindful of the big picture, this is social history of the highest caliber."—Kenneth Pomeranz, author of The Great Divergence: China, Europe, and the Making of the Modern World Economy

"Guilty of Indigence is a wonderful book, full of insights on the history of poverty in different regions and periods. It is both a history of the lives of the poor in twentieth-century China—on the basis of extraordinary research in Shanghai and Beijing—and an illuminating investigation into changing ideas of poverty. It will be important to historians, sociologists, and economists, and to scholars of Europe, America, and Asia."—Emma Rothschild, author of The Inner Life of Empires: An Eighteenth-Century History

"This is an important and novel book about a widespread Chinese problem: poverty. No other book profiles a social class of people, and the ideas and culture that surround them, so well and so decisively. With first-rate research and previously underutilized archival material, Guilty of Indigence completes our picture of urban China in a vital and dynamic fashion."—David Strand, Dickinson College

"This is a wonderful book, elegantly written and carefully researched. Using well-made arguments and impressive detail, it moves fluidly between the social histories of Shanghai and Beijing, and brings to life the experiences of individuals who are generally left out of historical narratives. A significant and engaging read."—Jeffrey Wasserstrom, author of China in the 21st Century: What Everyone Needs to Know