An accessible book that examines the mathematics of weather prediction 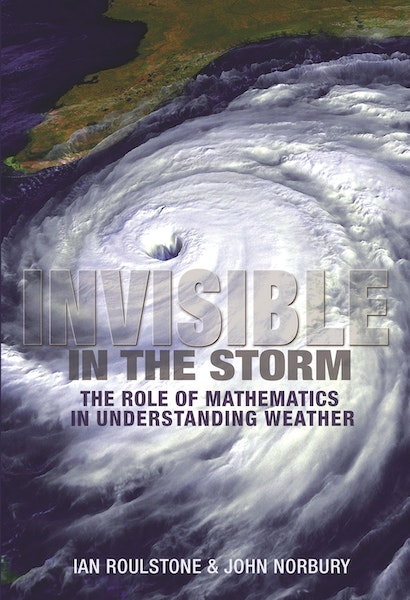 Invisible in the Storm is the first book to recount the history, personalities, and ideas behind one of the greatest scientific successes of modern times—the use of mathematics in weather prediction. Although humans have tried to forecast weather for millennia, mathematical principles were used in meteorology only after the turn of the twentieth century. From the first proposal for using mathematics to predict weather, to the supercomputers that now process meteorological information gathered from satellites and weather stations, Ian Roulstone and John Norbury narrate the groundbreaking evolution of modern forecasting.

The authors begin with Vilhelm Bjerknes, a Norwegian physicist and meteorologist who in 1904 came up with a method now known as numerical weather prediction. Although his proposed calculations could not be implemented without computers, his early attempts, along with those of Lewis Fry Richardson, marked a turning point in atmospheric science. Roulstone and Norbury describe the discovery of chaos theory’s butterfly effect, in which tiny variations in initial conditions produce large variations in the long-term behavior of a system—dashing the hopes of perfect predictability for weather patterns. They explore how weather forecasters today formulate their ideas through state-of-the-art mathematics, taking into account limitations to predictability. Millions of variables—known, unknown, and approximate—as well as billions of calculations, are involved in every forecast, producing informative and fascinating modern computer simulations of the Earth system.

Accessible and timely, Invisible in the Storm explains the crucial role of mathematics in understanding the ever-changing weather. 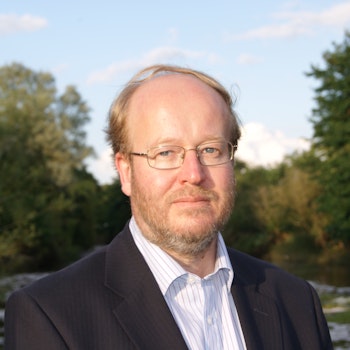 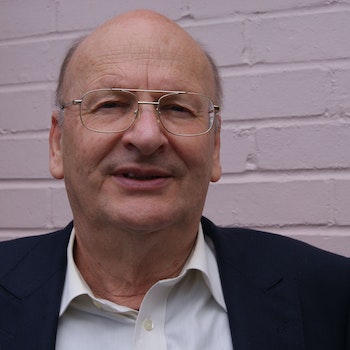 "Mathematicians Ian Roulstone and John Norbury demystify the maths behind meteorology. Trailblazers' work is vividly evoked, from eighteenth-century mathematician Leonhard Euler on hydrostatics to physicist Vilhelm Bjerknes's numerical weather prediction. The pace cranks up with twentieth-century advances such as Jule Gregory Charney's harnessing of the gargantuan ENIAC computer for his work in the 1940s and 1950s on forecasting pressure patterns."—Nature

"[O]ne of the great strengths of the book is the way it picks apart the challenge of making predictions about a chaotic system, showing what improvements we might yet hope for and what factors confound them."—Philip Ball, Prospect

"A welcome and authoritative account of the 20th-century contributions of mathematically sophisticated meteorologists such as Vilhelm Berknes (1862—1951), Carl-Gustav Rossby (1898—1957), Jule Charney (1917—1981), and Ed Lorenz (1917—2008). . . . Clearly, this book is informative and inspirational, leaving plenty of room for innovations by future generations of mathematicians and modelers."—James Rodger Fleming, MAA Reviews

"This book gives a deep insight of the mathematics involved in the forecast of weather. . . . The authors have done a brilliant work to collect a huge amount of historical information, as well as mathematical information, but keeping always a level in the explanations that makes the text accessible to undergraduate students in the first years, and even to people not so familiar with mathematics. All in all, this is a very interesting and enjoyable reading."—Vicente Muñoz, European Mathematical Society

"Takes readers on a journey, starting with the initial vision of Bjerknes, and then leads them through the early unsuccessful hand-calculated attempts at forecasting the weather mathematically, progressing to the use of early electronic computers which, even though successful, could not produce a timely forecast. It concludes by describing the current methods of Numerical Weather Prediction . . . a book that will appeal to the intelligent 'popular science' enthusiast without disengaging the more theoretically-versed reader."—David-John Gibbs, Weather

"UK mathematicians Roulstone and Norbury provide a lively account of the evolution of numerical weather prediction, focusing on the individuals involved in advancing measurement of atmospheric properties and the implementation of numerical methods to describe and predict atmospheric processes. . . . This unique historical narrative will interest scholars of the history and philosophy of science."—Choice

"Roulstone and Norbury do well within the constraints of this species of book. The story they tell is far from exhausted. I hope they write a sequel!"—John P. Boyd, Mathematical Reviews

"[A] fascinating account of science's admirable but ultimately inadequate attempts to get to grips with the natural environment upon which we depend for life itself, but which is equally capable of visiting death and destruction upon us."—Jonathan Gornall, The National

"[T]he authors have done well to create a book that will appeal to the intelligent 'popular science' enthusiast without disengaging the more theoretically-versed reader."—David-John Gibbs, Weather

"Accessible and timely, Invisible in the Storm explains the crucial role of mathematics in understanding the ever-changing weather."—Nina Shokina, Zentralblatt MATH

"[T]his is a well-written book giving a generally clear and accessible account of how weather forecasts are prepared. The historical detail enlivens the narrative and makes for an enjoyable read. The authors have considerable knowledge and expertise, and the book is scientifically sound. It can be warmly recommended to anyone who wishes to understand, in broad terms, how modern weather forecasts are made and how we may use models of the atmosphere to anticipate changes in the earth's climate."—Peter Lynch, Notices of the AMS

"This very readable book provides an excellent insight into the history of forecasting the weather, with a considerable, but not too challenging, mathematical bent."—Colin J W Czapiewski, Actuary

"Invisible in the Storm: The Role of Mathematics in Understanding Weather explores how mathematics and meteorology come together to improve weather and climate prediction, taking readers on a fascinating journey through the work of trailblazing scientists over the past 100 years."—University of Surrey website

"I really enjoyed reading the book and I would recommend it to specialists who want to get an overview of the history of numerical weather prediction. I think it is also well worth reading for anyone who wishes to understand the developments in the science of meteorology that has led to the present level of forecast skill."—Erland Kallen, ECMWF Newsletter

"Roulstone and Norbury have done an outstanding job and provide readers a fine bibliography to continue their education on this fascinating topic."—Robert E. O'malley, Jr., SIAM Review

"[T]his is a well-written book giving a generally clear and accessible account of how weather forecasts are prepared. The historical detail enlivens the narrative and makes for an enjoyable read. The authors have considerable knowledge and expertise, and the book is scientifically sound. It can be warmly recommended to anyone who wishes to understand, in broad terms, how modern weather forecasts are made, and how we may use models of the atmosphere to anticipate changes in the Earth's climate."—Peter Lynch, Irish Math Society Bulletin

"This book is highly readable and gives a bird's eye view of development of meteorology. . . . It is strongly recommended to practitioners of meteorology and those interested in understanding this complex subject."—Ravi S. Nanjundiah, Current Science

"The authors have to be applauded for having succeeded in writing a very entertaining and accessible book. . . . The book must be considered essential reading for anyone interested in the history and mathematics of weather prediction."—Sebastian Reich, Jahresbericht der DMV

"I recommend Invisible in the Storm both to mathematics undergraduates and educators who are interested in applied mathematics, weather forecasting, or both."—Steven Boyce, Mathematics Teacher

"With illuminating descriptions and minimal technicality, Invisible in the Storm provides a vivid historical perspective on how the development of mathematical ideas, together with modern computer technology, has completely transformed our ability to understand and predict the weather. This is a gripping and highly informative book."—Roger Penrose, author of Cycles of Time: An Extraordinary New View of the Universe

"As a TV weather forecaster for over forty years, I have always maintained that meteorology depends on mathematics for meaning. Making this conclusive point, Invisible in the Storm takes readers on an intriguing journey through the history of meteorology, revealing the critical role of mathematics from the earliest days of weather predicting to the current age of computer-generated forecasts. This book guides you inside the storm, where math's importance is clearly visible."—Spencer Christian, chief weather forecaster at ABC-7 News/KGO-TV, San Francisco

"This is a very readable account of why it is possible to forecast the weather with useful accuracy. Focusing on historical background, this well-researched and scientifically accurate book shows how the work of some of the greatest scientists of the past laid the foundations exploited in modern weather forecasting. I am not aware of any other book that covers this ground for a general scientific audience."—M. J. P. Cullen, author of A Mathematical Theory of Large-Scale Atmosphere/Ocean Flow

"The tremendous improvement in weather prediction capabilities during the twentieth century is among the greatest success stories of the scientific approach to the understanding of nature. Combining a historical account with a qualitative/geometric approach, this enjoyable book makes that story accessible to a wider scientifically educated audience."—Sebastian Reich, University of Potsdam