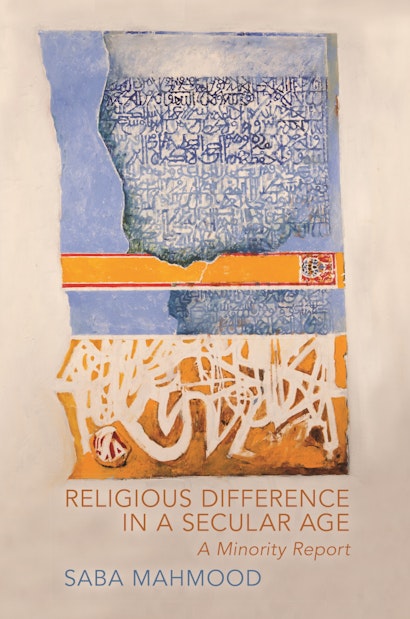 The plight of religious minorities in the Middle East is often attributed to the failure of secularism to take root in the region. Religious Difference in a Secular Age challenges this assessment by examining four cornerstones of secularism—political and civil equality, minority rights, religious freedom, and the legal separation of private and public domains.

Drawing on her extensive fieldwork in Egypt with Coptic Orthodox Christians and Bahais—religious minorities in a predominantly Muslim country—Saba Mahmood shows how modern secular governance has exacerbated religious tensions and inequalities rather than reduced them. Tracing the historical career of secular legal concepts in the colonial and postcolonial Middle East, she explores how contradictions at the very heart of political secularism have aggravated and amplified existing forms of Islamic hierarchy, bringing minority relations in Egypt to a new historical impasse. Through a close examination of Egyptian court cases and constitutional debates about minority rights, conflicts around family law, and controversies over freedom of expression, Mahmood invites us to reflect on the entwined histories of secularism in the Middle East and Europe.

A provocative work of scholarship, Religious Difference in a Secular Age challenges us to rethink the promise and limits of the secular ideal of religious equality.

Saba Mahmood is professor of anthropology at the University of California, Berkeley. She is the author of Politics of Piety: The Islamic Revival and the Feminist Subject (Princeton) and the coauthor of Is Critique Secular? Blasphemy, Injury, and Free Speech. 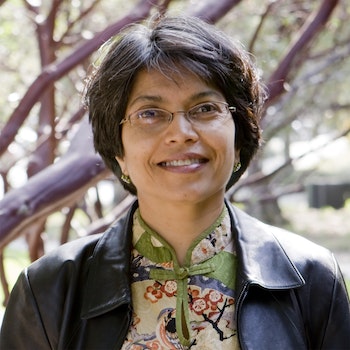 "In crisp prose, Mahmood convincingly shows that secularism's promise for equal protection under the law for all religious believers has deeply shaped the modern world, despite the ways in which secularism itself thwarts this hope. This book challenges Western perceptions of the Middle East while deeply questioning the ability of secularism to live up to its promises."—Publishers Weekly

"Stunning. . . . Through a careful and brilliant analysis, Mahmood convincingly shows that far from a solution to the problem of interreligious strife, political secularism and modern secular governance are in fact intimately entwined to the exacerbation of religious tensions in the Middle East."—New Books in Islamic Studies

"Thoroughly researched and ambitious in scope, Mahmood's latest study is an essential contribution to our understanding of secularism, minority relations and the study of religion in plural societies."—Baerd Kaertveit, Times Higher Education

"In Religious Difference in a Secular Age: A Minority Report, Saba Mahmood has produced a valuable account both of how the idea of separating religion from politics came to be central to the development of the ‘religiously neutral' state in Europe . . . and of how that idea became politically important in the postcolonial Middle East. . . . Her detailed analysis of the rich historical and ethnographic material she has assembled reinforces the conclusion that instead of regarding the secular state as the solution to discrimination against religious minorities, it must itself be understood as part of the problem."—Talal Asad, The Immanent Frame

"This discussion of Coptic Christians in Egypt offers a timely critique of contemporary notions of secularism. Mahmood demonstrates how perspectives that are largely Protestant result in ill-fitting assumptions about secularism, but shows the importance of honoring the limits of this approach rather than rejecting it altogether. . . . Mahmood's presentation of Coptic Christian struggles highlights why the secular remains a contentious and relevant site for inquiry."—Choice

"A complex and ambitious intellectual tour de force. . . . Mahmood's central thesis is strong and backed by ethnography. She has successfully pointed to the failure of societies, both in the West and the East, to accommodate minorities."—Akbar Ahmed, American Anthropologist

"Mahmood's Religious Difference in a Secular Age masterfully combines the study of two topics in identity politics with advanced literatures—secularism and minority rights—to create an original and engaging volume about the promises and limits of political secularism."—Kristin Fabbe, Journal of Church and State

"The broad interdisciplinary impact of Mahmood's scholarship . . . has been the subject of much scholarly debate and has had an impressive reach across disciplinary and geographic divides. . . . . What Mahmood offers in Religious Difference are concepts that must continue to be central concerns to a new generation of feminist and queer scholars across geographic bounds."—Durba Mitra, CM Roundtable

"Thought-provoking. . . . The study is groundbreaking and richly researched, bringing into view and synthesizing elements from different fields that together present a coherent and forceful argument."—Sari Nusseibeh, Common Knowledge

"An excellent book about an important topic. Mahmood remains an essential voice at the intersection of social science, cultural theory, and religious studies. This book will stimulate important discussions—and debates—for years to come."—Jeffrey Guhin, Sociology of Religion

"Religious Difference in a Secular Age is very skillfully argued and abounds with fascinating stories of the everyday effects of secular power. Mahmood provides an outstanding example of how an anthropologist can make an innovative contribution to some of the conceptually and theoretically most challenging questions in political theory."—Tobias Müller, Political Theory

"An enlightening exposition of the politics of secularity and minority issues in the age of dominance of the Western notion of the secular."—Mahmoud Pargoo, Journal of Global Analysis

"Religious Difference in a Secular Age: A Minority Report beautifully addresses the problem of secularism as a concept across Western and Non-Western societies. . . . It is a well-researched treatise for anyone who wishes to understand secularism as a universal concept."—Sania Ismailee, Anthropology Book Forum

"Saba Mahmood is a premier scholar of the constitutive powers of secular governance. This extraordinary work is at once a fascinating ethnography of two religious minorities in Egypt and a compelling formulation of how secularism generates strife it claims only to modulate."—Wendy Brown, University of California, Berkeley

"Mahmood delivers an expectedly insightful scholarly performance about the ways secularism, purported to be a solution to interreligious conflict, has in fact not only contributed to that conflict but also exacerbated it by producing new forms of religious polarization. This book is both an indispensable and intellectually delightful read."—Wael B. Hallaq, author of The Impossible State: Islam, Politics, and Modernity's Moral Predicament

"In this stunning book, Mahmood calls into question a good deal of the received wisdom about secularism and the divisions between East and West. Religious Difference in a Secular Age is original, pathbreaking, and important."—Joan Wallach Scott, author of The Politics of the Veil

"Written by one of the most prominent anthropologists of her generation, Religious Difference in a Secular Age is a significant contribution to political theory and the study of religion in the contemporary world."—Webb Keane, author of Christian Moderns: Freedom and Fetish in the Mission Encounter