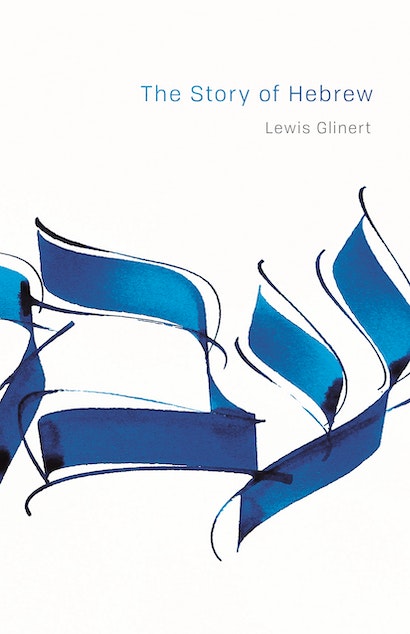 This book explores the extraordinary hold that Hebrew has had on Jews and Christians, who have invested it with a symbolic power far beyond that of any other language in history. Preserved by the Jews across two millennia, Hebrew endured long after it ceased to be a mother tongue, resulting in one of the most intense textual cultures ever known. It was a bridge to Greek and Arab science. It unlocked the biblical sources for Jerome and the Reformation. Kabbalists and humanists sought philosophical truth in it, and Colonial Americans used it to shape their own Israelite political identity. Today, it is the first language of millions of Israelis.

The Story of Hebrew takes readers from the opening verses of Genesis—which seemingly describe the creation of Hebrew itself—to the reincarnation of Hebrew as the everyday language of the Jewish state. Lewis Glinert explains the uses and meanings of Hebrew in ancient Israel and its role as a medium for wisdom and prayer. He describes the early rabbis’ preservation of Hebrew following the Babylonian exile, the challenges posed by Arabic, and the prolific use of Hebrew in Diaspora art, spirituality, and science. Glinert looks at the conflicted relationship Christians had with Hebrew from the Renaissance to the Counter-Reformation, the language’s fatal rivalry with Yiddish, the dreamers and schemers that made modern Hebrew a reality, and how a lost pre-Holocaust textual ethos is being renewed today by Orthodox Jews.

A major work of scholarship, The Story of Hebrew is an unforgettable account of what one language has meant to those possessing it.

Lewis Glinert is Professor of Hebrew Studies at Dartmouth College, where he is also affiliated with the Program in Linguistics. His books include The Grammar of Modern Hebrew and The Joys of Hebrew. 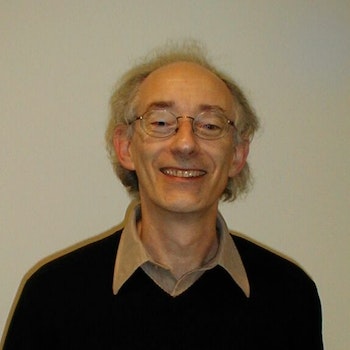 "Elegant. . . . The Story of Hebrew covers a great deal of ground in a readable style, studded with stories and quotations that make clear how astonishing it is that out of the fossil DNA of this sacred language, a new creation has arisen."—David Wolpe, Weekly Standard

"Witty and learned. . . . I thought that I was well versed in the history of Hebrew, but there was hardly a page in this book on which I didn't learn something new. And Glinert is a pleasure to spend time with; his authorial voice in The Story of Hebrew reminds me of those famous BBC radio talks given by enormously erudite Oxbridge dons: authoritative, amusing, and crystal clear."—Alan Mintz, Jewish Review of Books

"The Story of Hebrew does not require even a rusty knowledge of the language. Glinert's writing is compelling for anyone who has some background in the Jewish scriptures and the history of the people who preserved the holy tongue—from ancient Israel to diaspora Judaism and back to Israel again in recent decades. Glinert also explores the role of Hebrew in the Christian imagination, including the way the language shaped American colonial life."—Christian Century

"Glinert, a talented storyteller, writes a modern, even colloquial, history of Hebrew, recounting the language’s flourishing and what he sees as its inevitable decline over several centuries."—Joseph Lowin, Jewish Book Council

"Glinert brings the Hebrew story to life with such a wealth of intriguing cultural detail in so astonishingly few pages of lively, engaging exposition that his account is must reading for all who revel in the history and elasticity of languages."—Ray Olson, Booklist

"The most ambitious attempt since William Chomsky's groundbreaking 1957 study, Hebrew: The Eternal Language, Mr. Glinert’s biography of Hebrew succeeds in representing the language not just as a vehicle of communication but as a crucible of national cohesion. To read [this book] is to appreciate Hebrew as the grammar of a dynamic dialogue between the claims of the ever-changing present and the imperatives of the past."—Benjamin Balint, Wall Street Journal

"An insightful, entertaining, and essential guide to the origins and evolution of the Hebrew language. . . . This is a must-read for students of language and Jewish history."—Publishers Weekly

"Lewis Glinert’s lucid account of the evolution of Hebrew from the Bible through Late Antiquity and the Middle Ages . . . is informed throughout by an impressively detailed scholarly command of its subject."—Robert Alter, Times Literary Supplement

"The Story of Hebrew . . . is enormously rewarding for those wishing to familiarize themselves with the evolution both of the Hebrew language and attitudes toward it. . . . Glinert is an excellent tour guide. Many of the book's most compelling stories are those that help explain how, during the nearly two millennia during which it had generally ceased to be a spoken language, Hebrew continued to be central to the lives of Jews."—Howard Freedman, J Weekly

"Valuable. . . . Glinert has written a scholarly book designed for and accessible to the layman. In a brief 250 pages he succinctly and convincingly demonstrates that through the centuries Hebrew was more living than dead."—David Isaac, Washington Free Beacon

"The Story of Hebrew is a scholarly, engaging history of the language. . . . Richly detailed and wholly fascinating. Glinert is an engaging storyteller, always lucid, wry and accessible."—Jonathan Kirsch, Jewish Journal

"A major work of scholarship, The Story of Hebrew is an unforgettable account of what one language has meant to those possessing it."—Israel News Online

"In this meticulously researched but highly readable work of scholarship by Glinert, the Dartmouth professor tells not just a history of the Jewish language but, indeed, its story. From the opening lines of Genesis to its modern Israeli incarnation, Hebrew has packed more symbolic power than almost any other tongue. . . . An entertaining account that should also serve as a fundamental text for any student of language or Jewish history."—Victor Wishna, Jewish Telegraphic Agency

"This book is a gem. . . . The Story of Hebrew is a superb book, meticulously researched and beautifully written. . . . Read this marvelous study."—Curt Leviant, Jewish Independent

"Glinert tells a lively story that informs the reader about uses and misuses of the language, along with a social and cultural history of the Jewish people."—John C. Endres, America

"Notwithstanding its academic credibility and that of its author, The Story of Hebrew . . . makes thrilling reading for the non-specialist. The felicitous narrative of Lewis Glinert, with its clarity and lack of abstruse language or jargon, ensures that a lay reader with an interest in Hebrew will find much to gain from this fascinating study."—Gila Wertheimer, Chicago Jewish Star

"Lewis Glinert takes the reader on a journey through time and geography, science and philosophy, politics and spirituality, in order to open our eyes to the wonderfully complex world that is the Hebrew language. . . . A fascinating study that reads easily and wears its scholarship lightly. . . . Now once again a spoken language, Hebrew continues to embody our cultural heritage and distinctiveness, forming the ways we see the world. This book opens the window for us to see how, in its many facets, it does just that."—Rabbi Sylvia Rothschild, The Jewish Chronicle

"[Glinert] walks his readers through 3,000 years of Jewish history to show the shifting attitudes that Jews (and sometimes Christians) had toward the Hebrew language. . . . [He] narrates clearly and with good humour."—Martin Lockshin, Canadian Jewish News

"One of the more brilliant insights in his analysis is to recognize that the fight over Hebrew's future is not merely a matter of language, but also one of cultural philosophy."—Marina N. Bolotnikova, Forward

"I cannot recall reading any book about Jewish history that contains as much suspense and as many surprises, that supplies so many ‘Aha!’ moments."—Susan Miron, ArtsFuse

"A fascinating new book. . . . Readable and highly engaging. . . . Glinert weaves an amazing story here. Both a history of Hebrew, and its miraculous . . . restoration, is unparalleled in linguistic and socio-political history. The story of Hebrew’s resurgence is perhaps the ultimate victory for a long-persecuted people. A mesmerizing book is The Story of Hebrew, and a most worthwhile read."—Ben Rothke, The Times of Israel

"Glinert tells it with all the mystique that this enduring language deserves. . . . A page-turner."—Dave Massa, Reading Religion

"In this incandescent narrative of an ever-renewing tongue, masterful linguist Lewis Glinert traces how Hebrew, however severely displaced from its native ground, has continued through centuries of tribulation to nurture its heritage. Elegantly luring us from one intellectual movement to the next, he arrives at history's most moving culmination: the language of the Book returning at last to the everyday voices of little children."—Cynthia Ozick, author of Critics, Monsters, Fanatics, and Other Literary Essays

"An absolutely fascinating story—about the history of Jewish culture, the power of language, and the enduring meaning of Hebrew for Jews and non-Jews alike. Written with command, grace, and charm, this is a marvelous and utterly engaging work."—Barry W. Holtz, Theodore and Florence Baumritter Professor of Jewish Education, Jewish Theological Seminary

"Superb. The Story of Hebrew is a wonderful book—elegantly written, meticulously researched, and exciting to read. A magnificent study."—Curt Leviant, author of the novels King of Yiddish and Kafka's Son

"Masterfully written. Glinert's in-depth account of the sociolinguistic, historical, and cultural aspects of Hebrew is entirely new. A significant contribution to the field."—Aharon Maman, Bialik Professor of Hebrew Language, Hebrew University of Jerusalem