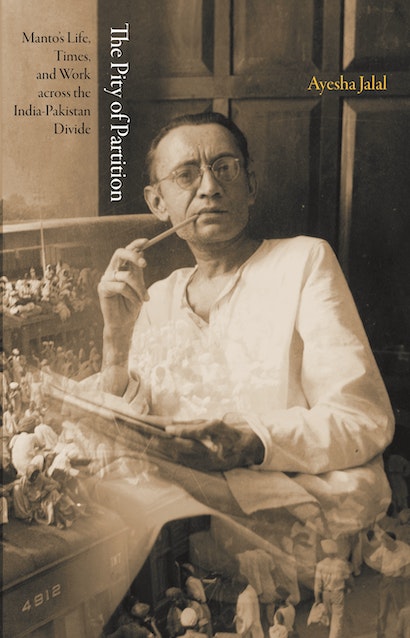 Saadat Hasan Manto (1912-1955) was an established Urdu short story writer and a rising screenwriter in Bombay at the time of India’s partition in 1947, and he is perhaps best known for the short stories he wrote following his migration to Lahore in newly formed Pakistan. Today Manto is an acknowledged master of twentieth-century Urdu literature, and his fiction serves as a lens through which the tragedy of partition is brought sharply into focus. In The Pity of Partition, Manto’s life and work serve as a prism to capture the human dimension of sectarian conflict in the final decades and immediate aftermath of the British raj.

Ayesha Jalal draws on Manto’s stories, sketches, and essays, as well as a trove of his private letters, to present an intimate history of partition and its devastating toll. Probing the creative tension between literature and history, she charts a new way of reconnecting the histories of individuals, families, and communities in the throes of cataclysmic change. Jalal brings to life the people, locales, and events that inspired Manto’s fiction, which is characterized by an eye for detail, a measure of wit and irreverence, and elements of suspense and surprise. In turn, she mines these writings for fresh insights into everyday cosmopolitanism in Bombay and Lahore, the experience and causes of partition, the postcolonial transition, and the advent of the Cold War in South Asia.

The first in-depth look in English at this influential literary figure, The Pity of Partition demonstrates the revelatory power of art in times of great historical rupture.

Ayesha Jalal is the Mary Richardson Professor of History at Tufts University. Her books include Partisans of Allah: Jihad in South Asia, Self and Sovereignty: Individual and Community in South Asian Islam since 1850, and The Sole Spokesman: Jinnah, the Muslim League, and the Demand for Pakistan. 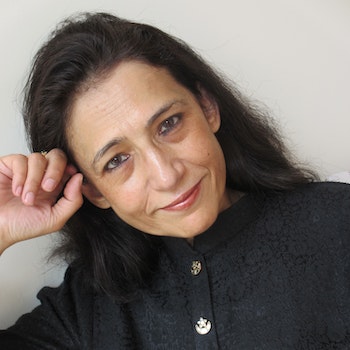 "Tufts University historian Jalal (Partisans of Allah), a great-niece of Urdu writer Saadat Hasan Manto (1912-1955), gives readers an intimate, passionate, and insightful portrait of this brilliant but tragic man as he navigated and interpreted the repression, chaos, and violence of the final years of British colonialism and the upheaval of India's 1947 partition. The book follows Manto's life from his rebellious youth and early adulthood translating Victor Hugo and Oscar Wilde in Amritsar, Punjab, to his years as a struggling journalist and film writer in Bombay, where his provocative stories elicited numerous obscenity charges while building his reputation as 'the father of the Urdu short story' and a "'unique literary miracle" destined for immortality,' and his prolific but troubled later years in postpartition Lahore, premature death at 42, and his boisterous funeral, where 'several of Manto's fictional characters were spotted in the crowd.'"—Publishers Weekly

"[A] fine introduction to Manto and his work, and his depiction of partition."—M. A. Orthofer, Complete Review

"Eminent historian Jalal has written a rich, engaging, at times moving account of the life of Urdu writer Saadat Hasan Manto (1912-55), interweaving biography with the tumultuous events of Indian nationalism, the Partition, and early Pakistan. . . . A much-needed study of a pioneering public figure."—Choice

"[S]ome of the finest pictures of Manto, his wife and of his friends embellish this book. Yet, the highlight of Jalal's work is that she has not let her proximity to Manto and his family affect in any way the objectivity that such a study would demand. Her unbiased approach to presenting Manto with his failings and foibles helps a more considered understanding of the writer."—Business Standard

"Saadat Hasan Manto (1912-55) was a leading Urdu writer who attracted controversy in prepartition India and early postpartition Pakistan for his short stories and film scripts that dealt with sex and politics in a daring manner. Jalal, his grandniece, uses his published writings and family letters and her interviews with relatives to portray his complex relationship. Interweaving stories from his fiction and events from his life, she produces a rich . . . tapestry of a complex society and the tensions that built up to the explosive violence of partition in 1947."—Foreign Affairs

"Jalal has performed a great service for scholars and the reading public by opening the Manto archive to their gaze. I for one will read Manto's stories, from now on, with added pleasure and comprehension."—Ian Copland, American Historical Review

"Basing her work on Manto's life, his quintessential cosmopolitanism, the many journeys in which he traversed Amritsar, Delhi, Bombay and Lahore, and later, the borders of India and Pakistan, the friendships with other writers and film personalities, and the exploration of different forms of writing—all of this becomes a way of reading the history of Partition, and indeed questioning and resisting the colonial project of separation on the basis of religious identity. . . . This book, especially in the section on his school years, provides detail of the kind that often encourages readers to return to the work to see how life resonates with fiction."—Urvashi Butalia, Livemint

"Ayesha Jalal has succeeded wonderfully in weaving together the three elements she has chosen—Manto's life, his works and the momentous times he lived through. Hers is an honest portrayal of a brilliant man whose own honesty, independent-mindedness and insight were outstanding, and whose stories are still unparalleled."—Gillian Wright, India Today

"Resplendent with anecdotal chapters about Saadat Hasan Manto's growing up years in Amritsar, his adulthood tales in Bombay, and his understanding of partition. . . . Illuminating."—Arunima Mazumdar, Times of India

"This is one book that every Manto lover would love to devour."—Yatin Gupta, IBN Live

"This is a highly readable book. . . . The result is an amazingly informative, even-handed, and lifelike portrait of the great writer."—Ishtiaq Ahmed, Pacific Affairs

"This is a masterful historical study of partition as seen through the life and writings of one of the subcontinent's foremost storytellers—Saadat Hasan Manto. A work at once scholarly and emotive, panoramic and personal, gripping and empirical, this is Jalal at her spectacular best."—Seema Alavi, author of Islam and Healing

"This lovingly written, informative, and thoughtful book by Ayesha Jalal is a fitting tribute to the life and work of her great-uncle, Saadat Hasan Manto, one of the leading writers of modern South Asia, on the occasion of his centennial birthday. Jalal moves deftly between history, biography, and literature, experimenting with a narrative method that succeeds in capturing the sense of 'cosmopolitanism in everyday life' that Manto championed. The Pity of Partition deserves a wide readership."—Dipesh Chakrabarty, University of Chicago

"This is a captivating, beautifully written intellectual and artistic biography of Manto, focusing on the contribution of his writing to our historical understanding of the partition of British India. The book is a revelation, a unique personal history of partition that will stimulate new research into the connections between cultural production, social experience, and politics during these crucial transitional decades."—David Ludden, author of India and South Asia: A Short History

"Jalal's book is timely and necessary. Manto remains one of the subcontinent's most important literary figures, yet outside India and Pakistan there is a sad lack of knowledge about his oeuvre and hugely interesting historical milieu. The Pity of Partition is the most comprehensive English-language study of Manto's life, times, and work."—Priya Gopal, University of Cambridge

"Manto is a twentieth-century master of Urdu fiction who is becoming known worldwide. Until now there was no account in English of his life and literary battles. The Pity of Partition is invaluable for students of Manto and general readers interested in his writing, whose numbers have continued to grow in recent years."—Aamir R. Mufti, author of Enlightenment in the Colony