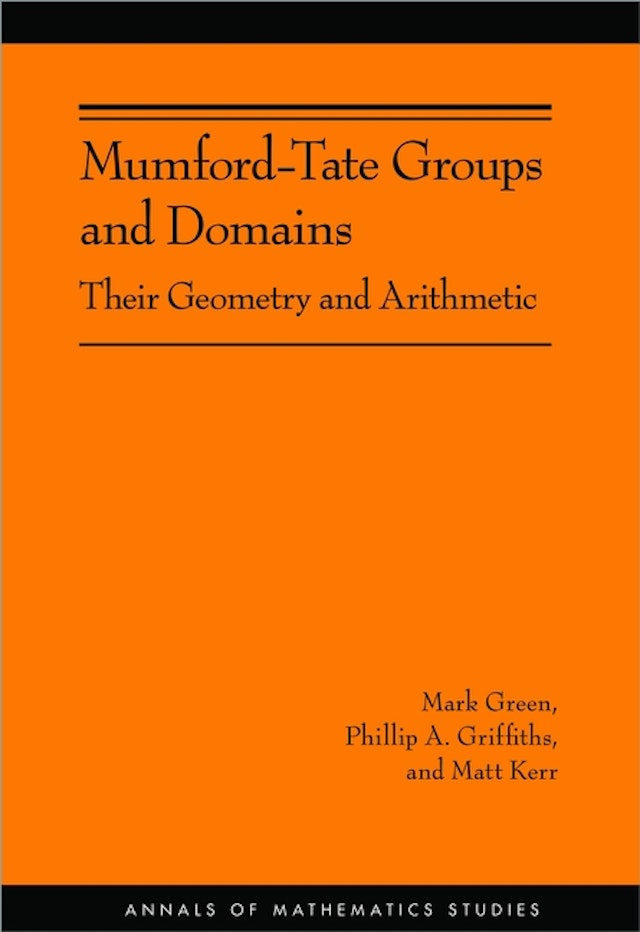 Mumford-Tate groups are the fundamental symmetry groups of Hodge theory, a subject which rests at the center of contemporary complex algebraic geometry. This book is the first comprehensive exploration of Mumford-Tate groups and domains. Containing basic theory and a wealth of new views and results, it will become an essential resource for graduate students and researchers.


Although Mumford-Tate groups can be defined for general structures, their theory and use to date has mainly been in the classical case of abelian varieties. While the book does examine this area, it focuses on the nonclassical case. The general theory turns out to be very rich, such as in the unexpected connections of finite dimensional and infinite dimensional representation theory of real, semisimple Lie groups. The authors give the complete classification of Hodge representations, a topic that should become a standard in the finite-dimensional representation theory of noncompact, real, semisimple Lie groups. They also indicate that in the future, a connection seems ready to be made between Lie groups that admit discrete series representations and the study of automorphic cohomology on quotients of Mumford-Tate domains by arithmetic groups. Bringing together complex geometry, representation theory, and arithmetic, this book opens up a fresh perspective on an important subject.

"The brilliance of the results and their broad spectrum of their applications makes this book an outstanding piece. Yet, there is more to write and to develop: the authors suggest the existence of future lines of research for a next book."—Jonathan Sanchez Hernandez, European Mathematical Society