A groundbreaking history of racism 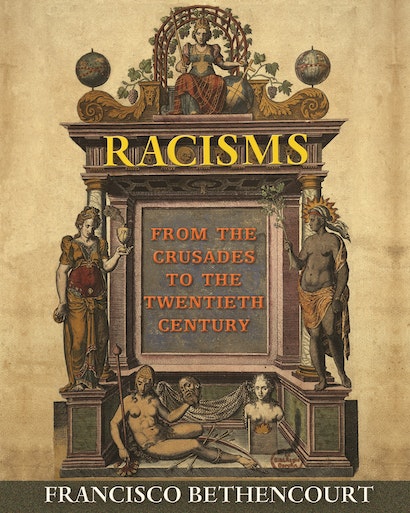 Racisms is the first comprehensive history of racism, from the Crusades to the twentieth century. Demonstrating that there is not one continuous tradition of racism, Francisco Bethencourt shows that racism preceded any theories of race and must be viewed within the prism and context of social hierarchies and local conditions. In this richly illustrated book, Bethencourt argues that in its various aspects, all racism has been triggered by political projects monopolizing specific economic and social resources.

This is a major interdisciplinary work that moves away from ideas of linear or innate racism and recasts our understanding of interethnic relations.

Francisco Bethencourt is the Charles Boxer Professor of History at King's College London, and the author of The Inquisition: A Global History, 1478–1834. 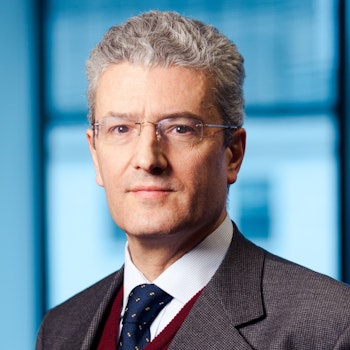 "Francisco Bethencourt's Racisms could not be more timely . . . Bethencourt's incisive analysis ought to be compulsory reading in the think tanks, chanceries and ministries of the developed world."—Maria Misra, Prospect

"To understand what fuelled such racist ideologies and practices, I can think of no better book than Francisco Bethencourt's Racisms. It is an ambitious, bold project. . . . Bethencourt addresses the 'scientific' turn in racial classification systems. There is a vast literature on the ideas of influential men such as . . . Charles Darwin and many others. However, Bethencourt's summary is the clearest and most sophisticated to date. . . . [An] impressive book."—Joanna Bourke, New Statesman

"[A]mbitious and wide-ranging. . . . Racisms['s] cataloguing of successive centuries of poisonous bigotry, of tangled, self-serving myth and murderous victimisation, creates a powerful cumulative effect. To chart some of my own emotions while reading it: anger; pain, disgust and sorrow. This is an unlovely history. But a necessary one that appears, sadly for the wrong reasons, at the right time."—Ekow Eshun, Independent

"As a comparative study of colonial behaviour Racisms is astonishing. . . . Readers of Racisms will learn a great deal about the colonial encounters that brought people of different regions, religions, 'skin colors,' and 'ethnicities' into contact with each other during the long centuries of European expansion."—David Nirenberg, Literary Review

"Epic in scale and ringing with authority."—Steven Carroll, Age

"Although Bethencourt's writings are grounded in academia, Racisms is a highly accessible and lively account that should appeal to a wide audience—a work that, while not being too sophisticated for the average person to read and appreciate for the multiple insights that it provides, makes for just as worthy an undergraduate text."—Lois Henderson, BookPleasures.com

"For those who are already working on racism, or who are at the very least acquainted with it, the book should prove a very useful tool in locating specific work within a larger historical landscape. It serves as a very strong call to open one's historical horizons, both temporally and geographically, which can only improve one's work. In this sense, Racisms is well worth reading. It represents a welcome contribution to the growing body of work on the topic by debunking some very persistent myths about it."—Philippe-Andre Rodriguez, Oxonian Review

"In this richly illustrated study, Bethencourt defines racism as prejudice based on ethnic descent that is supported by discriminatory measures driven by political motivations. . . . Although Europe constitutes Bethencourt's focal point, he draws on examples of racism from Africa, Asia, and the Americas as points of comparison and context."—Choice

"Bethencourt has done an admirable job sifting through history to produce this broad survey of the evolution of racial thought, always tying each development back to the political projects it was meant to facilitate and thereby illustrating the emptiness of race as an ontological category. Racisms not only pulls regularly from primary sources, such as travel narratives or scientific reports, but it is also richly peppered with images that bring to life the shifting perception of race through the centuries."—Guy Lancaster, Journal of History and Cultures

"Racisms is a weighty tome in every sense of the word: the book reflects the scholarship and attention to detail of the dedicated academic as well as the writing of a man deeply sensitive to the moral and ethical issues involved."—Ed Standhaft, Methodist Recorder

"This is a richly illustrated work—in terms of both historical material and visual images—that creates an interesting departure for further enquiry into a deeply challenging subject."—Shu Cao, International Affairs

"Racisms is a superb monograph, well served by excellent illustrations."—Survival

"No short review can do justice to this dazzlingly learned and ambitious book."—Stephen J. Whitfield, Patterns of Prejudice

"This beautifully produced and richly illustrated book is a complex cross between an erudite essay on Western ideas about cultural, ethnic, religious, and racial differences, and a detailed accounting of European history and European contact with the rest of the world since the Middle Ages."—Stuart B. Schwartz, New West Indian Guide

"Francisco Bethencourt's magisterial study Racisms: From the Crusades to the Twentieth Century, offers an original contribution to this historiographical debate. . . . Bethencourt's encyclopaedic research and sensitive and detailed analysis of 73 visual sources that guide each section will indubitably make this study invaluable for framing discussions on the long history of discrimination throughout European cores and peripheries."—Chloe Ireton, European History Quarterly

"Racisms impresses the reader by its author's vast reading, his thoroughness and precision, his intellectual ambition, and his use of visual and textual sources."—Peter Burke, University of Cambridge

"There will probably never be a consensus about the origins, nature, chronology, and future of racism. Now, however, thanks to Francisco Bethencourt's brave, reflective, provocative, painstaking, and searching history, the problems are clearer than ever before, and the continuing debates will be immeasurably better informed."—Felipe Fernández-Armesto, author of 1492: The Year the World Began