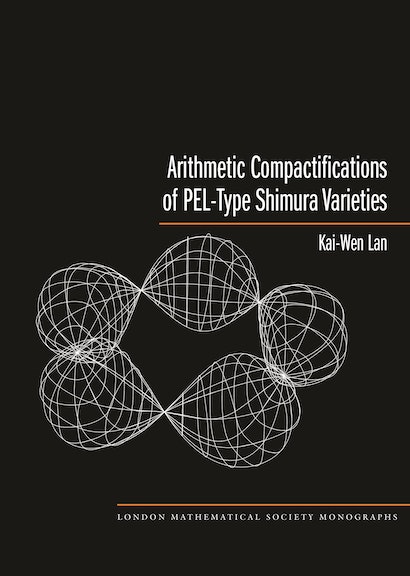 By studying the degeneration of abelian varieties with PEL structures, this book explains the compactifications of smooth integral models of all PEL-type Shimura varieties, providing the logical foundation for several exciting recent developments. The book is designed to be accessible to graduate students who have an understanding of schemes and abelian varieties.

Through these topics, the book generalizes the theory of degenerations of polarized abelian varieties and the application of that theory to the construction of toroidal and minimal compactifications of Siegel moduli schemes over the integers (as developed by Mumford, Faltings, and Chai).

Kai-Wen Lan is assistant professor of mathematics at the University of Minnesota.