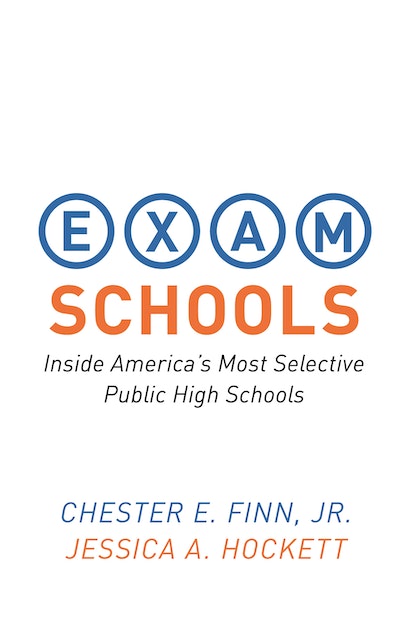 What is the best education for exceptionally able and high-achieving youngsters? Can the United States strengthen its future intellectual leadership, economic vitality, and scientific prowess without sacrificing equal opportunity? There are no easy answers but, as Chester Finn and Jessica Hockett show, for more than 100,000 students each year, the solution is to enroll in an academically selective public high school. Exam Schools is the first-ever close-up look at this small, sometimes controversial, yet crucial segment of American public education. This groundbreaking book discusses how these schools work — and their critical role in nurturing the country’s brightest students.

The 165 schools identified by Finn and Hockett are located in thirty states, plus the District of Columbia. While some are world renowned, such as Boston Latin and Bronx Science, others are known only in their own communities. The authors survey the schools on issues ranging from admissions and student diversity to teacher selection. They probe sources of political support, curriculum, instructional styles, educational effectiveness, and institutional autonomy. Some of their findings are surprising: Los Angeles, for example, has no “exam schools” while New York City has dozens. Asian-American students are overrepresented—but so are African-American pupils. Culminating with in-depth profiles of eleven exam schools and thoughtful reflection on policy implications, Finn and Hockett ultimately consider whether the country would be better off with more such schools.

At a time of keen attention to the faltering education system, Exam Schools sheds positive light on a group of schools that could well provide a transformative roadmap for many of America’s children.

Chester E. Finn, Jr. is president of the Thomas B. Fordham Institute and a senior fellow at Stanford University's Hoover Institution. A former assistant U.S. secretary of education, he is the author of many books, including Charter Schools in Action and Troublemaker (both Princeton). Jessica A. Hockett is an education consultant specializing in differentiated instruction, curriculum design, and lesson study. She earned her doctorate in educational psychology from the University of Virginia. 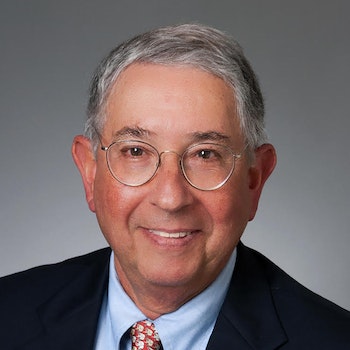 "As we try to make sure that no child gets left behind, are we keeping others from getting ahead? Or, as Chester Finn and Jessica Hockett put it in Exam Schools: 'As the country strives to . . . close its wide achievement gaps [and] repair its bad schools . . . is it also challenging its high achieving and highly motivated students?' This isn't an easy question to answer. . . . The information they do collect is helpful."—Naomi Schaefer Riley, Wall Street Journal

"As we strive to offer better educations to all students, Exam Schools takes the important first steps toward illuminating an option that may eventually have resonance for our public school system as a whole."—Rachael Brown, New Republic

"Could, and should . . . academically selective public high schools play a more expansive role in educating the nation's high-potential, high-achieving students[?] These are some of the questions that longtime education pundit Checker Finn, joined by educational consultant Jessica Hockett, set out to answer in their book."—Erik Robelen, Education Week

"The subject is one of serious interest to colleges and universities because many of their best-prepared and motivated applicants come from these schools. These are schools and students college admissions officers and professors will want to know about."—Peter Cohee, National Association of Scholars

"If you are interested in giving your child or children a superior education, this book is a must-read."—Nano Khilnani, Biz India

"As a proud graduate of the Bronx High School of Science, I have a deep and abiding appreciation for the importance of exam schools in our educational system, and this book arrives in the nick of time. Finn and Hockett pull back the veil of mystery surrounding these schools to show us where they've succeeded, where they've fallen short, and what we can learn from these remarkable institutions to improve the education of all Americans."—Andrew Lo, Massachusetts Institute of Technology

"Looking at America's most selective public high schools, Exam Schools determines what ingredients are necessary for developing an outstanding secondary school in a public context. Giving us reasons to believe that education reform is possible, this illuminating book will restore optimism, help us find a direction, and chart our course. Anyone who cares about American education should read it."—Stephen Joel Trachtenberg, author of Big Man on Campus: A University President Speaks Out on Higher Education

"This engaging book investigates the important but woefully understudied phenomenon of academically selective public high schools in the United States. Given that there is virtually no systematic research available on this topic, Exam Schools fills a critical gap."—Martin West, Harvard University