The essential photographic guide to the world's fungi 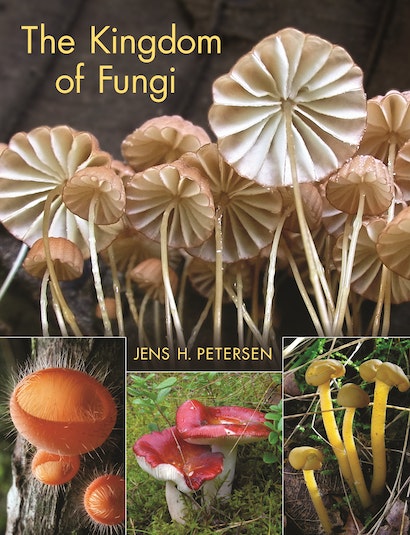 The fungi realm has been called the “hidden kingdom,” a mysterious world populated by microscopic spores, gigantic mushrooms and toadstools, and a host of other multicellular organisms ranging widely in color, size, and shape. The Kingdom of Fungi provides an intimate look at the world’s astonishing variety of fungi species, from cup fungi and lichens to truffles and tooth fungi, clubs and corals, and jelly fungi and puffballs. This beautifully illustrated book features more than 800 stunning color photographs as well as a concise text that describes the biology and ecology of fungi, fungal morphology, where fungi grow, and human interactions with and uses of fungi.

The Kingdom of Fungi is a feast for the senses, and the ideal reference for naturalists, researchers, and anyone interested in fungi.

Jens H. Petersen is a mycologist and photographer. He has taught mycology at Denmark's Aarhus University for more than twenty years and has illustrated several popular books on edible mushrooms. 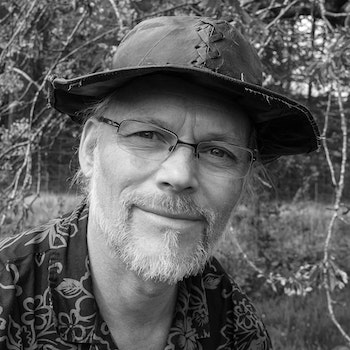 "An instant classic. . . . The book's 800+ photographs accomplish a singular feat: they display the diagnostic features of a particular species—gill attachment or lack thereof, apothecial hairs, etc.—without sacrificing esthetics. . . . The text is remarkable, too. It describes the ecology and biology of fungi, where fungi grow, and human interactions with fungi."—Lawrence Millman, Boston Mycological Club Bulletin

"A lavish work. . . . [A] book with a message about both the beauty and importance of fungi that should be widely available in bookshops worldwide and so help raise the global awareness of kingdom Fungi. I cannot commend it too strongly, and if you have not yet seen it you are in for a real treat—perhaps a mycologist's equivalent of being a kid in a candy store."—IMA Fungus

"The Kingdom of Fungi is a feast for the senses, and the ideal reference for naturalists, researchers, and anyone interested in fungi."—Northeastern Naturalist

"This . . . book is a visual feast that I keep on my coffee table and take to show off at lectures about fungi. . . . This book would make an excellent addition to the NAMA school teaching kit. The pictures will enthrall young children and the text is both easy to understand and informative. Even after decades of studying mycology, I discovered new material and interesting material. . . . I would have college mycology students buy the book as part of their course—the text will give them a succinct over-view of the fungal kingdom and the pictures will give them the visuals that are so lacking in their college textbooks. However, I will also want to introduce anyone from 6 years old to 100 to this book. It contains both sound science and visual humor."—Michael W. Beug, Mychophile

"I am particularly impressed by the range of scale in Petersen's photography. Not just the usual field guide photos of decent-sized mushrooms, but everything from landscapes to tiny cups to microscopic features, all done in excellent fashion. And, not only are the photos beautiful but they are showcased in an equally attractive package created by the design team. No stodgy textbook this. The charts are colorful, clearly laid out, and integrated nicely with the photos. With a very reasonable price, there is no reason for every mushroomer not to have his or her own copy and perhaps to buy additional ones for eye-opening gifts for friends who don't yet share our passion for the fungi."—Steve Trudell, Mychophile

"Petersen has been both a mycologist and a fine arts photographer for decades. His ability to capture minute fungal structures while maintaining a stunning aesthetic in the 800-plus photos makes this book an unsurpassed treasure. . . . [I]t would be a showpiece in any specialist's collection. The volume's spectacular images will captivate even the most disinterested individual."—Choice

"A joyful photo-essay on the glorious diversity of fungi. It will not hurt your brain or your wallet. Because of all the beautiful photos, you will hardly even notice you are learning things, that you are developing a structured view of the kingdom of fungi."—Kathie T. Hodge, Cornell Mushroom Blog

"I have a number of mushroom identification guides in my library, but nothing close to this book. This is a book that has something for both the mushroom picker and the serious mycologist. I think it could be a useful textbook in a college biology course covering fungi."—RK, Wildlife Activist

"This is not just an outstanding photographic compendium of the fungi, it is a very well-constructed and researched work. It will appeal not only to fungal enthusiasts and specialists, but also to novices who will be enchanted by the colors and shapes, the weird and strange, and the fun that be had being a mycologist."—Jane Faull, Quarterly Review of Biology

"Beautifully illustrated. . . . An ideal reference for naturalists, researchers and anyone interested in finding out more."—Sussex Wildlife Trust Magazine

"This book provides an intimate look at a vast variety of fungal species and fungal life as never done before. . . . The overall appearance of the book is well laid and highly recommended as a coffee table book for students, scholars and fungal lovers."—Melvina D'souza & Kevin D. Hyde, Fungal Diversity

"The Kingdom of Fungi melds the traditional classification still found in most field guides with the findings from recent phylogenetic studies. The photographs are absolutely stunning and will be the talk of the town."—Donald H. Pfister, Harvard University