An accessible and authoritative new history of French literature, written by a highly distinguished transatlantic group of scholars 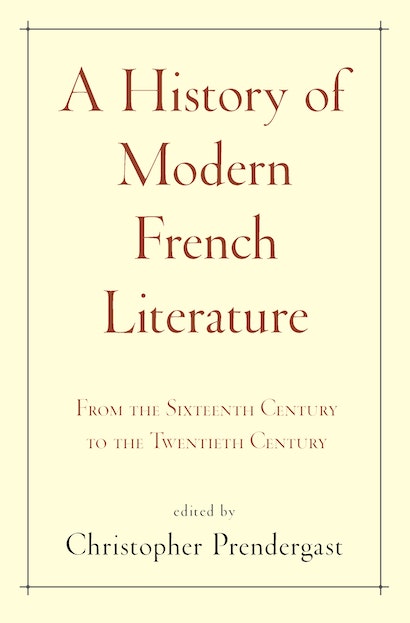 This book provides an engaging, accessible, and exciting new history of French literature from the Renaissance through the twentieth century, from Rabelais and Marguerite de Navarre to Samuel Beckett and Assia Djebar. Christopher Prendergast, one of today’s most distinguished authorities on French literature, has gathered a transatlantic group of more than thirty leading scholars who provide original essays on carefully selected writers, works, and topics that open a window onto key chapters of French literary history. The book begins in the sixteenth century with the formation of a modern national literary consciousness, and ends in the late twentieth century with the idea of the “national” coming increasingly into question as inherited meanings of “French” and “Frenchness” expand beyond the geographical limits of mainland France.

Christopher Prendergast is professor emeritus of French literature at the University of Cambridge and a fellow of King's College and the British Academy. He is the general editor of the Penguin Proust, and his many books include Mirages and Mad Beliefs: Proust the Skeptic (Princeton). 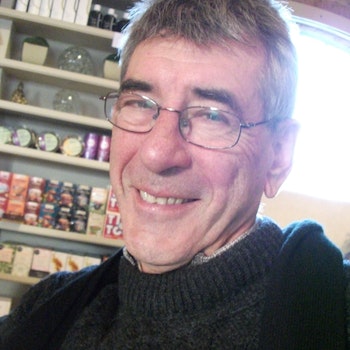 "Readers turning to this volume will find both a rewarding revisiting of works they may know, illuminated by new insights or unexpected parallels, and many approachable invitations to explore works not previously read."—Times Literary Supplement

"[A] survey of 400 years of literature in French that is both useful and interesting. . . . [A]nyone preparing to teach a French literature survey for the first time will find the book a godsend."—Choice

"Prendergast has put together a survey of 400 years of literature in French that is both useful and interesting. . . . The book will be especially useful to knowledgeable readers looking to brush up on literary periods outside their area of expertise. And anyone preparing to teach a French literature survey for the first time will find the book a godsend."—Choice

"A good majority of the individual essays are outstanding, often brilliant, and serve as heartening evidence for the continuing vitality of French literary studies around the world today."—Colin Nettelbeck, Australian Book Review

"[A History of Modern French Literature] offers informed and original insights into many of the major figures and movements of the French literary tradition, as well as others who are less well known or who have been forgotten."—Australian Book Review

"This is a tremendous achievement, bringing into a single volume much of the best writing and thinking on French literature that is currently available anywhere. It is highly readable, full of energetically pursued arguments, and it will last for a long time, precisely because its notions of history are so flexible and imaginative. The book proves that the history of literature can only benefit from disciplined speculation about the possibilities of the past."—Michael Wood, professor emeritus, Princeton University