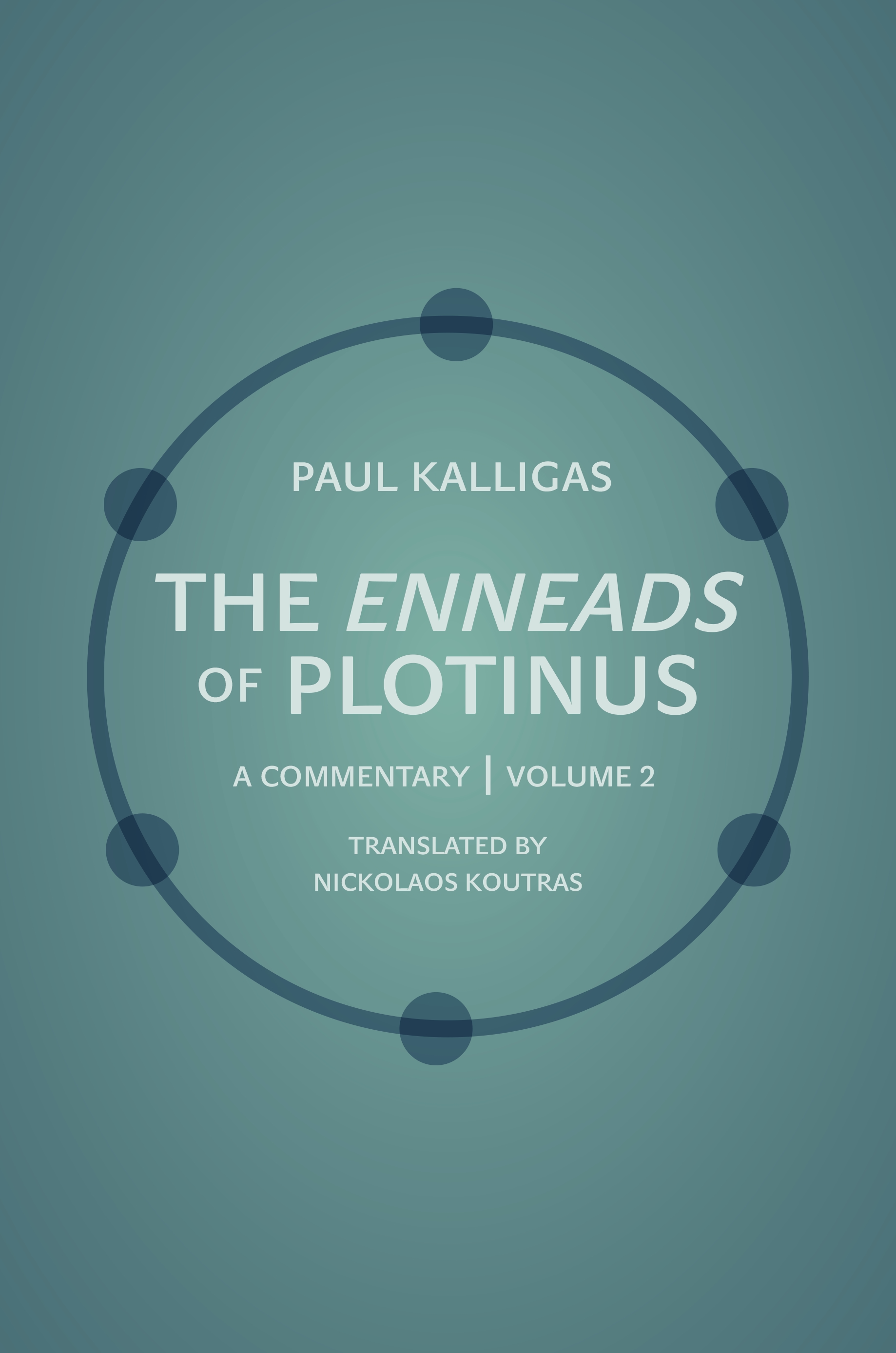 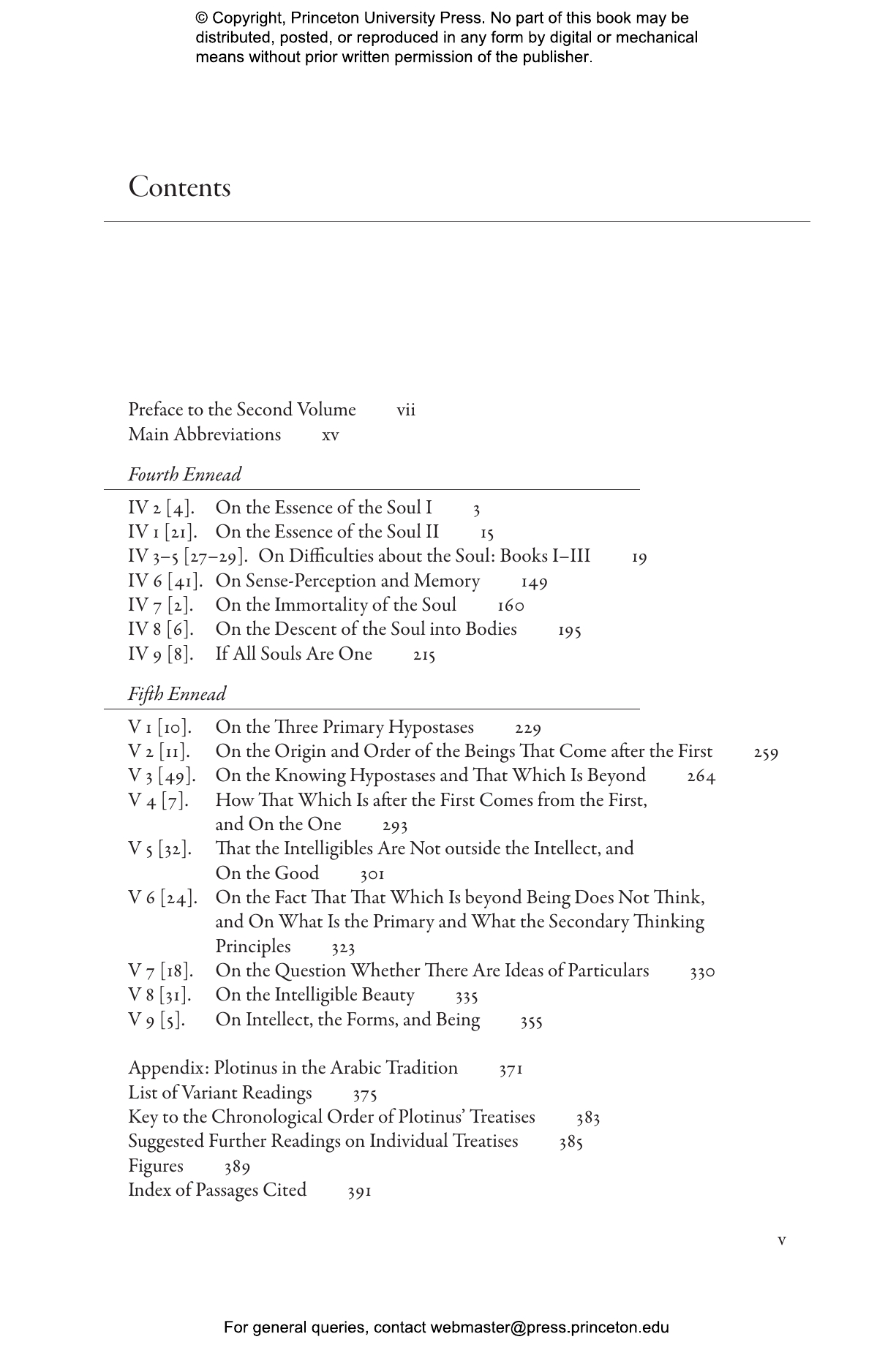 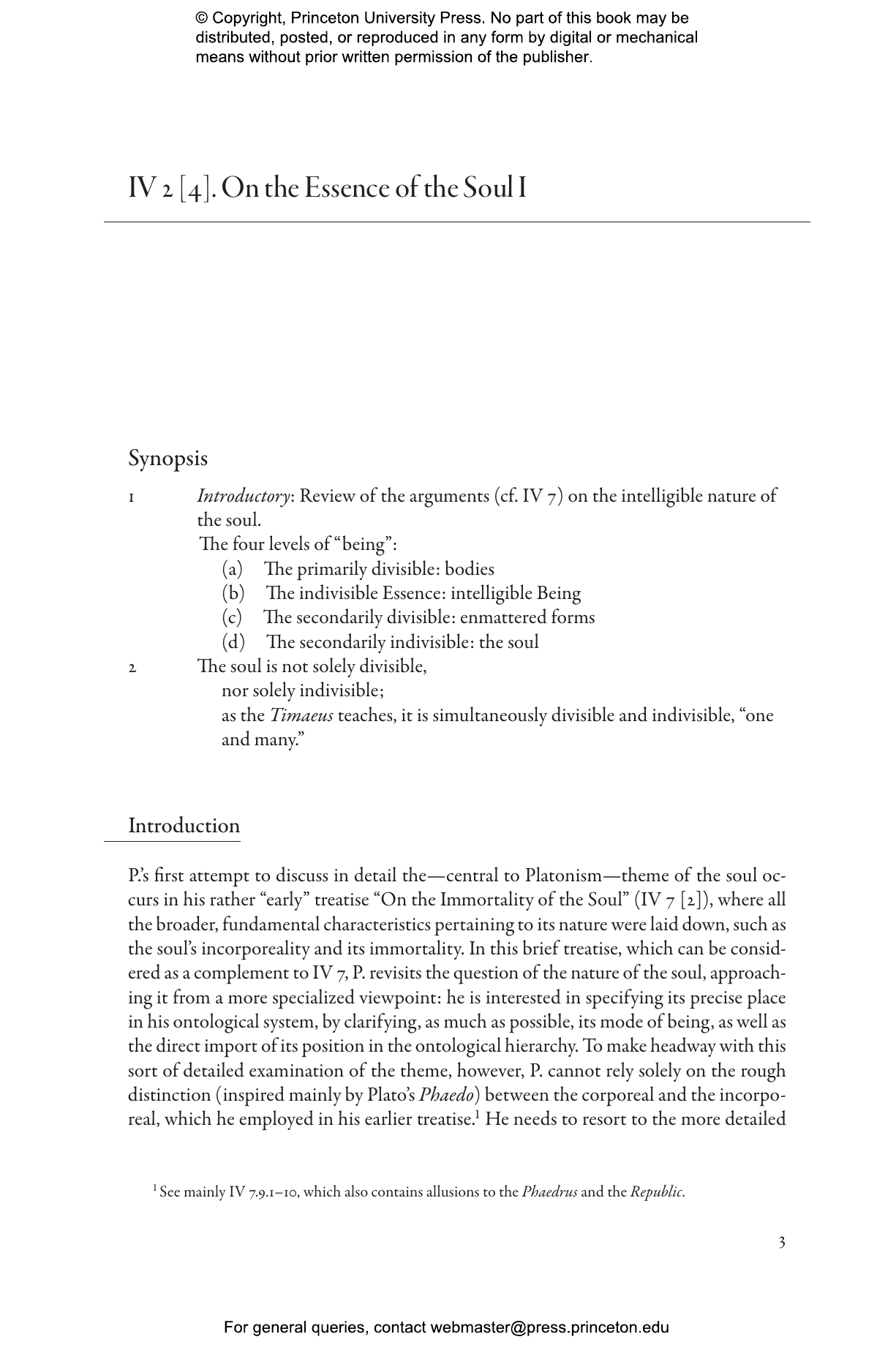 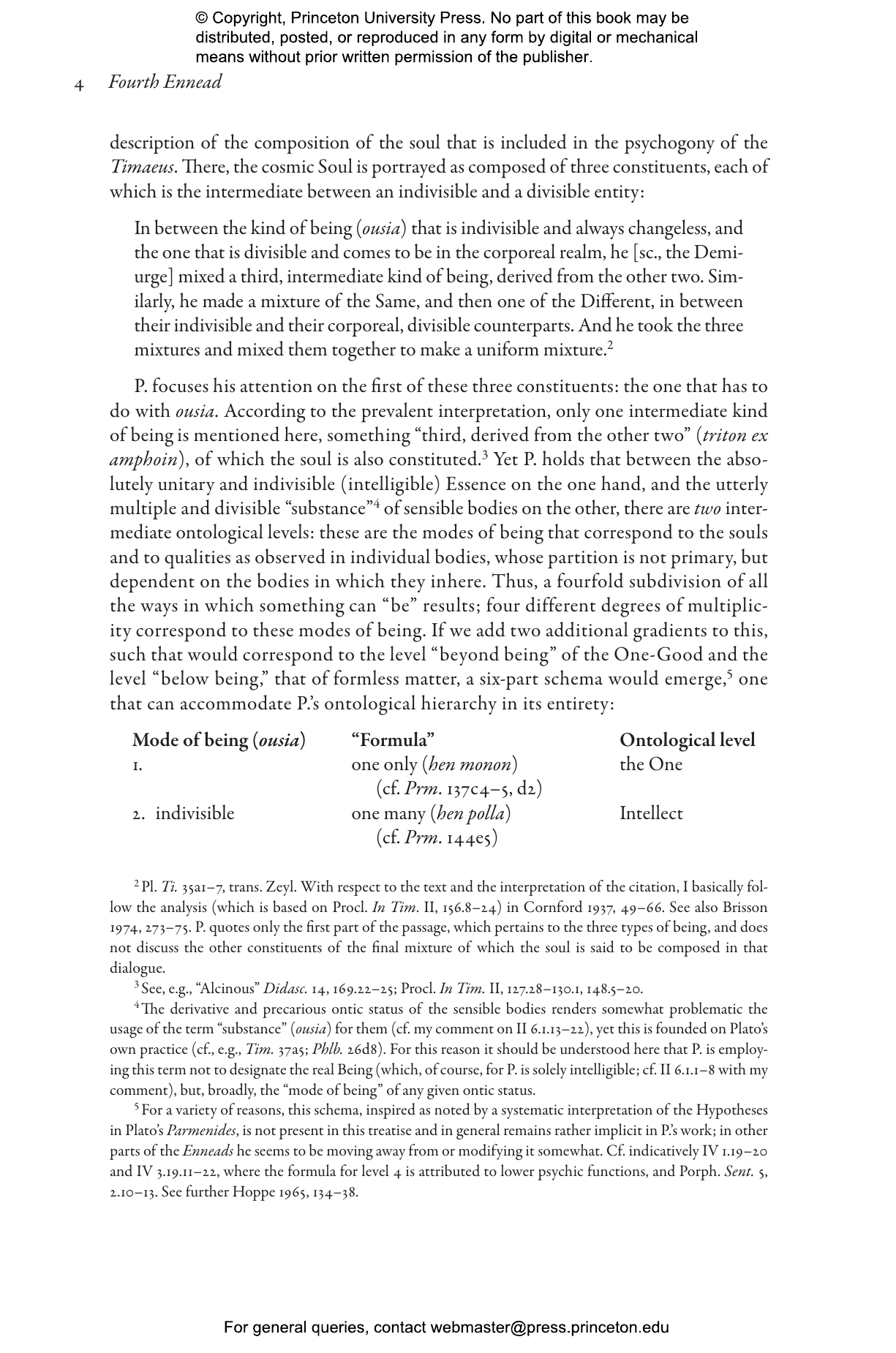 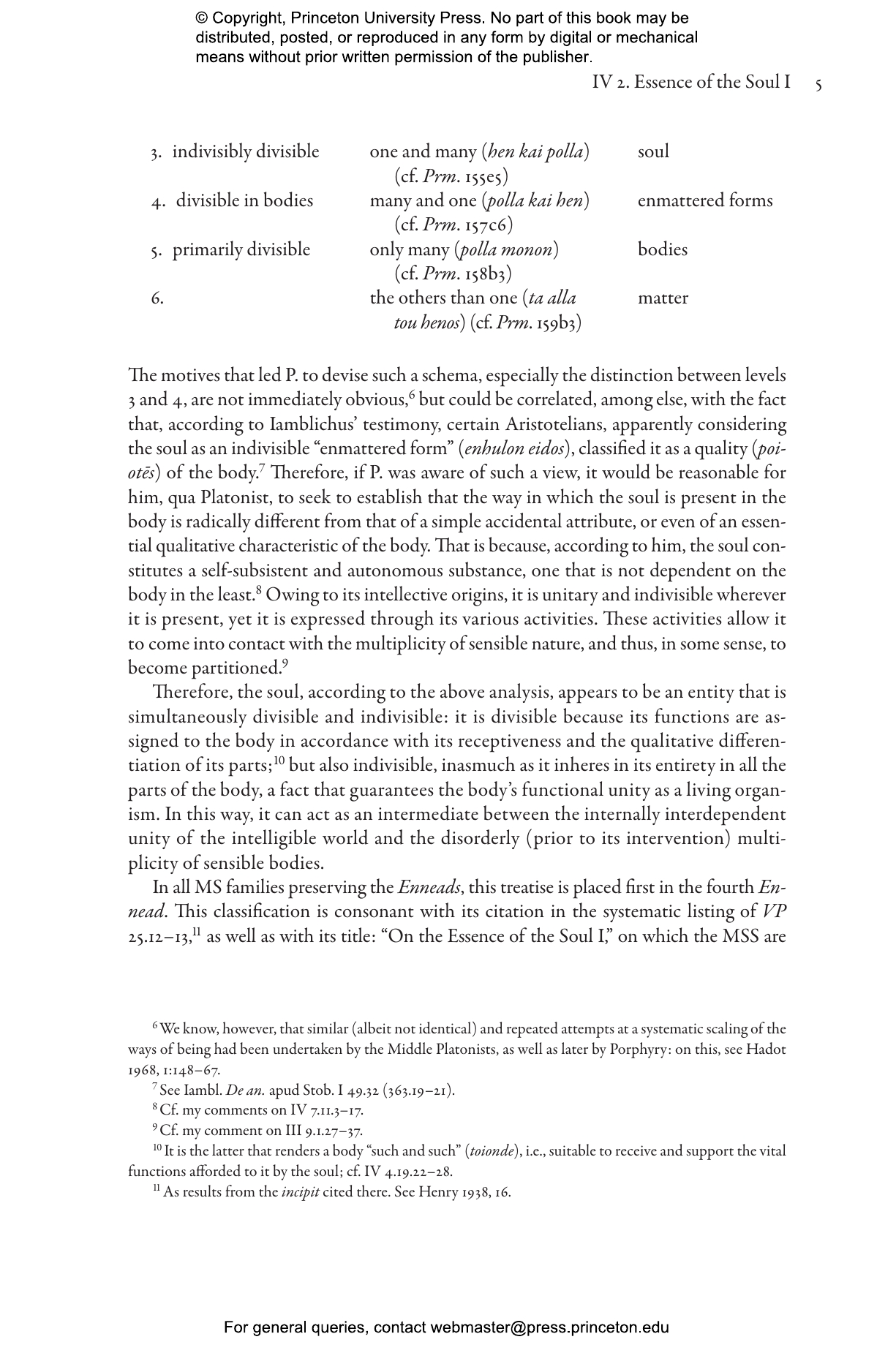 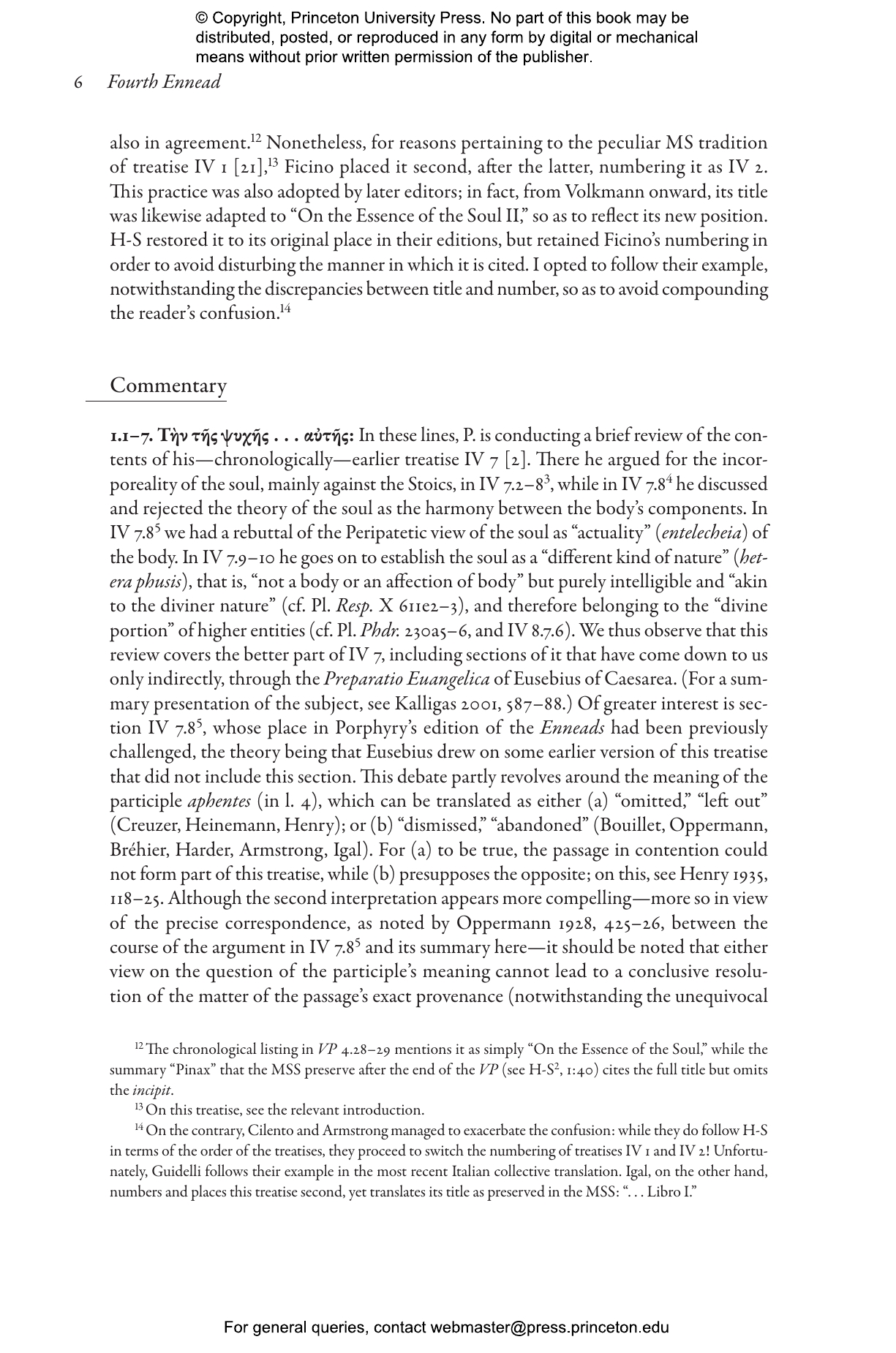 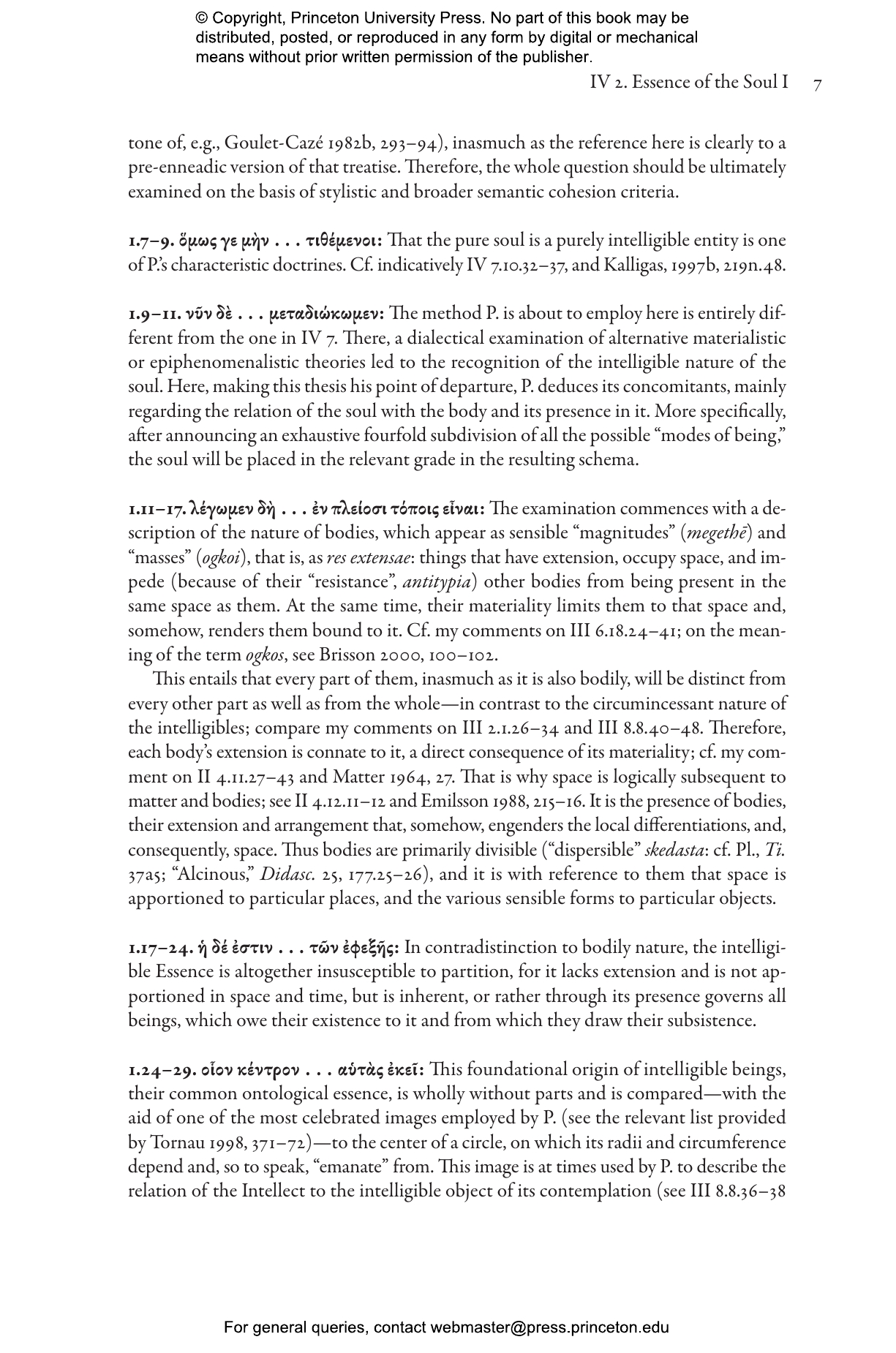 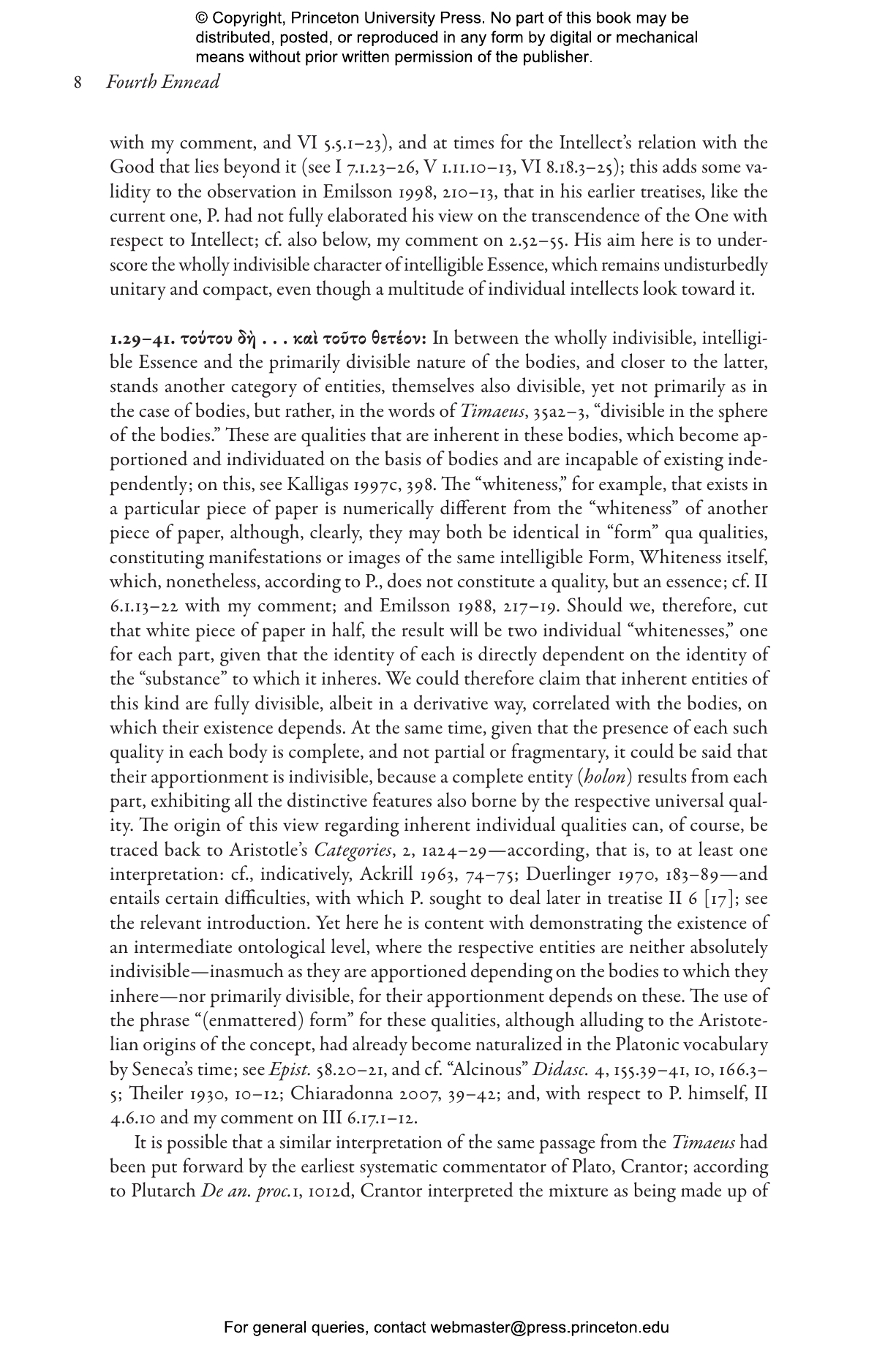 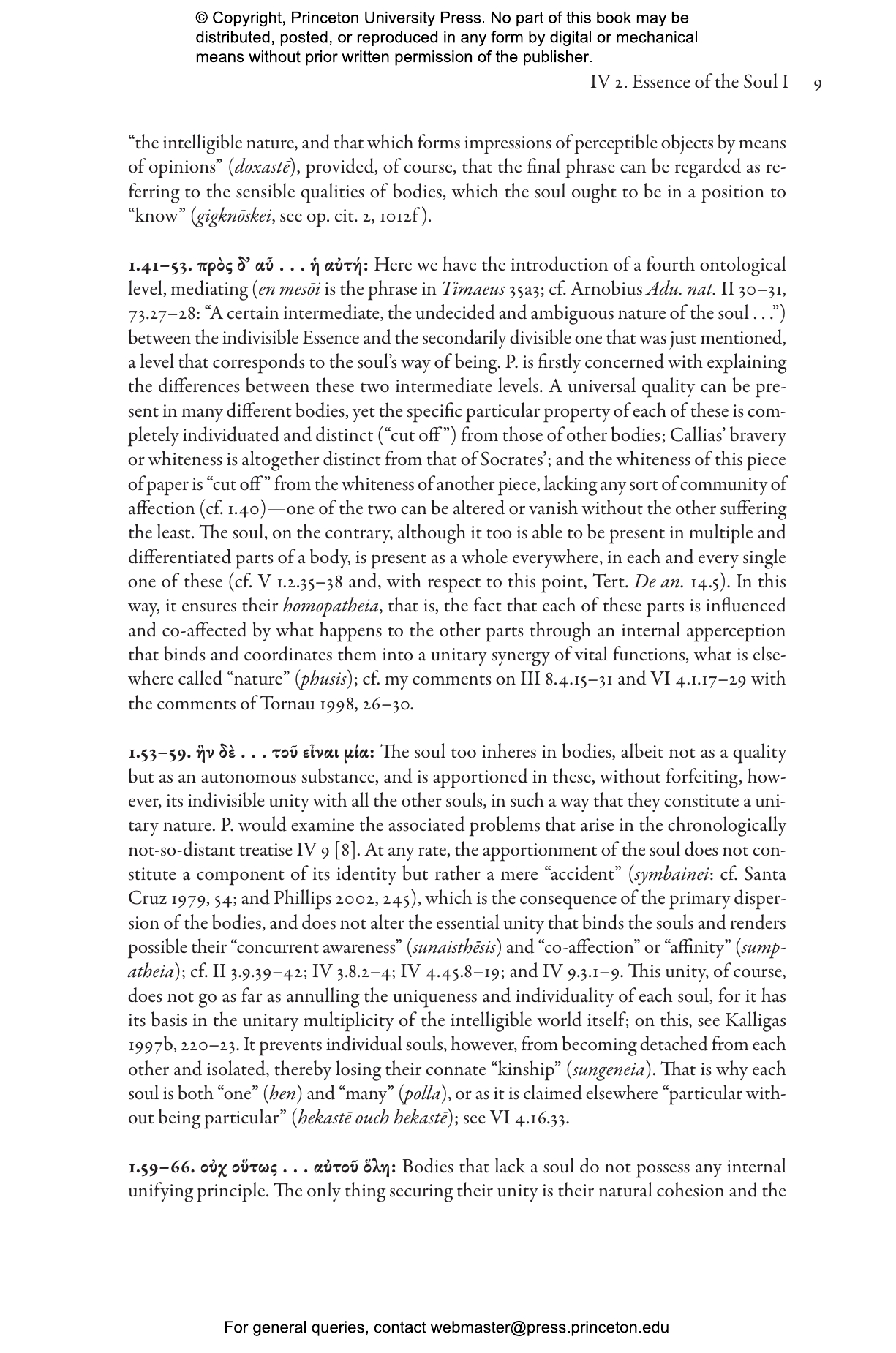 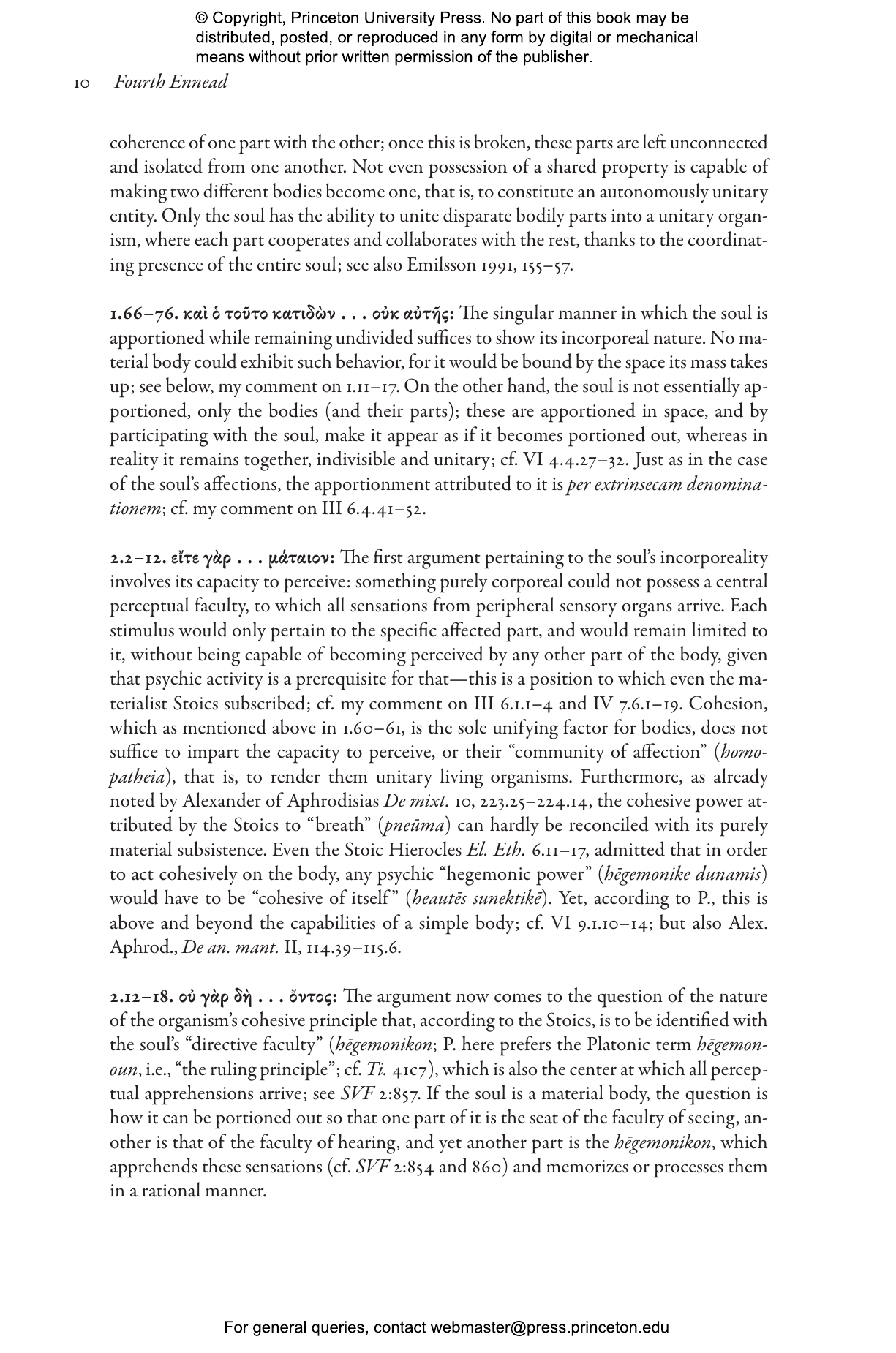 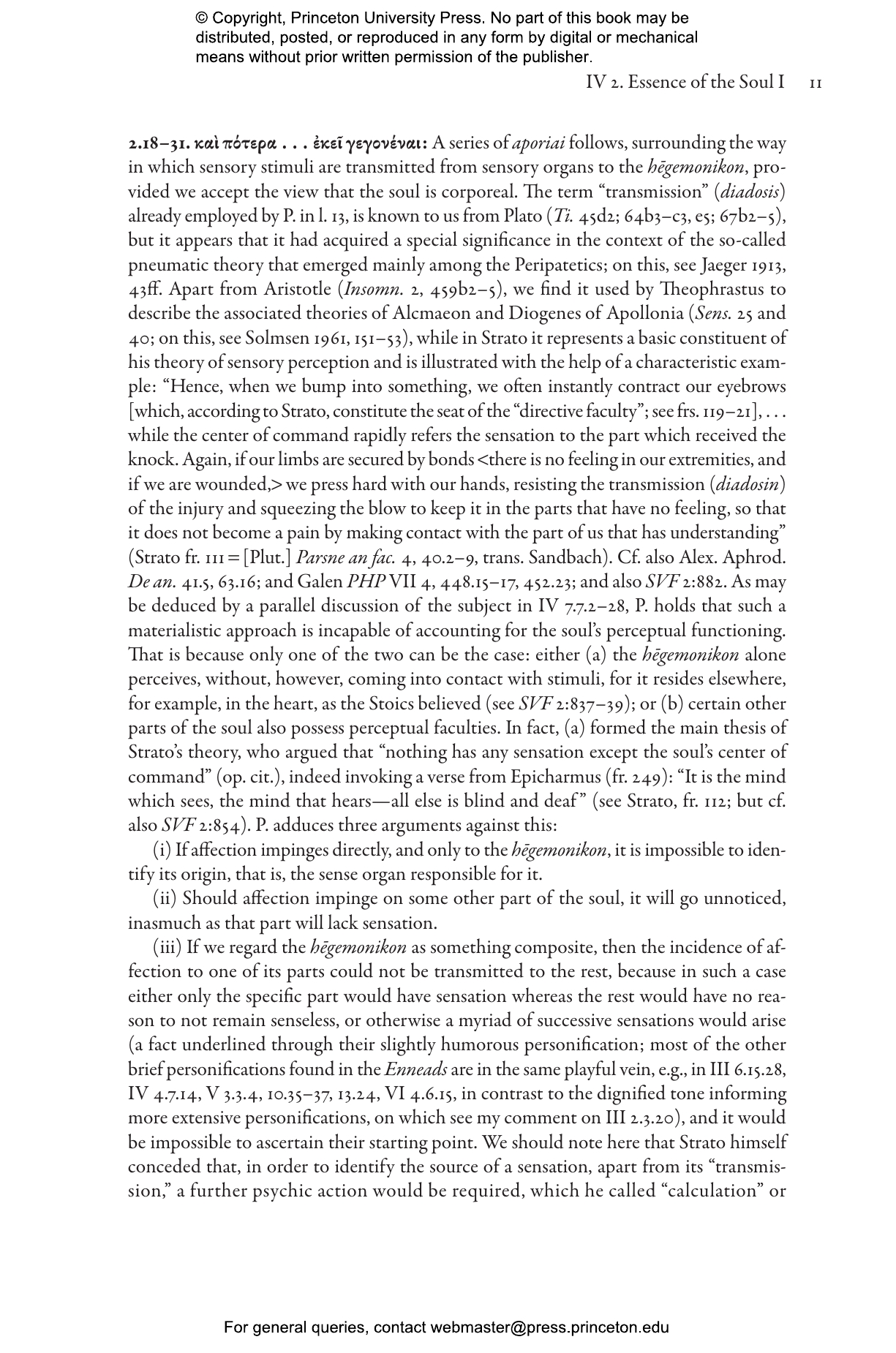 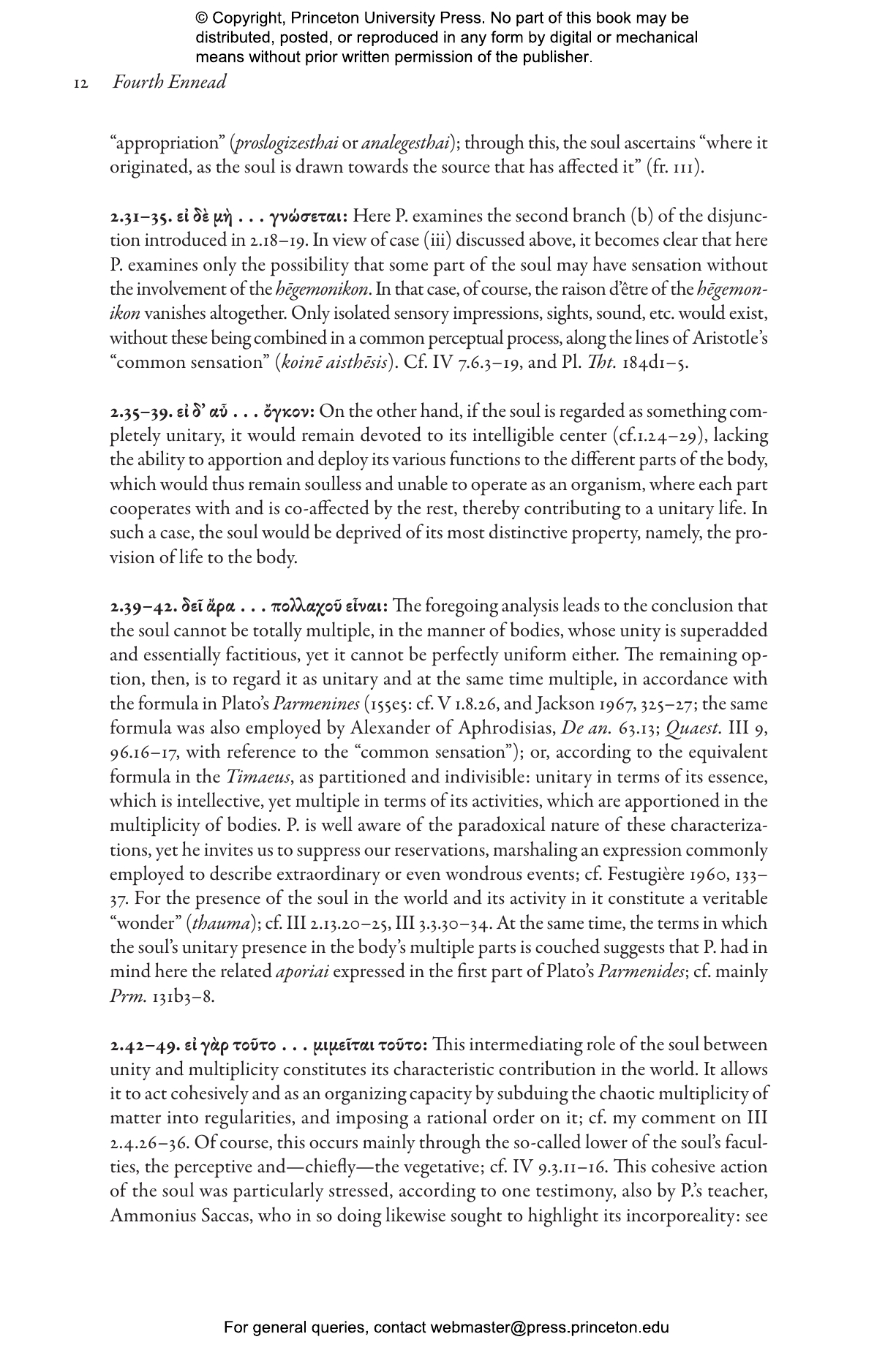 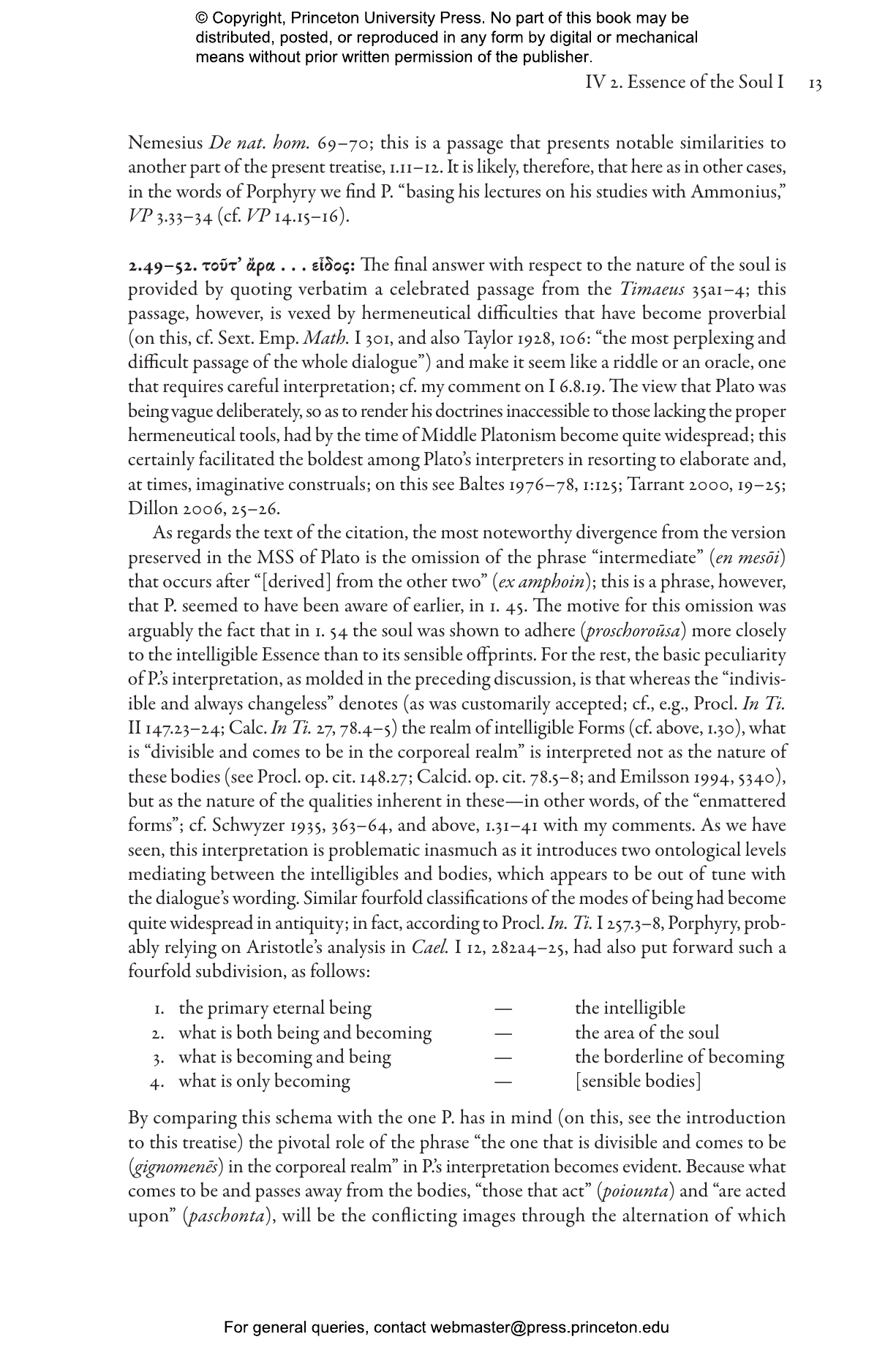 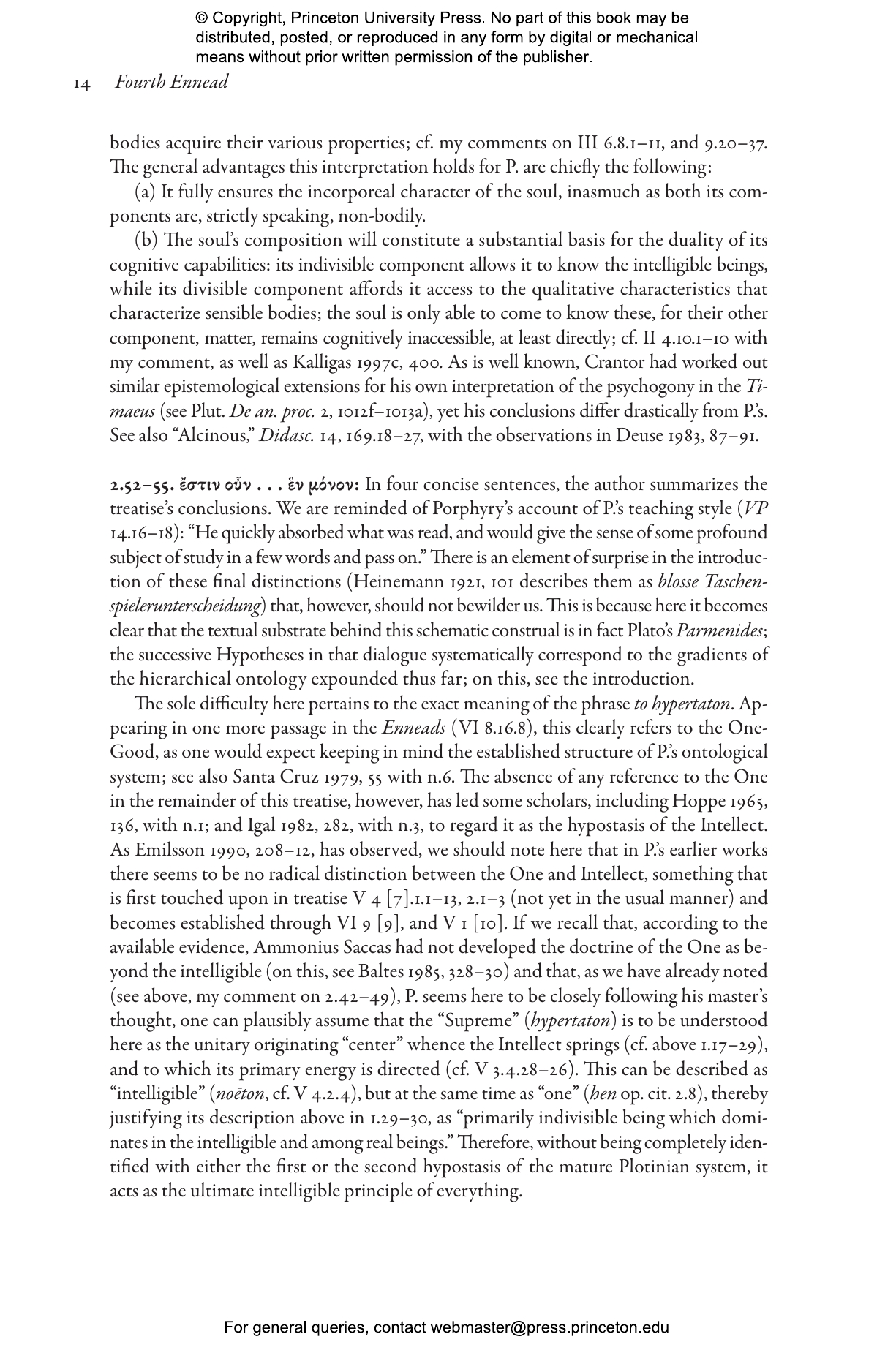 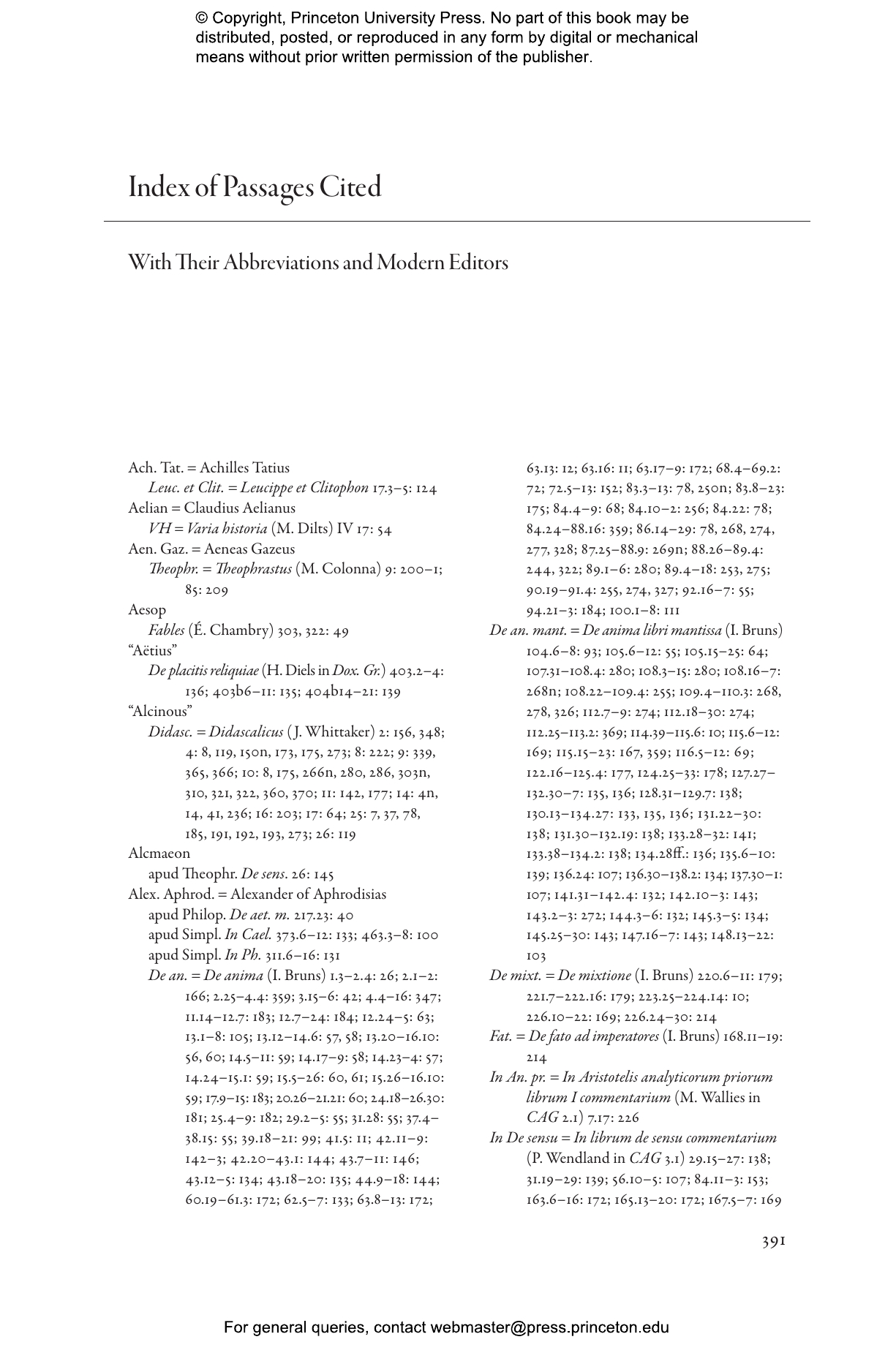 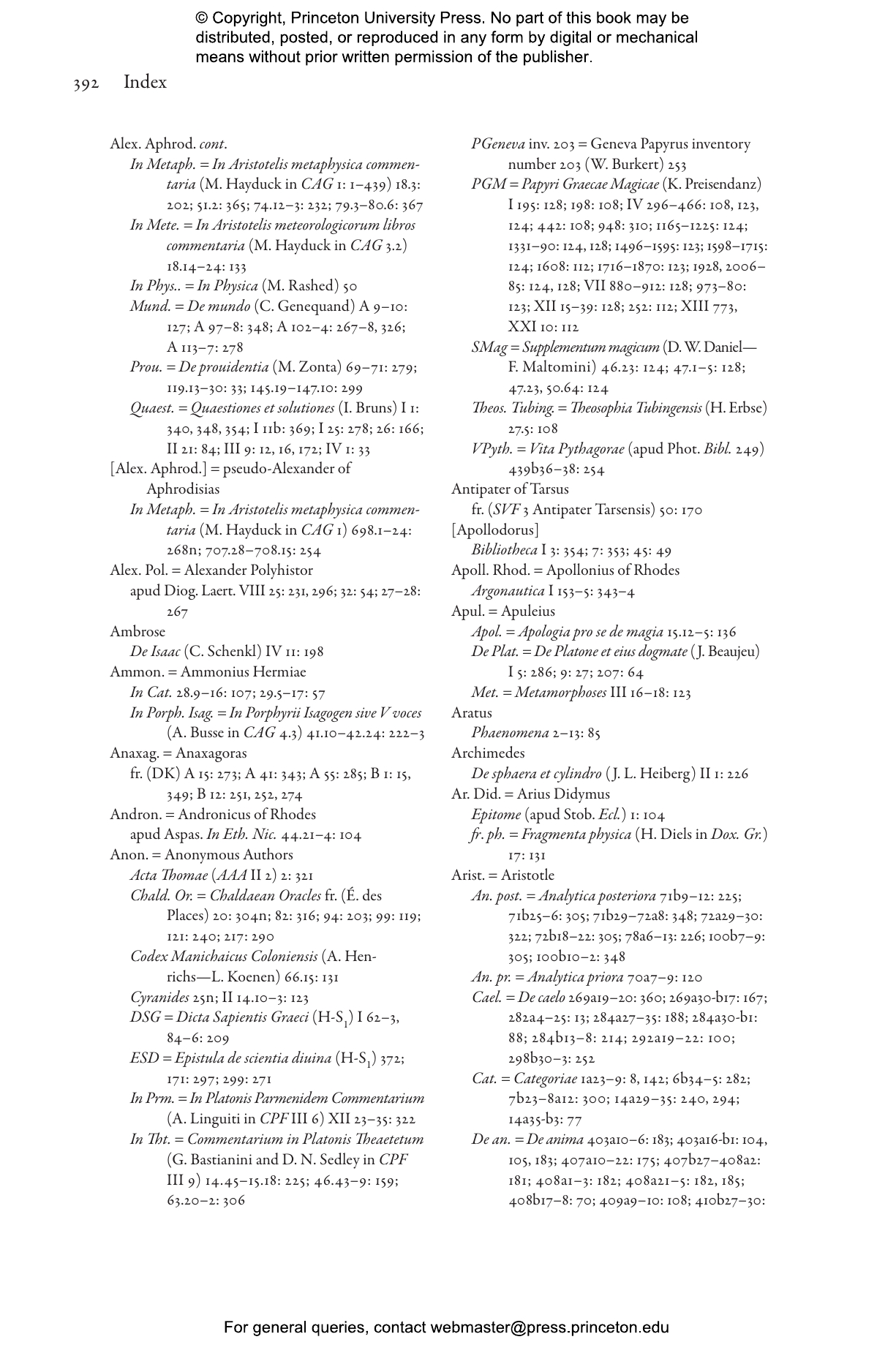 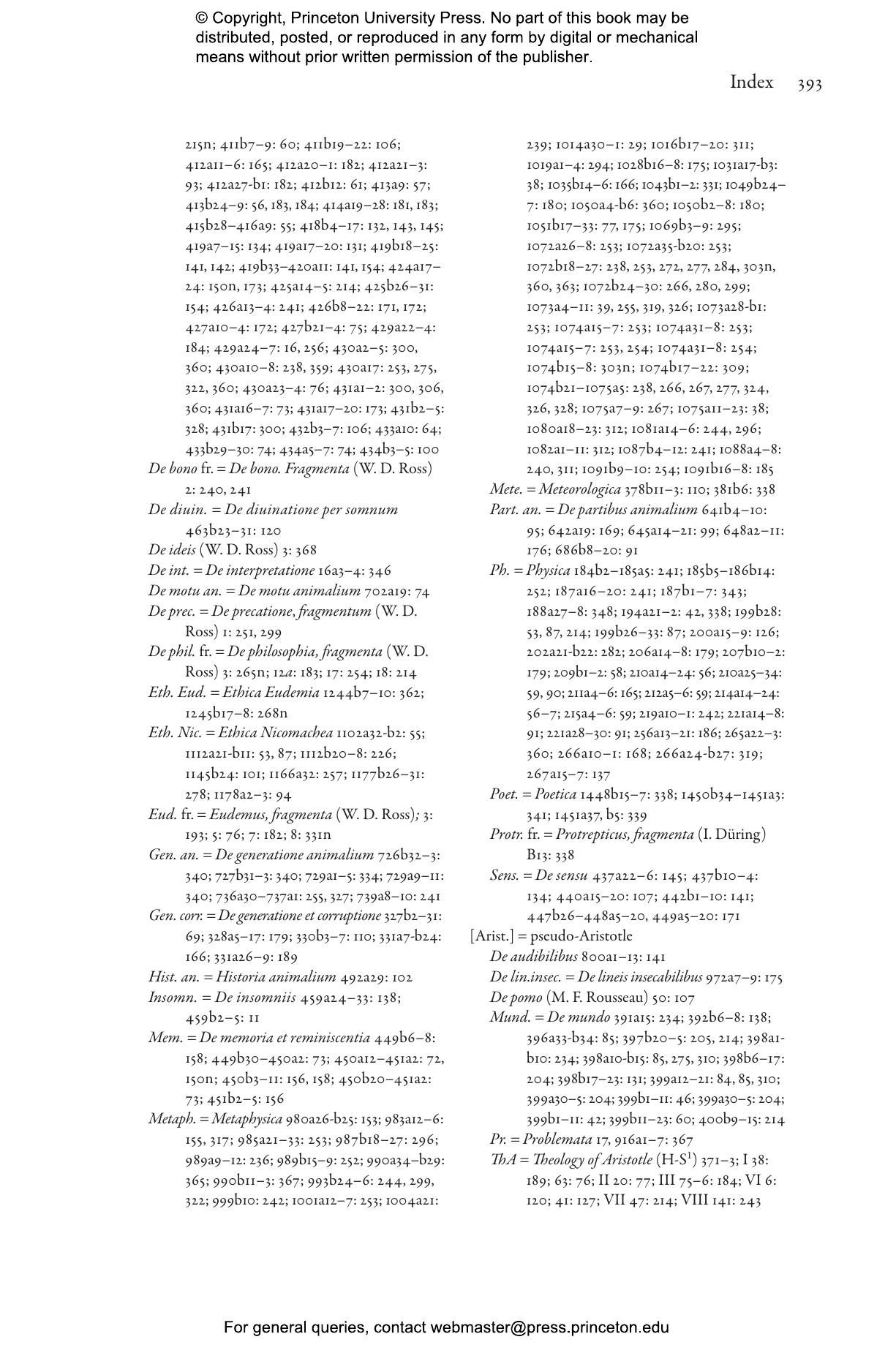 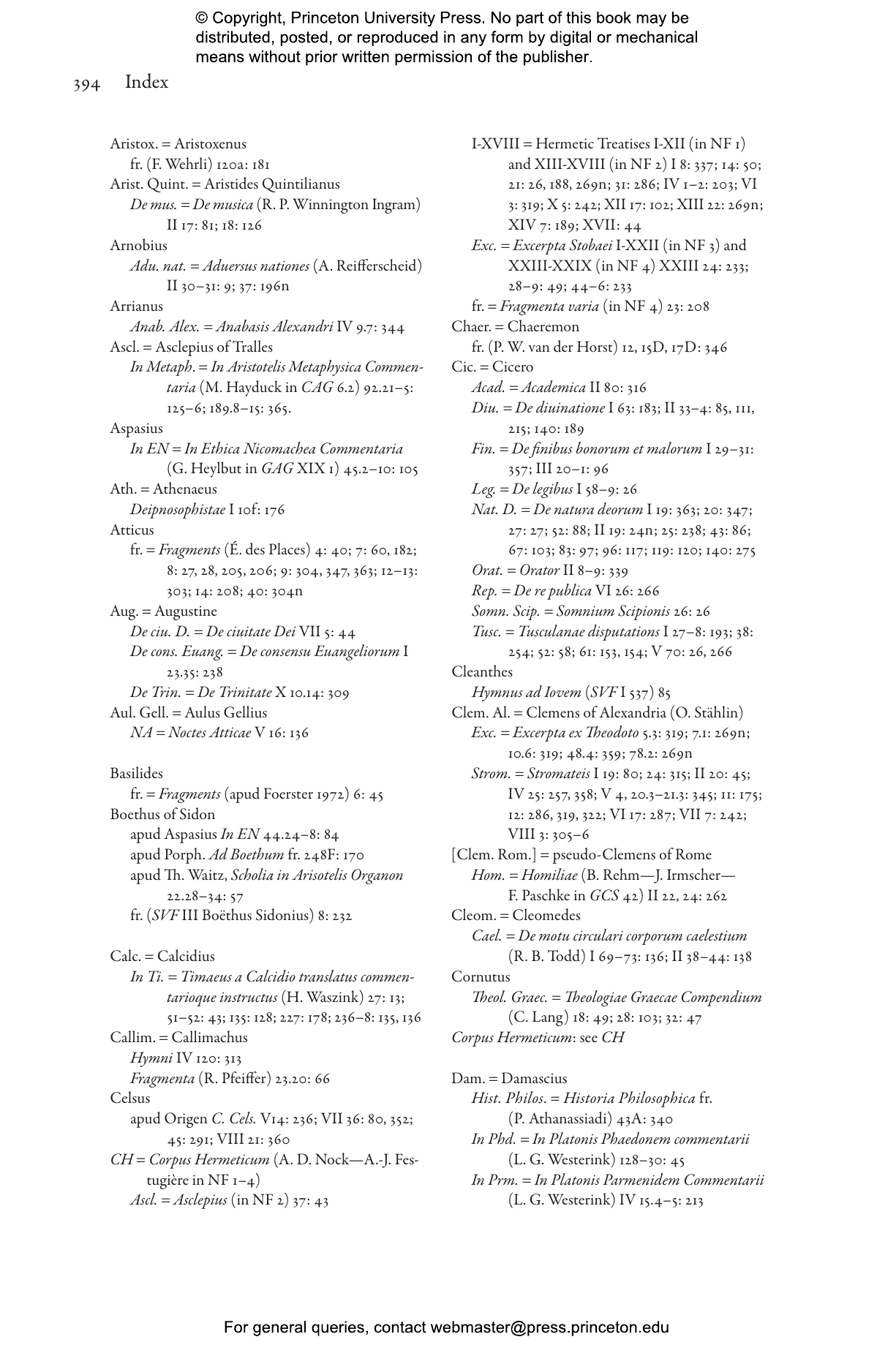 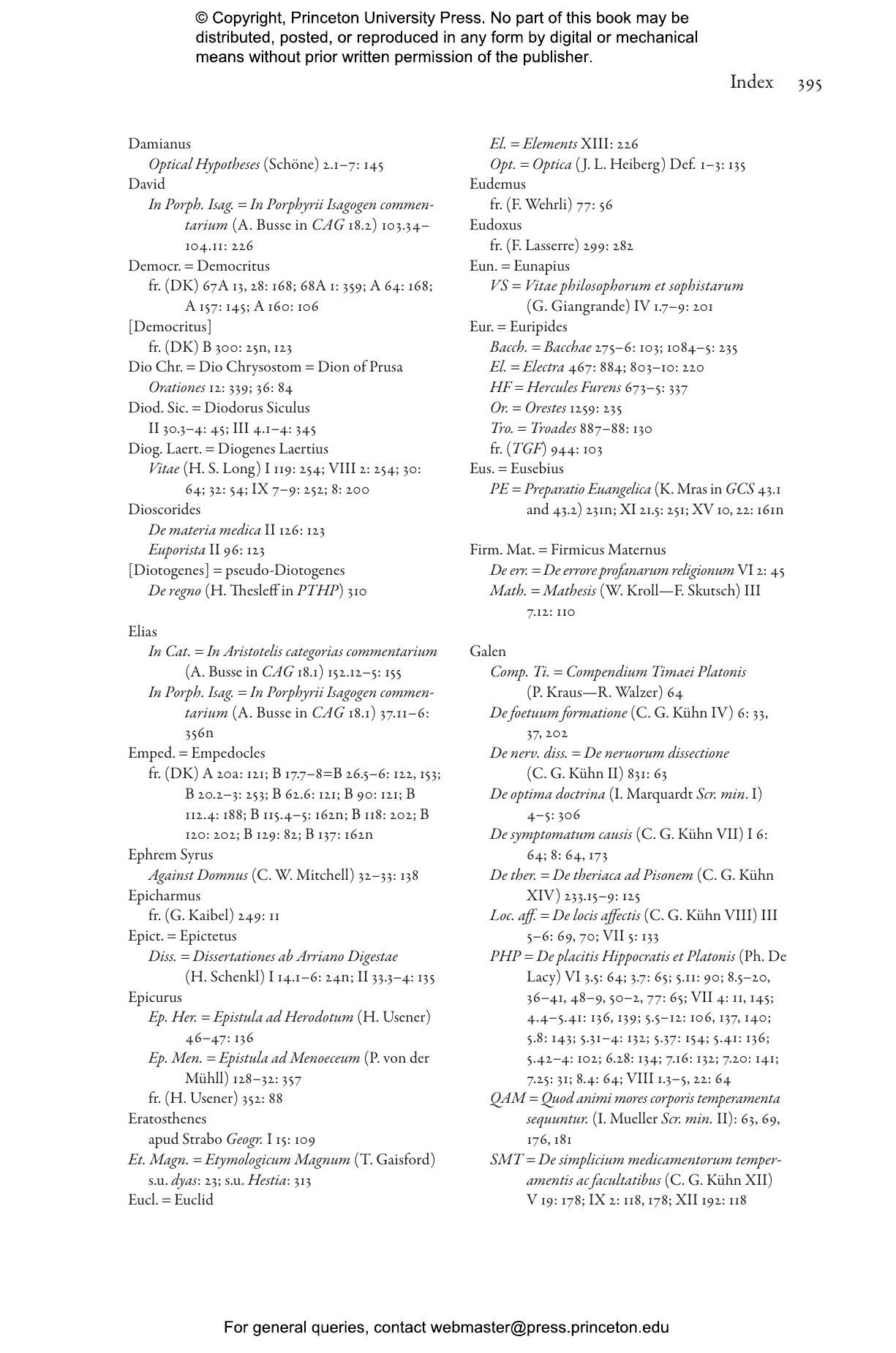 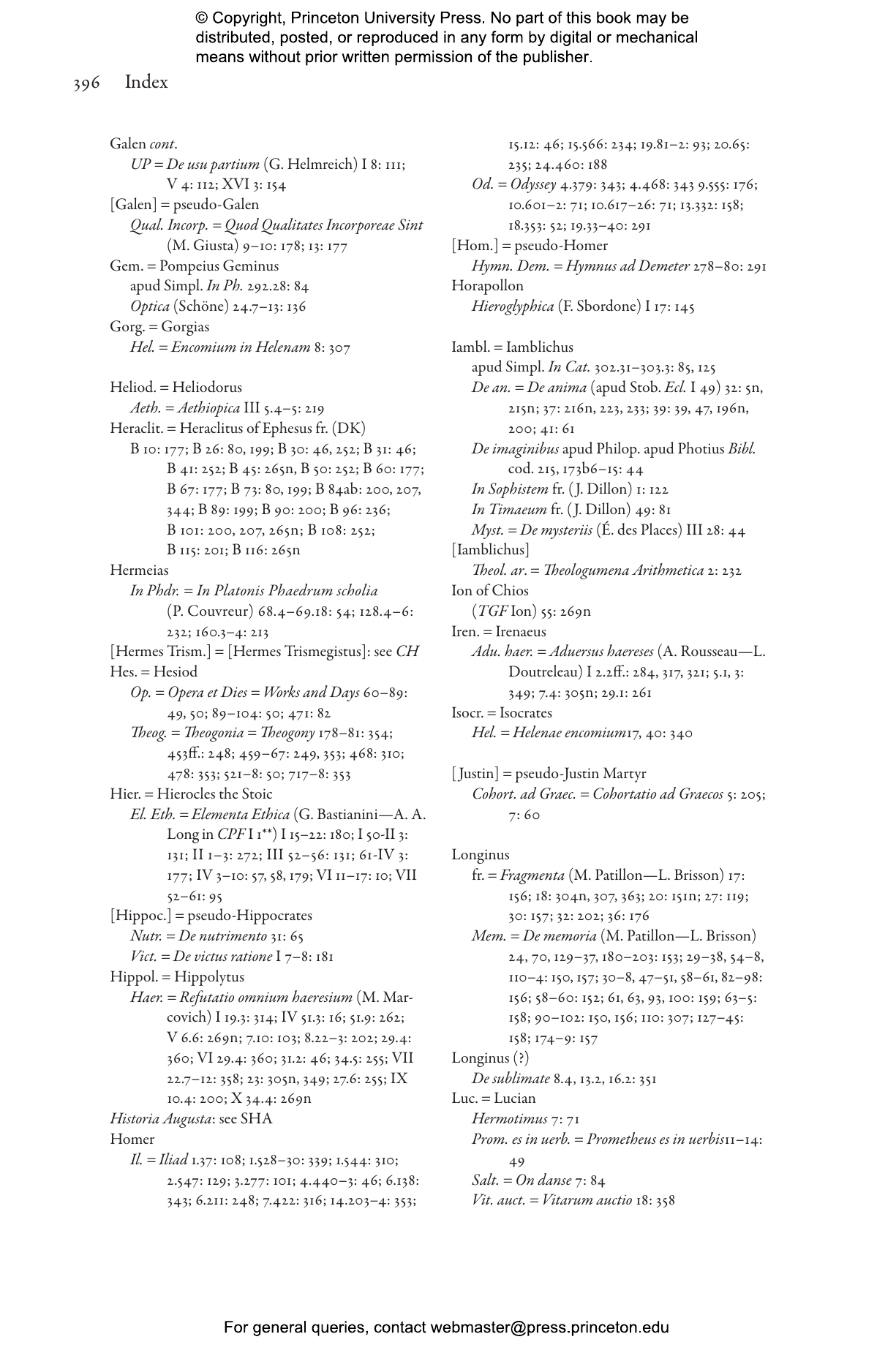 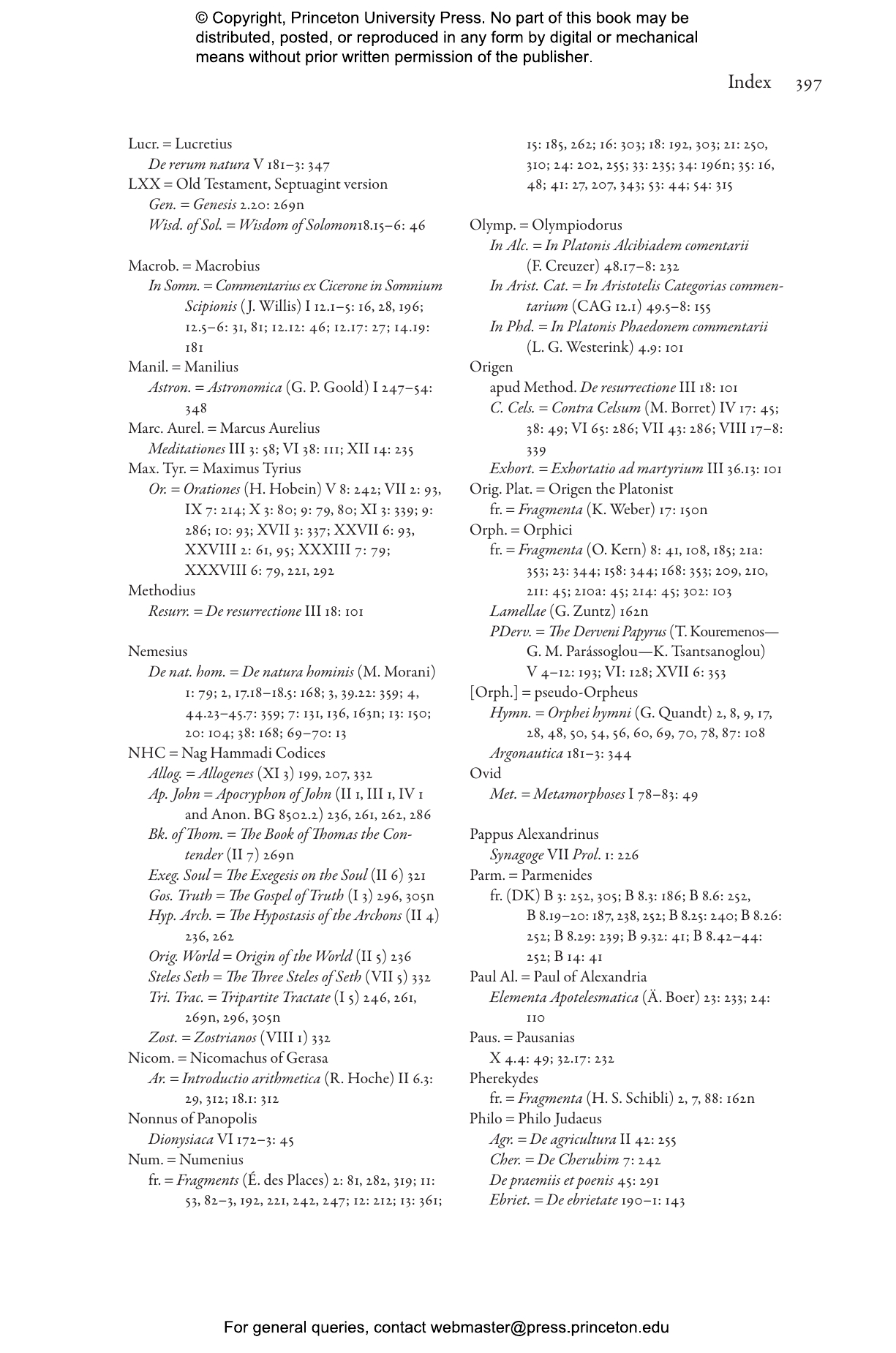 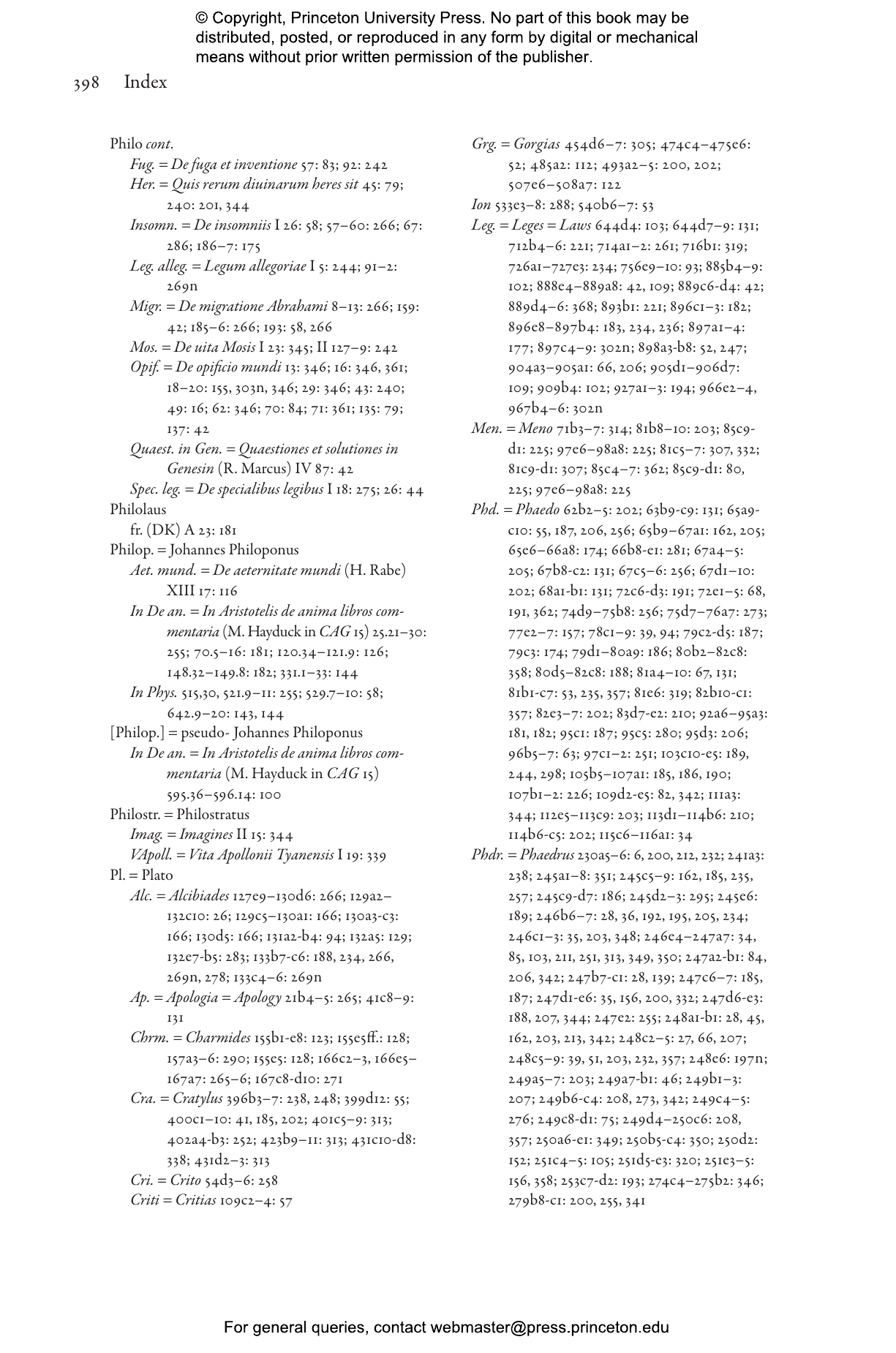 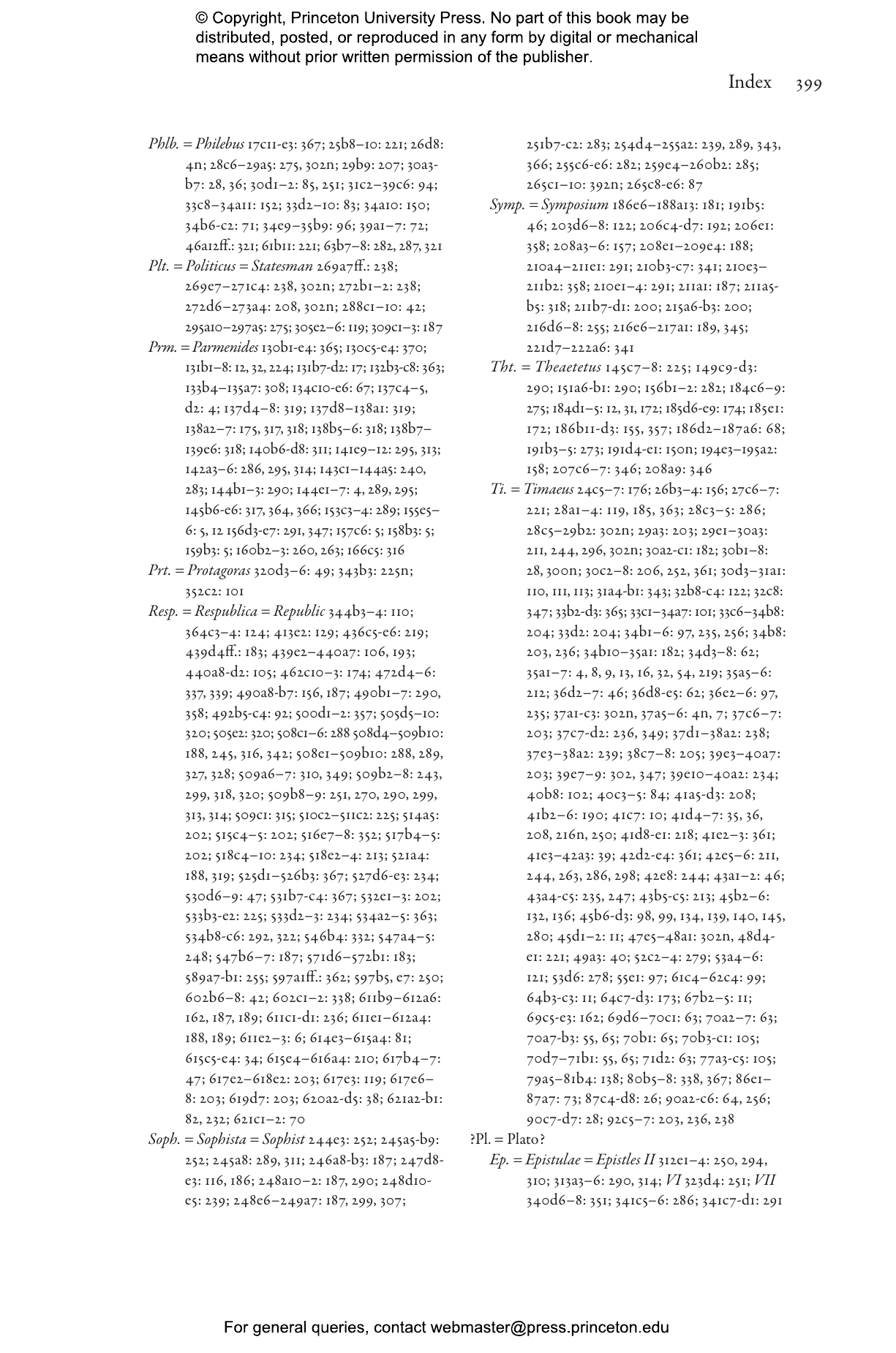 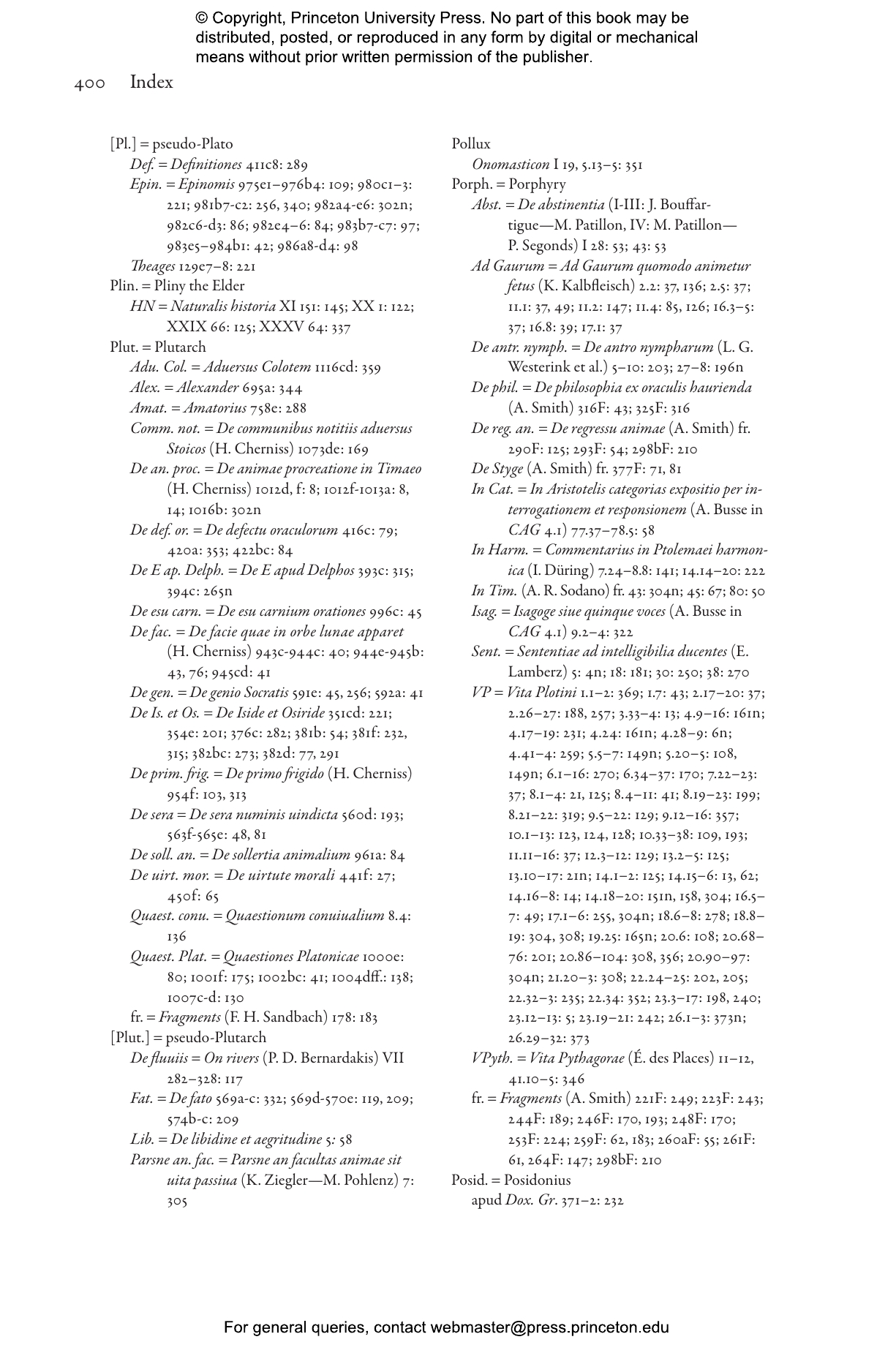 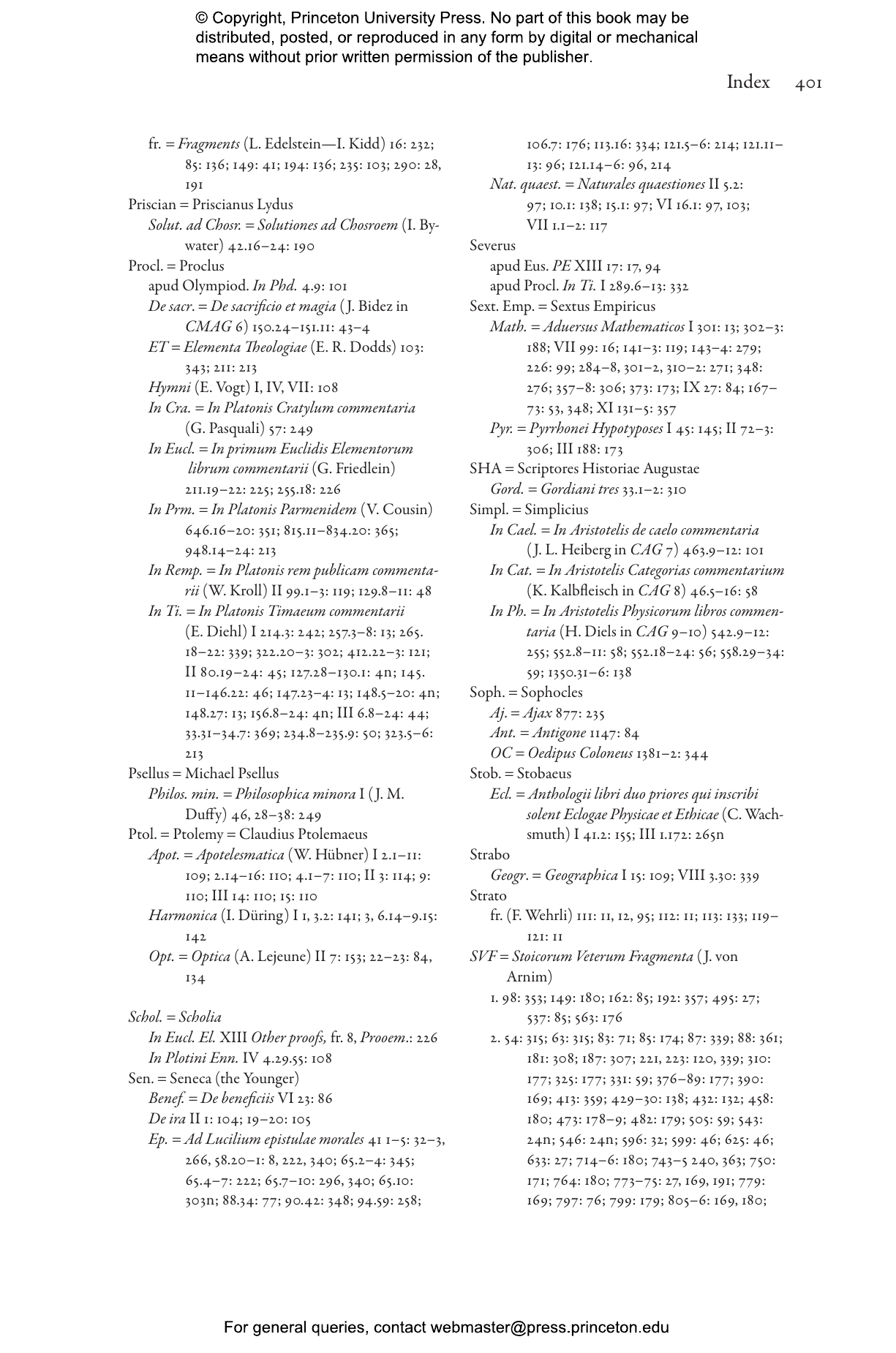 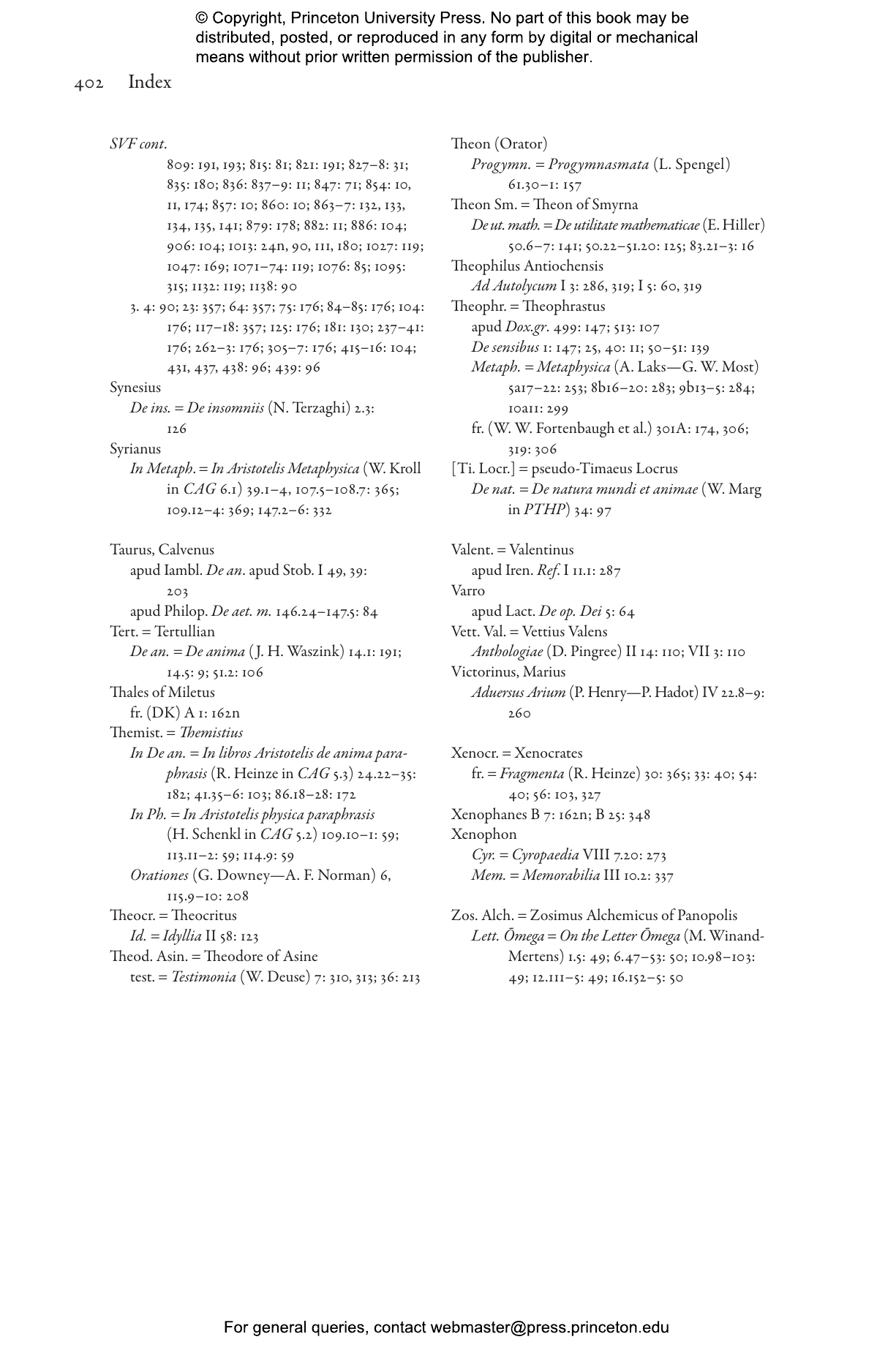 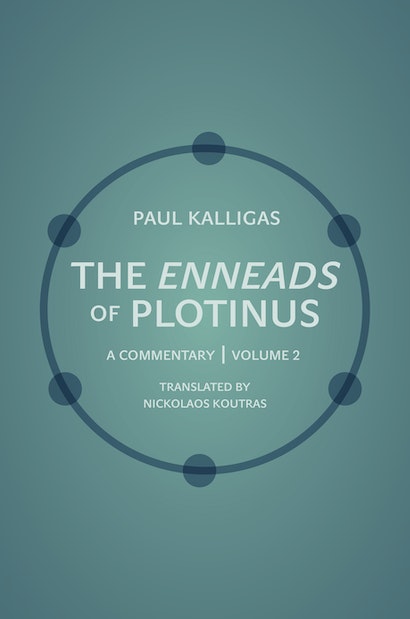 This is the second volume of a groundbreaking commentary on one of the most important works of ancient philosophy, the Enneads of Plotinus—a text that formed the basis of Neoplatonism and had a deep influence on early Christian thought and medieval and Renaissance philosophy. This volume covers Enneads IV and V, which focus on two of the principal “hypostases” of Plotinus’s ontological system, namely the soul and the Intellect. Paul Kalligas provides an analytical exegesis of the arguments, along with an account of Plotinus’s principal sources, references to other parts of his work, and a systematic evaluation of his overarching theoretical aspirations. A landmark contribution to Plotinus scholarship, this is the most detailed and extensive commentary ever written for the whole of the Enneads.

Paul Kalligas is director of the European Cultural Centre of Delphi in Greece and was previously professor of ancient philosophy at the National and Kapodistrian University of Athens.

"Kalligas's commentaries are a major event in the study of Plotinus. Kalligas is sensitive to the demands of exegesis, philology, and history, but also to the more subtle and challenging demands of philosophical analysis. His commentary displays extraordinary mastery of the full text of the Enneads and a sophisticated appreciation of the relevant contexts—from Plato, Aristotle, and Stoicism to skepticism, Middle Platonism, and the entire tradition of Neoplatonism."—Alexander P. D. Mourelatos, University of Texas, Austin