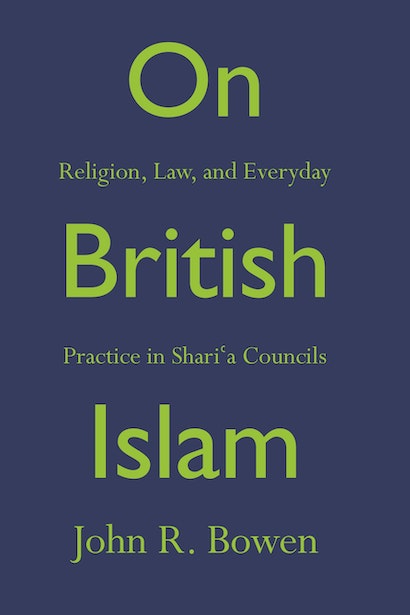 On British Islam examines the history and everyday workings of Islamic institutions in Britain, with a focus on shariʿa councils. These councils concern themselves with religious matters, especially divorce. They have a higher profile in Britain than in other Western nations. Why? Taking a historical and ethnographic look at British Islam, John Bowen examines how Muslims have created distinctive religious institutions in Britain and how shariʿa councils interpret and apply Islamic law in a secular British context.

Bowen focuses on three specific shariʿa councils: the oldest and most developed, in London; a Midlands community led by a Sufi saint and barrister; and a Birmingham-based council in which women play a leading role. Bowen shows that each of these councils represents a prolonged, unique experiment in meeting Muslims’ needs in a Western country. He also discusses how the councils have become a flash point in British public debates even as they adapt to the English legal environment.

On British Islam highlights British Muslims’ efforts to create institutions that make sense in both Islamic and British terms. This balancing act is rarely acknowledged in Britain—or elsewhere—but it is urgent that we understand it if we are to build new ways of living together.

John R. Bowen is the Dunbar-Van Cleve Professor in Arts & Sciences at Washington University in St. Louis. His books include A New Anthropology of Islam and Blaming Islam. 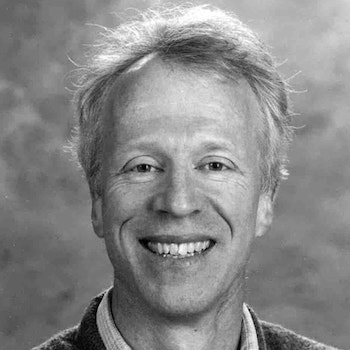 "Bowen has produced yet another valuable study. . . . [On British Islam] helps combat distorted generalizations about Islam and Muslims."—Choice

"A very valuable resource for readers interested in the workings of Shari'a councils."—Silke Elrifai, Esq., International Journal of Constitutional Law

"This is a marvelously crafted ethnography. Bowen makes excellent use of interviews and observation, and skillfully knits together a variety of separate specialties in Islamic jurisprudence, British colonial history, and immigration in contemporary Europe."—Hakan Erdagoz, Sociology of Islam

"On British Islam is the latest installment in Bowen's ambitious comparative ethnographic project. In many respects, it is also the most impressive. Above all, On British Islam is a rich depiction of the deliberations of several British Shari’a councils. . . . The four chapters that constitute ‘Practices’ are an ethnographic tour de force, an exemplary study in legal anthropology, the anthropology of Islam and the ‘anthropology of public reasoning’ in general."—Jeremy Walton, Islamic Law & Society

"This is a very well-researched book that accurately tries to portray the everyday life of Muslims and the problems they encounter. It is a welcome addition to the growing literature on the study of Muslims living in the West."—Abdur Rashid Saddiqui, The Muslim World Book Review

"[This book cements] Bowen's reputation as distinguished expert on Islam and anthropology. . . . Bowen . . . [shows] how religious law is socially constructed and how it is less fixed than popular assumptions suggest. This not only has the potential to transform the academic and popular debate allying concerns but also underscores the possibility of social, political, and legal change."—Russell Sandberg, Journal of Law and Society

"Bowen’s monograph presents a pressing and refreshing perspective on how Islam can exist as part of – rather than in parallel or in conflict with – European values and norms."—Giulia Liberatore, Journal of Royal Anthropological Institue

"In On British Islam, John Bowen's careful work, informed by anthropological insight and a comparative perspective, puts paid to oversimple stories of a clash of civilizations. Bowen shows that attempts by British Muslims to reach convergence with the wider society have varied, and often successful, results, and how these have been influenced by cultural characteristics unique to Britain versus other European nations. This is essential reading for anyone interested in issues of social integration."—Charles Taylor, McGill University

"Understanding how Muslims can be accommodated in European liberal societies has become an ever more urgent issue, and the topic of shari'a law in particular has been a focus of popular anxieties for nearly a decade. Based on rare access to British shari'a council proceedings and archives of cases, On British Islam combines original source material with John Bowen's expertise as a leading scholar of Islamic law. This elegant book is an invaluable resource and much-needed gold standard for future scholarship on Muslims and Islam in liberal societies."—Maleiha Malik, King's College London

"This is an imaginatively framed, diligently researched book analyzing the public transactions that involve Muslim and civil law in today's United Kingdom. Bowen provides an array of case studies, each etched with consistently engaging, well-crafted interviews. They make his analysis at once broad and incisive. One will learn more about the intra-Muslim dynamics of public reasoning from On British Islam than from any other work to date on Muslims in the United Kingdom."—Bruce B. Lawrence, author of The Qur'an: A Biography

"This book explains in depth how manifestations of Islam in Britain are shaped. It shows that Muslims in Britain are not aiming to construct a separate system, but are desperately trying to reconstruct the existing system on their own terms. Through excellent fieldwork, Bowen examines the key factors driving these various adaptations and clearly presents their complexities."—Werner Menski, emeritus professor of law, SOAS, University of London