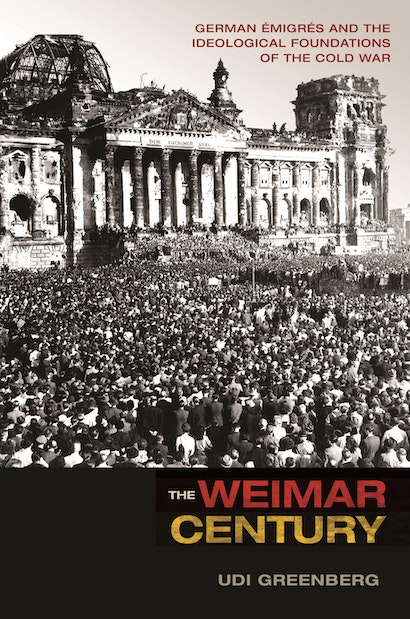 In restructuring German thought and politics, these émigrés also shaped the currents of the early Cold War. Having borne witness to Weimar’s political clashes and violent upheavals, they called on democratic regimes to permanently mobilize their citizens and resources in global struggle against their Communist enemies. In the process, they gained entry to the highest levels of American power, serving as top-level advisors to American occupation authorities in Germany and Korea, consultants for the State Department in Latin America, and leaders in universities and philanthropic foundations across Europe and the United States. Their ideas became integral to American global hegemony.

From interwar Germany to the dawn of the American century, The Weimar Century sheds light on the crucial ideas, individuals, and politics that made the trans-Atlantic postwar order.

Udi Greenberg is assistant professor of history at Dartmouth College. 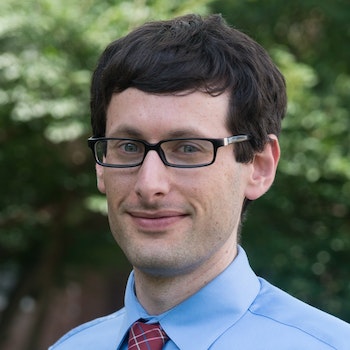 "The Weimar Century is a stimulating, original, and timely meditation on politics and ideas."—Michael Kimmage, New Republic

"A fascinating and readable study of five thinkers who are mainly forgotten but were influential in the early Cold War era and postwar Germany."—Jörg Meindl, Yearbook of German American Studies

"A most ambitious and important work that spans several fields and offers new interpretations of the post-World War II democratization of West Germany, the consolidation of the Atlantic alliance, and the character of US Cold War thought and policy."—Mary Nolan, Journal of Modern History

"Greenberg has written a highly original book that reshapes scholarship on the role of German émigrés in the United States, and opens a broader agenda for historical research about continuities and discontinuities in political thought and the traffic of political ideas across long distances in the twentieth century."—Hubertus Buchstein, Max Weber Studies

"A compelling American history of German intellectuals. The real success of an intellectual history . . . lies in the way it opens up interesting and challenging ideas for readers, and in this respect as well, Greenberg has succeeded. The reader ends with an acute desire to read more."—Peter C. Caldwell, Perspectives on Politics

"This remarkable book describes how a group of German intellectuals who were persecuted by Hitler helped defeat Fascism and redefined the postwar world. Drawing on groundbreaking research and bringing key figures to life, Udi Greenberg shows how these individuals created a Cold War community in the West that defeated Communism and set the stage for our contemporary era. This is one of the most important books written on the history of our times."—Jeremi Suri, author of Liberty's Surest Guardian

"Although postwar Germans often protested that 'Bonn is not Weimar,' Udi Greenberg allows us to see the extent to which they erred, but in a surprising way. Examining the critical role five émigrés played in establishing the democratic culture of West Germany, Greenberg shows that their experiences before being forced by the Nazis to leave the country still informed their thinking after they returned. Greenberg demonstrates how the constructive lessons of their Weimar past, refracted through exile in America, enabled the political miracle of the Federal Republic."—Martin Jay, University of California, Berkeley

"An extraordinary and highly original study of two historical fronts: the fate of German political theorists exiled by Hitler, and the shaping of American Cold War ideology by those same Weimar intellectuals. With his remarkable archival discoveries and brilliant interpretations, Udi Greenberg has written a dramatic book that will reshape scholarship."—Susannah Heschel, author of The Aryan Jesus

"Dramatizing the exile of Germans to a United States about to rise to global leadership after World War II, this ingeniously conceived study shows how these intellectuals ushered much of the world into their ‘Weimar century.' In our era of transnational and global history, Udi Greenberg demonstrates that traffic in ideas across long distances needs to be studied in both directions. No other book does what this one does—and with such impressive success."—Samuel Moyn, Harvard University

"The Weimar Century is a lucid, balanced, and carefully researched book about five German intellectuals who developed ideas of democracy and anti-Communism in the Weimar era. Demonstrating a worldly sensitivity, it shows how these intellectuals, as émigrés to the United States, came to exercise tremendous influence over the ideological and strategic self-understanding of the West during the Cold War."—Peter E. Gordon, Harvard University