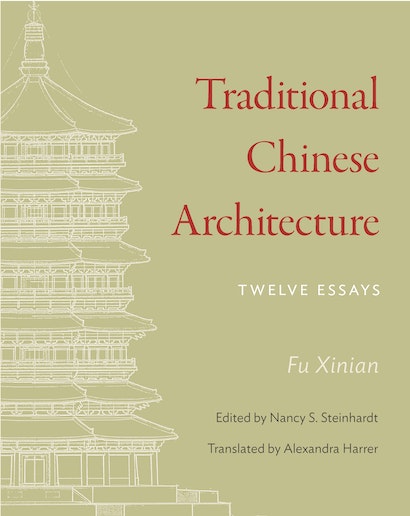 Fu Xinian is considered by many to be the world’s leading historian of Chinese architecture. He is an expert on every type of Chinese architecture from every period through the nineteenth century, and his work is at the cutting edge of the field. Traditional Chinese Architecture gathers together, for the first time in English, twelve seminal essays by Fu Xinian. This wide-ranging book pays special attention to the technical aspects of the building tradition since the first millennium BC, and Fu Xinian’s signature drawings abundantly illustrate its nuances.

The essays delve into the modular basis for individual structures, complexes, and cities; lateral and longitudinal building frames; the unity of sculpture and building to create viewing angles; the influence of Chinese construction on Japanese architecture; and the reliability of images to inform us about architecture. Organized chronologically, the book also examines such topics as the representation of architecture on vessels in the Warring States period, early Buddhist architecture, and the evolution of imperial architecture from the Tang to Ming dynasty. A biography of Fu Xinian and a detailed Chinese-English glossary are included.

Bringing together some of the most groundbreaking scholarship in Chinese architectural history, Traditional Chinese Architecture showcases an uncontested master of the discipline.

"This volume can be read as an introduction to Chinese architecture, or it can be used as a detailed reference tool. An important resource for anyone interested in architectural history."—Choice

"Fu Xinian is one of the most important scholars of Chinese architecture, and this English translation of his essays is a major contribution to the field. This work will be welcomed by students of global architectural traditions as well as those interested in the history, art history, architectural history, and material culture of China."—Tracy Miller, Vanderbilt University

"One of the most eminent Chinese architectural historians of his times, Fu Xinian's work has decisively shaped how the field has developed since the 1980s. Fu, more than any other scholar of his generation, has broadened the scope of the history of China's building tradition to what we understand it to be today. The essays in this collection are thoughtful and useful, the translations are superb, and the range and depth of the discussions are unprecedented." —Wei-Cheng Lin, University of Chicago