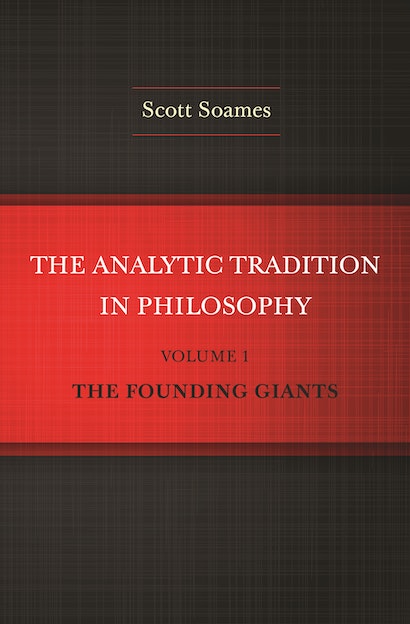 This is the first of five volumes of a definitive history of analytic philosophy from the invention of modern logic in 1879 to the end of the twentieth century. Scott Soames, a leading philosopher of language and historian of analytic philosophy, provides the fullest and most detailed account of the analytic tradition yet published, one that is unmatched in its chronological range, topics covered, and depth of treatment. Focusing on the major milestones and distinguishing them from the dead ends, Soames gives a seminal account of where the analytic tradition has been and where it appears to be heading.

Volume 1 examines the initial phase of the analytic tradition through the major contributions of three of its four founding giants—Gottlob Frege, Bertrand Russell, and G. E. Moore. Soames describes and analyzes their work in logic, the philosophy of mathematics, epistemology, metaphysics, ethics, and the philosophy of language. He explains how by about 1920 their efforts had made logic, language, and mathematics central to philosophy in an unprecedented way. But although logic, language, and mathematics were now seen as powerful tools to attain traditional ends, they did not yet define philosophy. As volume 1 comes to a close, that was all about to change with the advent of the fourth founding giant, Ludwig Wittgenstein, and the 1922 English publication of his Tractatus, which ushered in a “linguistic turn” in philosophy that was to last for decades.

"The first in a projected five-volume set, this is a brilliant, challenging, and stimulating philosophical exegesis of seminal texts. . . . In this monumental work, Soames explicates in detail and insightfully critiques virtually every aspect of their philosophical contributions."—Choice

"This is an incredibly rewarding book. The range of topics and level of detail are breathtaking. Soames is very skilled at turning the prose of other philosophers into clear, precise, and logically transparent arguments. Over and over again he takes an unfiltered passage and turns it into a numbered sequence of premises and conclusion. It is exceptionally useful and productive to have arguments laid out in this standard form. This volume will be a great pedagogical tool, both as a classroom text and as a reference."—Peter Hanks, University of Minnesota