An advanced treatment of surgery theory for graduate students and researchers 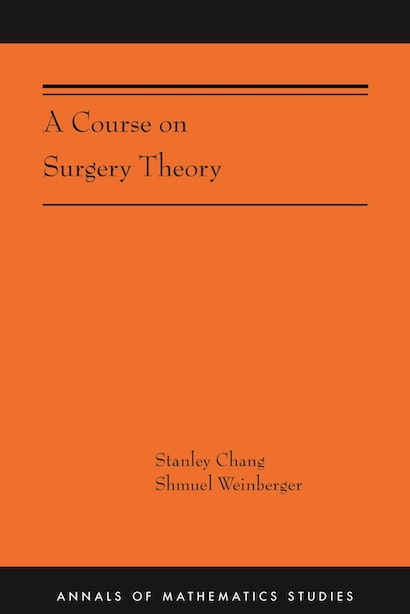 Surgery theory, a subfield of geometric topology, is the study of the classifications of manifolds. A Course on Surgery Theory offers a modern look at this important mathematical discipline and some of its applications. In this book, Stanley Chang and Shmuel Weinberger explain some of the triumphs of surgery theory during the past three decades, from both an algebraic and geometric point of view. They also provide an extensive treatment of basic ideas, main theorems, active applications, and recent literature. The authors methodically cover all aspects of surgery theory, connecting it to other relevant areas of mathematics, including geometry, homotopy theory, analysis, and algebra. Later chapters are self-contained, so readers can study them directly based on topic interest. Of significant use to high-dimensional topologists and researchers in noncommutative geometry and algebraic K-theory, A Course on Surgery Theory serves as an important resource for the mathematics community.

"A valuable source of knowledge (for graduate students and researchers) on surgery theory and its applications."—Krzysztof M. Pawałowski, ZbMATH Open