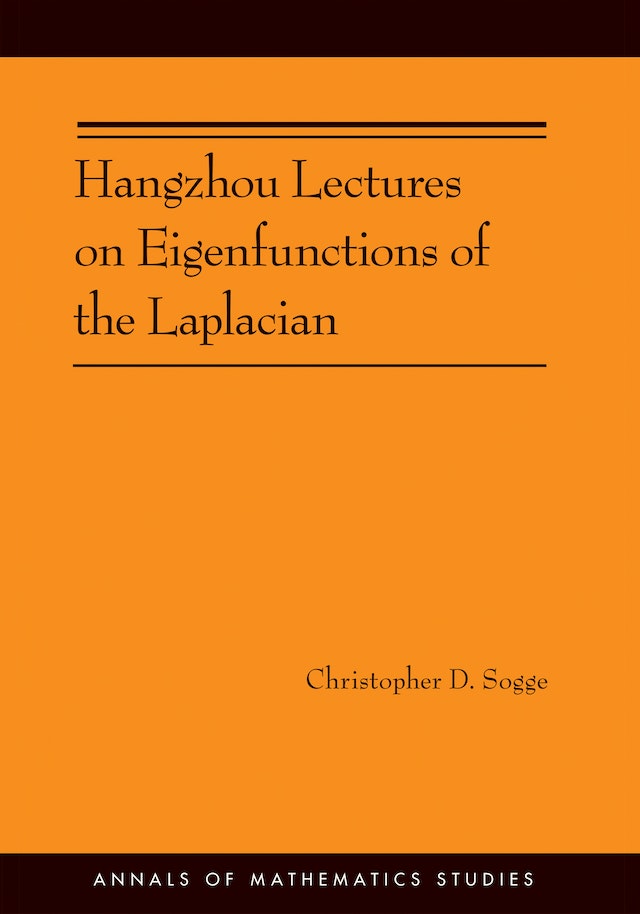 Based on lectures given at Zhejiang University in Hangzhou, China, and Johns Hopkins University, this book introduces eigenfunctions on Riemannian manifolds. Christopher Sogge gives a proof of the sharp Weyl formula for the distribution of eigenvalues of Laplace-Beltrami operators, as well as an improved version of the Weyl formula, the Duistermaat-Guillemin theorem under natural assumptions on the geodesic flow. Sogge shows that there is quantum ergodicity of eigenfunctions if the geodesic flow is ergodic.

Sogge begins with a treatment of the Hadamard parametrix before proving the first main result, the sharp Weyl formula. He avoids the use of Tauberian estimates and instead relies on sup-norm estimates for eigenfunctions. The author also gives a rapid introduction to the stationary phase and the basics of the theory of pseudodifferential operators and microlocal analysis. These are used to prove the Duistermaat-Guillemin theorem. Turning to the related topic of quantum ergodicity, Sogge demonstrates that if the long-term geodesic flow is uniformly distributed, most eigenfunctions exhibit a similar behavior, in the sense that their mass becomes equidistributed as their frequencies go to infinity.

Christopher D. Sogge is the J. J. Sylvester Professor of Mathematics at Johns Hopkins University. He is the author of Fourier Integrals in Classical Analysis and Lectures on Nonlinear Wave Equations.

"The book is very well written. . . . I would definitely recommend it to anybody who wants to learn spectral geometry."—Leonid Friedlander, Mathematical Reviews