Why your political views are more self-serving than you think 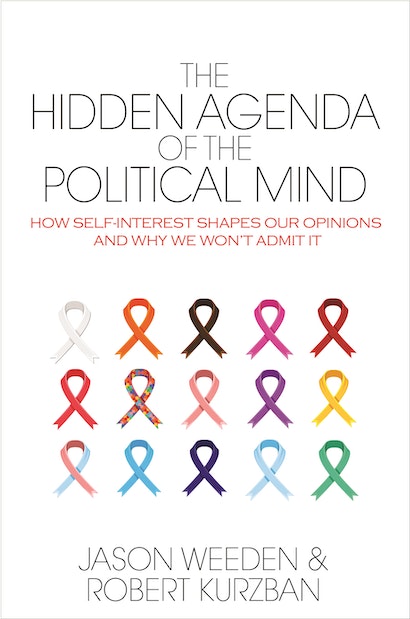 When it comes to politics, we often perceive our own beliefs as fair and socially beneficial, while seeing opposing views as merely self-serving. But in fact most political views are governed by self-interest, even if we usually don’t realize it. Challenging our fiercely held notions about what motivates us politically, this book explores how self-interest divides the public on a host of hot-button issues, from abortion and the legalization of marijuana to same-sex marriage, immigration, affirmative action, and income redistribution.

Expanding the notion of interests beyond simple economics, Jason Weeden and Robert Kurzban look at how people’s interests clash when it comes to their sex lives, social status, family, and friends. Drawing on a wealth of data, they demonstrate how different groups form distinctive bundles of political positions that often stray far from what we typically think of as liberal or conservative. They show how we engage in unconscious rationalization to justify our political positions, portraying our own views as wise, benevolent, and principled while casting our opponents’ views as thoughtless and greedy.

While many books on politics seek to provide partisans with new ways to feel good about their own side, The Hidden Agenda of the Political Mind illuminates the hidden drivers of our politics, even if it’s a picture neither side will find flattering.

Jason Weeden is a senior researcher with the Pennsylvania Laboratory for Experimental Evolutionary Psychology (PLEEP) and a lawyer in Washington, DC. Robert Kurzban is professor of psychology at the University of Pennsylvania and founder of PLEEP. He is the author of Why Everyone (Else) Is a Hypocrite: Evolution and the Modular Mind (Princeton). 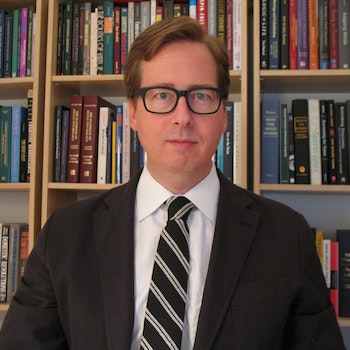 "The Hidden Agenda of the Political Mind is provocative and often persuasive. . . . Weeden and Kurzban remind us that self-interest is a complicated concept."—Glenn C. Altschuler, Huffington Post

"The book is a thoughtful reminder that politics is often simply a contest over finite resources in which different voters want opposing things."—John McDermott, Financial Times

"Authors Weeden and Kurzban have written a well-researched . . . analysis of the political mind. . . . [T]he book satisfies the intellectual demands of researchers and general readers. Perfect for fans of Thomas Frank's What's the Matter with Kansas?"—Library Journal

"Weeden and Kurzban's book is well worth a read."—Anthony Randazzo, Reason

"Weeden and Kurzban's argument will trouble those who believe that politics is about more than trying to find ways to satisfy one's interests."—Choice

"[O]ne of the most interesting books I have read on politics in quite a while. . . . A fascinating book."—Daniel Finkelstein, The Times

"The book makes an interesting contribution to our understanding of political attitudes and is accessible to a wide audience interested in political science. . . . The Hidden Agenda of the Political Mind answers an important question and provides new depth to many of the popular theories on opinion formation and partisan attachments. . . . By showing how self-interest factors into our decision making in ways we do not even consciously understand and how political parties exploit that to their advantage and by doing so in a way that is accessible outside an academic audience, the authors will likely make a significant contribution to the general understanding of public opinion."—Chad Murphy, The Journal of Politics

"Weeden and Kurzban are brilliant thinkers who provide a broader, deeper, and occasionally unsettling new perspective on how our self-interest influences our choices—even choices made by those of us who cherish the belief that we are not motivated by self-interest. Read it and weep, or laugh."—Douglas T. Kenrick, coauthor of The Rational Animal: How Evolution Made Us Smarter Than We Think

"The ideas that Weeden and Kurzban explore in this book are transformative. They will get people thinking and talking about human behavior, morality, and politics in entirely new ways. The Hidden Agenda of the Political Mind is an important book."—Joshua Tybur, VU University Amsterdam