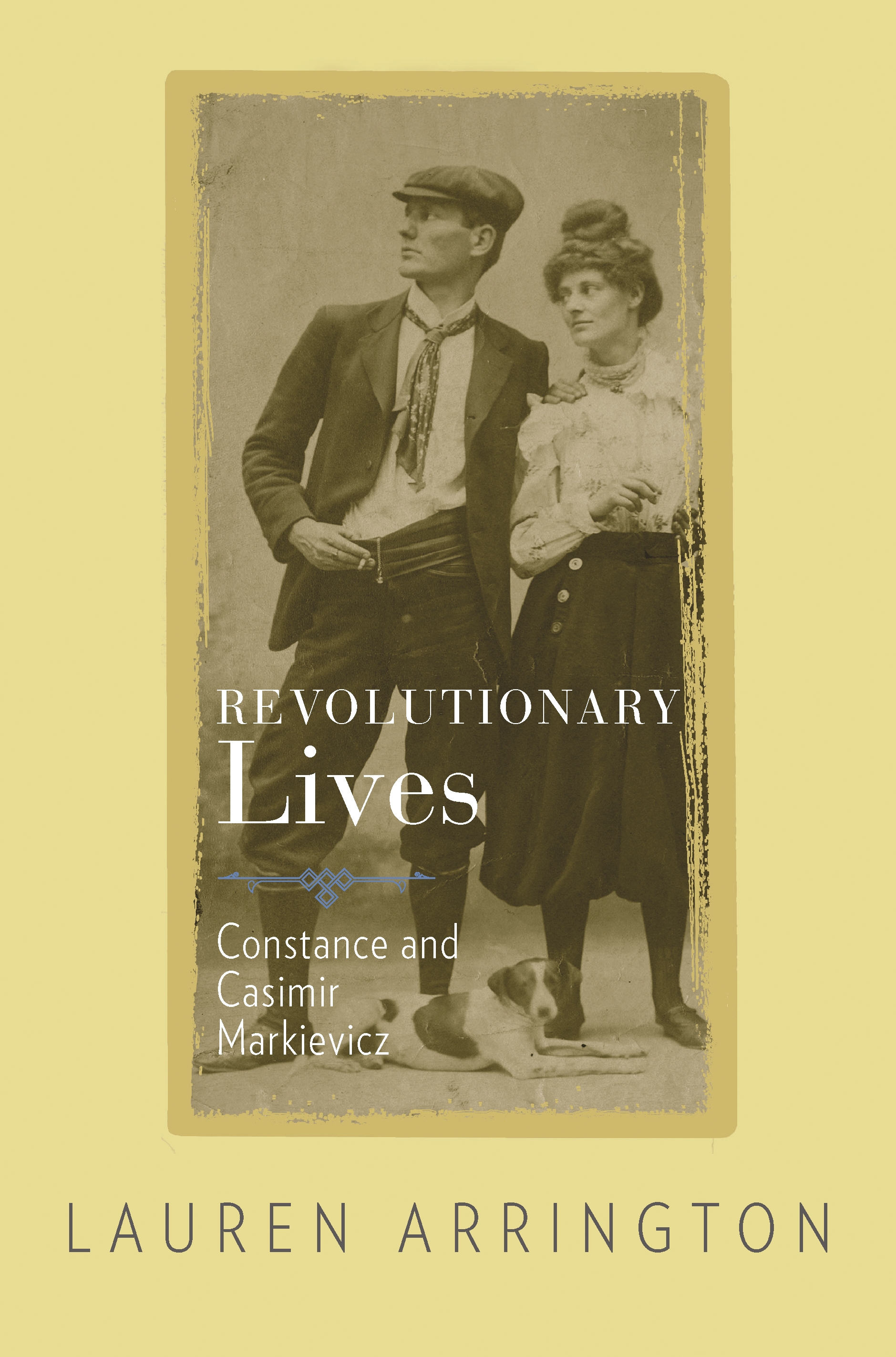 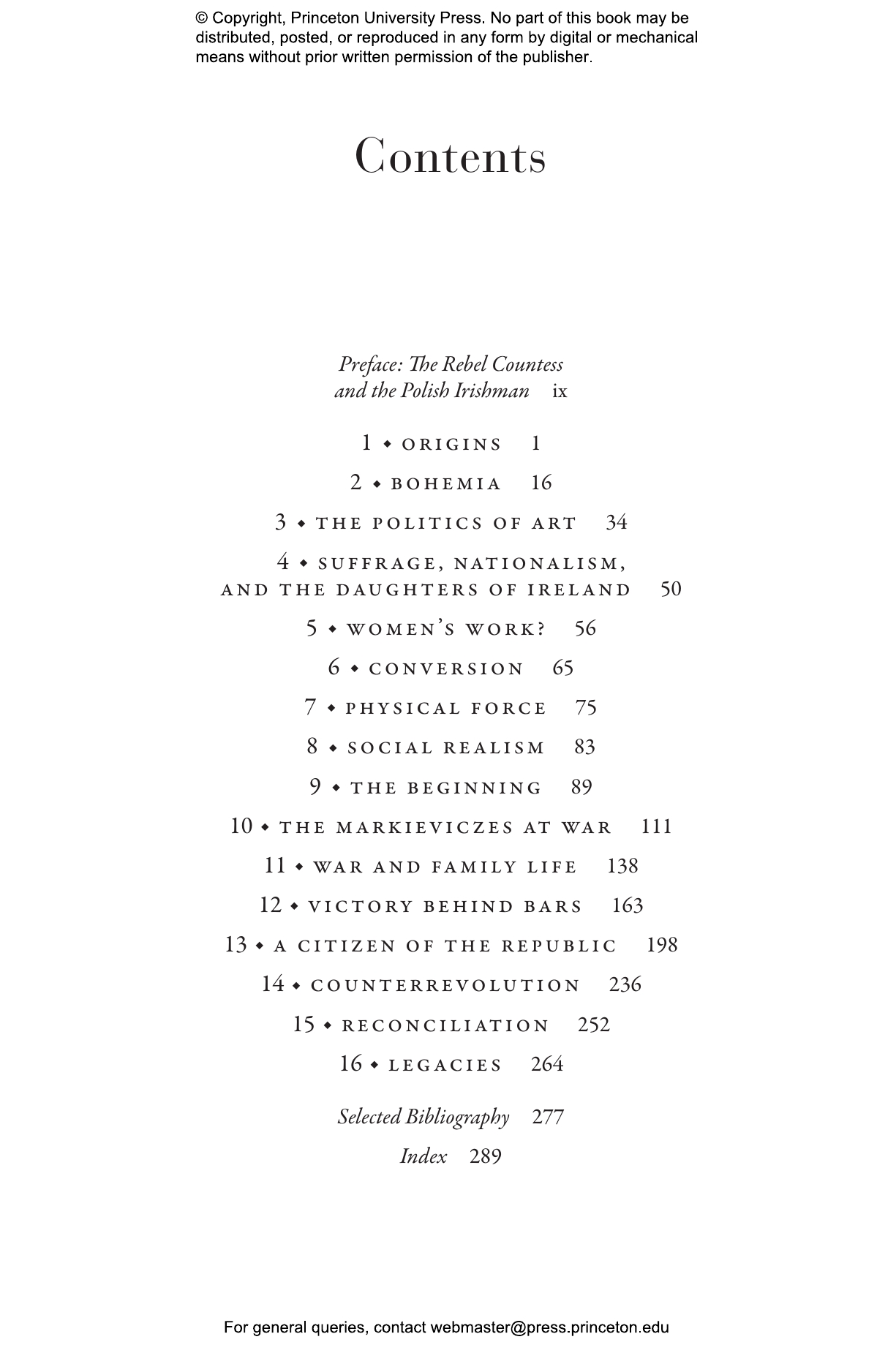 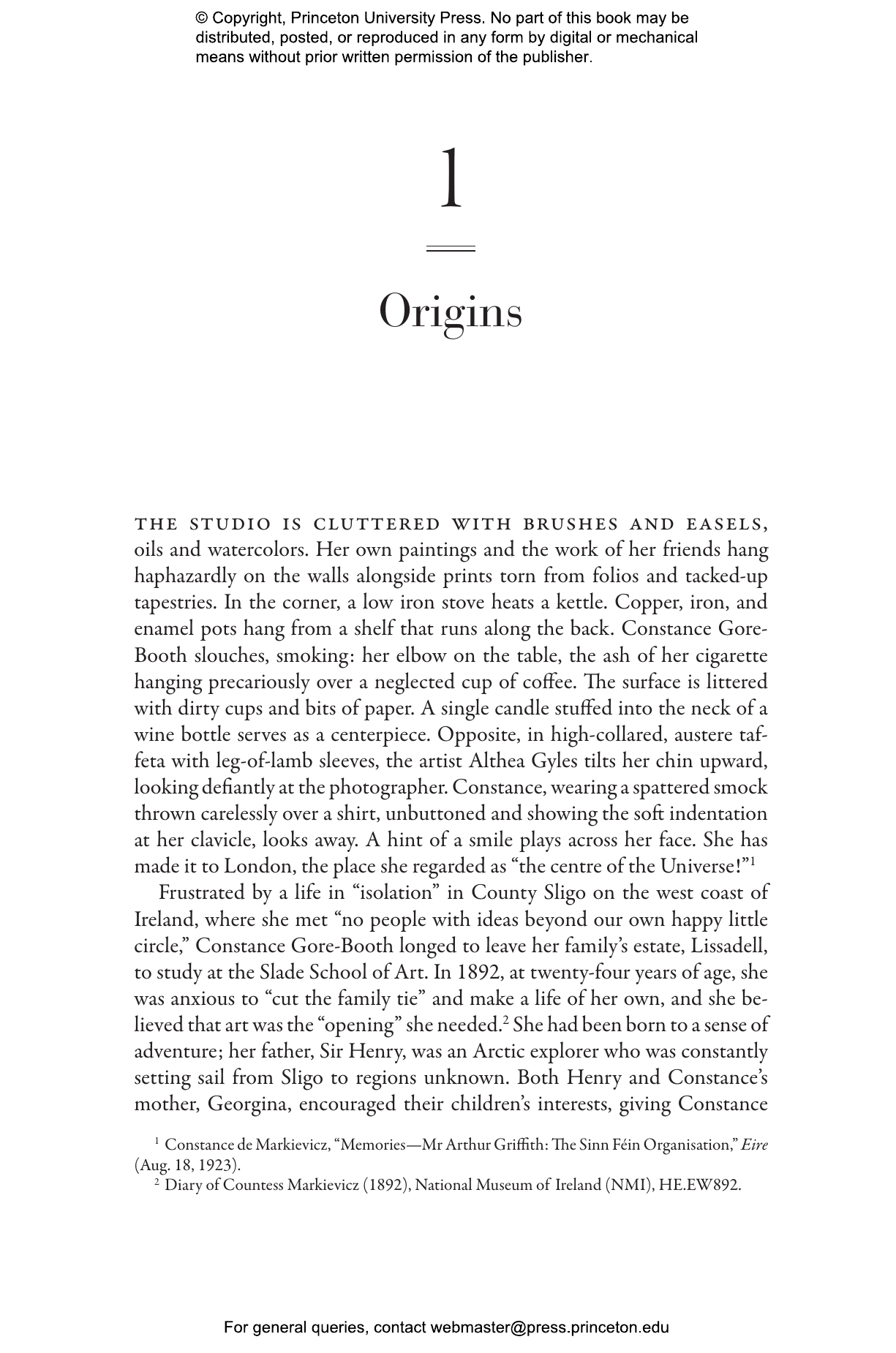 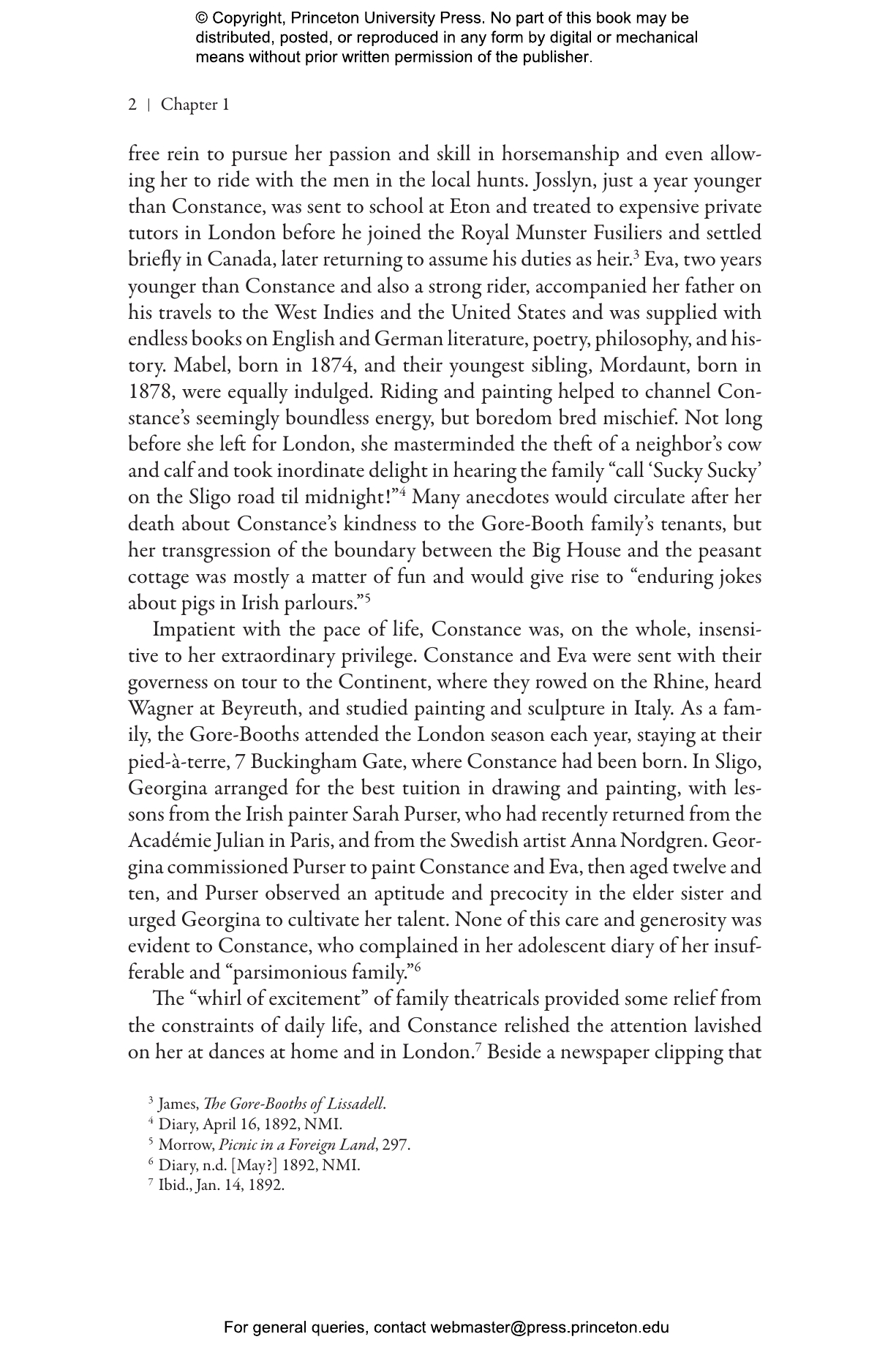 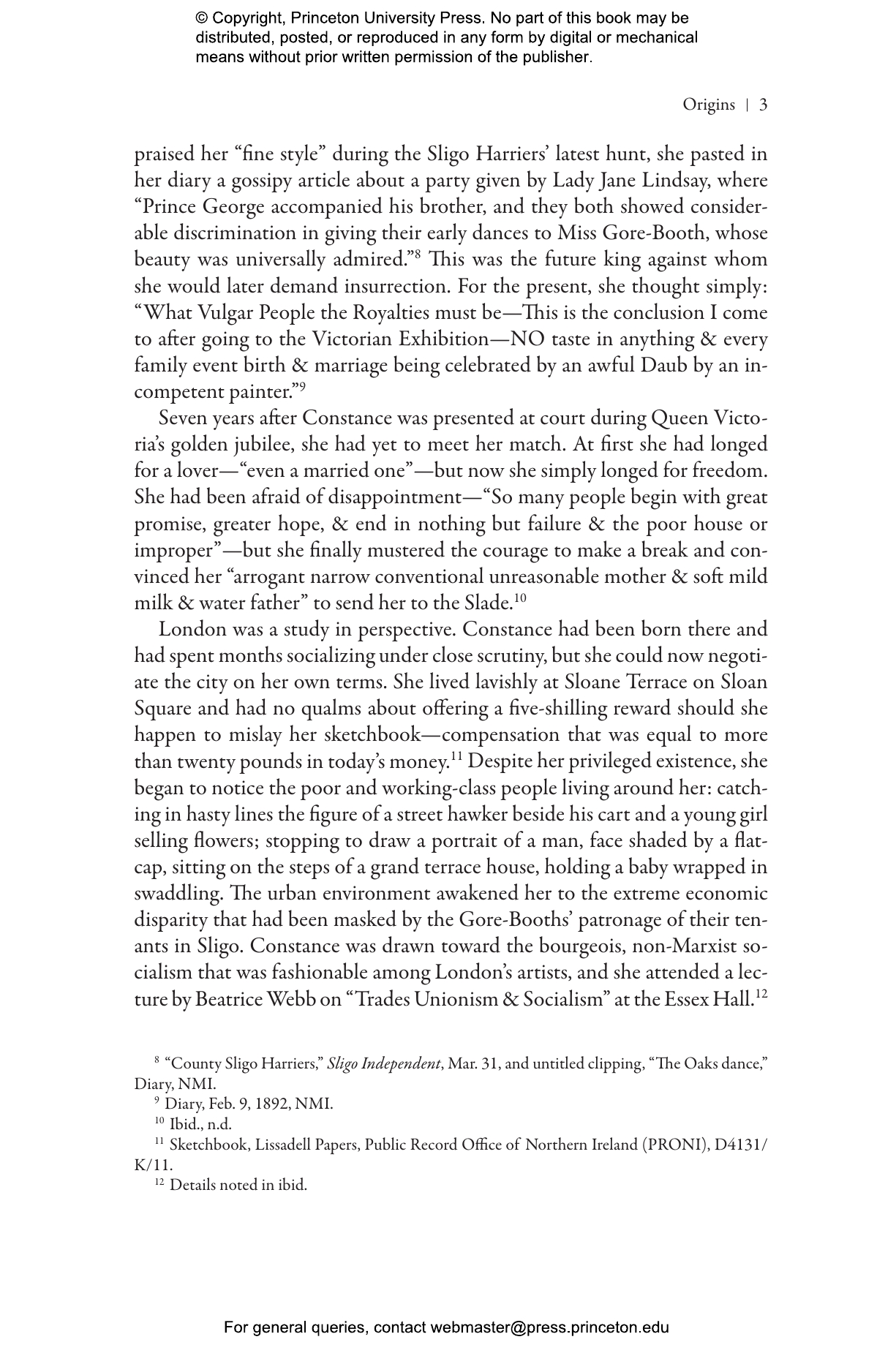 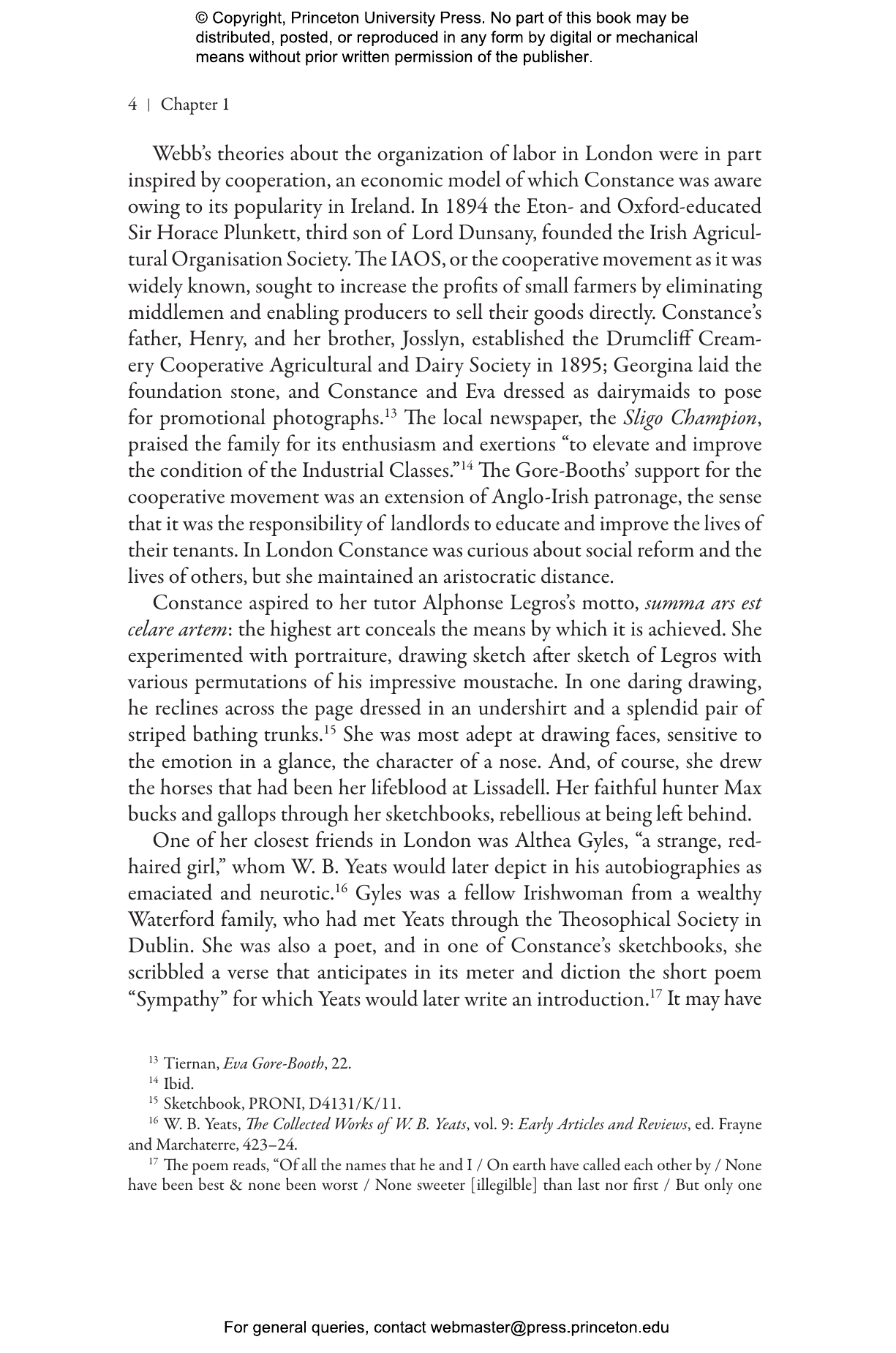 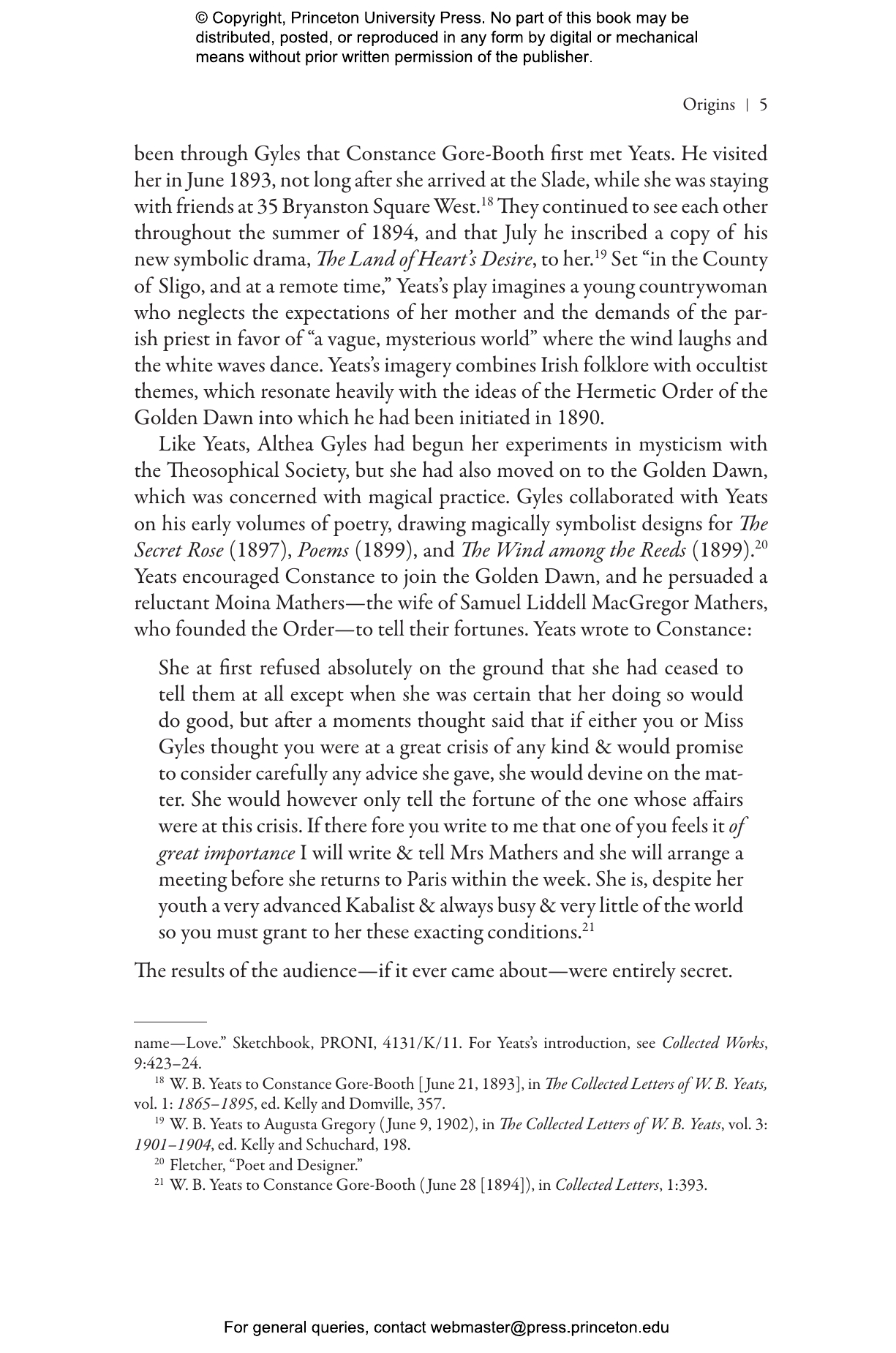 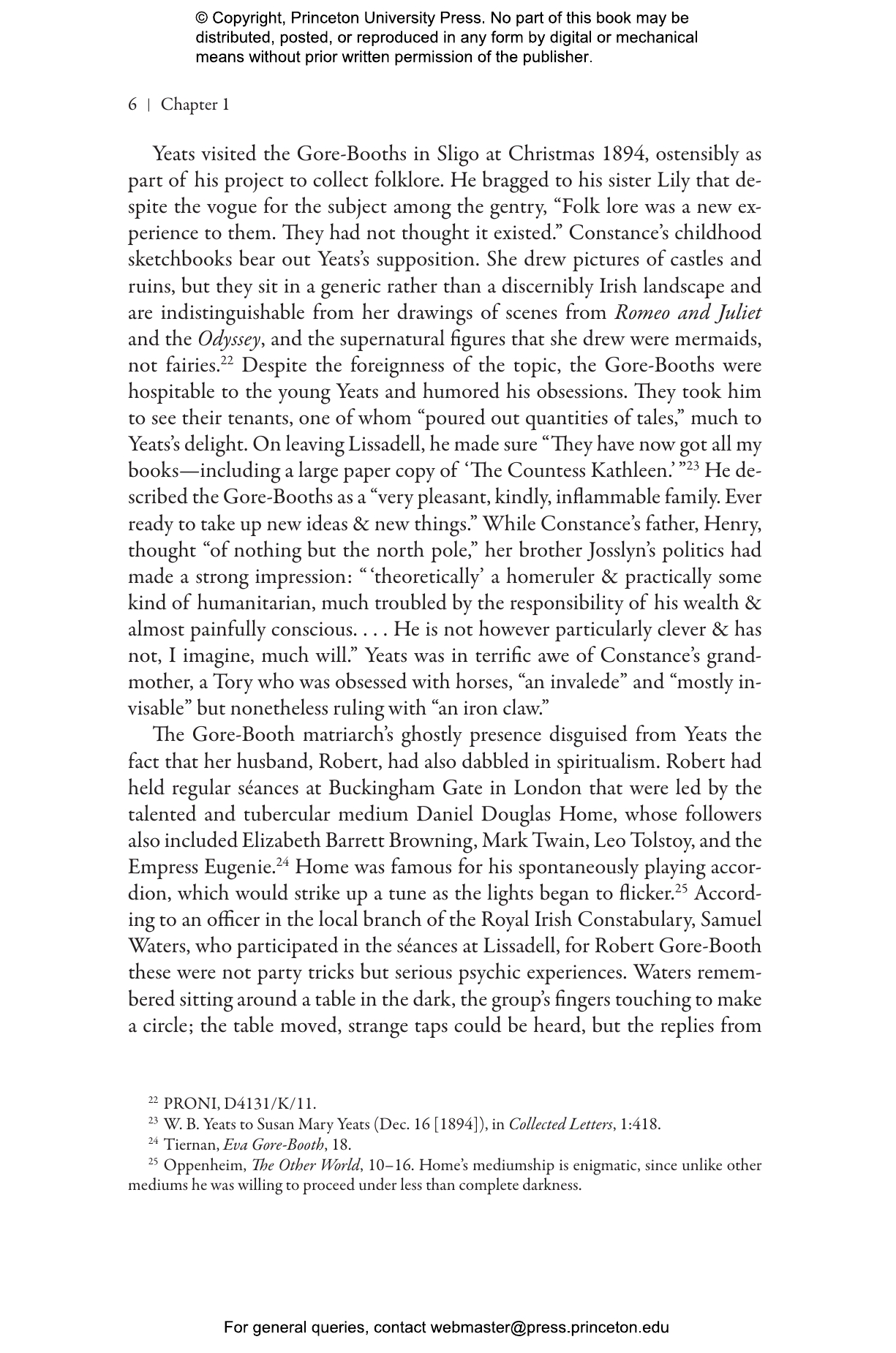 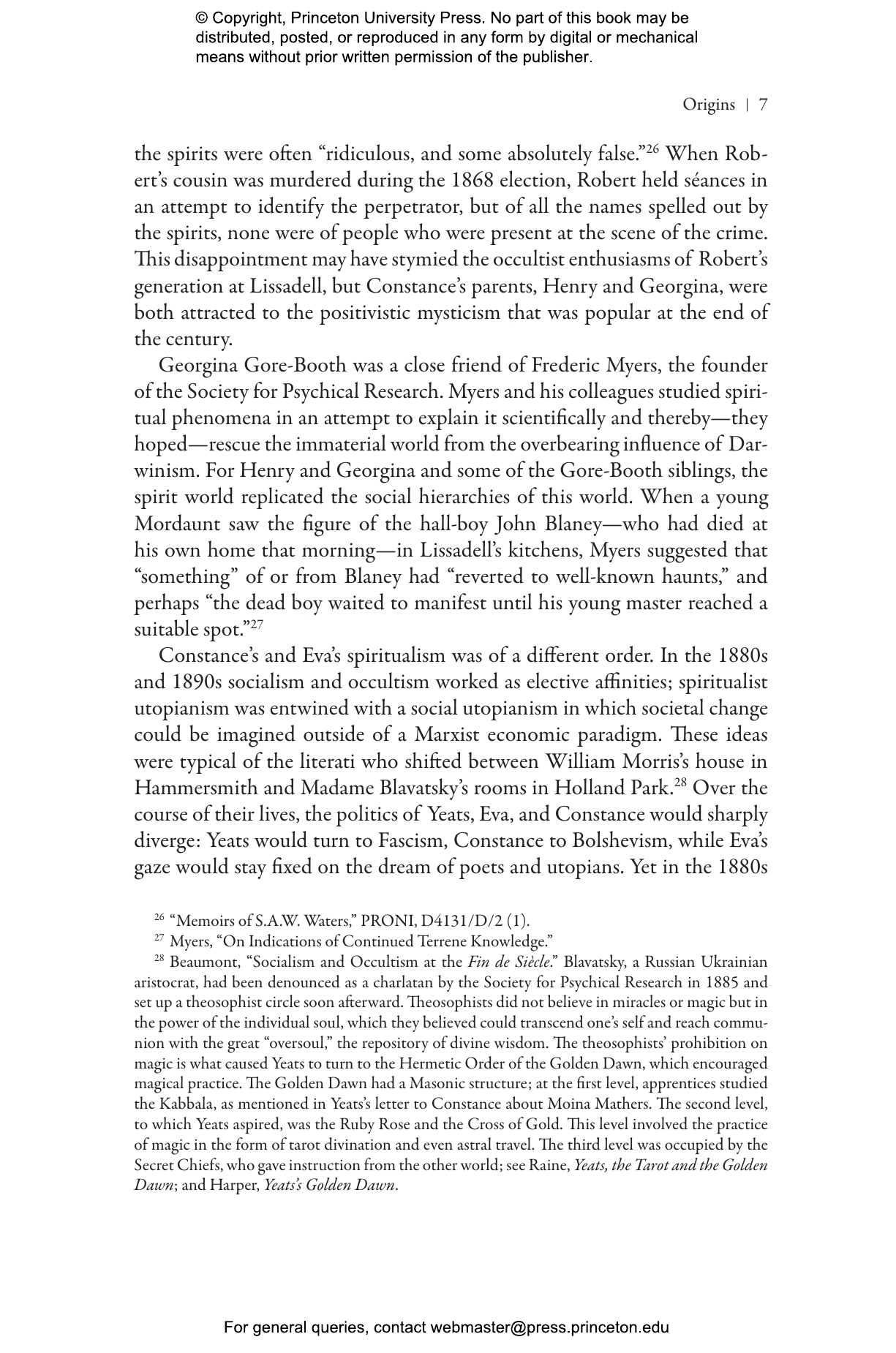 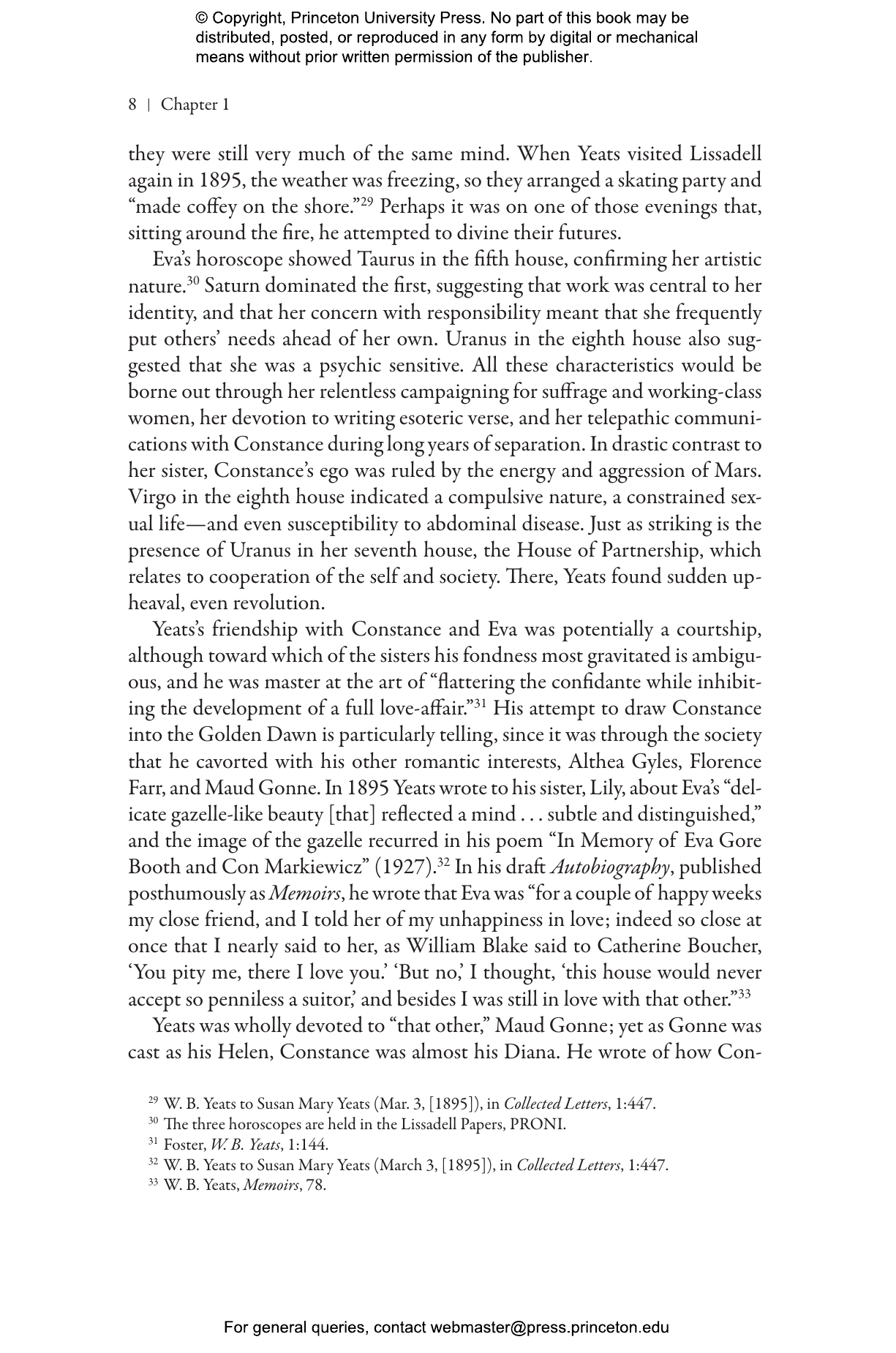 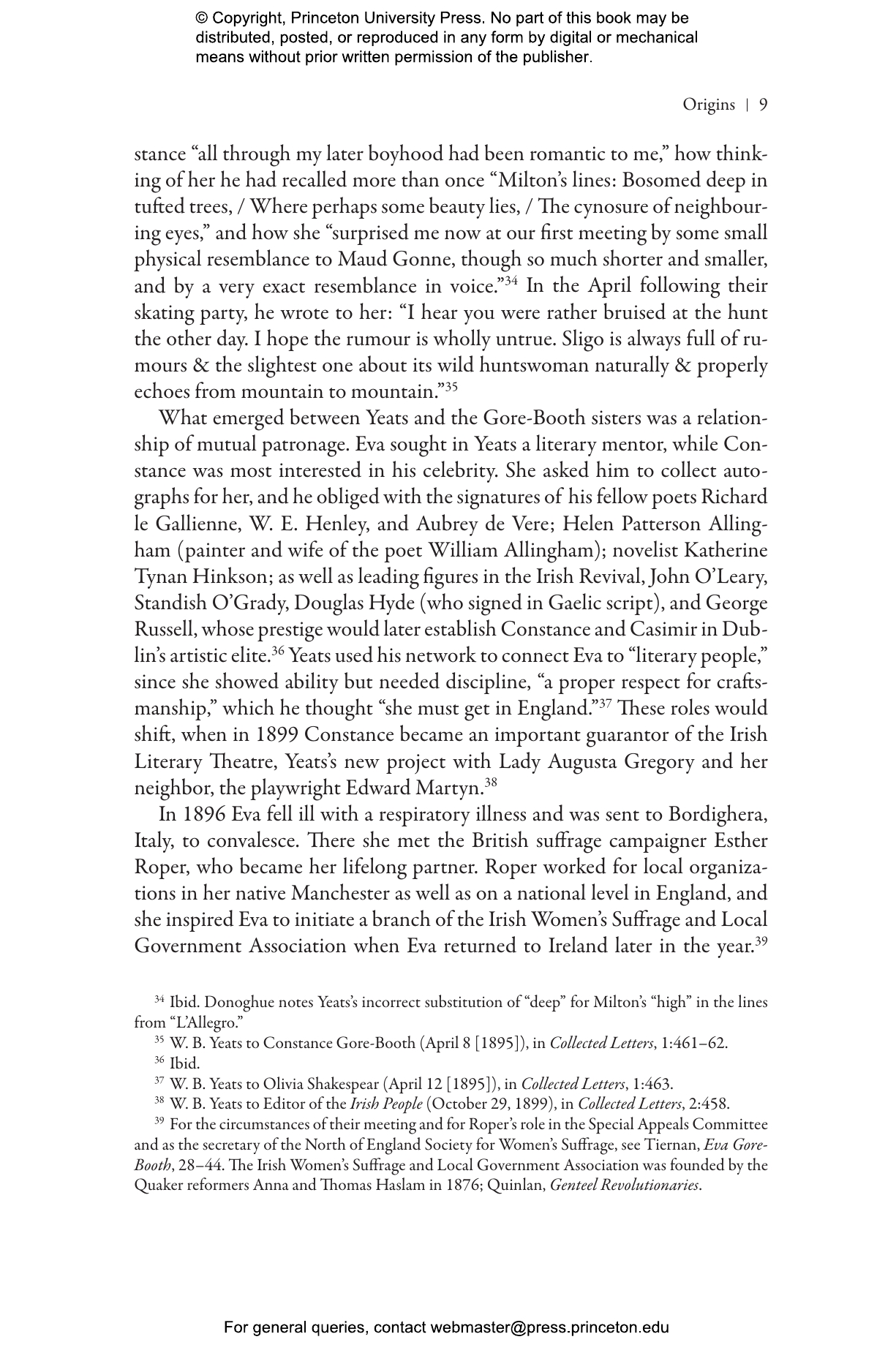 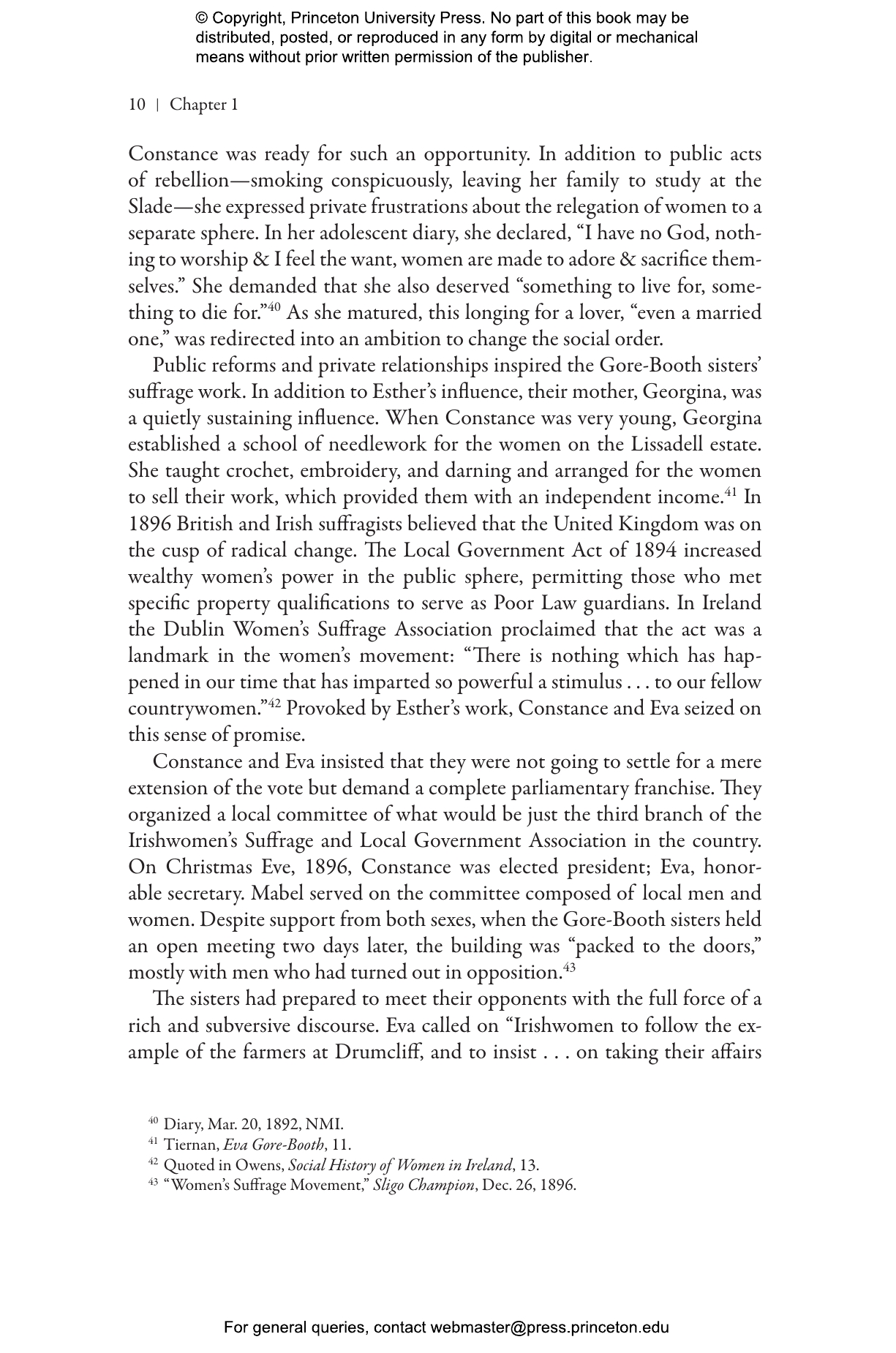 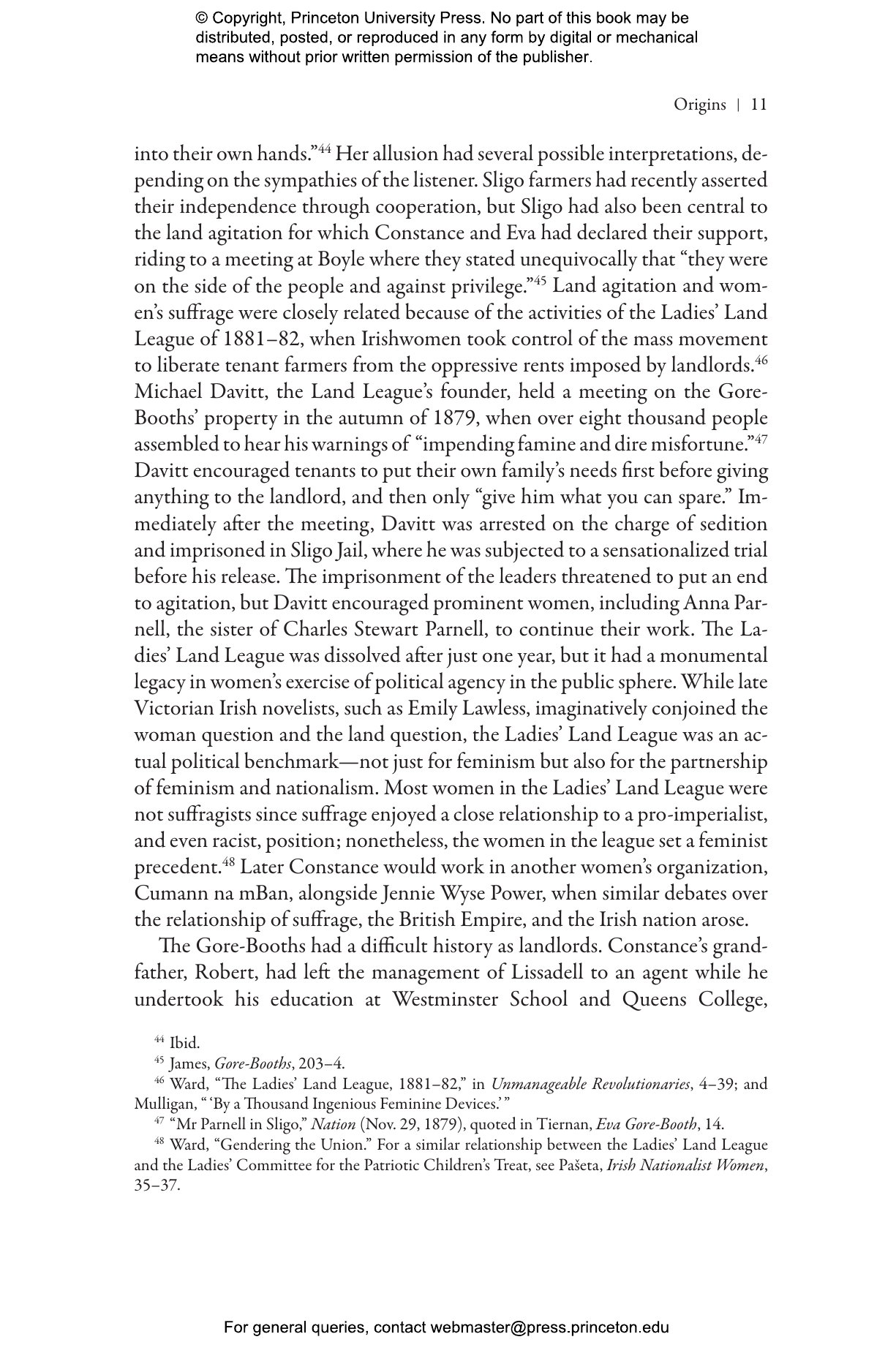 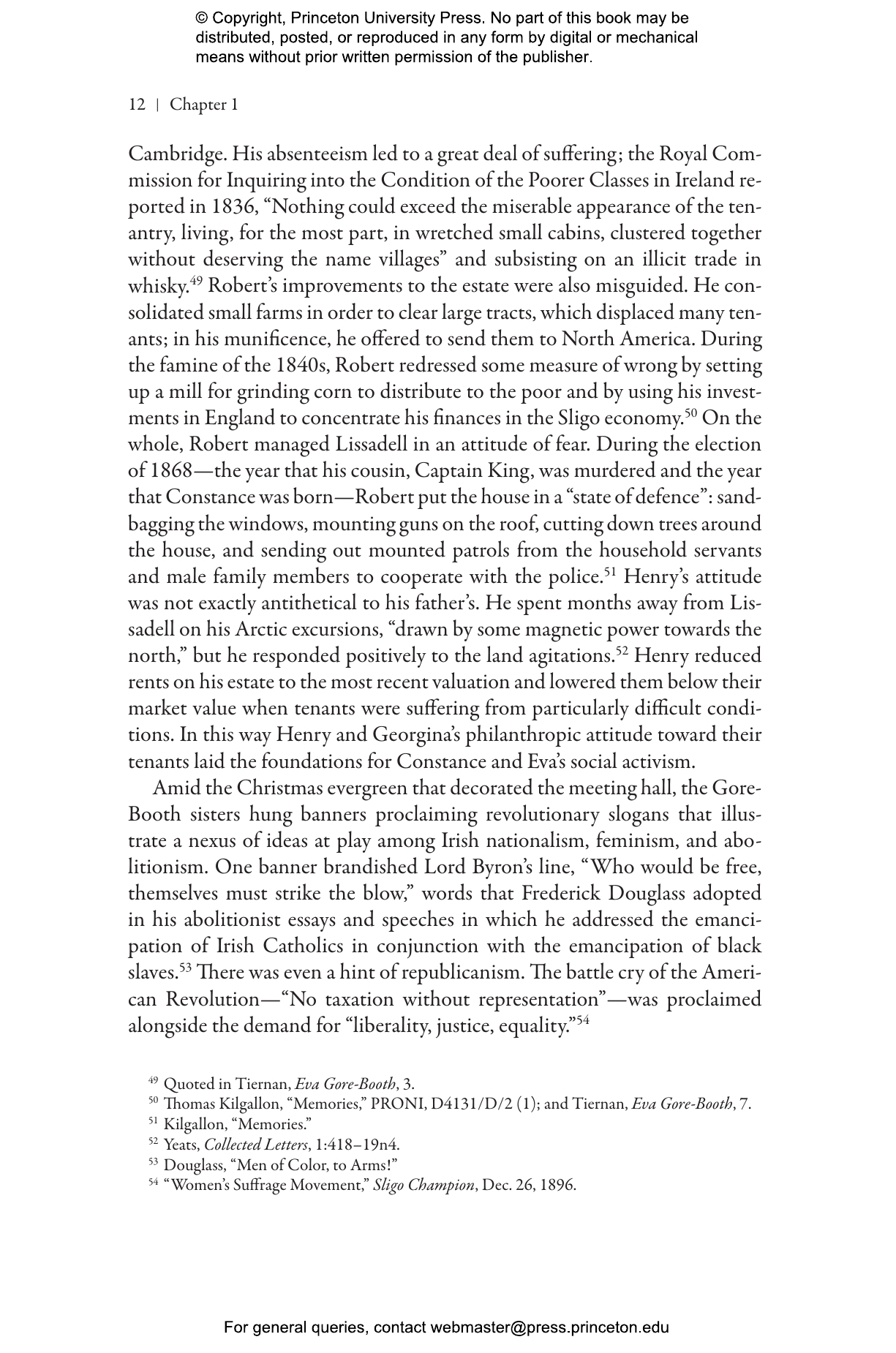 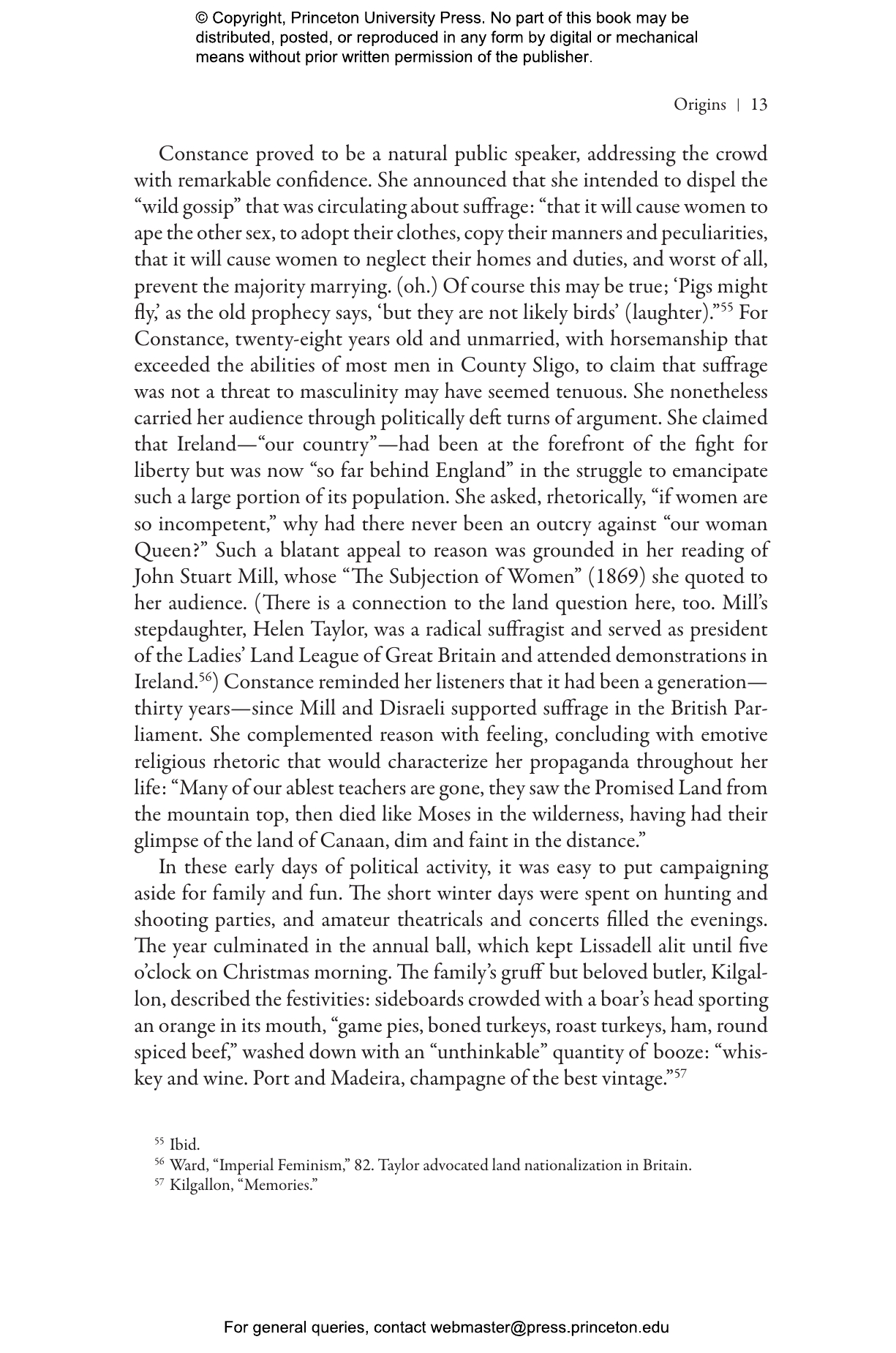 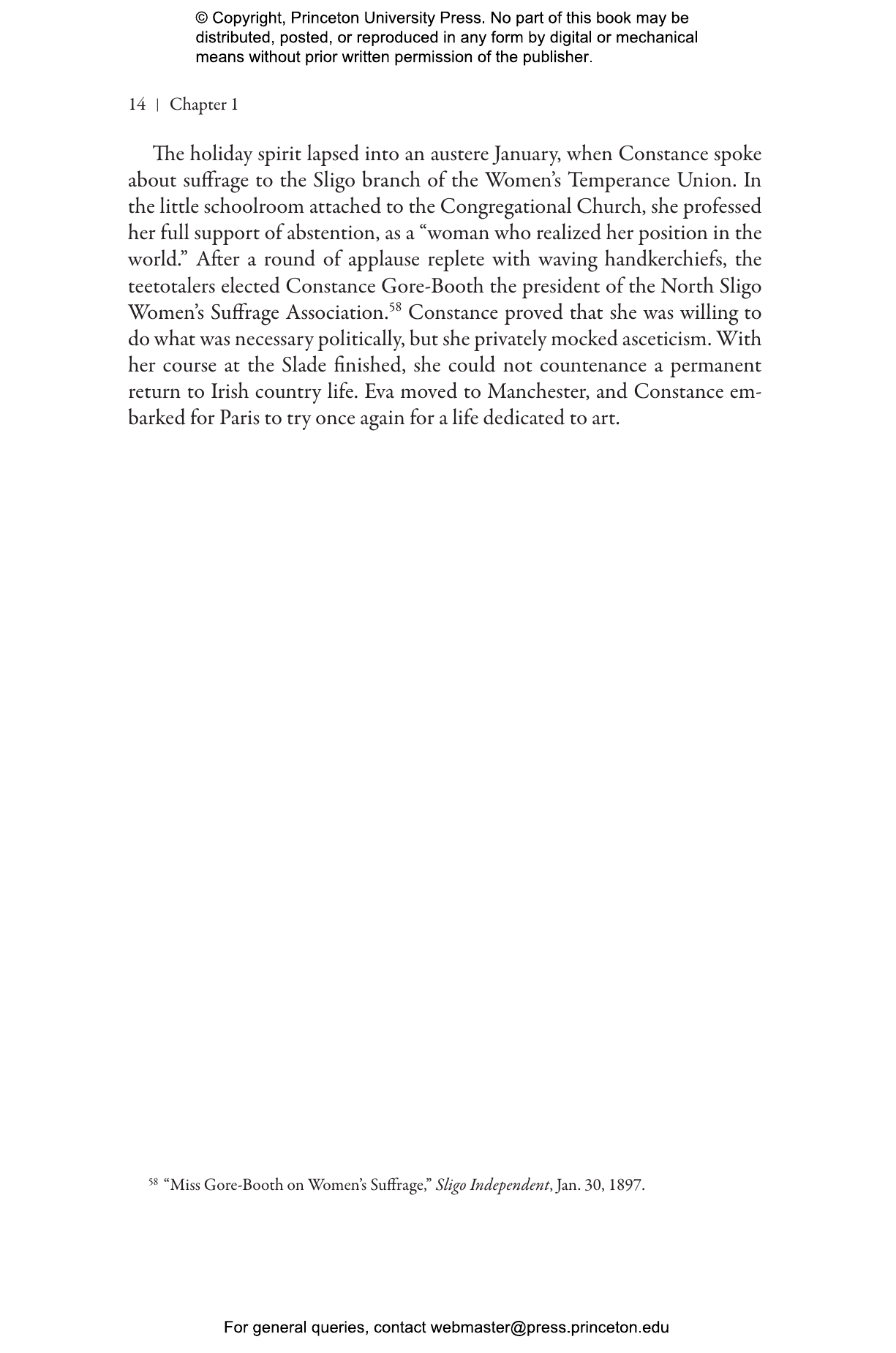 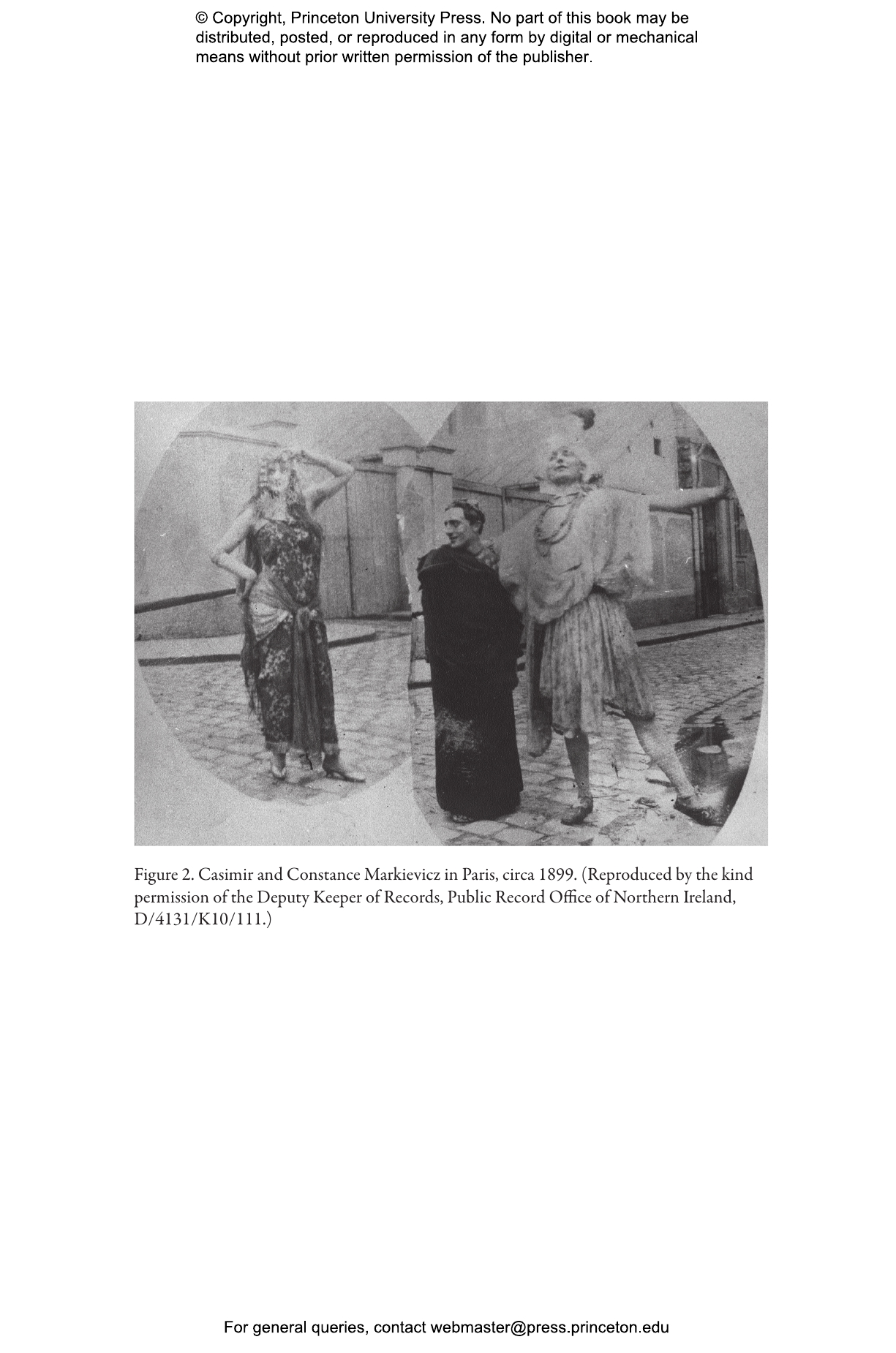 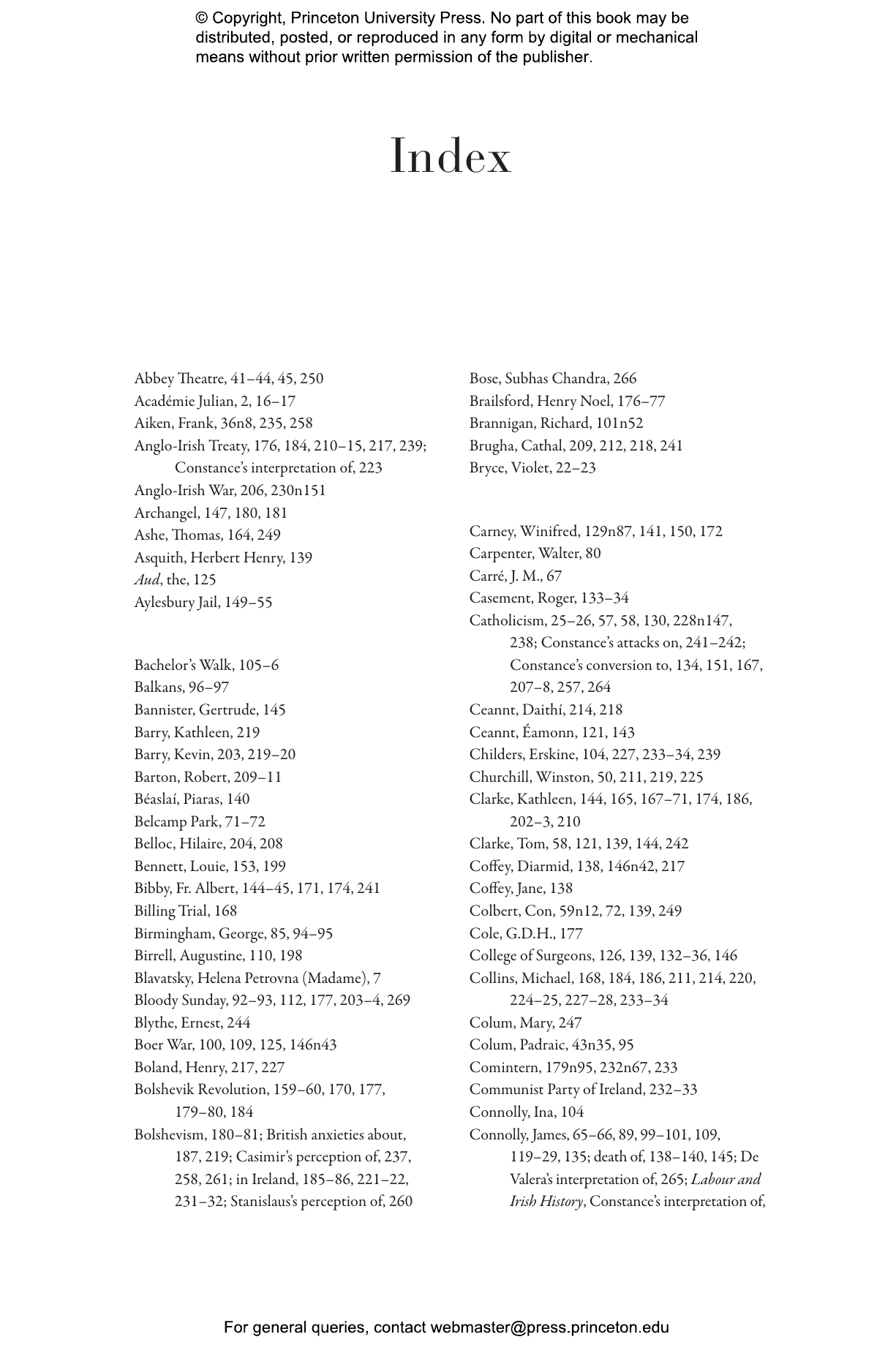 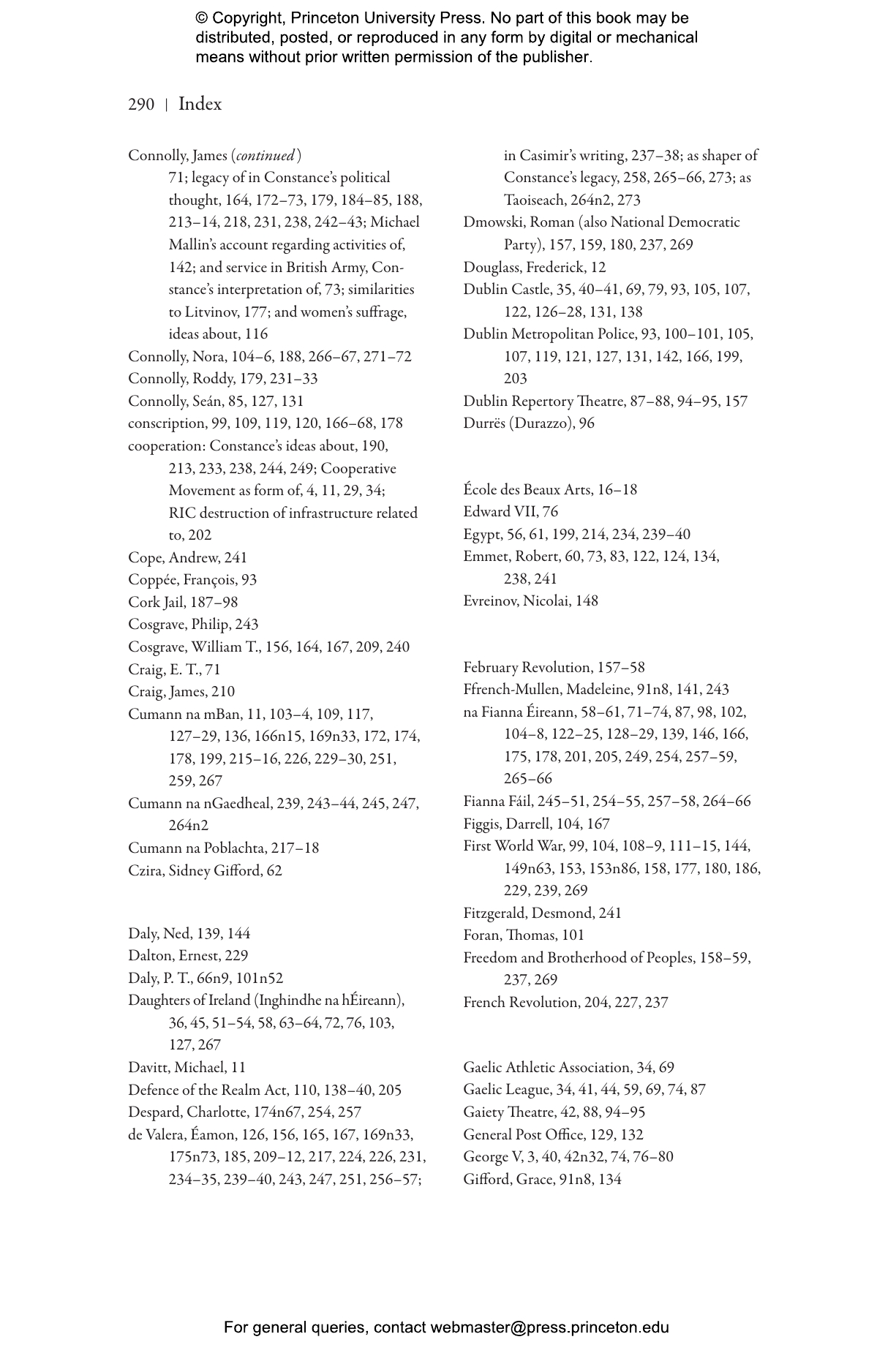 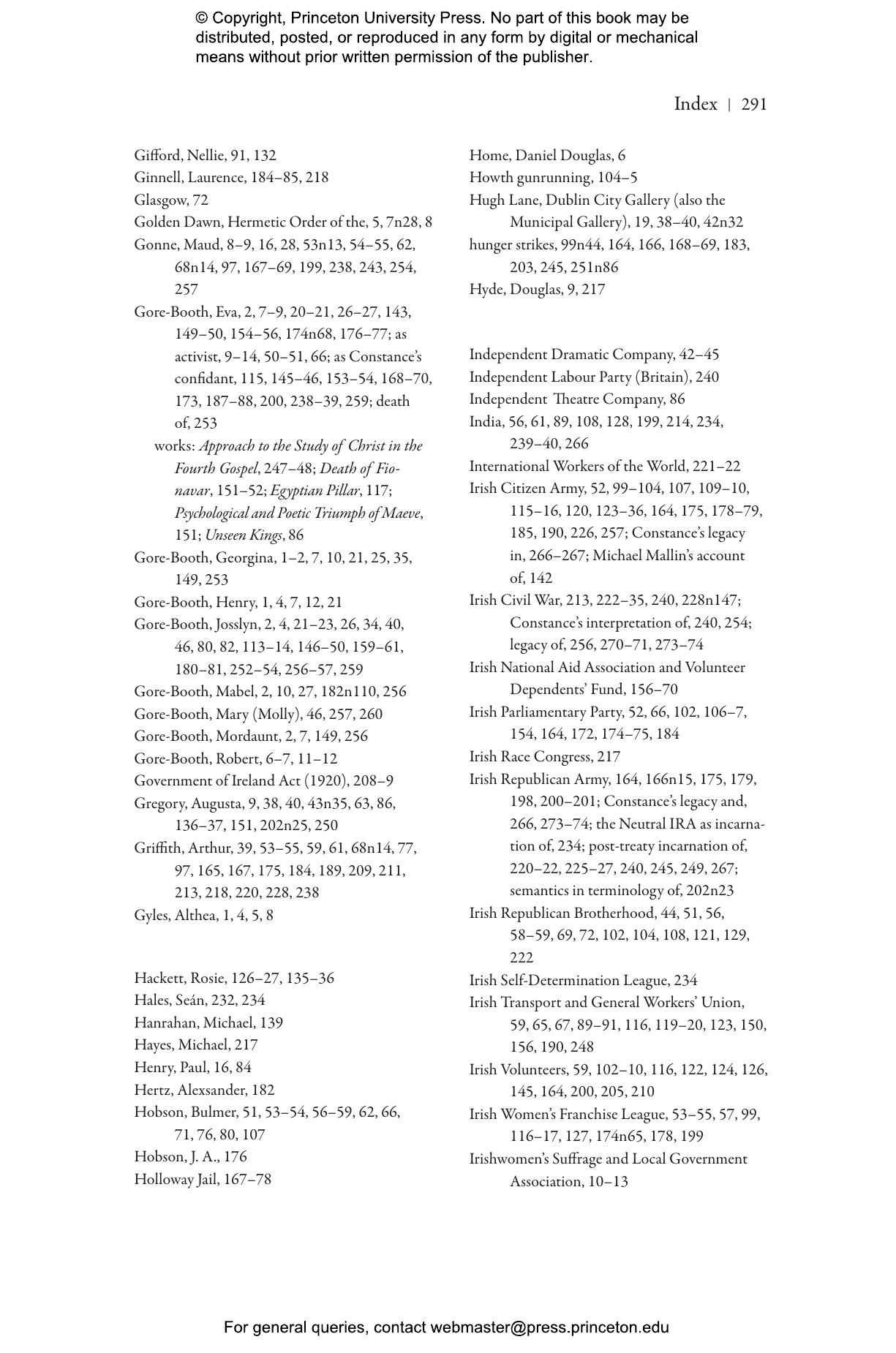 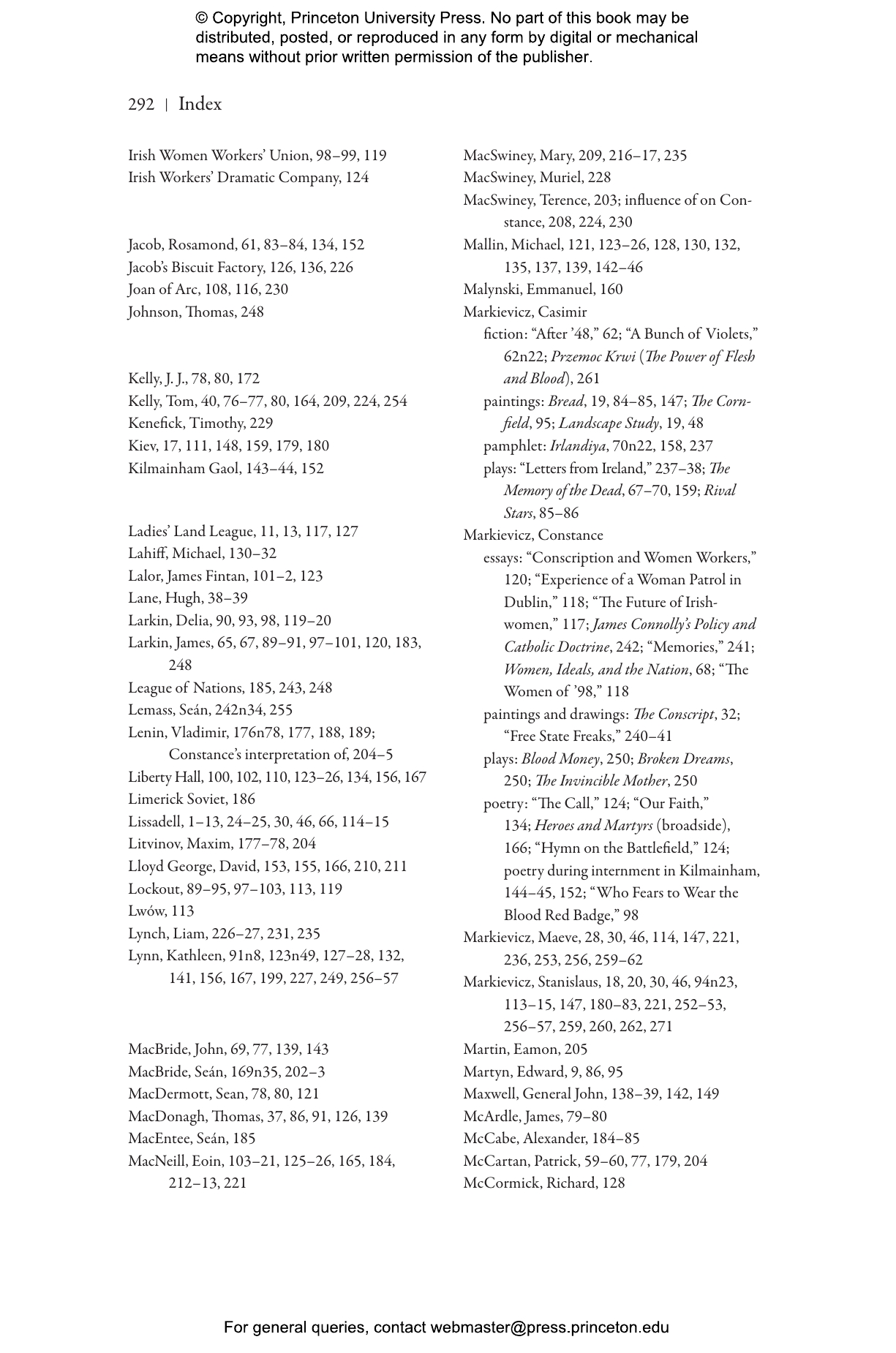 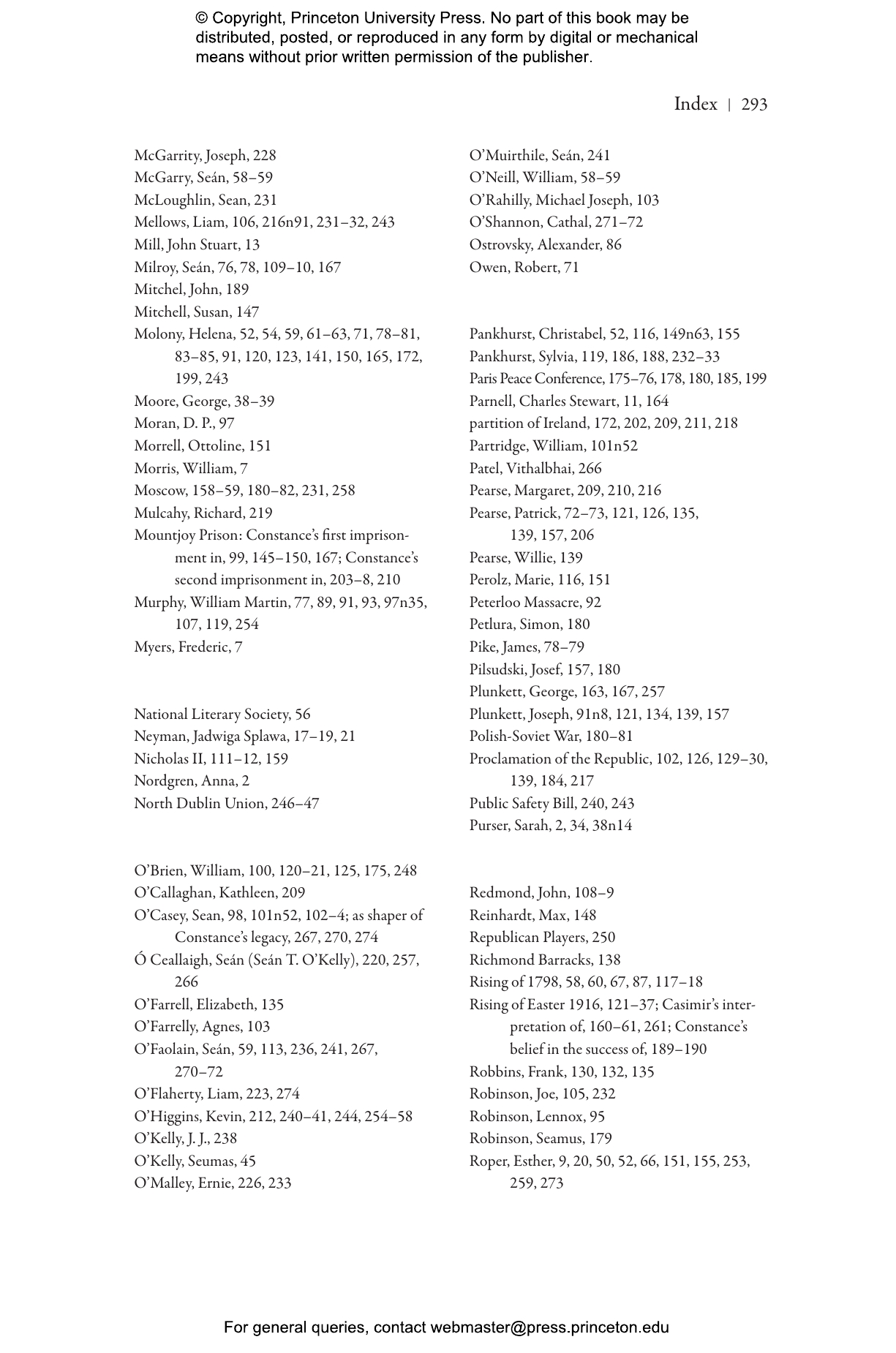 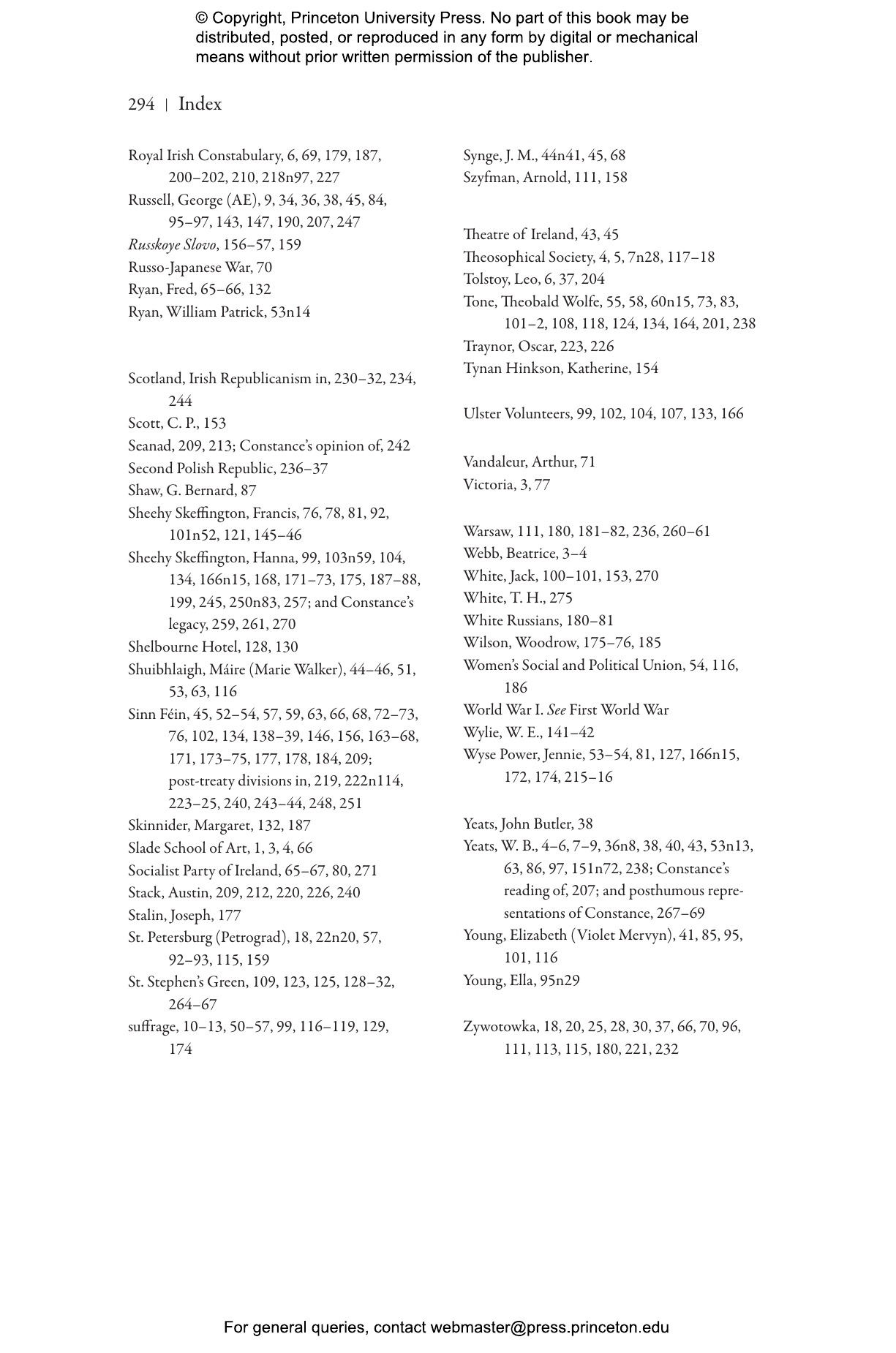 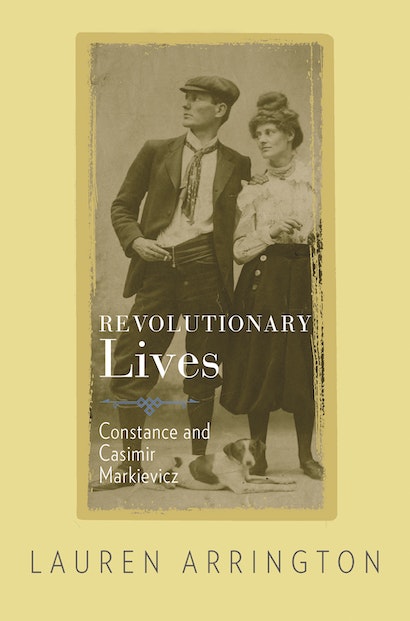 Constance Markievicz (1868–1927), born to the privileged Protestant upper class in Ireland, embraced suffrage before scandalously leaving for a bohemian life in London and then Paris. She would become known for her roles as politician and Irish revolutionary nationalist. Her husband, Casimir Dunin Markievicz (1874–1932), a painter, playwright, and theater director, was a Polish noble who would eventually join the Russian imperial army to fight on behalf of Polish freedom during World War I. Revolutionary Lives offers the first dual biography of these two prominent European activists and artists. Tracing the Markieviczes’ entwined and impassioned trajectories, biographer Lauren Arrington sheds light on the avant-garde cultures of London, Paris, and Dublin, and the rise of anti-imperialism at the turn of the twentieth century.

Drawing from new archival material, including previously untranslated newspaper articles, Arrington explores the interests and concerns of Europeans invested in suffrage, socialism, and nationhood. Unlike previous works, Arrington’s book brings Casimir Markievicz into the foreground of the story and explains how his liberal imperialism and his wife’s socialist republicanism arose from shared experiences, even as their politics remained distinct. Arrington also shows how Constance did not convert suddenly to Irish nationalism, but was gradually radicalized by the Irish Revival. Correcting previous depictions of Constance as hero or hysteric, Arrington presents her as a serious thinker influenced by political and cultural contemporaries.

Lauren Arrington is senior lecturer at the Institute of Irish Studies, University of Liverpool. She is the author of W. B. Yeats, the Abbey Theatre, Censorship, and the Irish State.

"Amid the many books being rushed out to coincide with the centenary of the Easter Rising, Arrington has written a volume of lasting significance, highlighting the complexity of a figure who continues to fascinate."—James Morgan, Times Literary Supplement

"[A] fascinating account of a European couple immersed in art, politics and revolution.an engaging book. . . . It not only paints a vivid picture of the diverse public lives of its radical subjects, but also explores the private turmoil of familial relationships."—June Purvis, Times Higher Education

"Lauren Arrington's compelling double biography of Constance and Casimir Markievicz is the first book to do full justice to the epic lives of its subjects, European cosmopolitans engaged in art, politics, and revolution. The book's research brings to light such fascinating details as the affectionate, gossipy letters between Constance and her sister Eva Gore-Booth, Casimir's frequent requests for money from his brother-in-law Sir Josslyn, and bitter expressions of neglect by the couple's children, Stanislaus and Maeve. Superb in its mastery of national and personal histories, Revolutionary Lives is required reading for anyone interested in Polish, Irish, or women's studies; it is a requirement that is also a pleasure."—Lucy McDiarmid, author of At Home in the Revolution: What Women Said and Did in 1916

"Timely, well researched, and original, Revolutionary Lives contributes much that is new by connecting the life and work of iconic Irish revolutionary Constance Markievicz to that of her husband Casimir—a more obscure figure but not the simple foil that has sometimes been portrayed. This is a book that needed to be written."—R. F. Foster, University of Oxford

"There have been a number of biographies about Constance and Casimir Markievicz, but Revolutionary Lives is the first dual biography and marks a valuable addition to the literature. Providing a proper account of Casimir Markievicz's life, the book challenges some of the simplistic views that are currently held. This is a complicated period in history and these are complex lives, but Arrington guides her material with authority."—Maria Luddy, University of Warwick