A cultural history of the face in Western art, ranging from portraiture in painting and photography to film, theater, and mass media 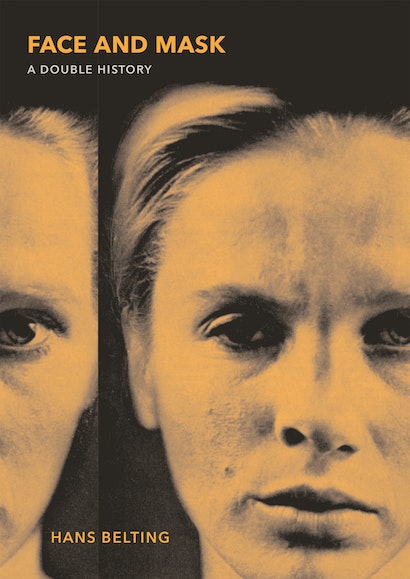 This fascinating book presents the first cultural history and anthropology of the face across centuries, continents, and media. Ranging from funerary masks and masks in drama to the figural work of contemporary artists including Cindy Sherman and Nam June Paik, renowned art historian Hans Belting emphasizes that while the face plays a critical role in human communication, it defies attempts at visual representation.

Belting divides his book into three parts: faces as masks of the self, portraiture as a constantly evolving mask in Western culture, and the fate of the face in the age of mass media. Referencing a vast array of sources, Belting’s insights draw on art history, philosophy, theories of visual culture, and cognitive science. He demonstrates that Western efforts to portray the face have repeatedly failed, even with the developments of new media such as photography and film, which promise ever-greater degrees of verisimilitude. In spite of sitting at the heart of human expression, the face resists possession, and creative endeavors to capture it inevitably result in masks—hollow signifiers of the humanity they’re meant to embody.

From creations by Van Eyck and August Sander to works by Francis Bacon, Ingmar Bergman, and Chuck Close, Face and Mask takes a remarkable look at how, through the centuries, the physical visage has inspired and evaded artistic interpretation.

Hans Belting has held chairs in art history at the universities of Heidelberg and Munich and has been a visiting professor at Harvard, Columbia, and Northwestern. He also cofounded and taught at the School for New Media in Karlsruhe, Germany. His many books include An Anthropology of Images (Princeton), Florence and Baghdad: Renaissance Art and Arab Science, Looking through Duchamp's Door, The Invisible Masterpiece, and Art History after Modernism.

"[This book] is very rich in detail and allusion and its insights are often suggested rather than stated. It raises challenging questions about identity, how we create it, perceive it and represent it. Above all, it brings into sharp focus what we often take for granted: the extraordinary expressivity of the human face and the way its expressions assume a social form."—Alan Dent, Penniless Press

"[Face and Mask], a marvellous collection of lore, has a wealth of well-illustrated examples from art history and broader visual culture."—David Carrier, Burlington Magazine

Praise for the German edition: "It is the spirited juxtaposition of faces from all eras as well as the rich quantity and interesting selection of illustrative material that give the book its wide-ranging appeal and invites the reader to browse different sections to draw new parallels. There is no doubt that this book will become a popular addition to many a bookshelf."—Andrea Gáldy, Kunstform

Praise for the German edition: "Belting is one of the most renowned and innovative German art historians and image theorists of his generation. . . . [Face and Mask] is full of well-known and also exciting lesser-known examples of masks and portraits, drawn from all eras and visual cultures, and discussed within the context of the face as a cultural history of the mask. . . . A significant book."—Isabella Woldt, caa.reviews

Praise for the German edition: "Vertiginously wide-ranging and endlessly thought-provoking, Face and Mask represents a decade of work by arguably Germany's most internationally recognized art historian and media theorist. A book that will have a major impact, it will be read by art historians of course, but will also appeal to scholars in many other disciplines and general readers interested in its many subjects, including ancient art, European paintings, icons, death masks, photography, mug shots, film, and theater."—Elizabeth Otto, University of Buffalo

Praise for the German edition: "This intriguing and important book offers a history of the face in Western European visual culture from Neolithic times to the present. Filled with insights, its analysis of a breathtaking array of sources and topics deserve repeated reading for the richness of the ideas they produce. Face and Mask will be relevant not only to art historians, but to readers concerned with cultural history, cultural studies, and visual culture."—Matthew Rampley, University of Birmingham