For the first time in English, Jung's landmark lecture on Nerval's hallucinatory memoir 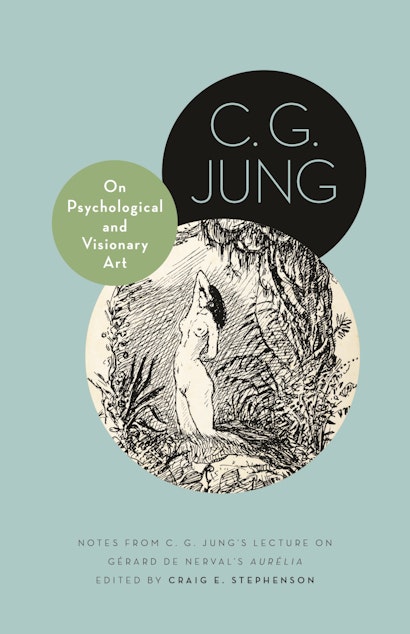 In 1945, at the end of the Second World War and after a long illness, C. G. Jung delivered a lecture in Zürich on the French Romantic poet Gérard de Nerval. The lecture focused on Nerval’s visionary memoir, Aurélia, which the poet wrote in an ambivalent attempt to emerge from madness. Published here for the first time, Jung’s lecture is both a cautionary psychological tale and a validation of Nerval’s visionary experience as a genuine encounter.

Nerval explored the irrational with lucidity and exquisite craft. He privileged the subjective imagination as a way of fathoming the divine to reconnect with what the Romantics called the life principle. During the years of his greatest creativity, he suffered from madness and was institutionalized eight times. Contrasting an orthodox psychoanalytic interpretation with his own synthetic approach to the unconscious, Jung explains why Nerval was unable to make use of his visionary experiences in his own life. At the same time, Jung emphasizes the validity of Nerval’s visions, differentiating the psychology of a work of art from the psychology of the artist. The lecture suggests how Jung’s own experiments with active imagination influenced his reading of Nerval’s Aurélia as a parallel text to his own Red Book.

With Craig Stephenson’s authoritative introduction, Richard Sieburth’s award-winning translation of Aurélia, and Alfred Kubin’s haunting illustrations to the text, and featuring Jung’s reading marginalia, preliminary notes, and revisions to a 1942 lecture, On Psychological and Visionary Art documents the stages of Jung’s creative process as he responds to an essential Romantic text.

Craig E. Stephenson is a Jungian analyst in private practice. His books include Anteros: A Forgotten Myth and Possession: Jung's Comparative Anatomy of the Psyche.

"Both Nerval's Aurélia and Jung's commentary on it are of great interest not only to analytical psychology and literary studies but more widely to anyone interested in the central mythical pattern of modern times, the creative descent journey. The organization of this edition in the form of a creative descent from editor's introduction to commentaries to Aurélia itself makes it wonderfully useful to a reader wishing to fathom Nerval's enigmatic text."—Michael Dolzani, coeditor of the Unpublished Notebooks of Northrop Frye

"On Psychological and Visionary Art brings to publication a significant lecture by Jung, and provides readers with the context to understand Jung's argument and its importance. The lecture is rich in cultural reference and allusion. Jung himself described the memoir under discussion as being of extraordinary magnitude, and the interpretation he offers at this late stage in his intellectual development represents his mature system at work."—Paul Bishop, author of Analytical Psychology and German Classical Aesthetics

"Scholars of Jung's thought will be grateful to have Jung's lecture available, to see the fascinating parallels between Nerval's experiences and those Jung documents in The Red Book, and to study the distinctions between psychological and visionary modes as well as Jung's further reflections on art. This book is a valuable contribution to Jungian studies."—Beth Darlington, Vassar College