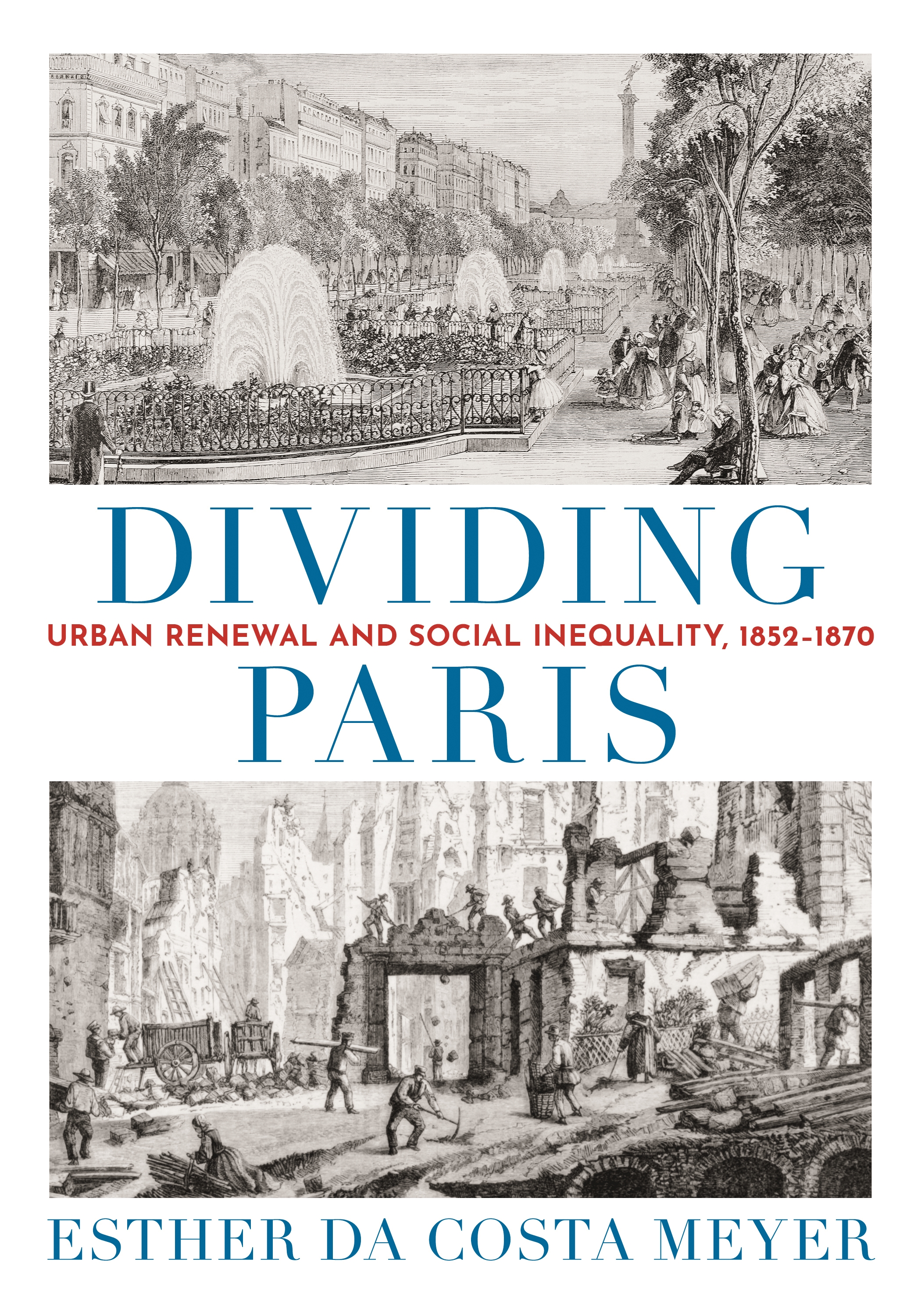 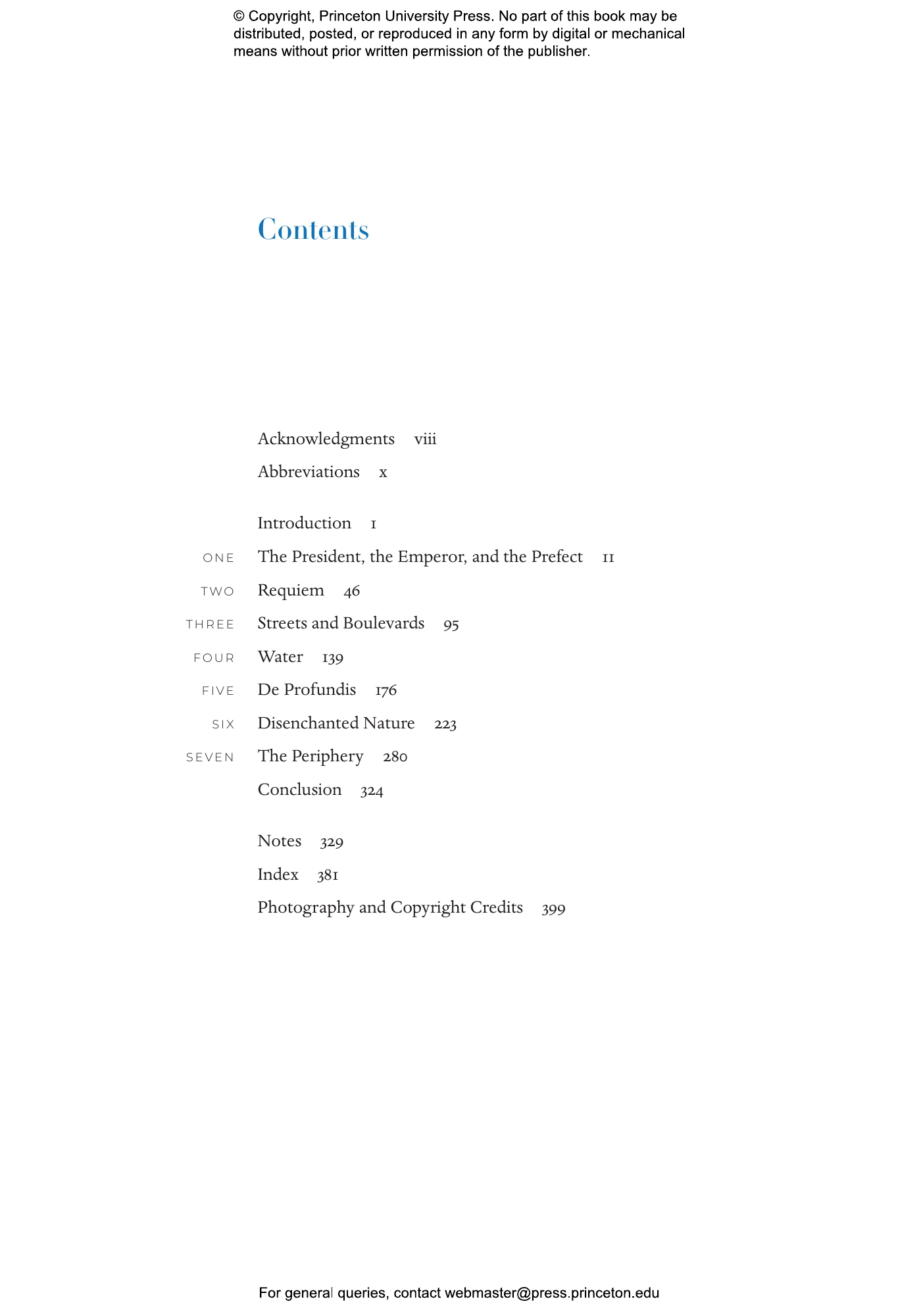 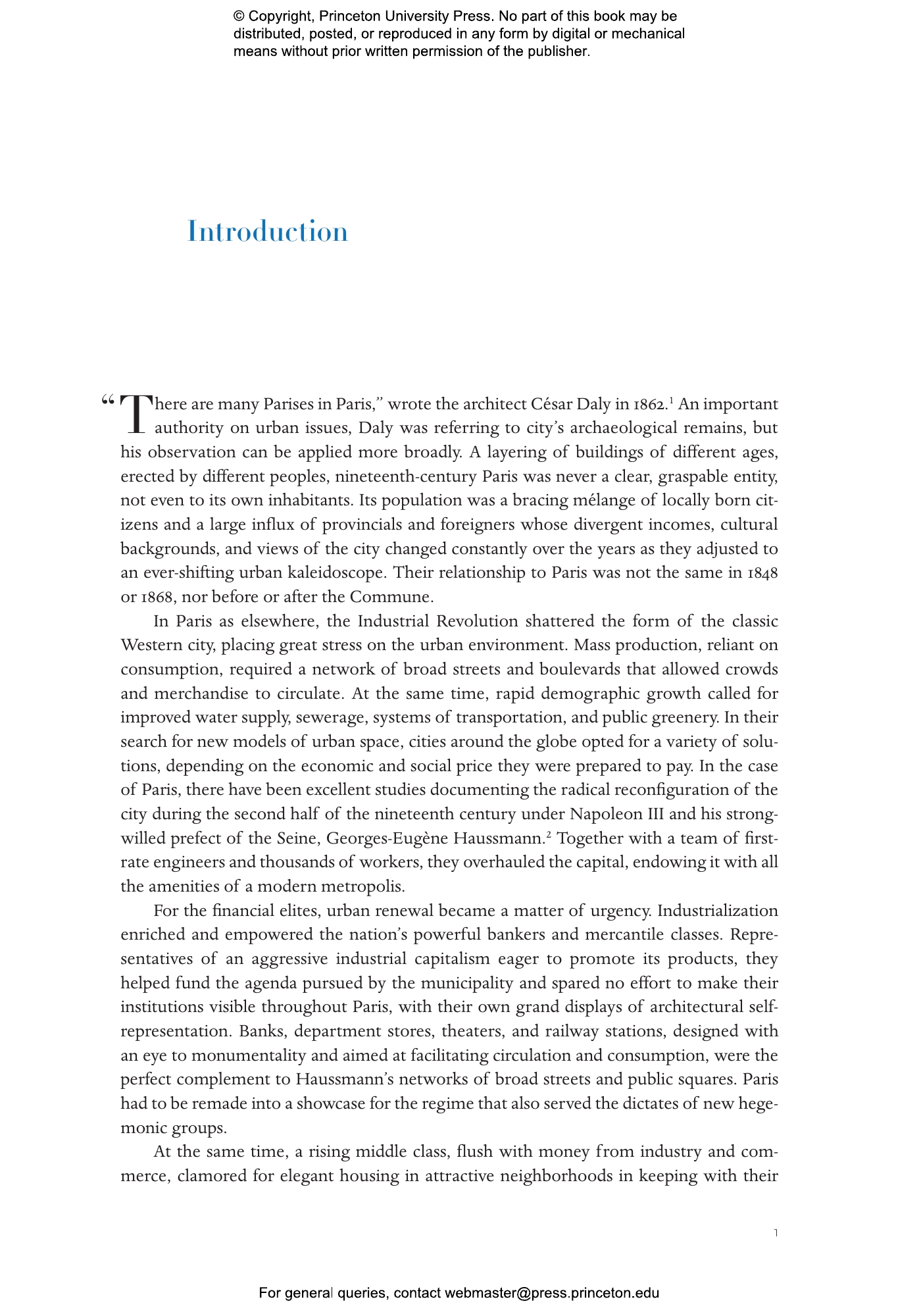 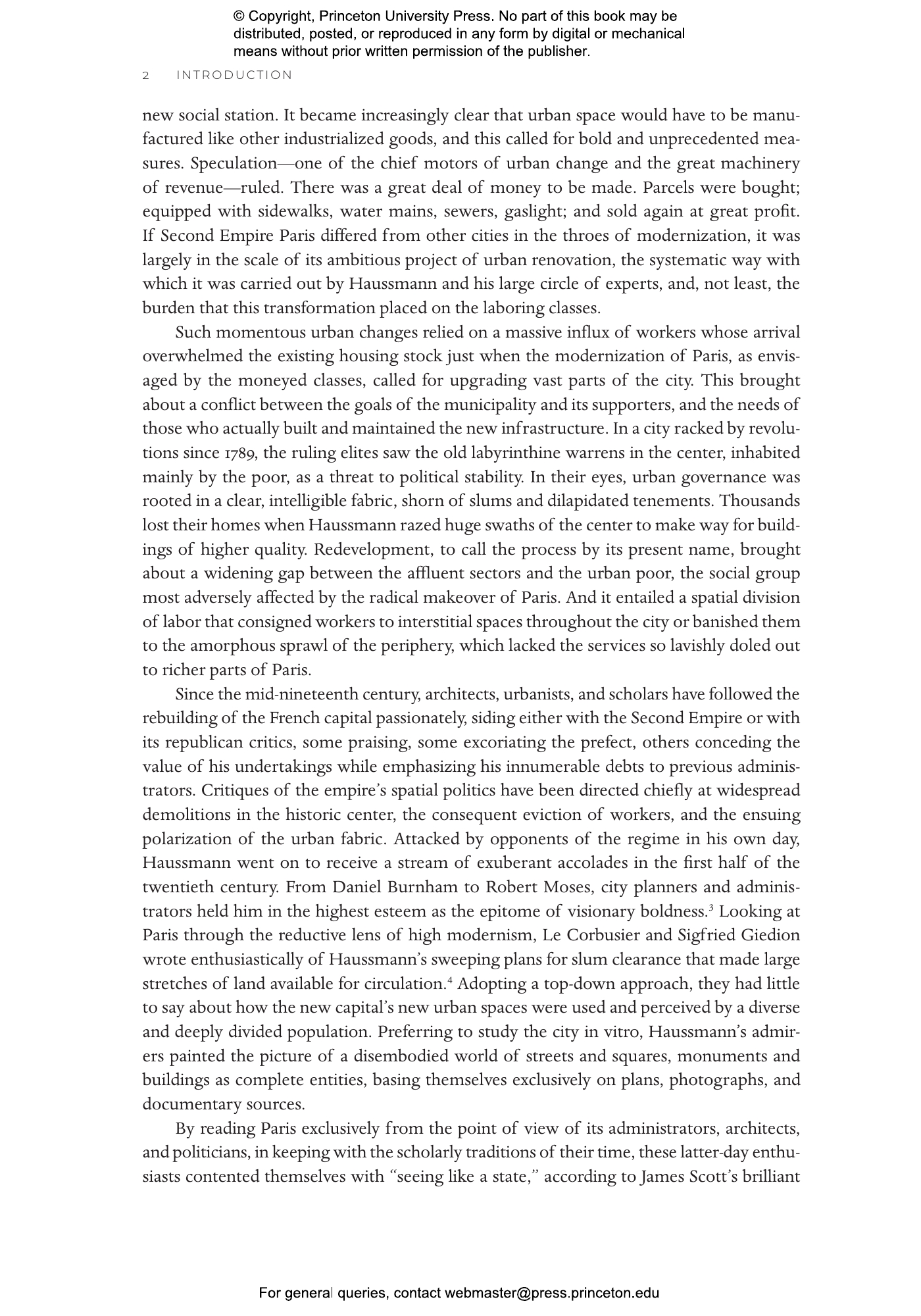 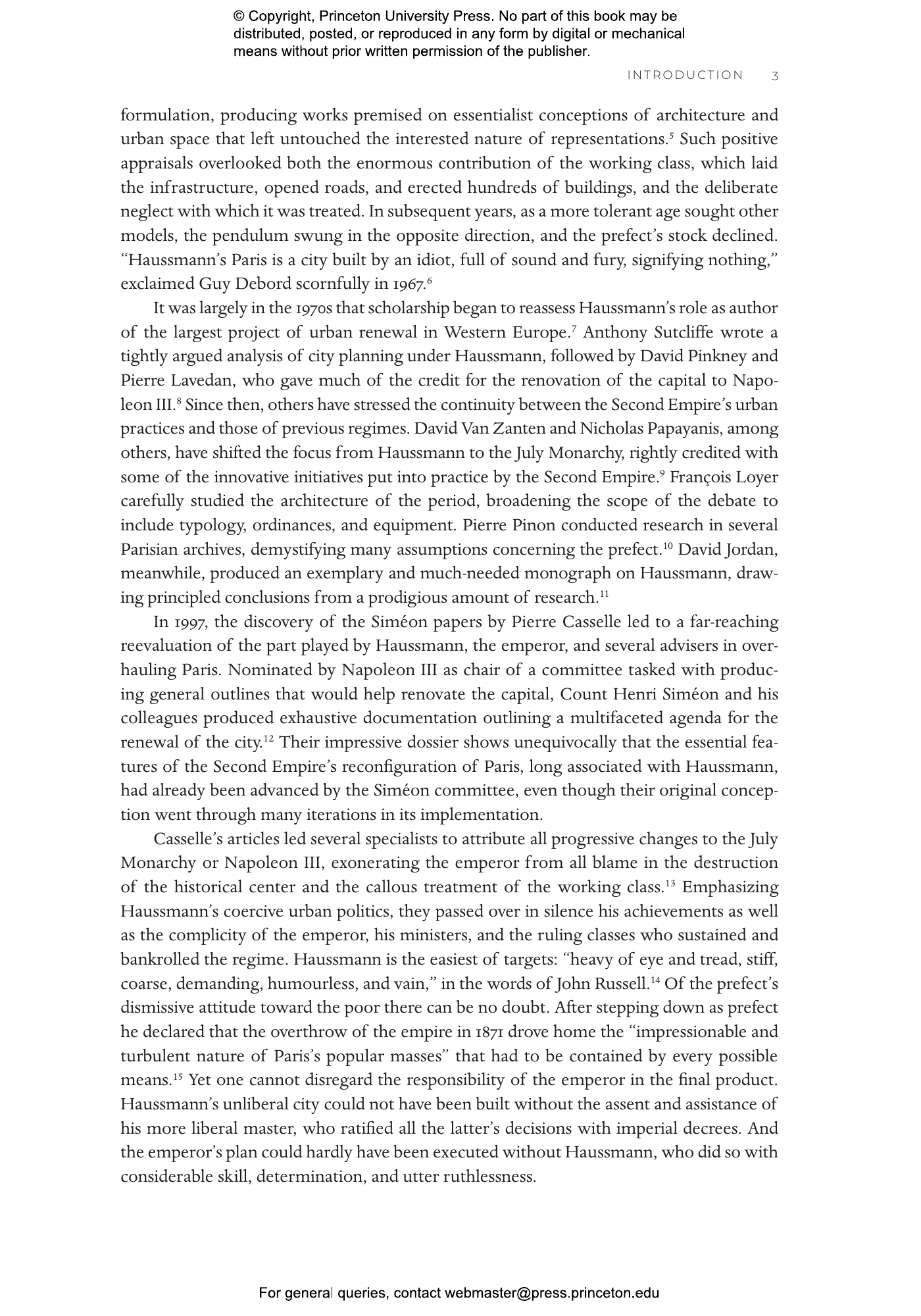 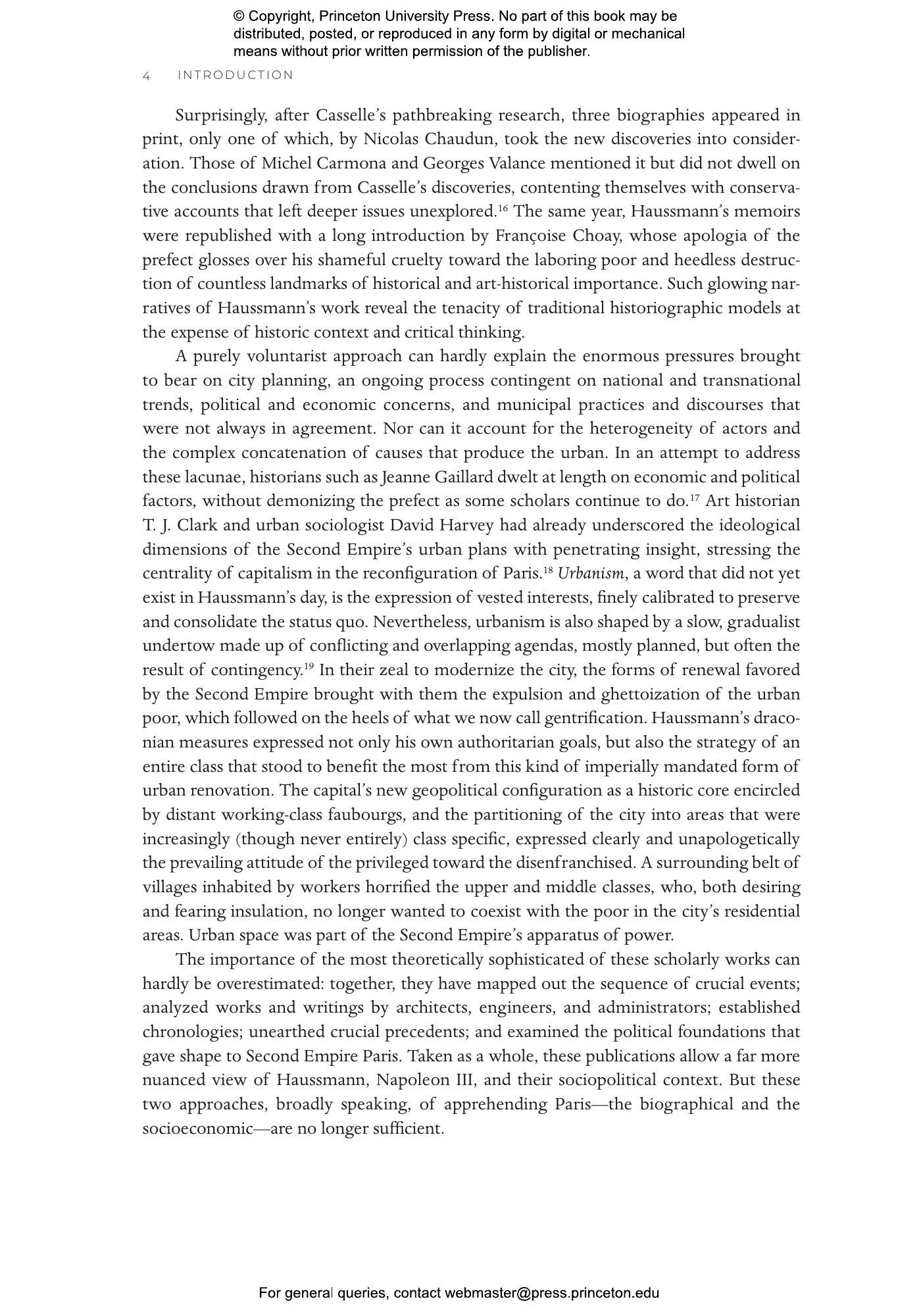 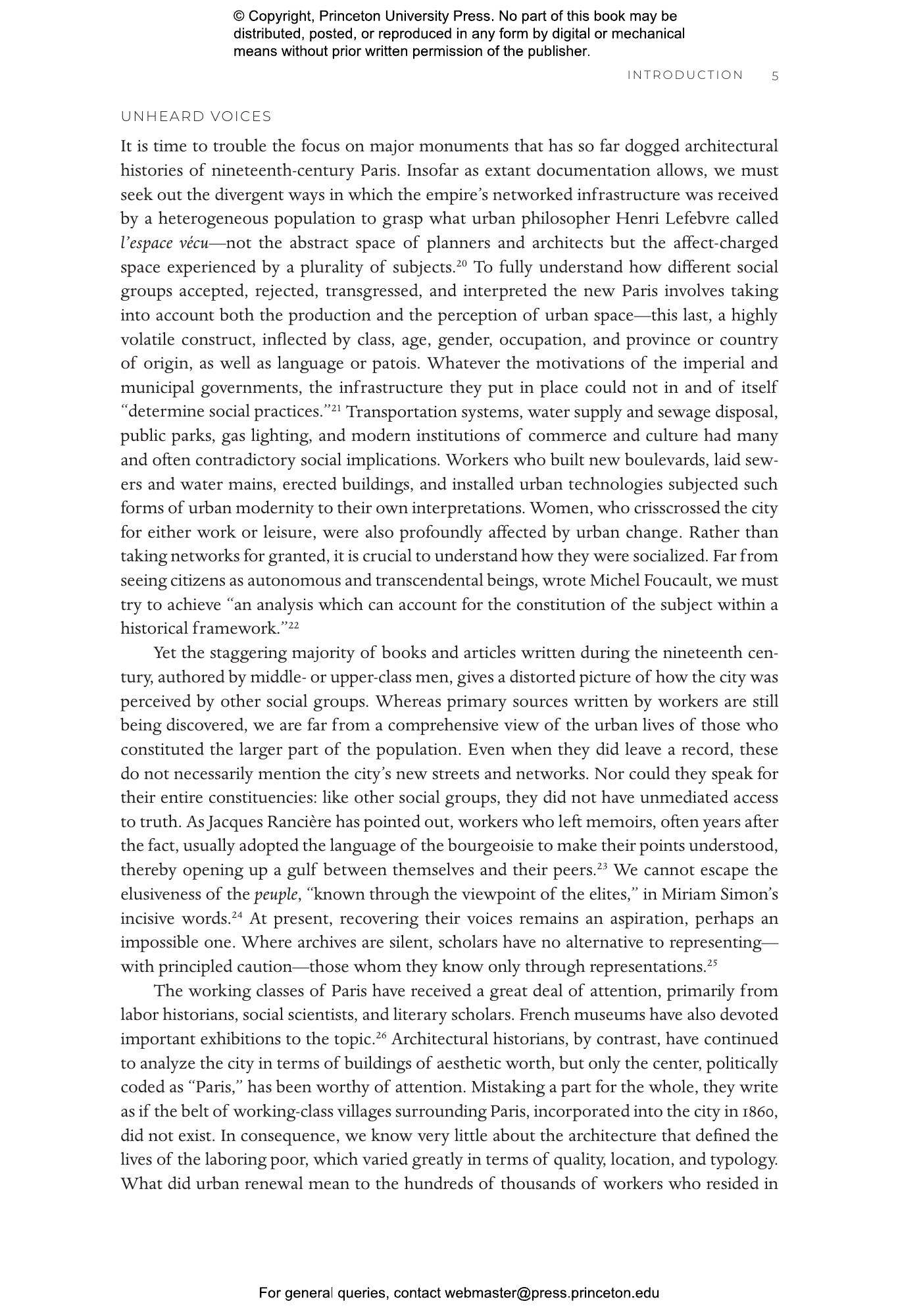 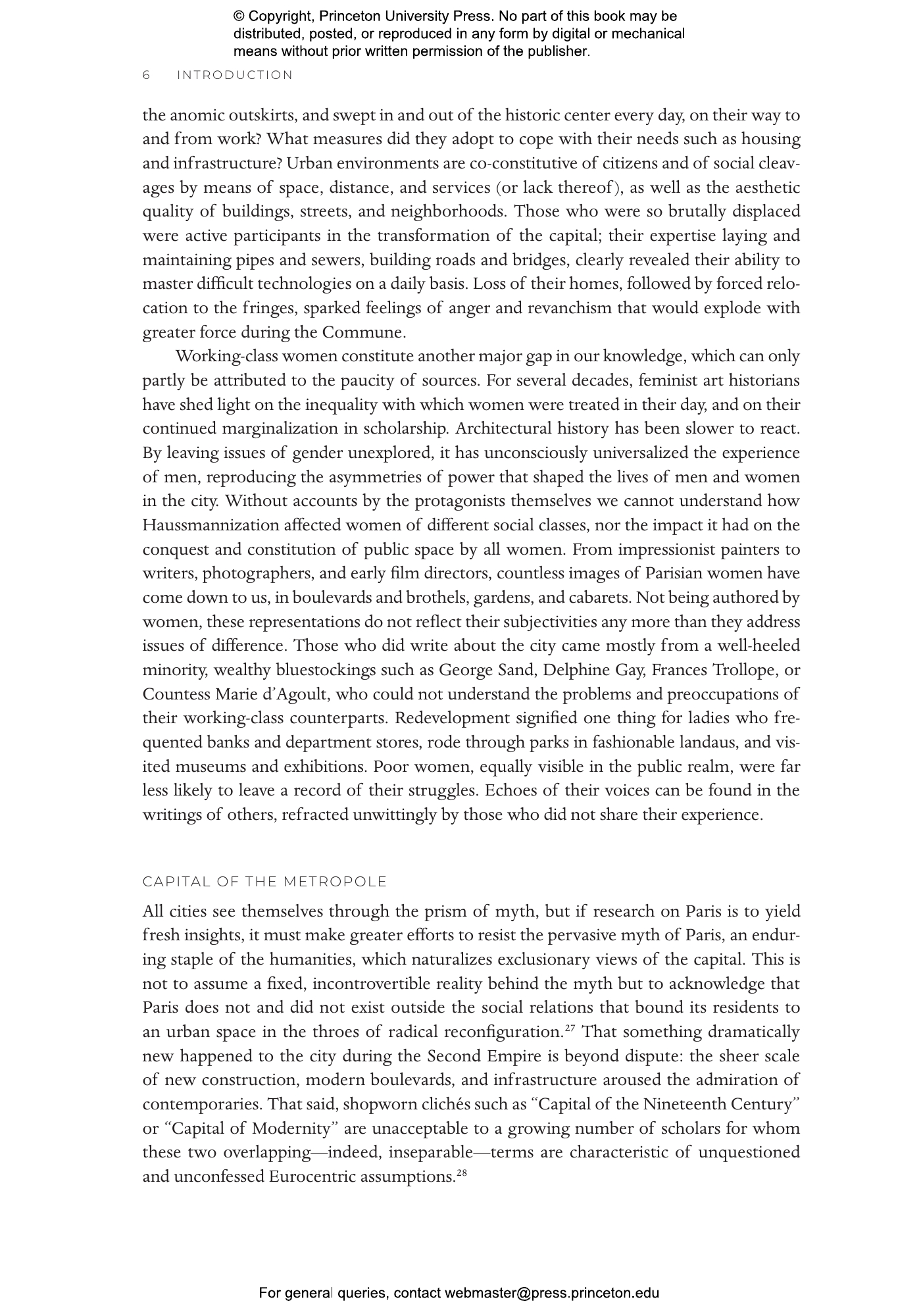 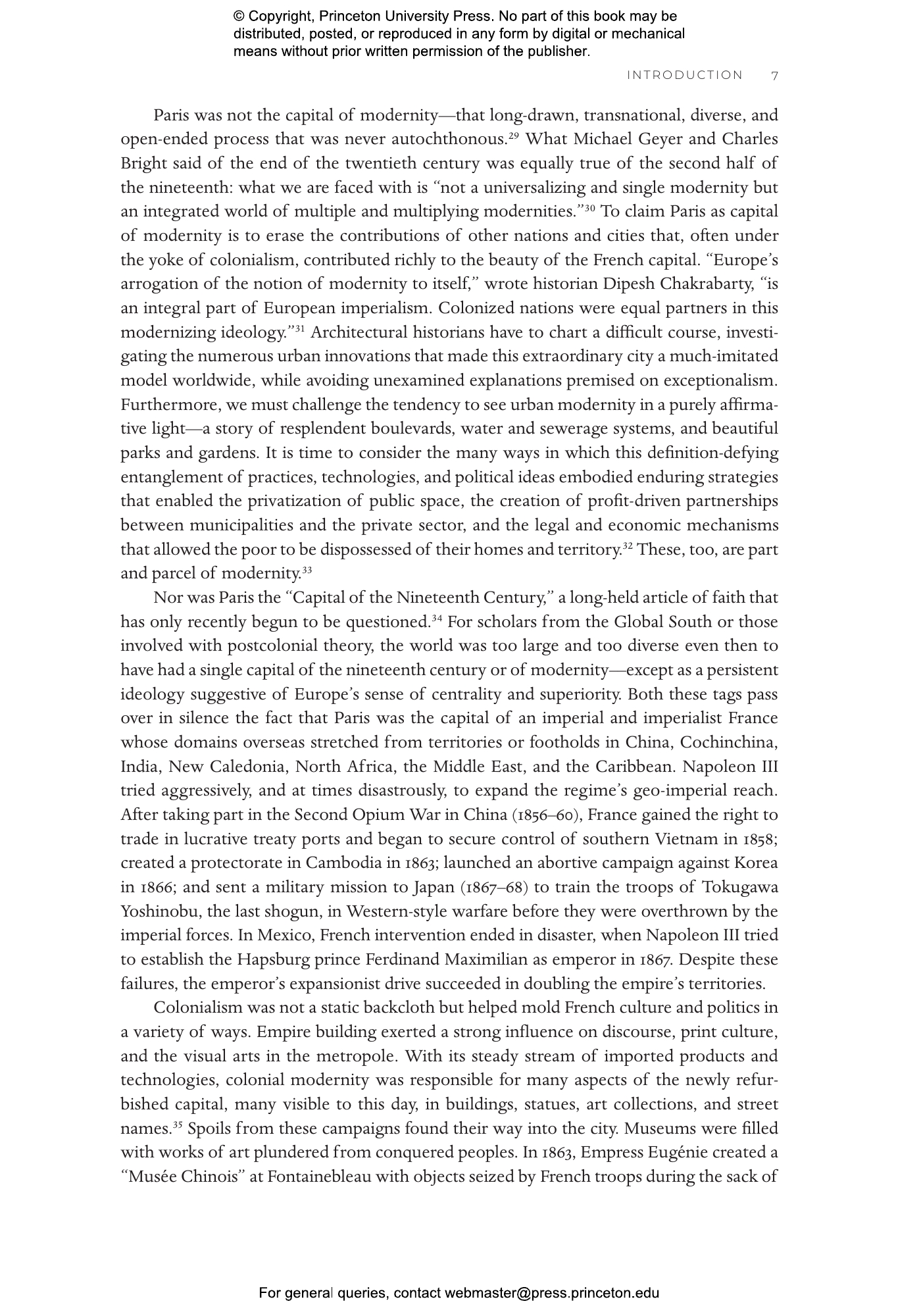 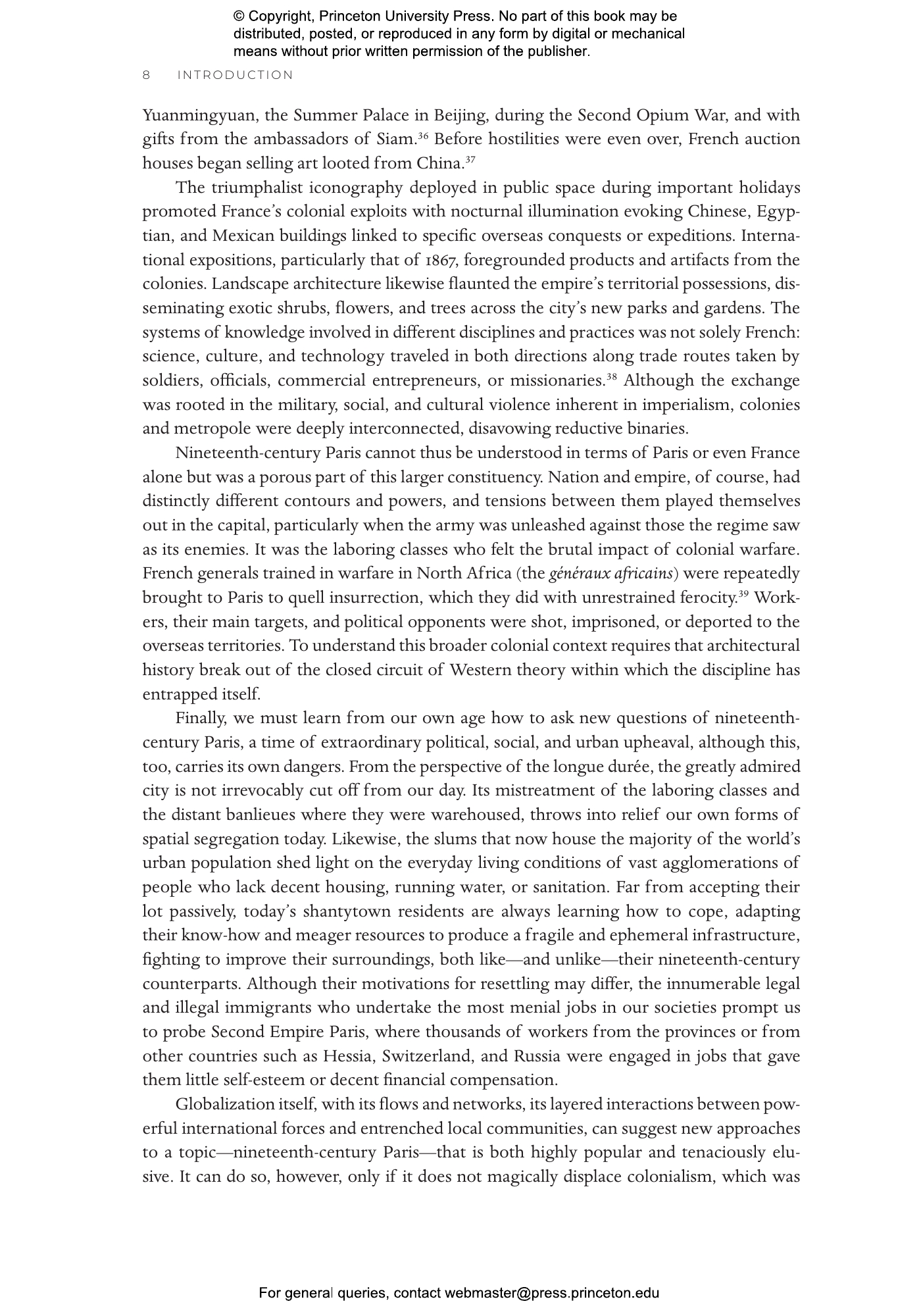 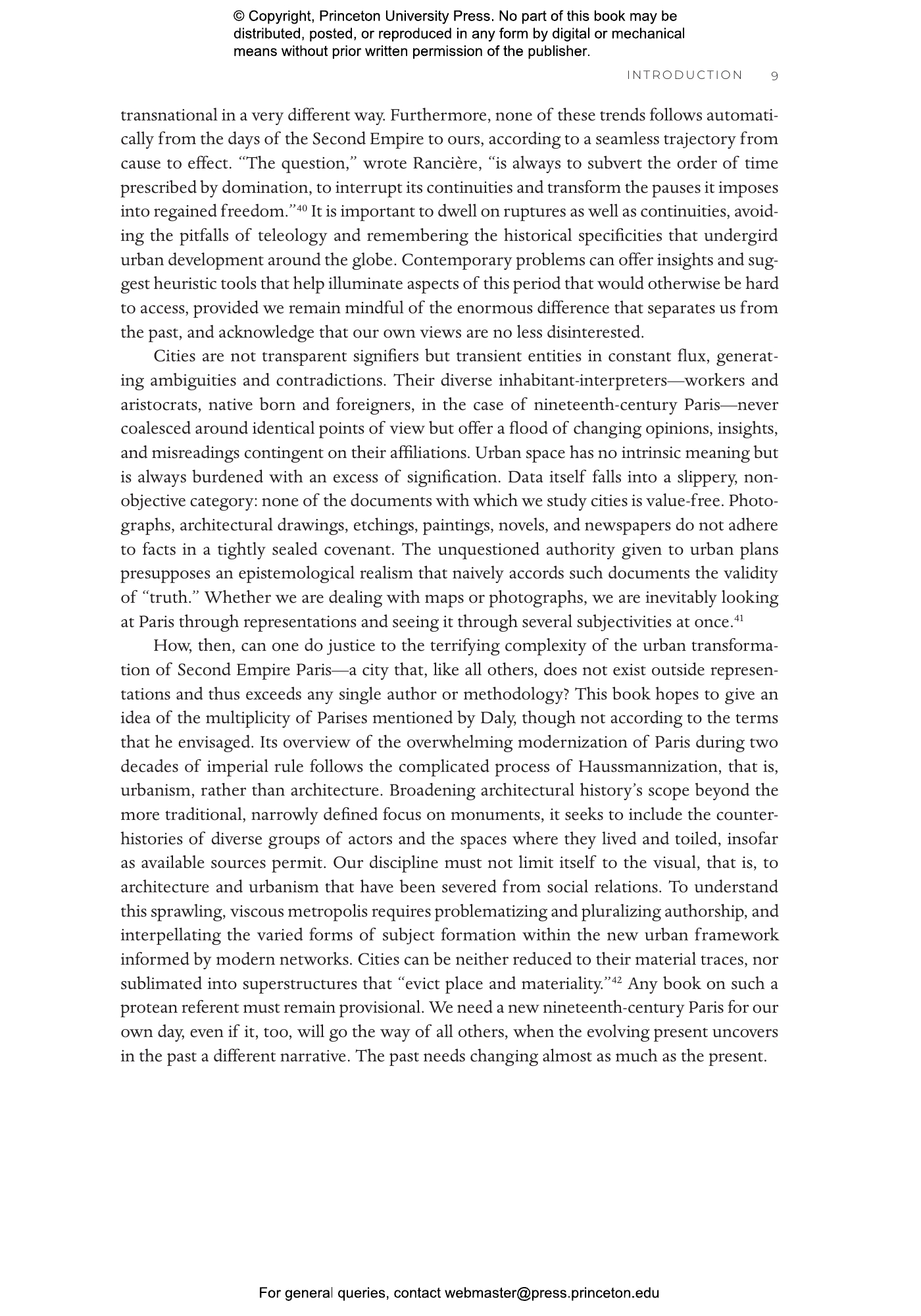 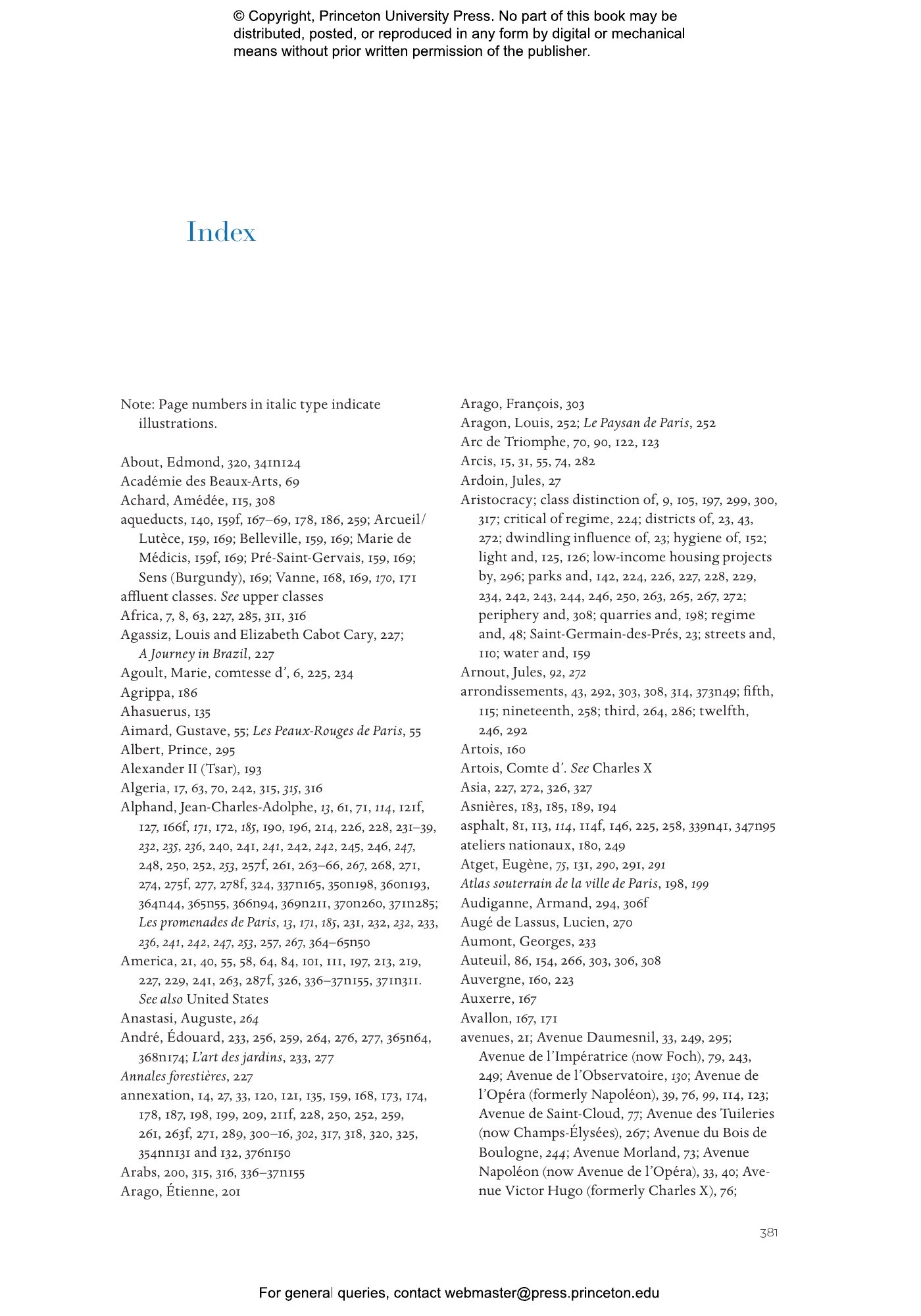 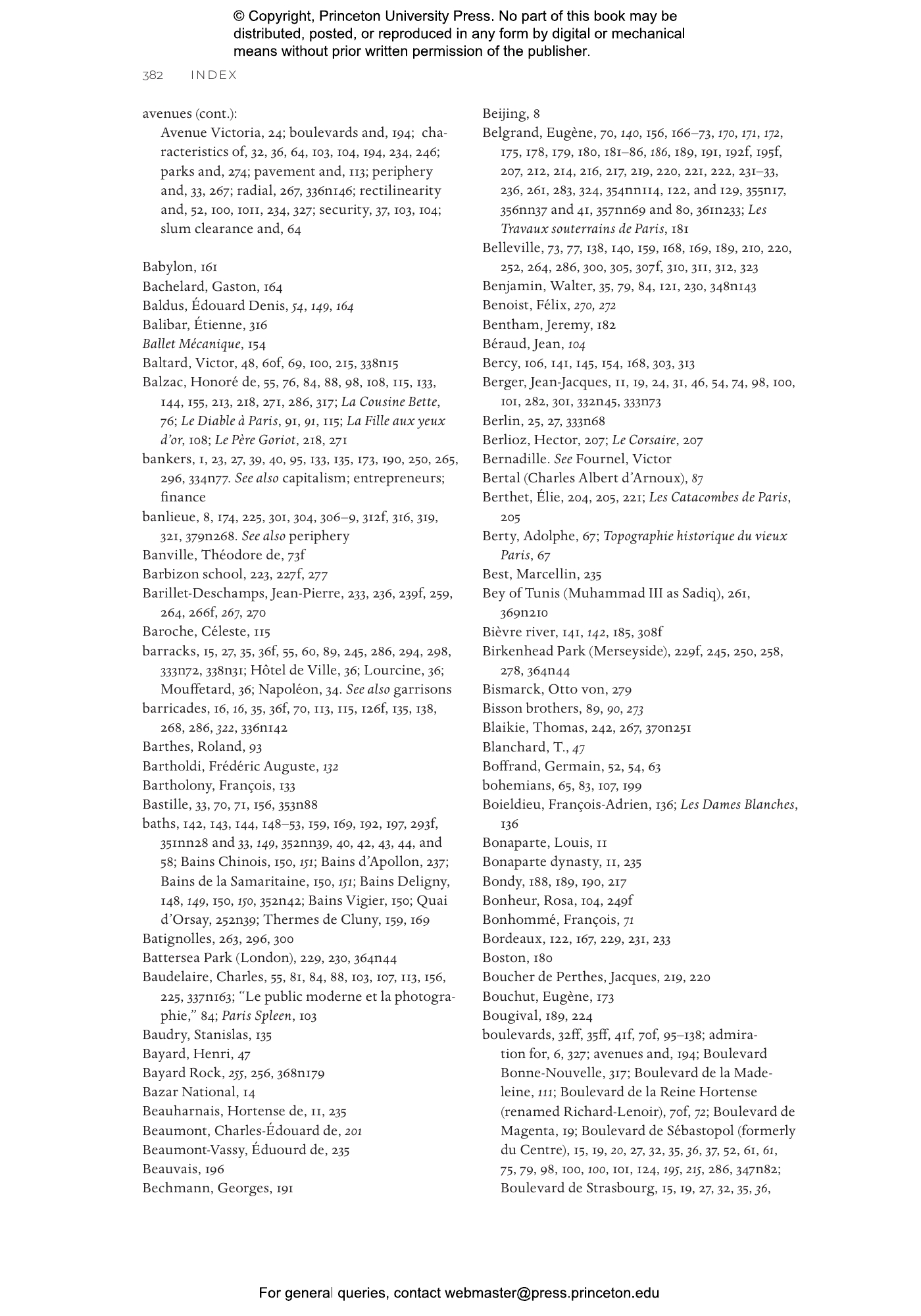 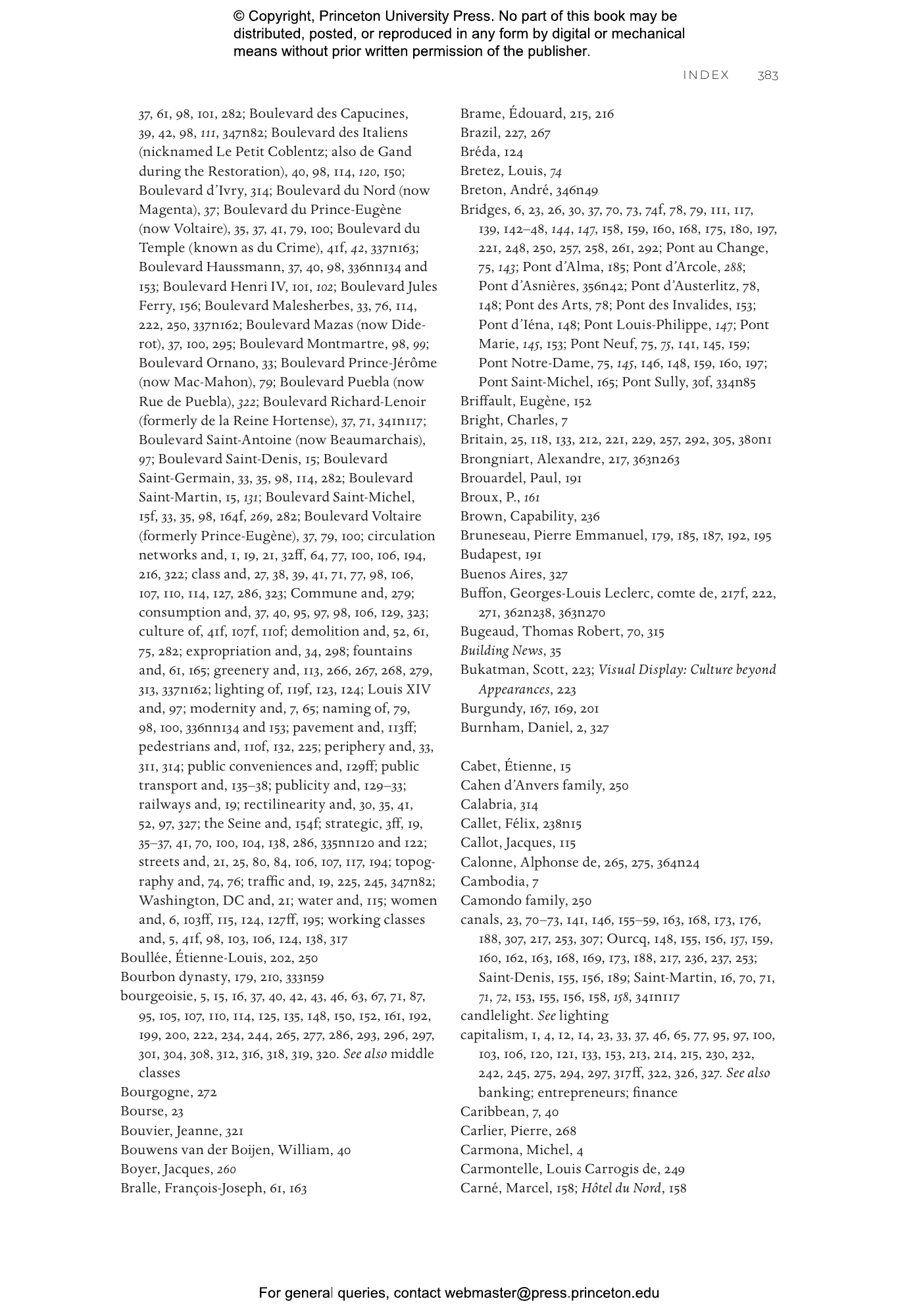 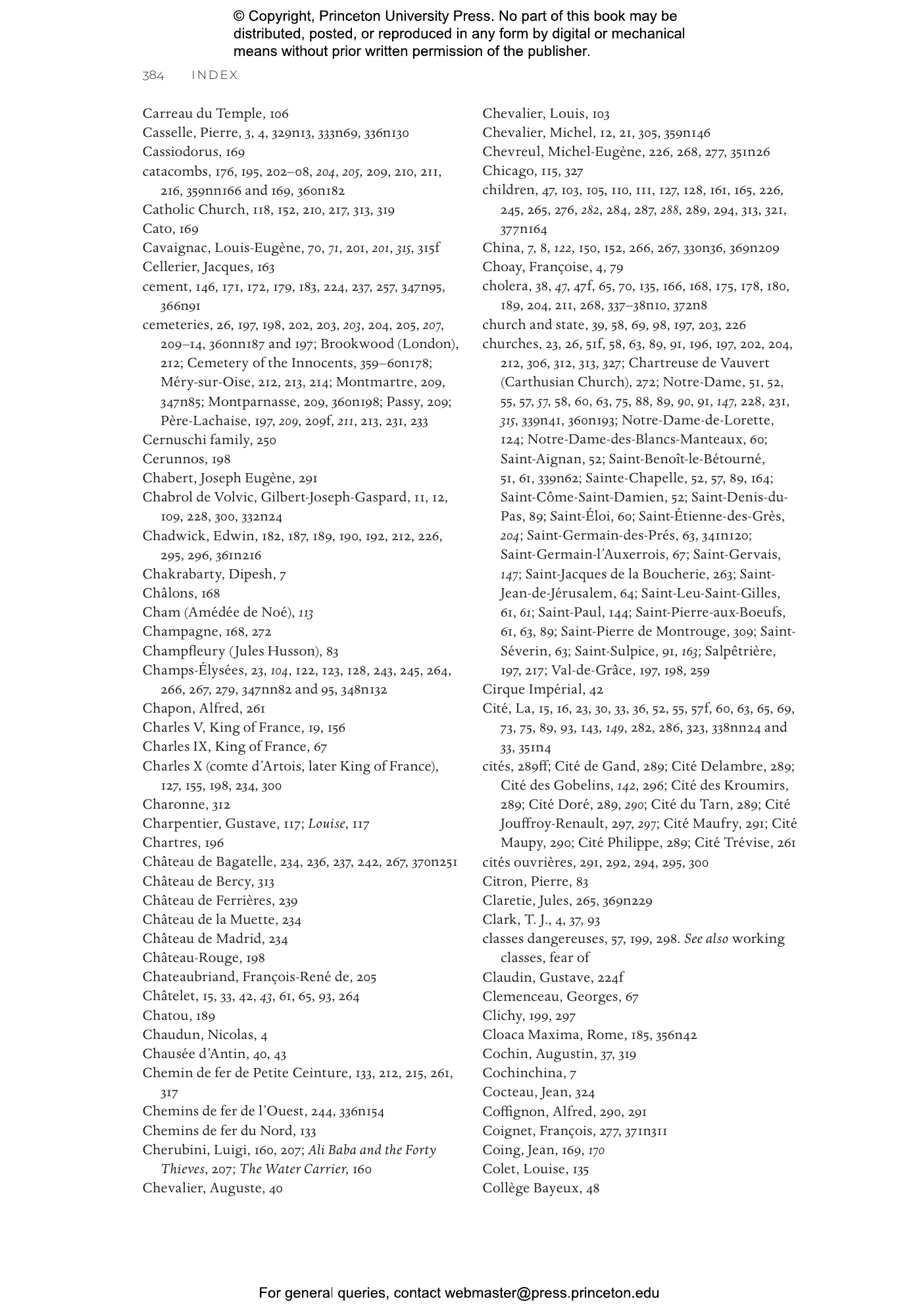 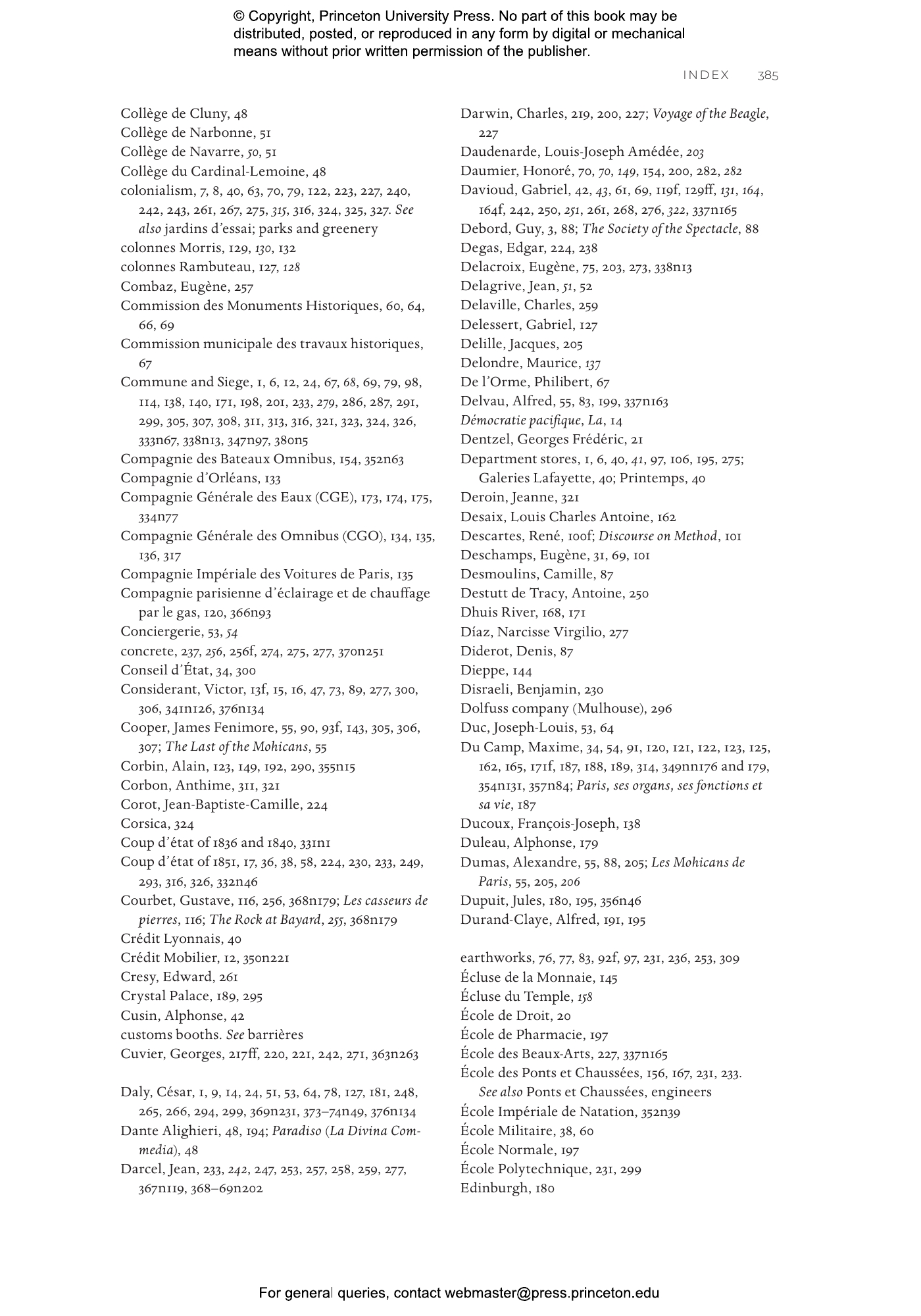 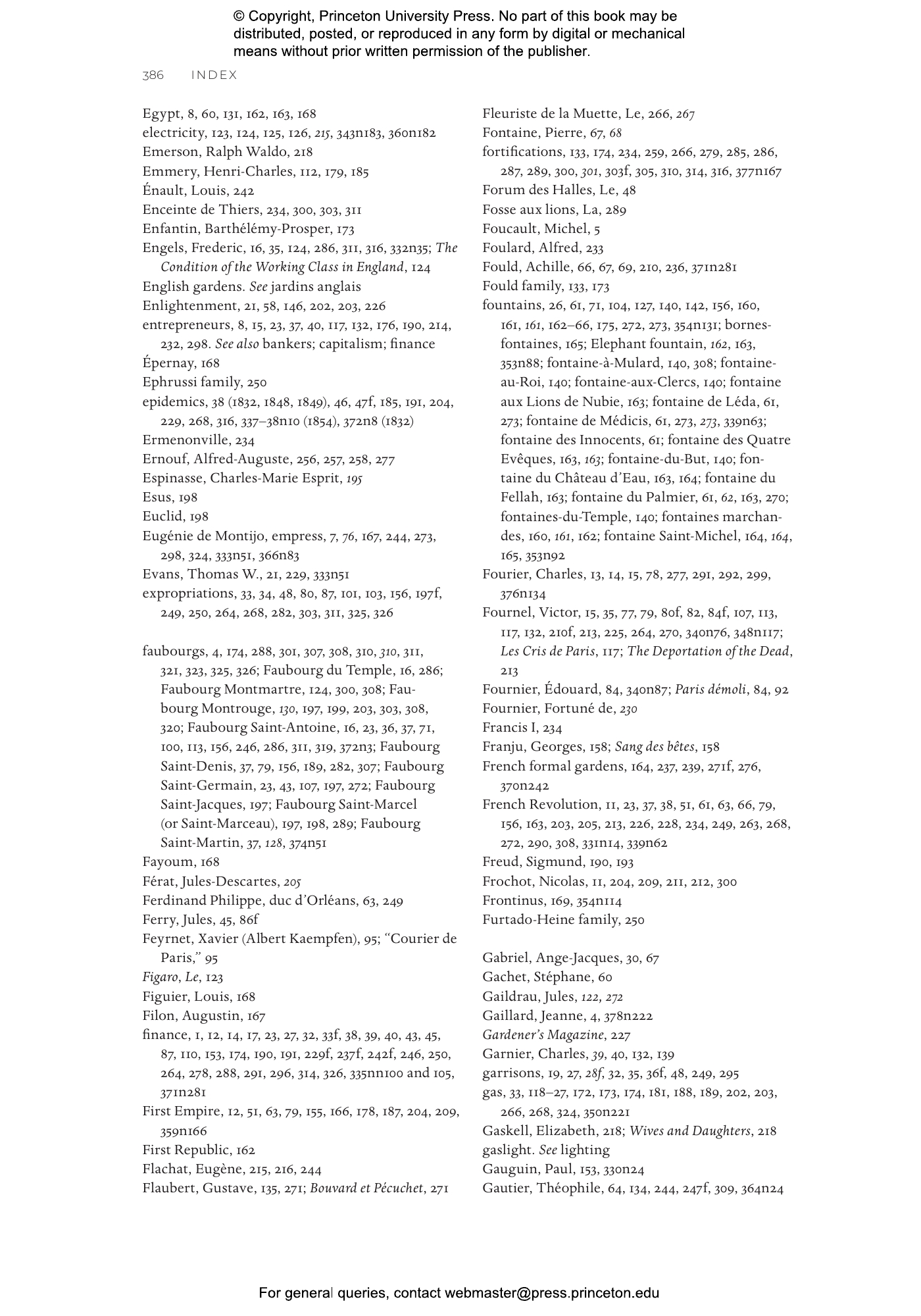 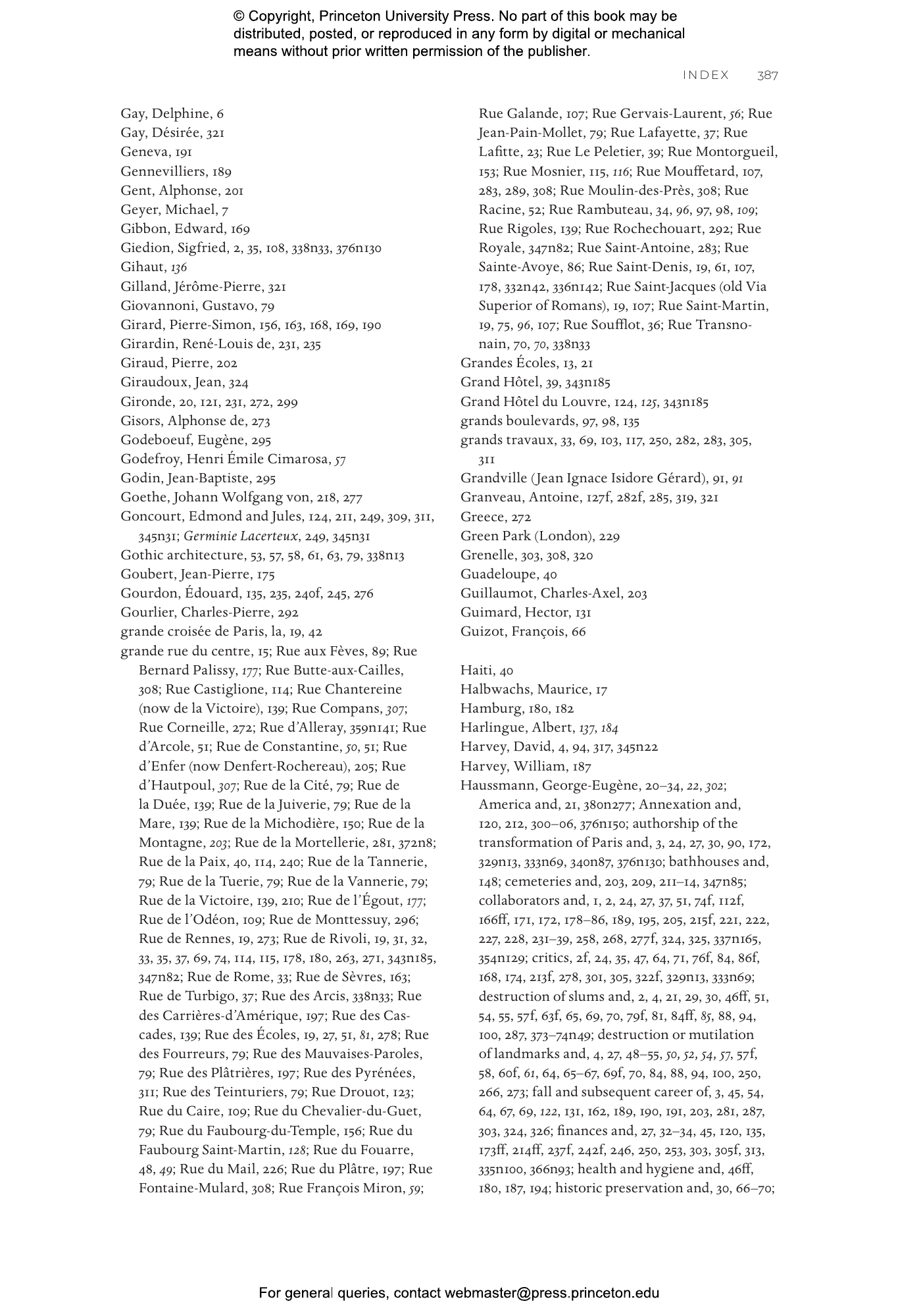 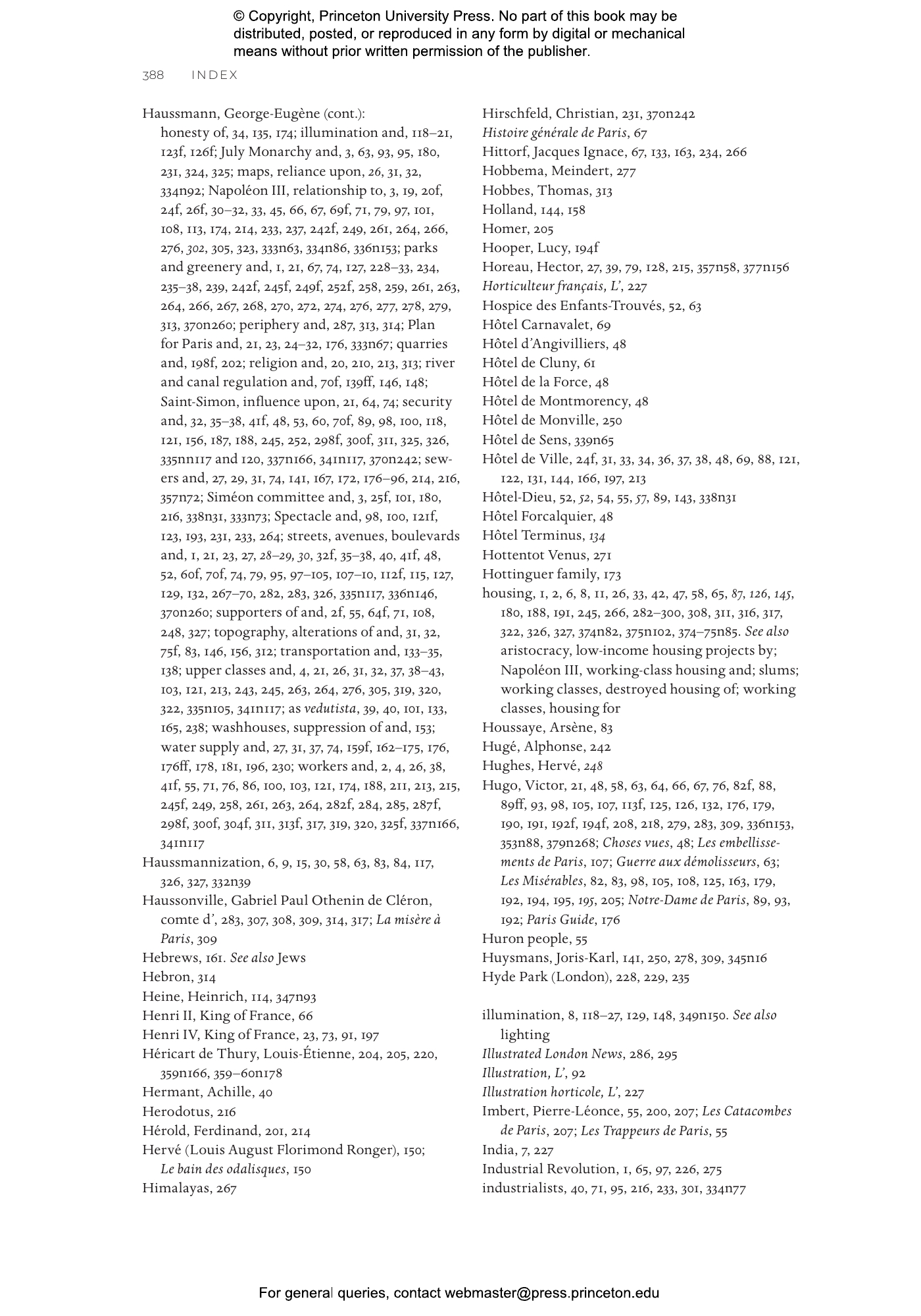 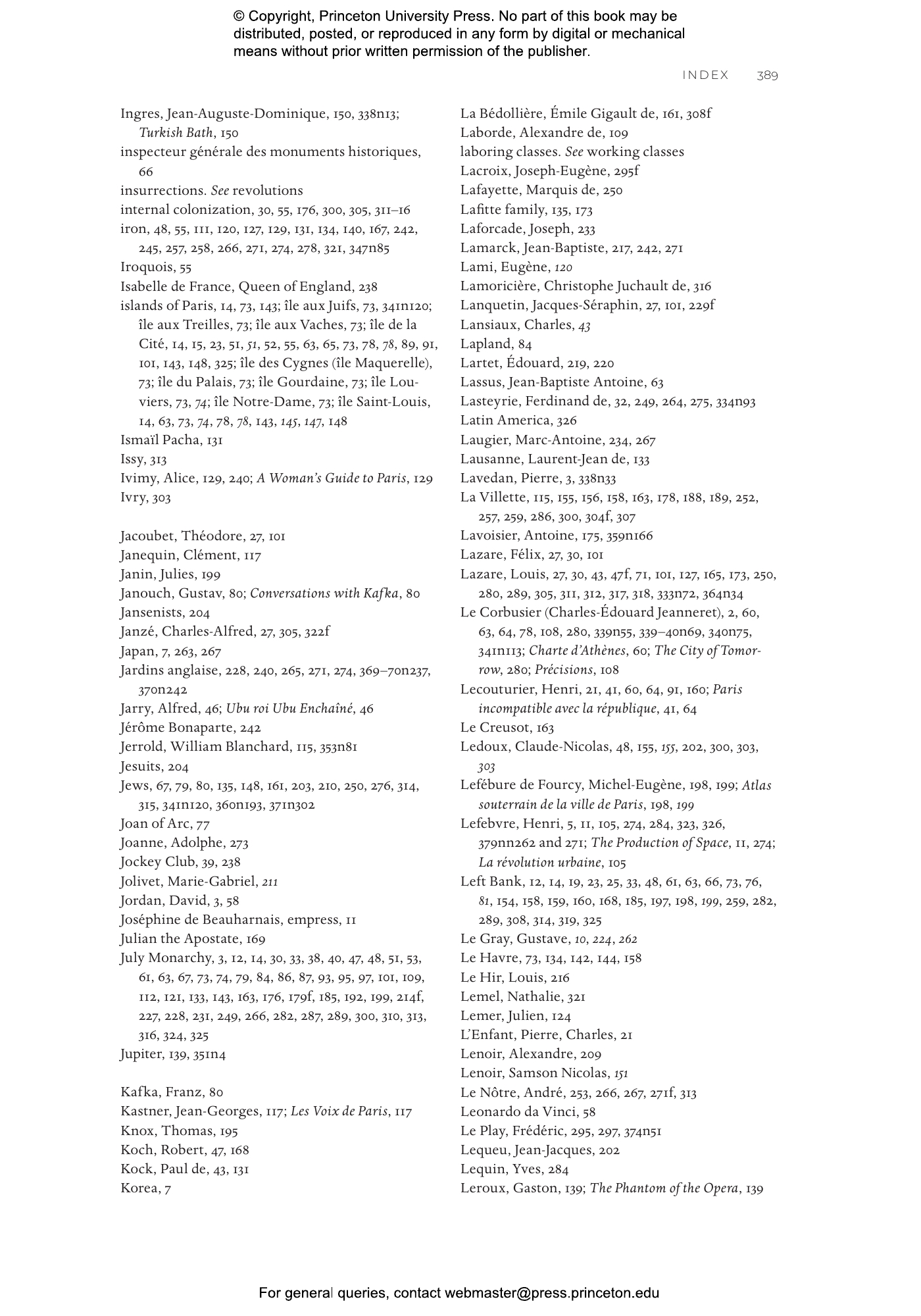 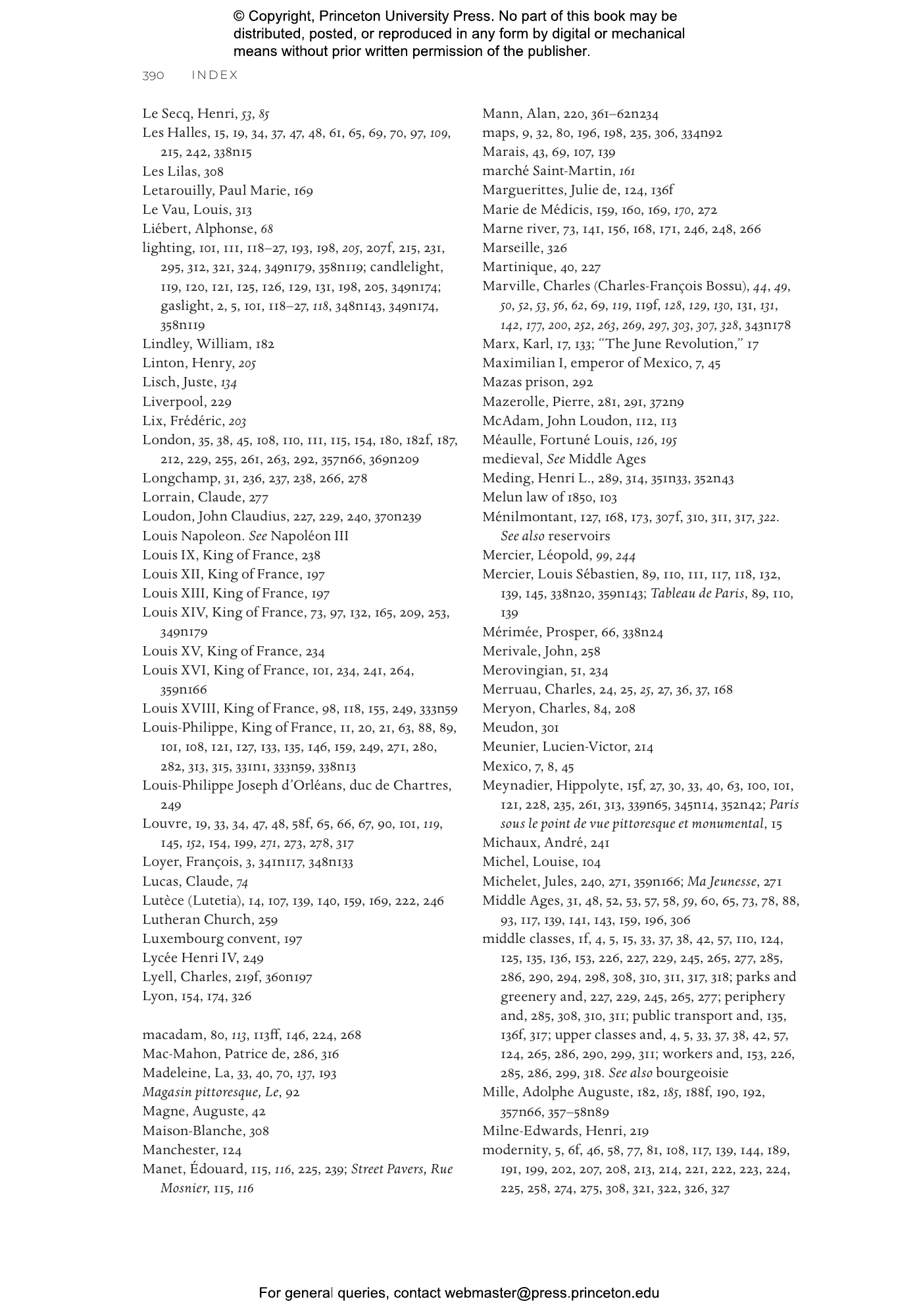 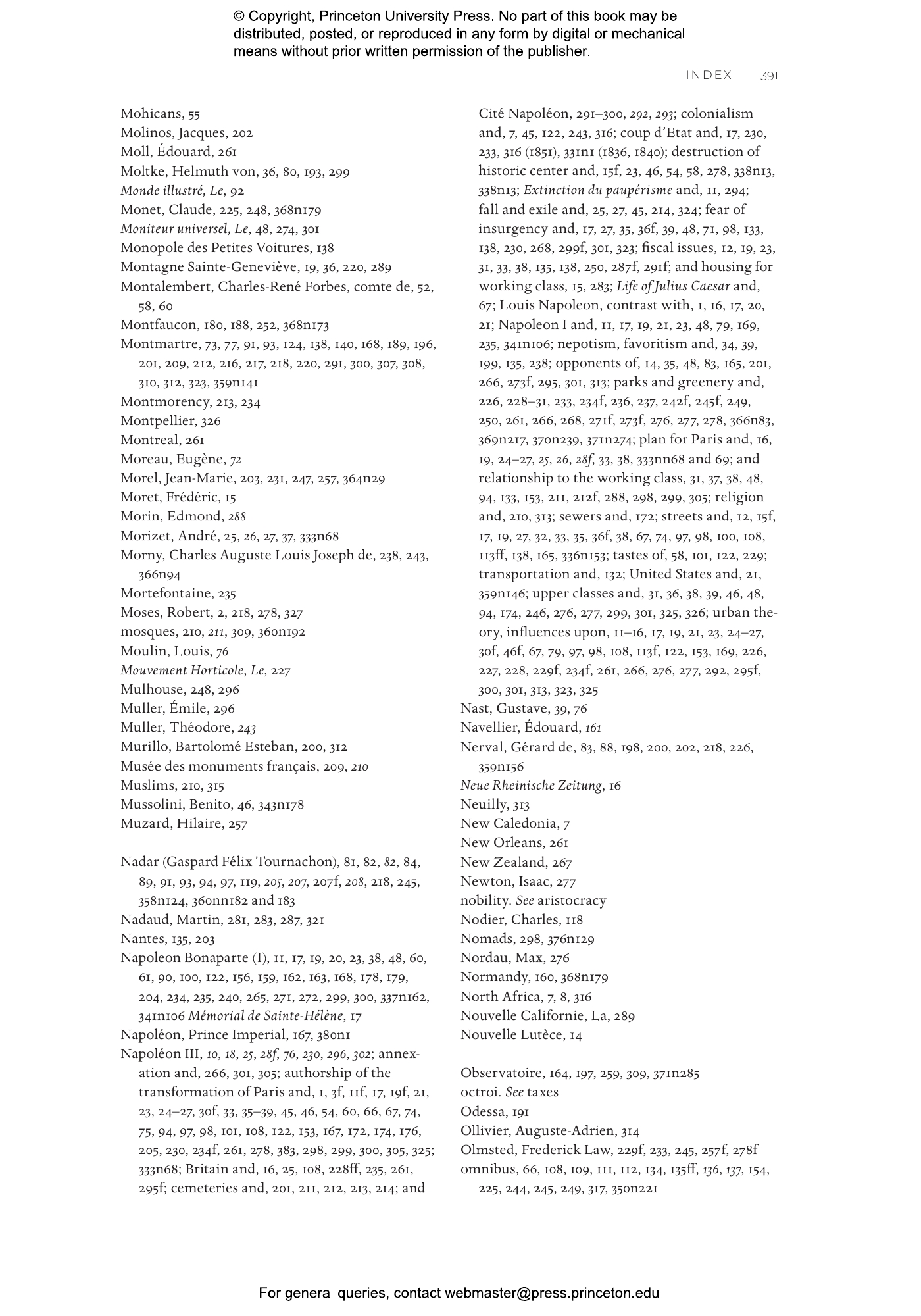 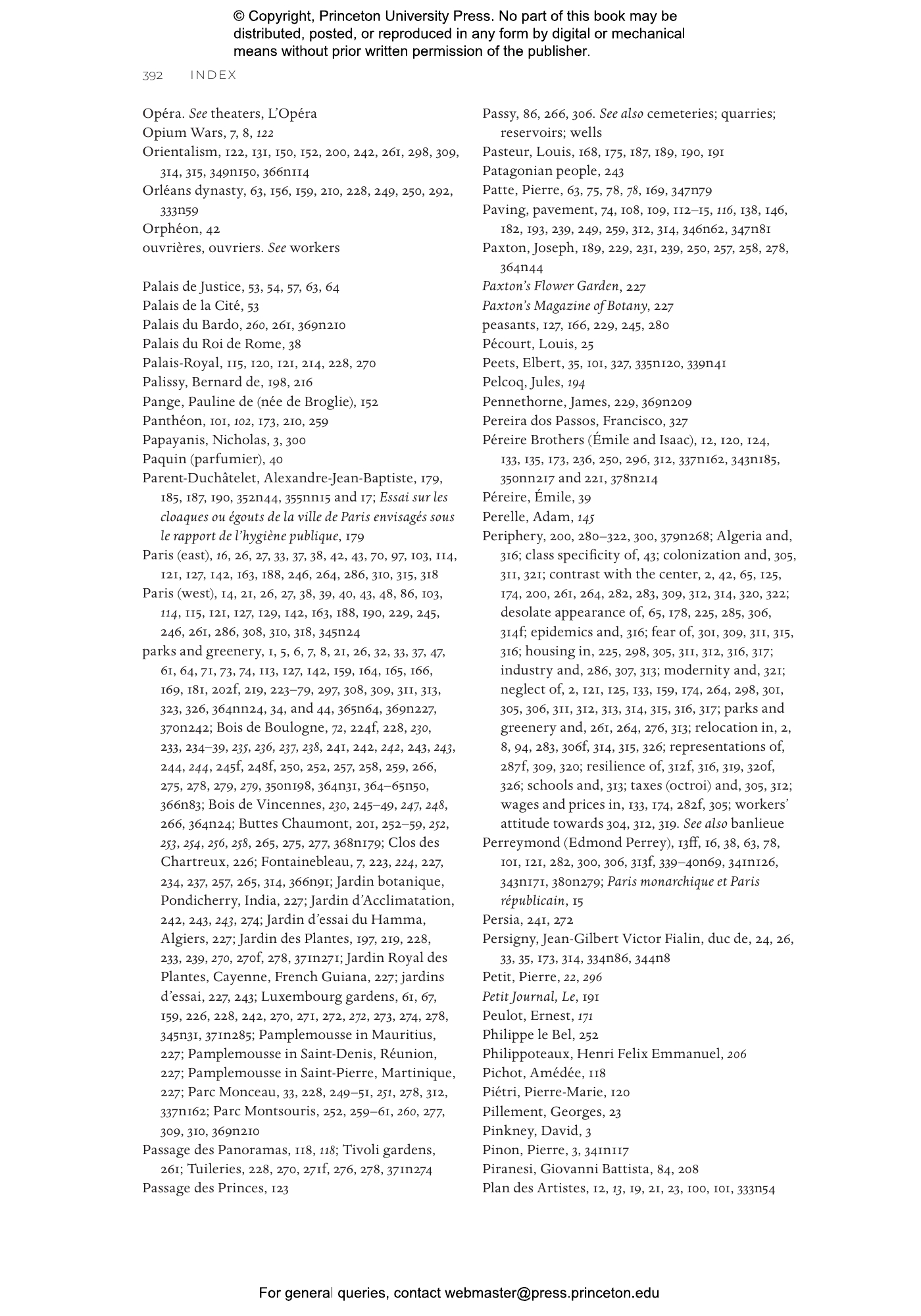 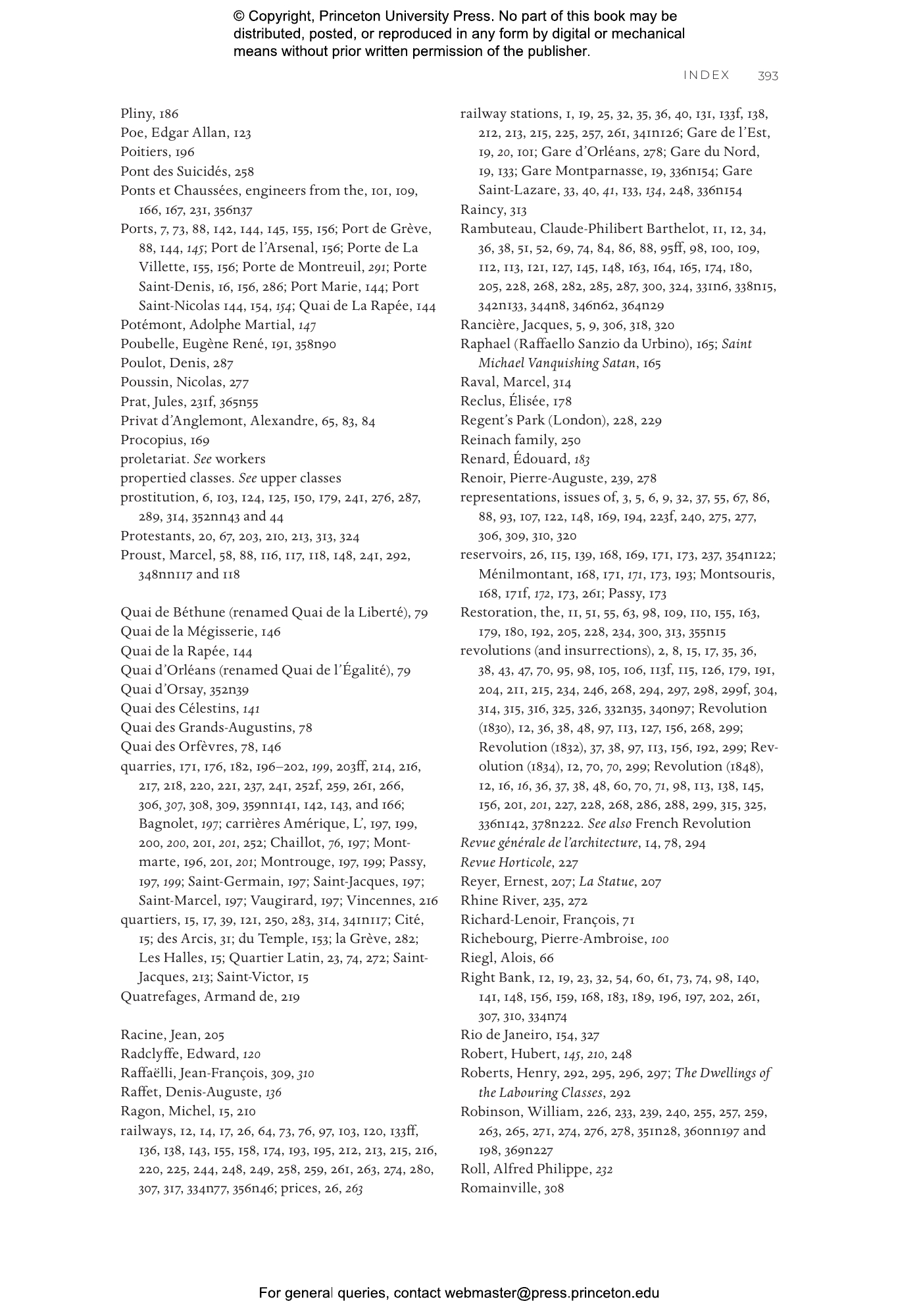 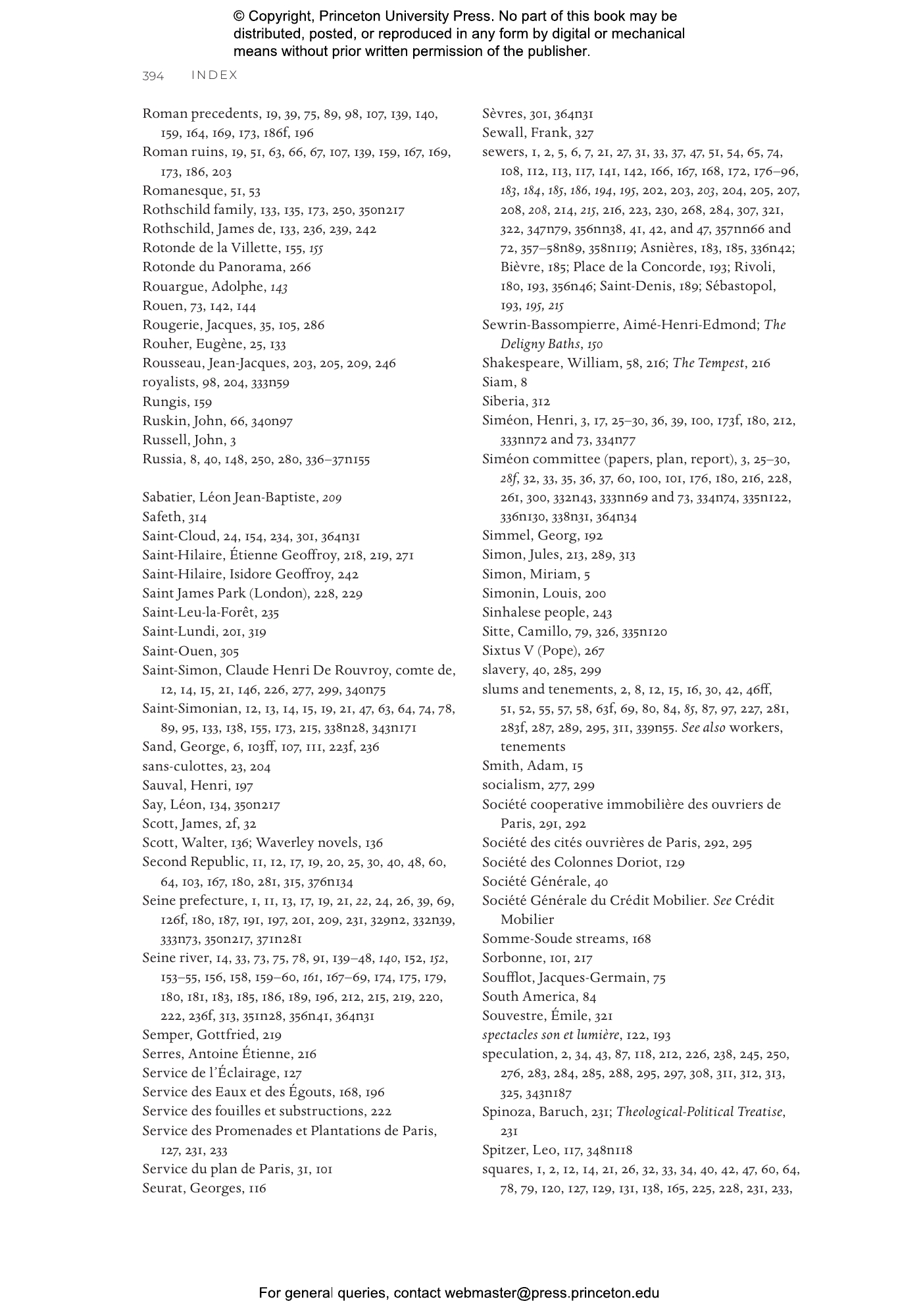 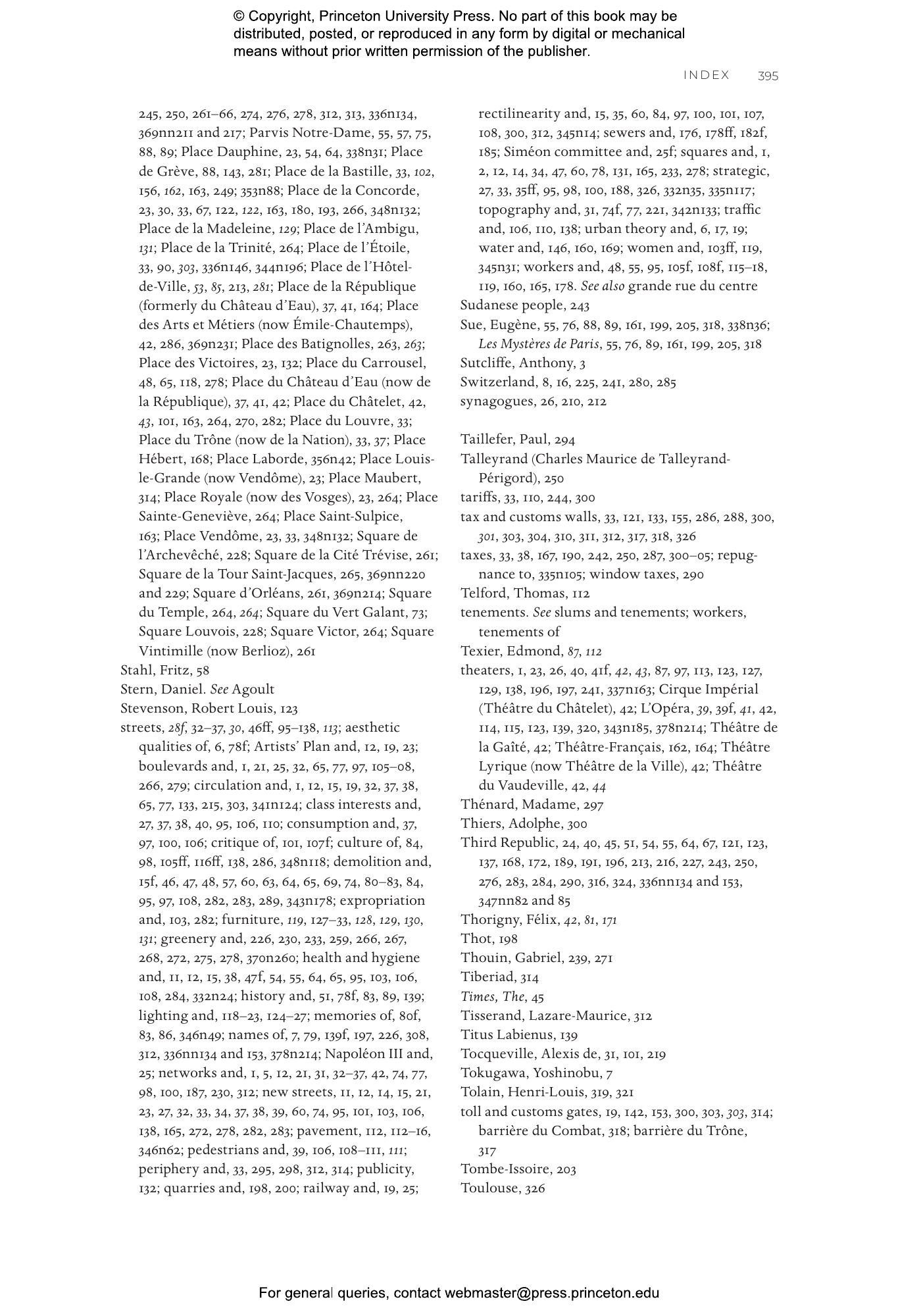 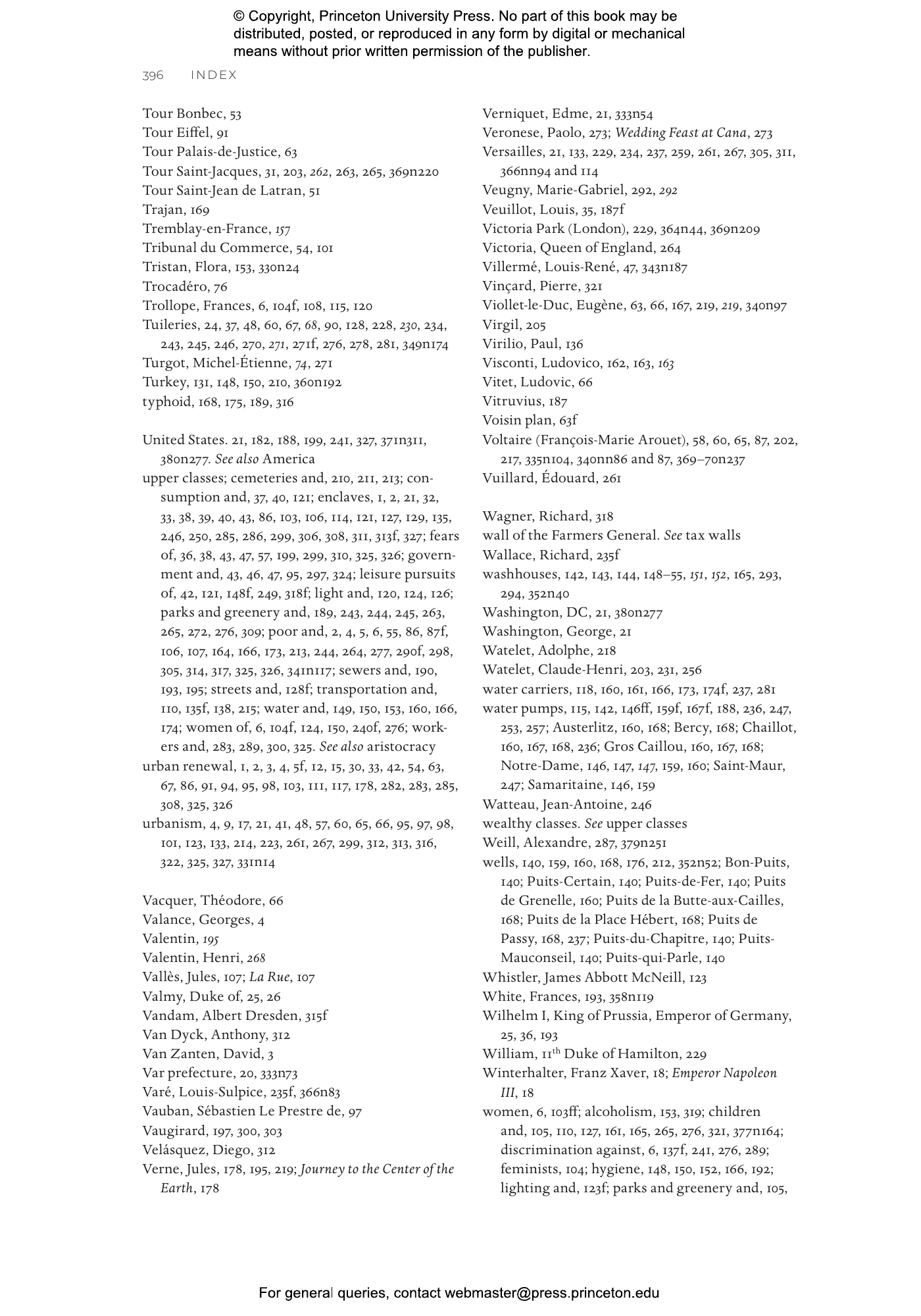 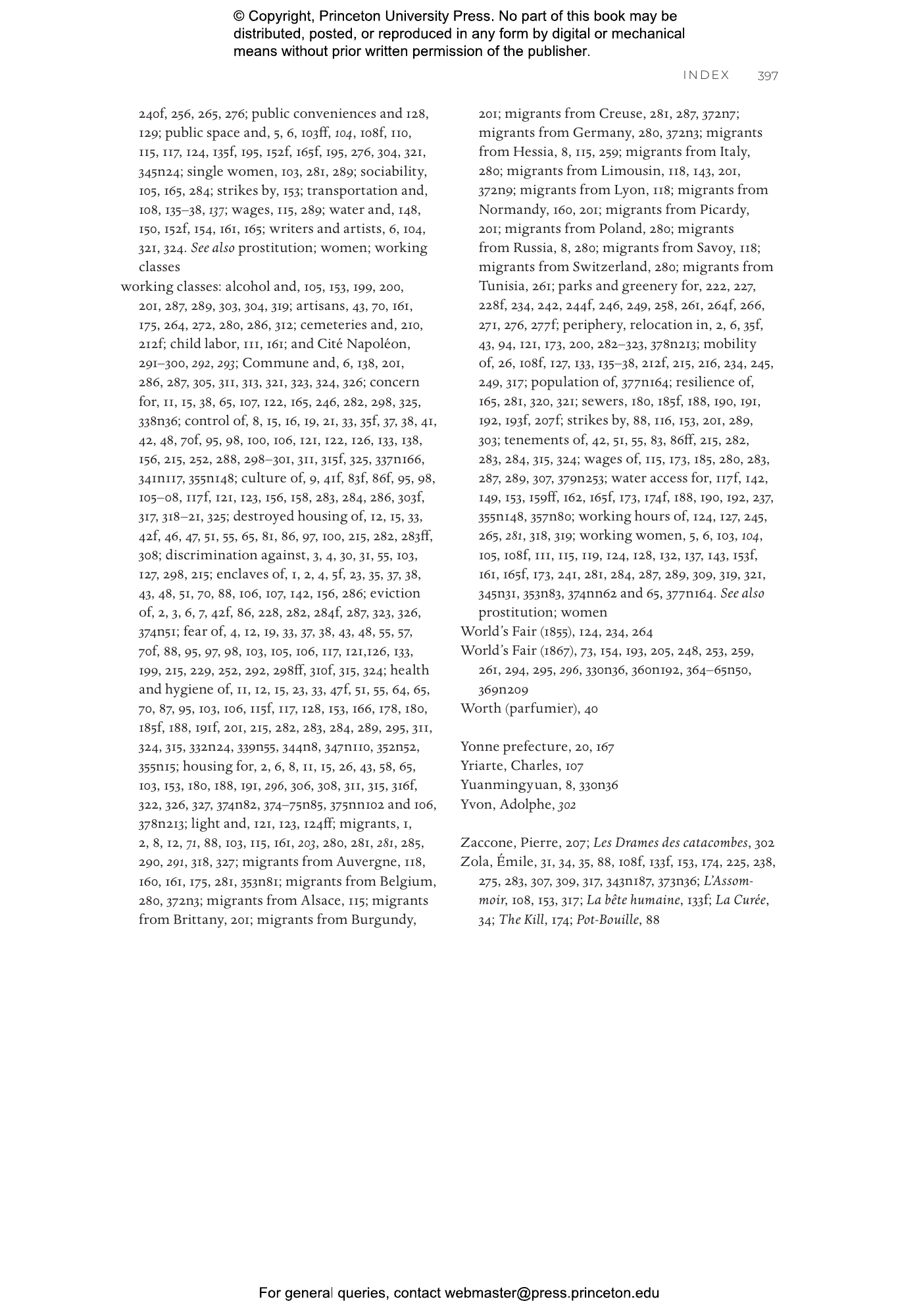 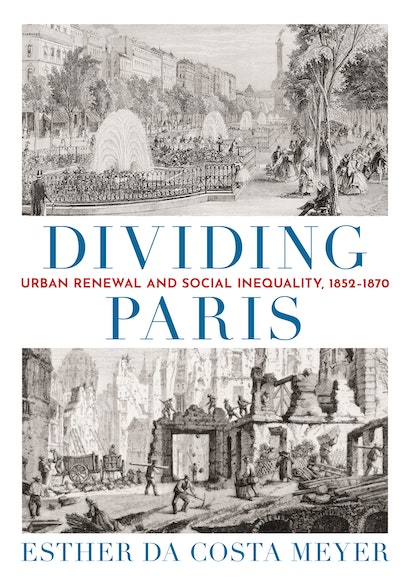 In the mid-nineteenth century, Napoleon III and his prefect, Georges-Eugène Haussmann, adapted Paris to the requirements of industrial capitalism, endowing the old city with elegant boulevards, an enhanced water supply, modern sewers, and public greenery. Esther da Costa Meyer provides a major reassessment of this ambitious project, which resulted in widespread destruction in the historic center, displacing thousands of poor residents and polarizing the urban fabric.

Drawing on newspapers, memoirs, and other archival materials, da Costa Meyer explores how people from different social strata—both women and men—experienced the urban reforms implemented by the Second Empire. As hundreds of tenements were destroyed to make way for upscale apartment buildings, thousands of impoverished residents were forced to the periphery, which lacked the services enjoyed by wealthier parts of the city. Challenging the idea of Paris as the capital of modernity, da Costa Meyer shows how the city was the hub of a sprawling colonial empire extending from the Caribbean to Asia, and exposes the underlying violence that enriched it at the expense of overseas territories.

This marvelously illustrated book brings to light the contributions of those who actually built and maintained the impressive infrastructure of Paris, and reveals the consequences of colonial practices for the city’s cultural, economic, and political life.

"Fascinating and sumptuously illustrated. . . . Da Costa Meyer’s book offers a valuable reminder of the high price paid by most Parisians for the beautiful new city center, and a valuable rejoinder to the countless celebrations of Haussmann’s Paris as the ‘capital of the nineteenth century.’"—David Bell, New York Review of Books

"And what an important book it is. One of the most stimulating I’ve come across on cities, a city and Paris."—Andrew Kelly, Director of Festival of the Future City and Creative Programmer

"Pathbreaking and important. In this remarkable book, da Costa Meyer provides a refreshing, original view of the many avenues through which modern Paris came to being, weaving compelling visual descriptions of the city in its material reality and in art and literature."—Jean-Louis Cohen, Sheldon H. Solow Professor in the History of Architecture, Institute of Fine Arts, New York University