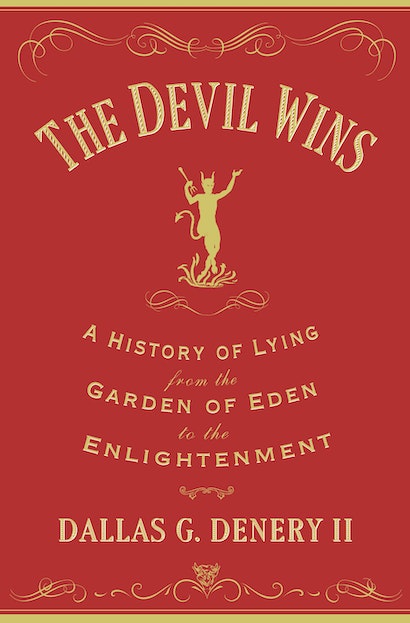 Is it ever acceptable to lie? This question plays a surprisingly important role in the story of Europe’s transition from medieval to modern society. According to many historians, Europe became modern when Europeans began to lie—that is, when they began to argue that it is sometimes acceptable to lie. This popular account offers a clear trajectory of historical progression from a medieval world of faith, in which every lie is sinful, to a more worldly early modern society in which lying becomes a permissible strategy for self-defense and self-advancement. Unfortunately, this story is wrong.

For medieval and early modern Christians, the problem of the lie was the problem of human existence itself. To ask “Is it ever acceptable to lie?” was to ask how we, as sinners, should live in a fallen world. As it turns out, the answer to that question depended on who did the asking. The Devil Wins uncovers the complicated history of lying from the early days of the Catholic Church to the Enlightenment, revealing the diversity of attitudes about lying by considering the question from the perspectives of five representative voices—the Devil, God, theologians, courtiers, and women. Examining works by Augustine, Bonaventure, Martin Luther, Madeleine de Scudéry, Jean-Jacques Rousseau, and a host of others, Dallas G. Denery II shows how the lie, long thought to be the source of worldly corruption, eventually became the very basis of social cohesion and peace.

Dallas G. Denery II is associate professor of history at Bowdoin College. He is the author of Seeing and Being Seen in the Later Medieval World: Optics, Theology, and Religious Life and the coeditor of Uncertain Knowledge: Scepticism, Relativism, and Doubt in the Middle Ages. 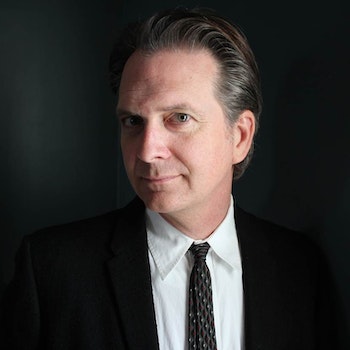 "[The Devil Wins is] an informative, sophisticated, and thought-provoking account of the efforts of theologians and philosophers from the early Christian era to the Enlightenment to define lies and understand their ethical, social, and political implications."—Glenn Altschuler, Psychology Today

"Denery explores analyses of an enormous variety of deceptions, and does so with an erudition that is never pedantic or monotonous. He is an entertaining writer, with a healthy skepticism about the dogmatic condemnation of lying as always, or even mostly, morally blameworthy. . . . I think Nietzsche would have loved this book."—Clancy Martin, Chronicle of Higher Education

"The Devil Wins is a learned and accessible introduction to a fascinating subject."—Biancamaria Fontana, Times Higher Education

"What emerges through all five chapters is a fascinating trajectory that takes us from a time when lies were considered by some theologians to be absolutely and categorically sinful, to an age when it was widely accepted that modern society depended on them . . . well researched, fluidly written, and persuasively argued."—Hans Rollman, PopMatters

"The Devil Wins sets forth lucidly the arguments of texts that grapple with how human beings should live in a world full of deception. . . . This important book's reach and ambition is amply vindicated in this conclusion in which the old alternatives—spanning Christian antiquity, the Middle Ages, the Renaissance, and the early eighteenth century—of rejecting or accepting a mendacious world yield to a third way: being true to one's sentiments, even when one lies, as a natural solution to a natural problem."—Edwin D. Craun, The Medieval Review

"The Devil Wins is an enjoyable and well-written book, a serious contribution to what might constitute a history of the complicated elements of culture and society that enable people to tell lies."—Andrew Hadfield, Textual Practice

"Denery . . . has written an impressively clear account of a difficult group of subjects, cleaving mostly to familiar figures but taking the time to get to know them properly."—Anthony Ossa-Richardson, Intellectual History Review

"Asking whether it is ever acceptable to lie, The Devil Wins offers the reader a fascinating historical account of apodictic as well as iconoclastic answers."—Lewis Fried, Key Reporter

"A splendid book. . . . The best among the many virtues of the book is its successful combination of history and philosophy."—Jeffrey Burton Russell, Catholic Historical Review

"In this exquisitely written book, Denery draws on centuries of rumination on the moral issues surrounding lying to address the question of how we should live in a fallen world. The serpent in the Garden of Eden led humankind astray with lies. The Devil is the father of lies. Premodern sources agonized constantly over the act of lying. Denery not only superbly narrates the long history of this obsession, but also locates the conditions that reveal an Enlightenment shift toward a not entirely comfortable modernity."—William Chester Jordan, Princeton University

"Can God lie? Are women ‘born liars'? These are just two of the questions Denery asks—and answers—in his wide-ranging, erudite study. Written in an engaging and accessible style, The Devil Wins sheds a new and fascinating light on a mendacious world stretching from the Book of Genesis to the dawn of the Enlightenment."—Renate Blumenfeld-Kosinski, author of Poets, Saints, and Visionaries of the Great Schism, 1378–1417

"This is a wonderful and beautifully written book. The fruit of extensive research, The Devil Wins traces the history of lying and deception through the medieval and early modern periods. Denery offers compelling and immensely significant arguments."—Ian P. Wei, author of Intellectual Culture in Medieval Paris

"This is a marvelous book. Denery uses a fundamental question—when, if ever, is it acceptable to lie?—to explore a vast intellectual and historical terrain. In doing so, he gives us one of the most subtle and penetrating briefs I have read for the importance of medieval thought for modern efforts to understand ethics, politics, and conscience. I read this book with enormous delight."—Jonathan Sheehan, author of The Enlightenment Bible