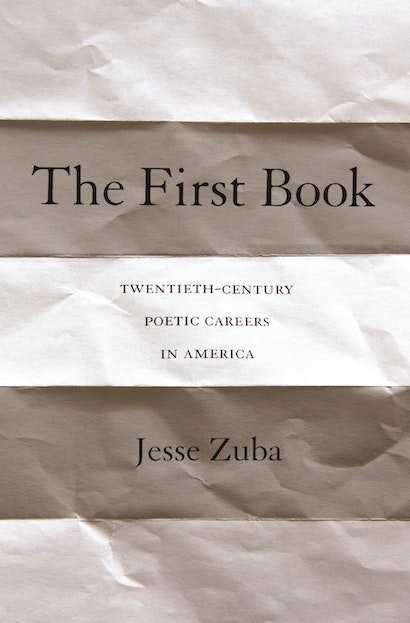 “We have many poets of the First Book,” the poet and critic Louis Simpson remarked in 1957, describing a sense that the debut poetry collection not only launched the contemporary poetic career but also had come to define it. Surveying American poetry over the past hundred years, The First Book explores the emergence of the poetic debut as a unique literary production with its own tradition, conventions, and dynamic role in the literary market. Through new readings of poets ranging from Wallace Stevens and Marianne Moore to John Ashbery and Louise Glück, Jesse Zuba illuminates the importance of the first book in twentieth-century American literary culture, which involved complex struggles for legitimacy on the part of poets, critics, and publishers alike.

Zuba investigates poets’ diverse responses to the question of how to launch a career in an increasingly professionalized literary scene that threatened the authenticity of the poetic calling. He shows how modernist debuts evoke markedly idiosyncratic paths, while postwar first books evoke trajectories that balance professional imperatives with traditional literary ideals. Debut titles ranging from Simpson’s The Arrivistes to Ken Chen’s Juvenilia stress the strikingly pervasive theme of beginning, accommodating a new demand for career development even as it distances the poets from that demand.

Combining literary analysis with cultural history, The First Book will interest scholars and students of twentieth-century literature as well as readers and writers of poetry.

"A fascinating story of poetic debuts. With nuanced understanding as well as clear-eyed realism, Jesse Zuba traces the self-fashioning that goes into the making of careers, allowing poets to strike a delicate balance between institutional demands and personal aspirations."—Wai Chee Dimock, Yale University

"The First Book combines social theory, cultural and publishing history, and close attention to individual poems to argue that notions of the poet's career, or the poet's profession, have shaped poems, books, and poetic oeuvres in the American twentieth century in ways that prior critics have not seen. Zuba's claims are true, new, and important."—Stephen Burt, Harvard University

"Exploring the professionalization of poetic culture over the last hundred years, The First Book represents a confluence of often mutually exclusive kinds of excellence: Zuba is at once an adept close reader of poems, a scrupulous literary historian, a curator of cultures popular and unpopular, and synthesizer of sophisticated critical thinking. Even more rarely, Zuba writes with a quietly stylistic panache that makes The First Book an uncommon pleasure to read."—James Longenbach, University of Rochester