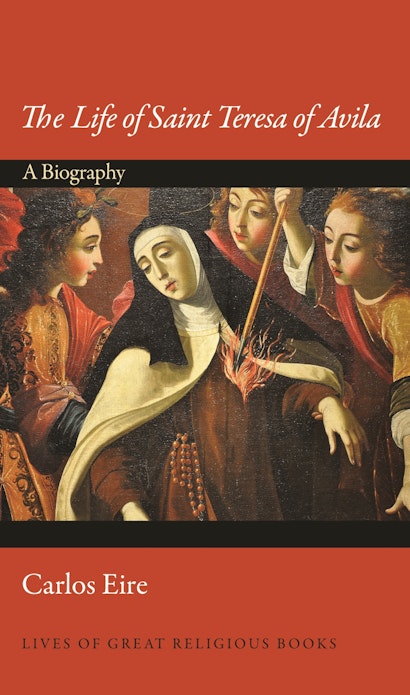 The Life of Saint Teresa of Avila is among the most remarkable accounts ever written of the human encounter with the divine. The Life is not really an autobiography at all, but rather a confession written for inquisitors by a nun whose raptures and mystical claims had aroused suspicion. Despite its troubled origins, the book has had a profound impact on Christian spirituality for five centuries, attracting admiration from readers as diverse as mystics, philosophers, artists, psychoanalysts, and neurologists. How did a manuscript once kept under lock and key by the Spanish Inquisition become one of the most inspiring religious books of all time?

National Book Award winner Carlos Eire tells the story of this incomparable spiritual masterpiece, examining its composition and reception in the sixteenth century, the various ways its mystical teachings have been interpreted and reinterpreted across time, and its enduring influence in our own secular age. The Life became an iconic text of the Counter-Reformation, was revered in Franco’s Spain, and has gone on to be read as a feminist manifesto, a literary work, and even as a secular text. But as Eire demonstrates in this vibrant and evocative book, Teresa’s confession is a cry from the heart to God and an audacious portrayal of mystical theology as a search for love.

Here is the essential companion to the Life, one woman’s testimony to the reality of mystical experience and a timeless affirmation of the ultimate triumph of good over evil.

Carlos Eire is the T. L. Riggs Professor of History and Religious Studies at Yale University. His many books include the bestselling memoir Waiting for Snow in Havana, which won the National Book Award for nonfiction; Reformations: The Early Modern World, 1450–1650; and A Very Brief History of Eternity (Princeton). He lives in Guilford, Connecticut. 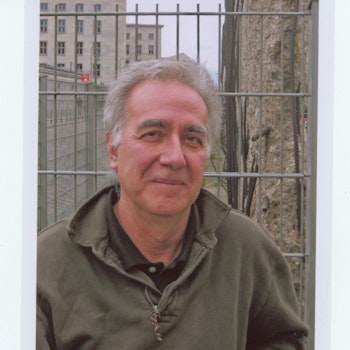 "Eire provides an enthralling exploration of the life and influence of an important historical work."—Publishers Weekly

"Carlos Eire relates this story with commendable lightness of touch. In his hands there is nothing suspicious or frightening about Teresa’s interior life with angels and demons, and the reader is given a quasi-divine reassurance that it really doesn’t matter if those modern theoretical interpretations are too abstruse to be readily understood."—Stella Fletcher, Times Literary Supplement

"This is an important . . . tribute to a great saint by an intelligent, erudite and humane author."—Alexander Jolliffe, Catholic Herald

"The Vida is Teresa’s attempt to come to grips with her visionary experiences, mainly between 1554 and 1565, but within the context of an apologetic or forced confession so that the authorities could examine her writings for fraud, challenge to authority and orthodoxy. The challenge to readers then, and even more so now, is her unquestioning assumption and experience that ‘human beings can transcend the sensory material world and have intimate relations with the Creator of the universe.’"—Paradigm Explorer

"Carlos Eire has written an excellent introduction to The Life of Saint Teresa of Avila. Written in his clear, accessible and lively prose, Eire places the sixteenth-century Spanish nun’s life into each of the contexts a reader would need to engage her mystical writings."—Marc R. Forster, Journal of Ecclesiastical History

“Carlos Eire analyzes Teresa of Avila’s Life and chronicles its reception from the late sixteenth century to the present with profound erudition, insight, and conviction. His carefully documented survey of trends in editing, translation, and artistic production makes a significant contribution to the history of the book and readership, as well as women’s writing, spirituality, and the Catholic intellectual tradition.”—Jodi Bilinkoff, author of The Avila of Saint Teresa: Religious Reform in a Sixteenth-Century City

"Carlos Eire leads readers expertly and learnedly through the composition of the Life and its fortunes over the centuries. Not only does he slice, dice, and classify with the skill of a medieval theologian, he does so with the wit of a philosophe and with an unusually sensitive understanding of the mystical Teresa. I loved this book even more than I expected I would."—Craig Harline, author of A World Ablaze: The Rise of Martin Luther and the Birth of the Reformation

"Carlos Eire's brilliant account of the creation, meaning, and subsequent history of Teresa of Avila's autobiography deftly examines the historical, theological, artistic, and cultural aspects of what is perhaps the most famous presentation of a mystical life in the Christian literary canon."—Bernard McGinn, University of Chicago

“Eire has an uncanny ability to write scholarly work in an engaging and accessible style. He knows how to get to the heart of the matter. This is the story of a mystic and her book but also a story of how reactions to extreme religious experiences have changed—and been deployed—over centuries.”—Alison Weber, author of Teresa of Avila and the Rhetoric of Femininity