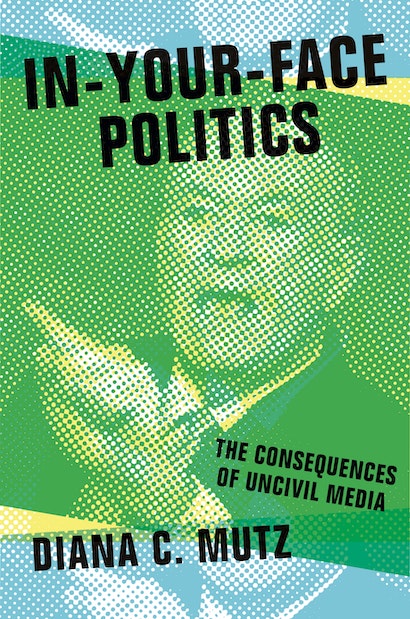 Americans are disgusted with watching politicians screaming and yelling at one another on television. But does all the noise really make a difference? Drawing on numerous studies, Diana Mutz provides the first comprehensive look at the consequences of in-your-face politics. Her book contradicts the conventional wisdom by documenting both the benefits and the drawbacks of in-your-face media.

“In-your-face” politics refers to both the level of incivility and the up-close and personal way that we experience political conflict on television. Just as actual physical closeness intensifies people’s emotional reactions to others, the appearance of closeness on a video screen has similar effects. We tend to keep our distance from those with whom we disagree. Modern media, however, puts those we dislike in our faces in a way that intensifies our negative reactions. Mutz finds that incivility is particularly detrimental to facilitating respect for oppositional political viewpoints and to citizens’ levels of trust in politicians and the political process. On the positive side, incivility and close-up camera perspectives contribute to making politics more physiologically arousing and entertaining to viewers. This encourages more attention to political programs, stimulates recall of the content, and encourages people to relay content to others.

In the end, In-Your-Face Politics demonstrates why political incivility is not easily dismissed as a disservice to democracy—it may even be a necessity in an age with so much competition for citizens’ attention.

Diana C. Mutz is the Samuel A. Stouffer Professor of Political Science and Communication at the University of Pennsylvania, where she serves as director of the Institute for the Study of Citizens and Politics at the Annenberg Public Policy Center. Her books include Population-Based Survey Experiments (Princeton), Hearing the Other Side, and Impersonal Influence. She is a member of the National Academy of Sciences. 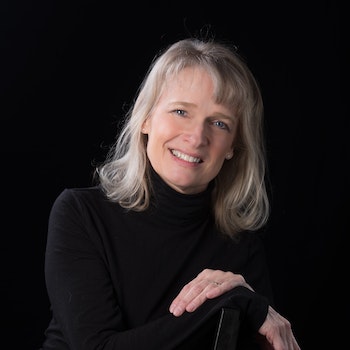 "With ample humor and sufficient exposition for a lay audience, she conducts and analyzes a series of experiments carefully crafted to study how extreme close-ups and uncivil behavior in political TV affect the public discourse. . . . An approachable yet scientifically rigorous look at what passes for political discourse in America."—Kirkus

"This book is likely to join Mutz's previous work as an indispensable contribution to the political communication and psychology literatures. . . . It is probably a rare thing to call an academic text entertaining, but Mutz has been among my favorite scholars to read, and this book was no exception. Balancing thoroughness with accessibility, the writing will satisfy serious academics while appealing to a more general audience. The book should serve as a model for anyone who wants to do good political science and write about it in a clear and personable manner."—Bryan T. Gervais, Public Opinion Quarterly

"In In-Your-Face Politics, Diana C. Mutz's innovative approach to a controversial topic has produced a variety of fascinating insights. . . . An exciting and impressive addition to the political television literature. Although many have ranted about political television, Professor Mutz generated the elusive evidence required to elevate our conversation. The result is a book that should be read by all serious students of political television."—Craig Allen Smith, Congress & the Presidency

"This book is a must-read for scholars of political communication, and for that matter anyone concerned with the lack of civility in our political discourse. . . . Expertly combining studies using multiple methods—lab experiments, survey research, and content analysis—Mutz examines the rise and implications of incivility on our TVs and thus in our politics."—Kyle Mattes and David P. Redlawsk, Perspectives on Politics

"Uncivil political behavior and associated concerns about the effects of incivility on democracy makes Diana C. Mutz's latest contribution to the field, In-Your-Face Politics: The Consequences of Uncivil Media, compelling and timely. . . . Mutz lays out the rigorous research of In-Your-Face Politics with clear and often humorous writing that balances accessibility for non-specialists with engaging and thorough coverage for those working in the field. . . . An important work."—Z. Hall, Journal of Global Analysis

"More Americans get their news from audiovisual channels than ever before, and In-Your-Face Politics shows why the practice of democracy is suffering as a result. Mutz impressively reveals how visual news formats tend to polarize partisans and diminish trust in government. So long as engaging citizen attention remains a central challenge of democratic governance, her book offers a warning and a way forward that anyone concerned about the future of news would do well to heed."—Scott L. Althaus, University of Illinois, Urbana-Champaign

"In this compelling, entertaining, and evidence-driven work, one of the world's foremost specialists on political communication explores the fact that people mistakenly but understandably apply traditional, in-person norms of social interaction to televised political content. By elucidating the consequences of this mismatch, Mutz fundamentally alters our basic understanding of the political arena."—John R. Hibbing, coauthor of Predisposed: Liberals, Conservatives, and the Biology of Political Differences

"In-Your-Face Politics is political science at its best. Mutz combines wit and humor, historical perspective, and rigorous science to show that incivility on televised political programs increases people's interest in and knowledge about politics, although at the cost of weakening their trust in government. 'Ultimately,' Mutz concludes, 'we are left with the dilemma of how to create political programming that is both interesting and informative to watch, yet not likely to damage public attitudes in a significant way.' This book should be required reading for legislators, members of the media, and citizens who value informed public engagement."—James H. Kuklinski, University of Illinois, Urbana-Champaign

"This book is a model of exemplary social science: it investigates a politically salient issue, exploits an arsenal of methodological issues, and is written in a lucid and lively style. An entertaining and instructive study of politics and media, and the effects of mass communications and close-up camera perspectives, it will interest political scientists and all those concerned with public affairs."—Paul Sniderman, Stanford University

"With the rise of increasingly aggressive presentations in media outlets—talk radio, TV, and the web—In-Your-Face Politics is a timely work. Employing a rich array of data using multiple methods, this book is first rate, well done, and likely to be influential."—George E. Marcus, Williams College