A concise and accessible history of decolonization in the twentieth century 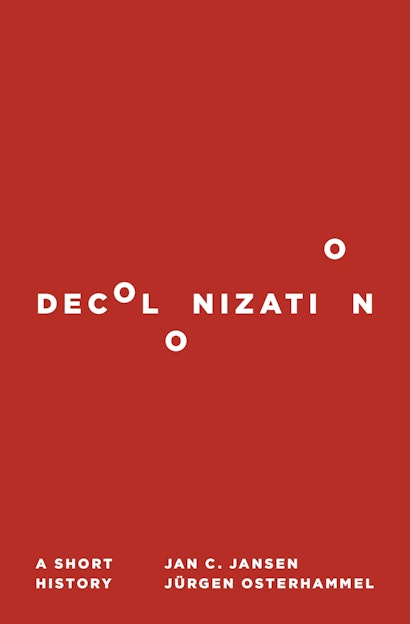 The end of colonial rule in Asia, Africa, and the Caribbean was one of the most important and dramatic developments of the twentieth century. In the decades after World War II, dozens of new states emerged as actors in global politics. Long-established imperial regimes collapsed, some more or less peacefully, others amid mass violence. This book takes an incisive look at decolonization and its long-term consequences, revealing it to be a coherent yet multidimensional process at the heart of modern history.

Jan Jansen and Jürgen Osterhammel trace the decline of European, American, and Japanese colonial supremacy from World War I to the 1990s. Providing a comparative perspective on the decolonization process, they shed light on its key aspects while taking into account the unique regional and imperial contexts in which it unfolded. Jansen and Osterhammel show how the seeds of decolonization were sown during the interwar period and argue that the geopolitical restructuring of the world was intrinsically connected to a sea change in the global normative order. They examine the economic repercussions of decolonization and its impact on international power structures, its consequences for envisioning world order, and the long shadow it continues to cast over new states and former colonial powers alike.

Concise and authoritative, Decolonization is the essential introduction to this momentous chapter in history, the aftershocks of which are still being felt today.

Jan C. Jansen is a research fellow at the German Historical Institute in Washington, DC. Jürgen Osterhammel is professor of modern and contemporary history at the University of Konstanz. He is a recipient of the Gottfried Wilhelm Leibniz Prize, Germany's most prestigious academic award. His books include The Transformation of the World: A Global History of the Nineteenth Century (Princeton).

"A crisp and concise account. An invaluable part of their contribution is their skillful synthesis of the mass of available literature. For those looking for a compact and lucid account of why decolonization occurred, and what is meant, this is the place to start."—Krishan Kumar, Times Literary Supplement

"This clear, concise, and new interpretation will be welcomed by students, scholars, and general readers interested in one of the most defining and consequential developments of the 20th century."—Publishers Weekly

"This is a work not only valuable for its discussion of the topic, but for placing it in a context sorely needed in today's hydra-headed discussions of the term and the word from which it is derived. . . . Perhaps this book’s greatest virtue is reminding us of what a global phenomenon it was by concentrating on the vast French colonial empire, as well as the Portuguese, German, Japanese and, yes, American realms."—Martin Rubin, Washington Times

"First rate. . . . A concise history of the end of the colonial enterprise, analyzing the political and economic dynamics of decolonization and its implications for Africa and the Caribbean. . . . [They] usefully distinguish between the nationalist and the anticolonial ideologies that started to emerge prior to World War II [and] nicely contrast the clear break with colonialism represented by political independence with the fuzzier continuity that has characterized economic relations between ex-colonies and their former rulers."—Nicolas van de Walle, Foreign Affairs

"[Decolonization: A Short History] offers a succinct, highly accessible survey of these and other issues. It does not advance a single, unified explanatory framework; indeed, it cautions against facile generalizations by highlighting the variety of decolonialization experiences, offering insightful examples to illustrate its main points. It is well documented, providing extensive sources enabling the reader to follow up on the wide range of topics it addresses."—Choice

"Decolonization is a very good survey of the subject of the end of colonial imperialism. In line with a multifaceted historiography, it encourages us to move beyond political histories of decolonization without downplaying the importance of politics."—Abou B. Bamba, World History Connected

"[This book] constitutes not only an ideal introduction for the undergraduate student, but also a wide-ranging survey that is useful to scholars, even perhaps those who have contributed to the field. . . . A remarkably useful book which will inform countless university essays as well as providing bouncing-off points for further research and publications. The authors modestly describe it as a historical essay which is designed to be an introductory survey. That does not do justice to its strikingly thoughtful approach and the wealth of ideas that are compressed into its pages."—John M. MacKenzie, The Journal of Imperial and Commonwealth History

"The scope of this book, in short, is impressive. Jansen and Osterhammel adroitly navigate both the individual stories of different countries and empires and the broader scholarly debates that encompass those stories. Decolonization: A Short History is an invaluable contribution to the field of decolonization history, a quintessential introduction to the end of empire for students and scholars alike."—Jessica Lynne Pearson, H-France Review

"The seven chapters achieve a rich synthesis that makes this book valuable for specialized undergraduate courses and a thoughtful primer for researchers pursuing new avenues of inquiry into the subfields of decolonization."—Michael Collins, EuropeNow

"This rigorous yet accessible book is perhaps the finest survey anyone has yet offered in this fast-growing field. Jansen and Osterhammel have seemingly read almost everything important in a vast relevant literature but also go far beyond to provide rich stimulus for much future study and thought."—Stephen Howe, University of Bristol

"Jansen and Osterhammel's Decolonization will quickly establish itself as the most penetrating, thoughtful, balanced, and comprehensive short history of decolonization and its consequences. A major contribution to the existing literature."—John Darwin, University of Oxford

"In this remarkably insightful book, Jansen and Osterhammel place the processes of decolonization within their proper framework of anticolonial resistance, European transformations, and the global Cold War."—O. A. Westad, Harvard University

"For those waiting for a nuanced, comprehensive, yet readable account of decolonization in the twentieth century, Jan Jansen and Jürgen Osterhammel provide it here. In six crisp thematic chapters, the authors succeed brilliantly in explaining this complex historical phenomenon for the specialist and general reader alike. A major achievement."—Christopher Goscha, Université du Québec à Montréal

"This accessible synthesis provides an empirically rich and analytically important map of the history and process of decolonization. It is particularly useful in explaining how decolonization intertwined with larger forces of global history across the twentieth century and how decolonization fit within the millennium-old history of empires."—Todd Shepard, author of Voices of Decolonization: A Brief History with Documents

"A very systematic and concise introduction to the key aspects and events of decolonization that takes into account many of the current scholarly debates in the field."—Andreas Eckert, Humboldt University of Berlin

"A succinct introduction to the history of decolonization. This book discusses the various phases of the process as well as its core dimensions, and convincingly concludes that decolonization is arguably the most important historical process of the twentieth century."—Kiran Klaus Patel, author of The New Deal: A Global History