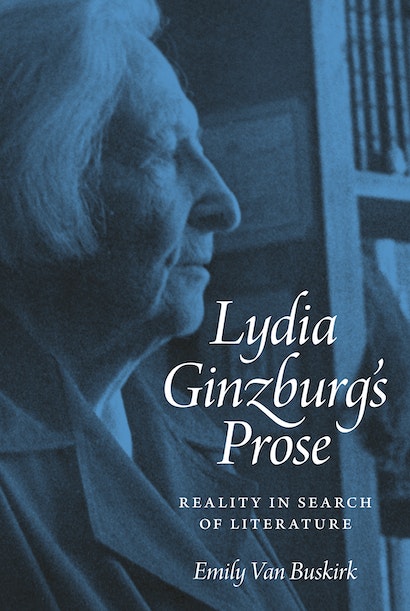 The Russian writer Lydia Ginzburg (1902–90) is best known for her Notes from the Leningrad Blockade and for influential critical studies, such as On Psychological Prose, investigating the problem of literary character in French and Russian novels and memoirs. Yet she viewed her most vital work to be the extensive prose fragments, composed for the desk drawer, in which she analyzed herself and other members of the Russian intelligentsia through seven traumatic decades of Soviet history. In this book, the first full-length English-language study of the writer, Emily Van Buskirk presents Ginzburg as a figure of previously unrecognized innovation and importance in the literary landscape of the twentieth century.

Based on a decade’s work in Ginzburg’s archives, the book discusses previously unknown manuscripts and uncovers a wealth of new information about the author’s life, focusing on Ginzburg’s quest for a new kind of writing adequate to her times. She writes of universal experiences—frustrated love, professional failures, remorse, aging—and explores the modern fragmentation of identity in the context of war, terror, and an oppressive state. Searching for a new concept of the self, and deeming the psychological novel (a beloved academic specialty) inadequate to express this concept, Ginzburg turned to fragmentary narratives that blur the lines between history, autobiography, and fiction.

This full account of Ginzburg’s writing career in many genres and emotional registers enables us not only to rethink the experience of Soviet intellectuals, but to arrive at a new understanding of writing and witnessing during a horrific century.

Emily Van Buskirk is associate professor in the Department of Germanic, Russian, and East European Languages and Literatures at Rutgers University. She is the coeditor of Lydia Ginzburg's Alternative Literary Identities and of a Russian edition of Ginzburg's blockade prose. She is editing a new publication of Ginzburg's Notes from the Leningrad Blockade. 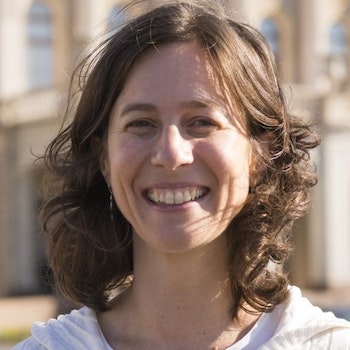 "Particularly welcome is the queer studies dimension of the volume. . . . Those coming to Ginzburg's work for the first time will particularly appreciate the informative biography of the author at the beginning of the book"—Choice

"[Ginzburg] would be pleased by the scholarly effort this book represents and care shown in clarifying her archive, in re-ordering misplaced or even ‘lost' materials, and fascinated by the attempts to glean meaning[s] from every last fragment of her notes and jottings to ‘place’ her in her social, psychological, and historical frames."—Jane Gray Harris, Slavic Review

"This book represents meaningful research in the most profound sense of the word, and for that we owe the author a debt of thanks."—Sarah Pratt, Slavic and East European Journal

"This pathbreaking book, the first full-length intellectual biography of Lydia Ginzburg in any language, distills a decade of archival research into a courageous intimate portrait. Ginzburg was an outsider. A nonconforming Formalist, a lesbian, Jew, and principled atheist, she was above all a survivor. Rejecting individualism as outmoded while disdaining nihilistic or postmodernist solutions as puerile, she devised distanced, cerebral, nonromanticized genres of self-expression to transform her traumatized century into a sort of literary wisdom."—Caryl Emerson, Princeton University

"Lydia Ginzburg, the most brilliant student of the Russian Formalists, kept a low profile during the Stalin era, but then reemerged, first as one of Russia's greatest literary historians and theoreticians, then, in post-Soviet times, as a no less powerful writer. Emily Van Buskirk has combined exhaustive archival research with rare literary sensitivity to explore Ginzburg's nonscholarly creativity. Van Buskirk's chapters on lesbian love, on ‘in-between genres,' and on the transformation of experience, capture the most profound, daring, and innovative aspects of Ginzburg's legacy. This elegantly written book is indispensable for anyone interested in modern Russian culture and in the survival of the human image under barely describable duress."—William Mills Todd III, Harvard University

"Based on both published writings and a personal archive, this study adds a new figure to the literary landscape of the twentieth century: a highly unusual author whose name is known to every Russian intellectual. As one reader put it, ‘Ginzburg gave us the language for understanding ourselves and our milieu.' In her pioneering book, Van Buskirk presents Ginzburg's unique autobiographical writings: a lifelong project of keeping records of her times."—Irina Paperno, University of California, Berkeley