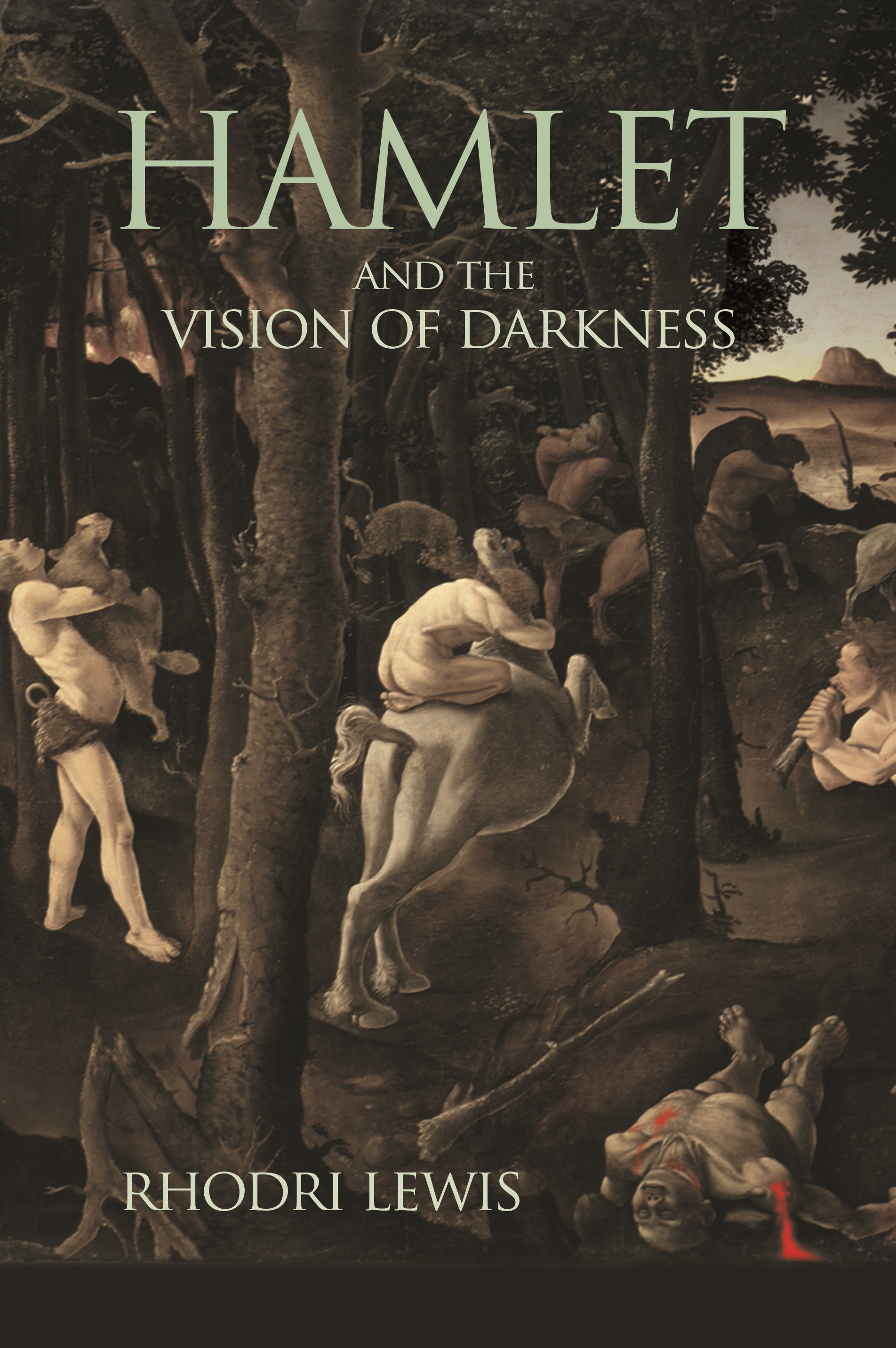 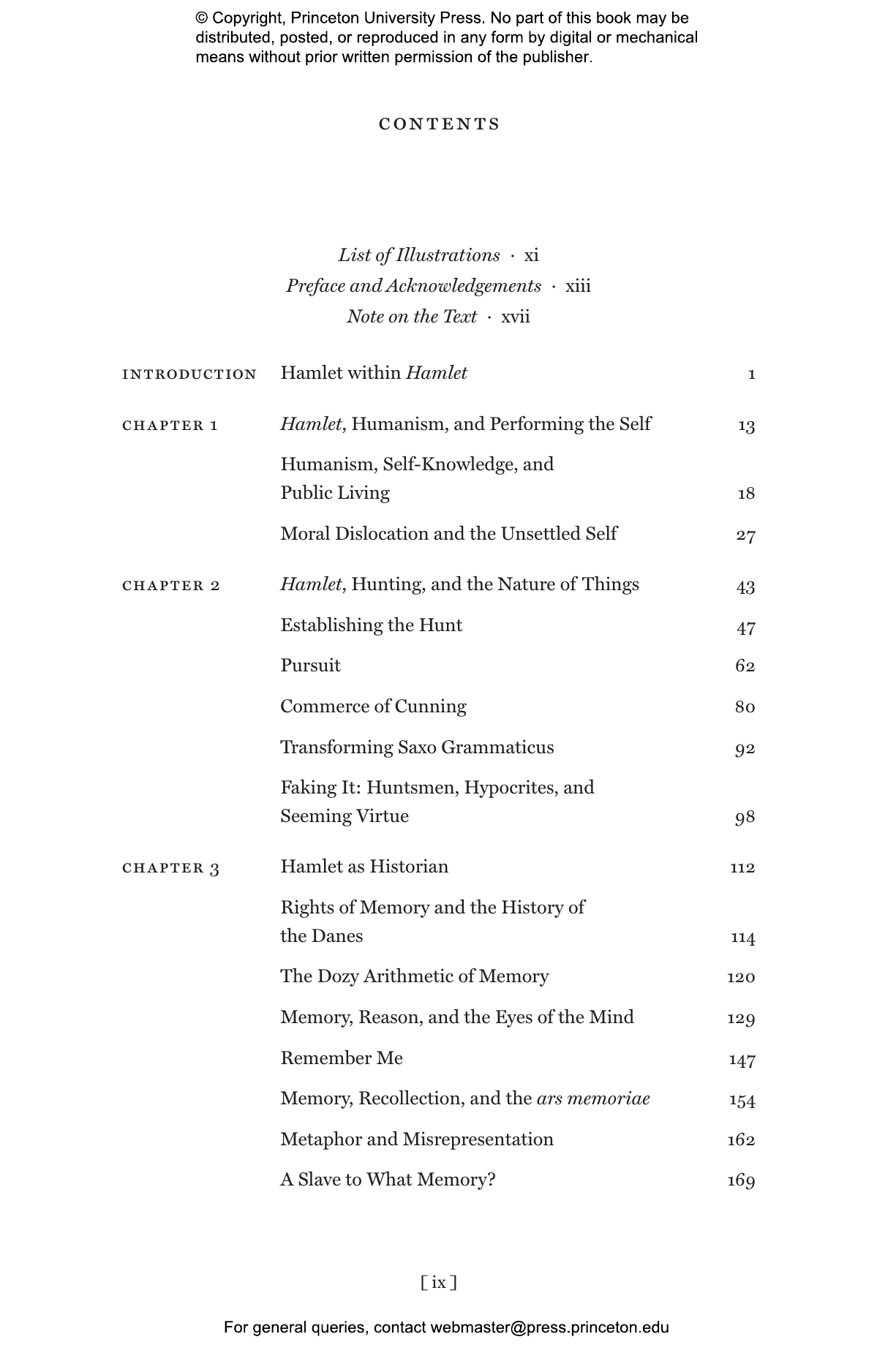 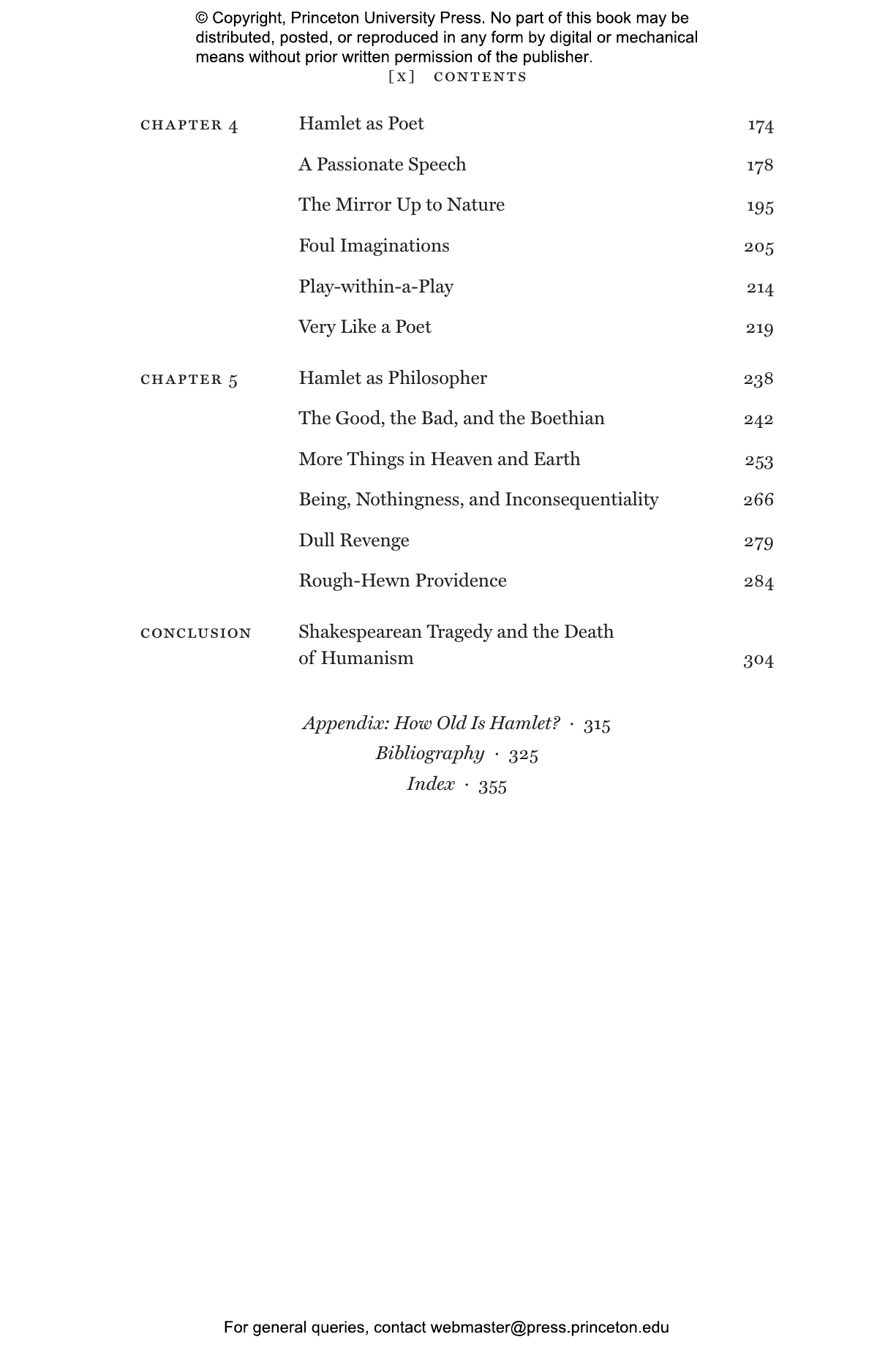 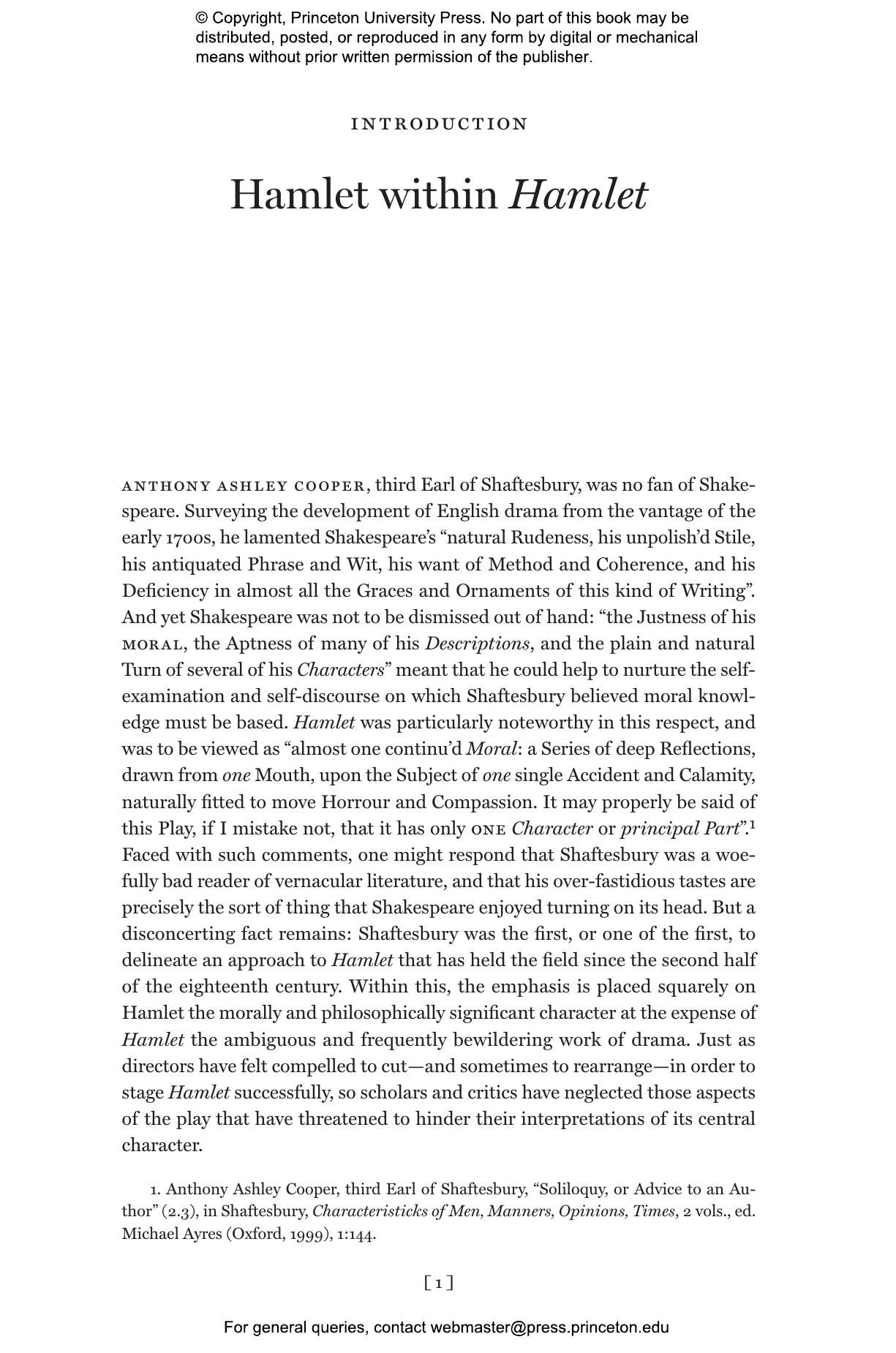 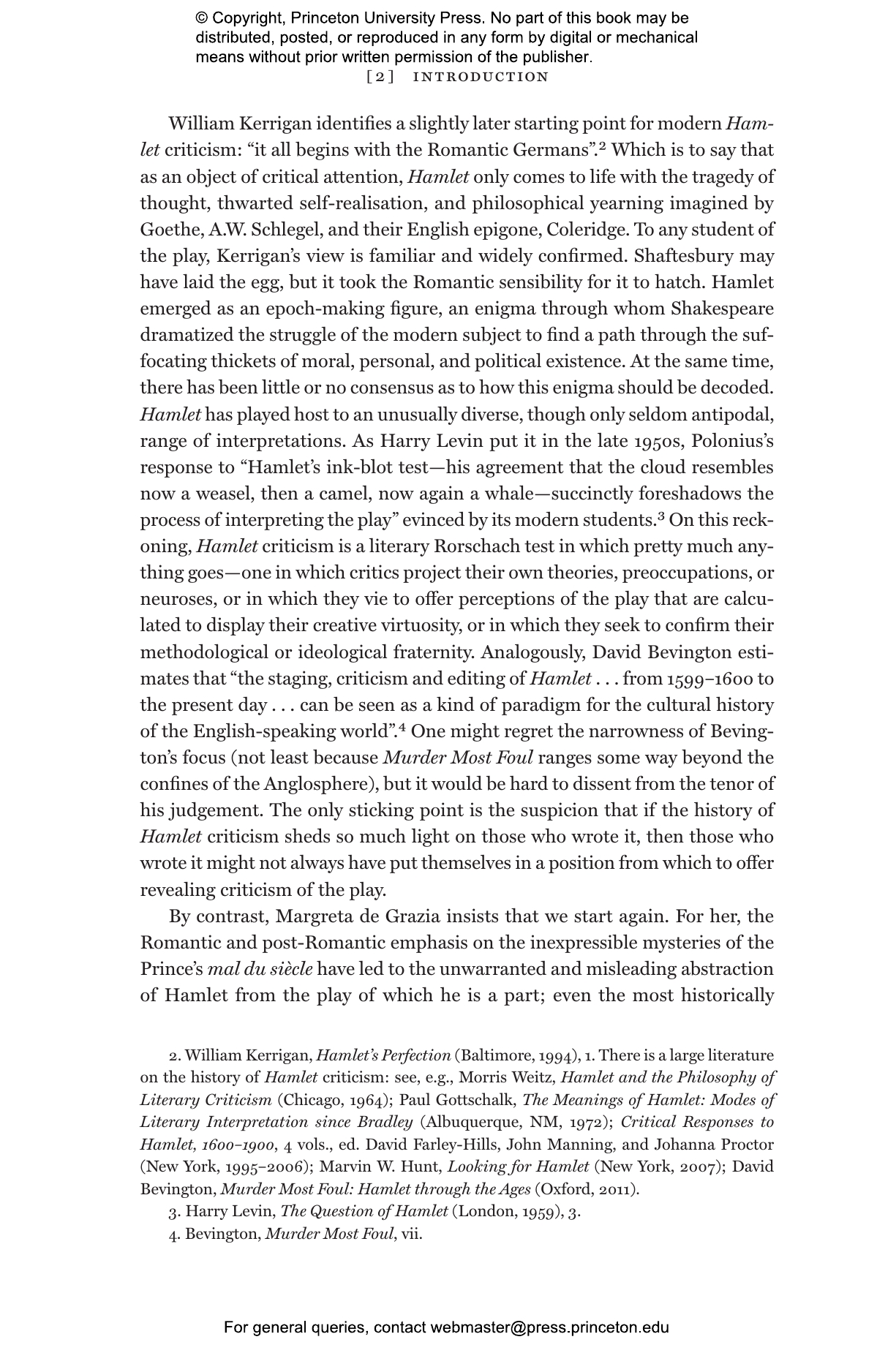 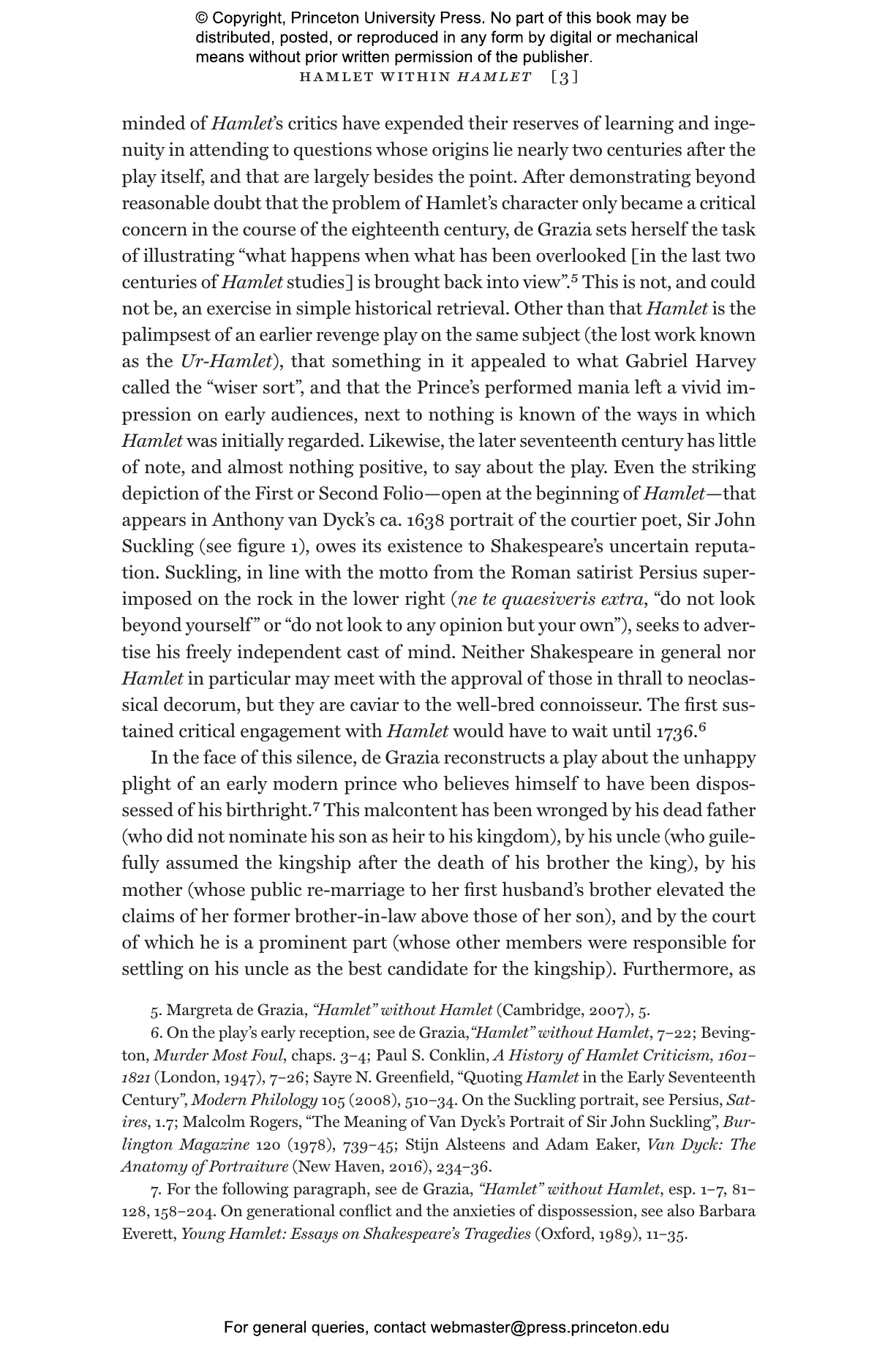 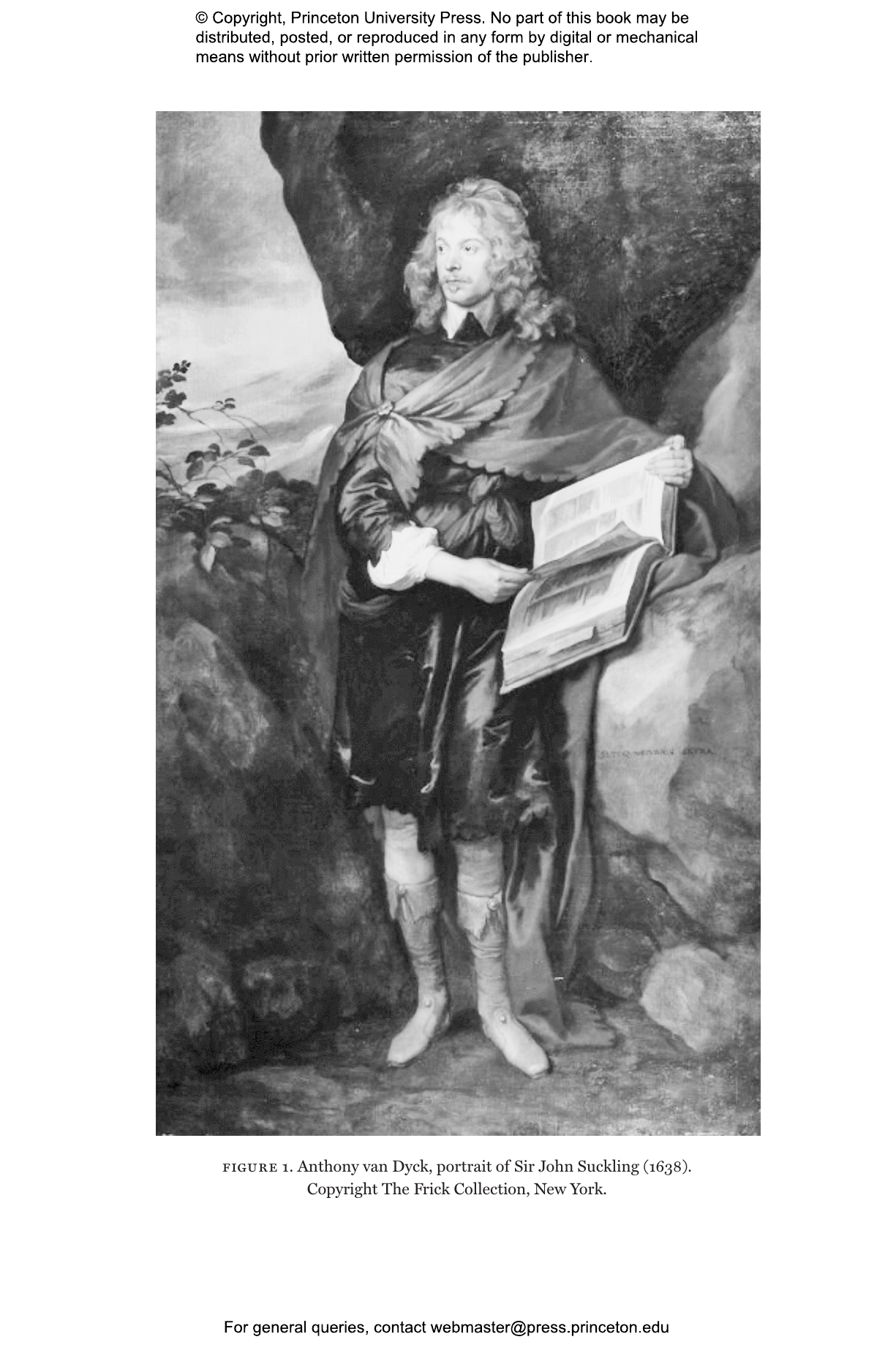 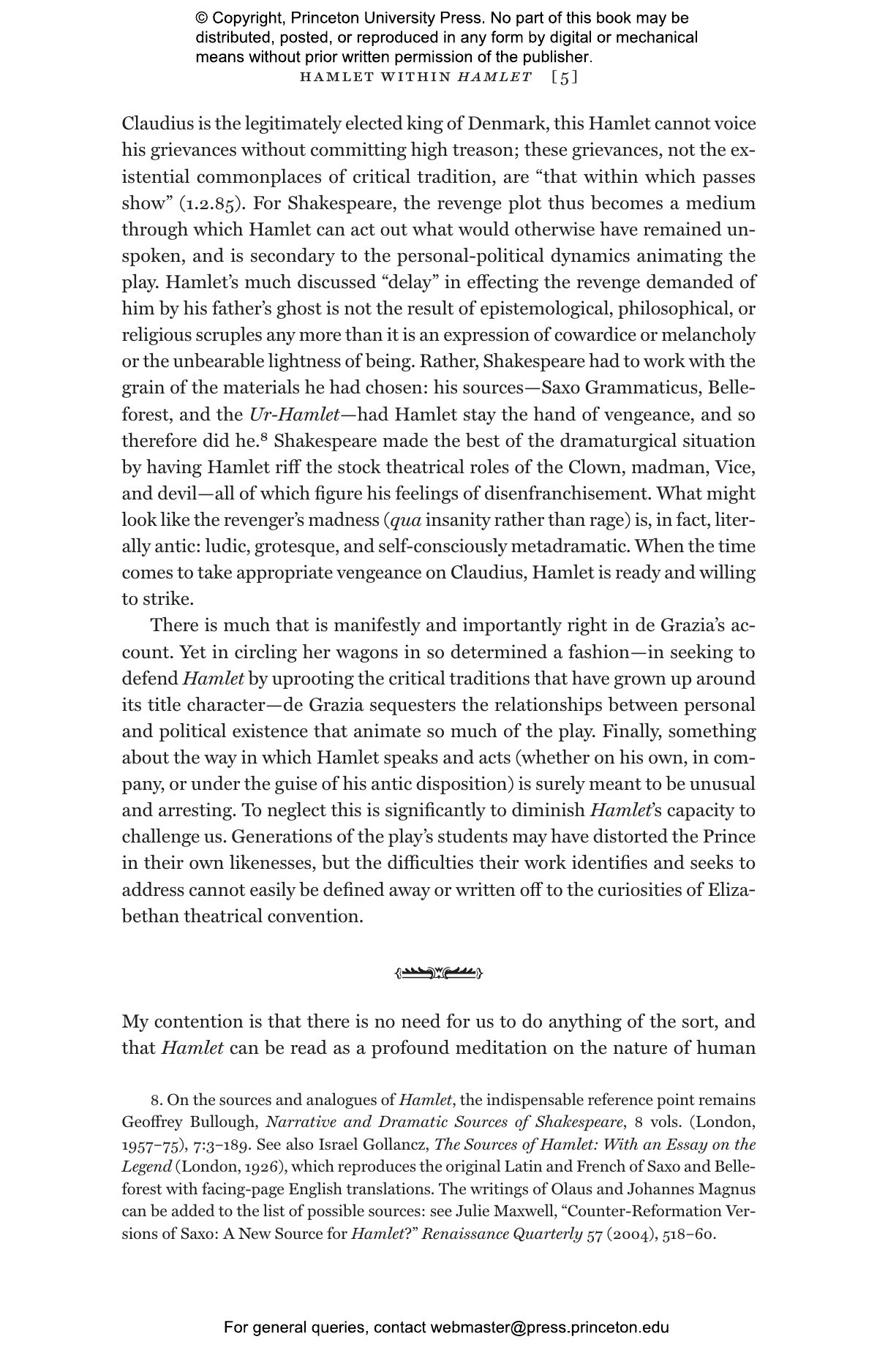 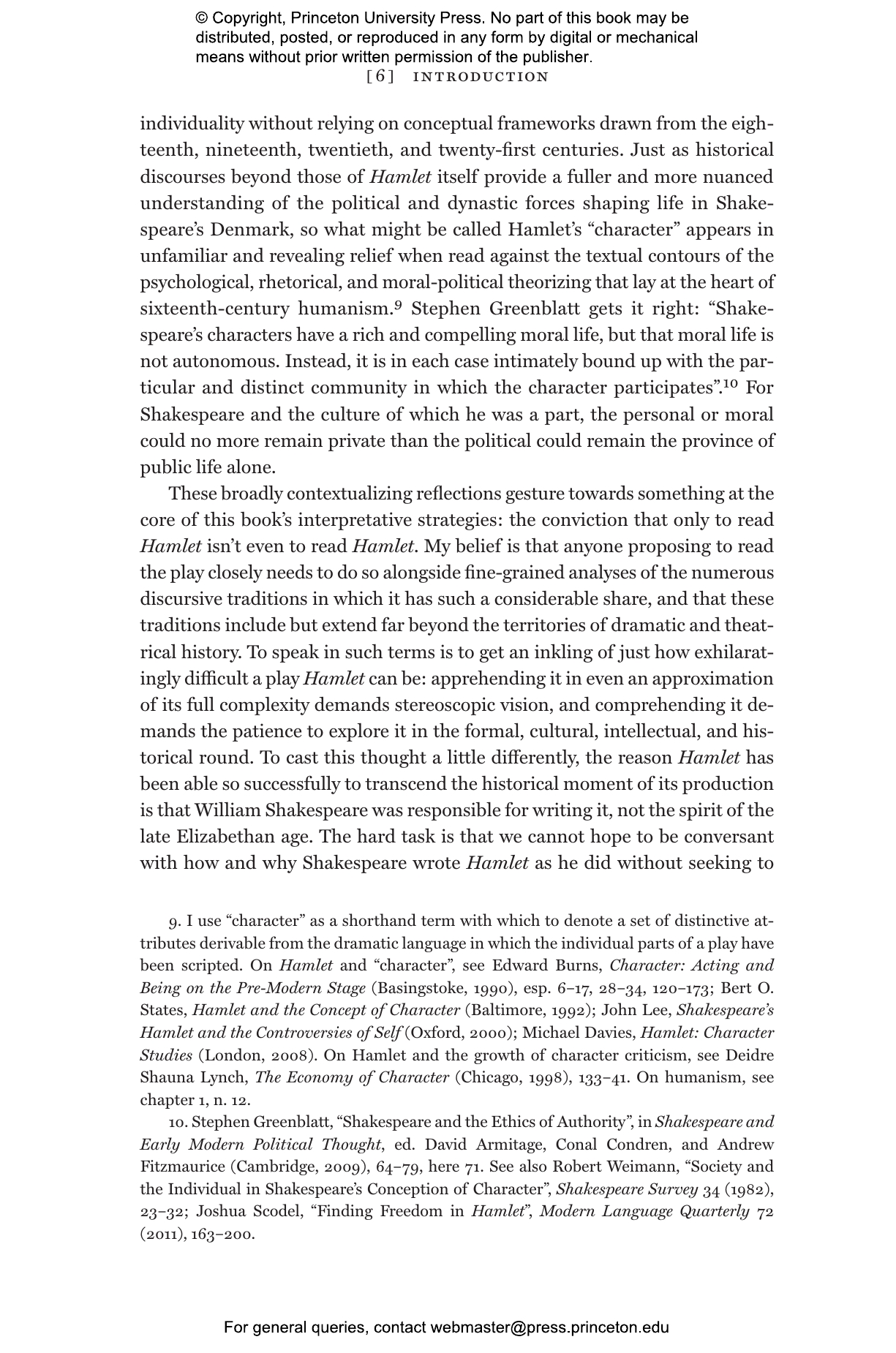 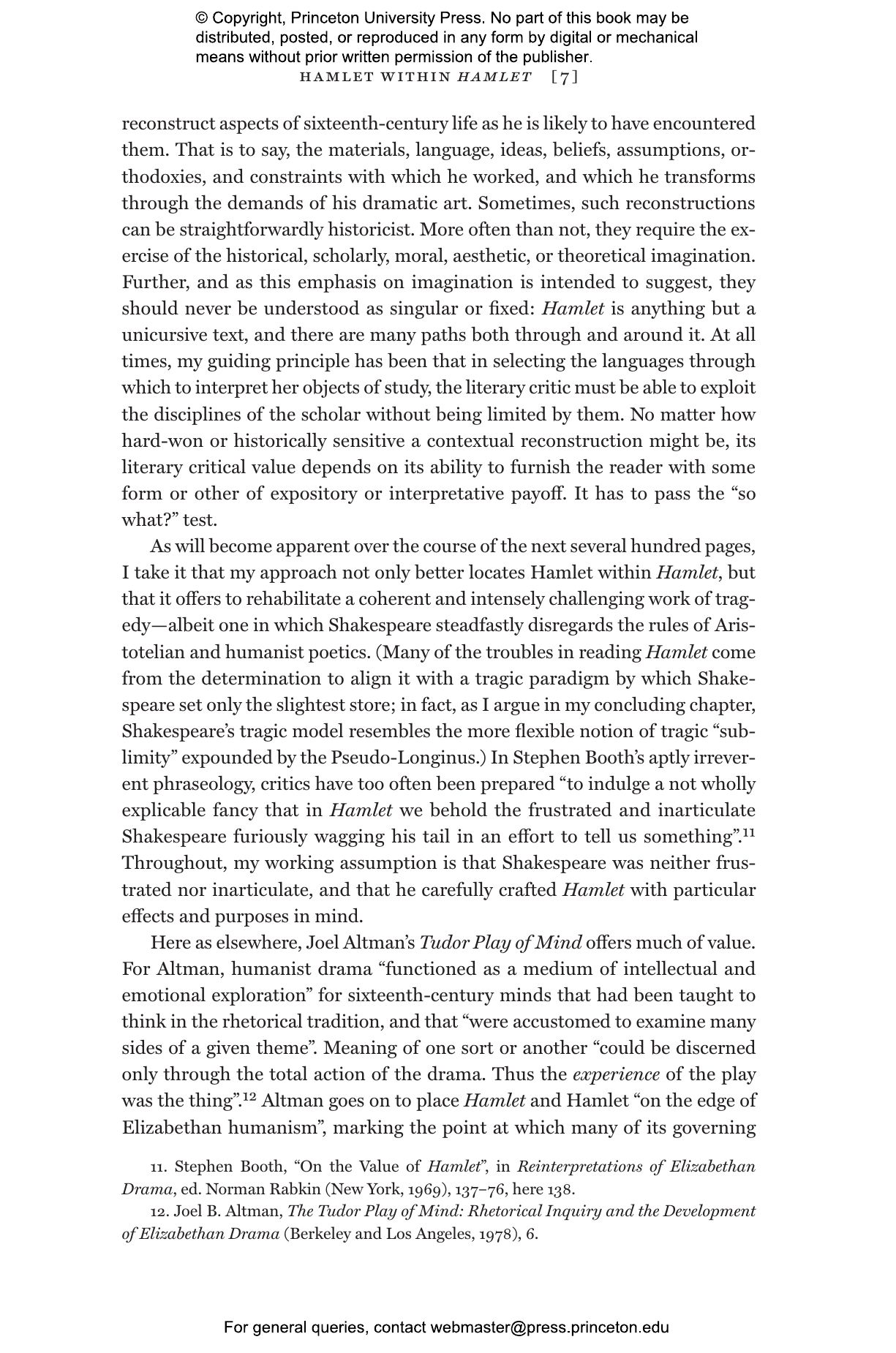 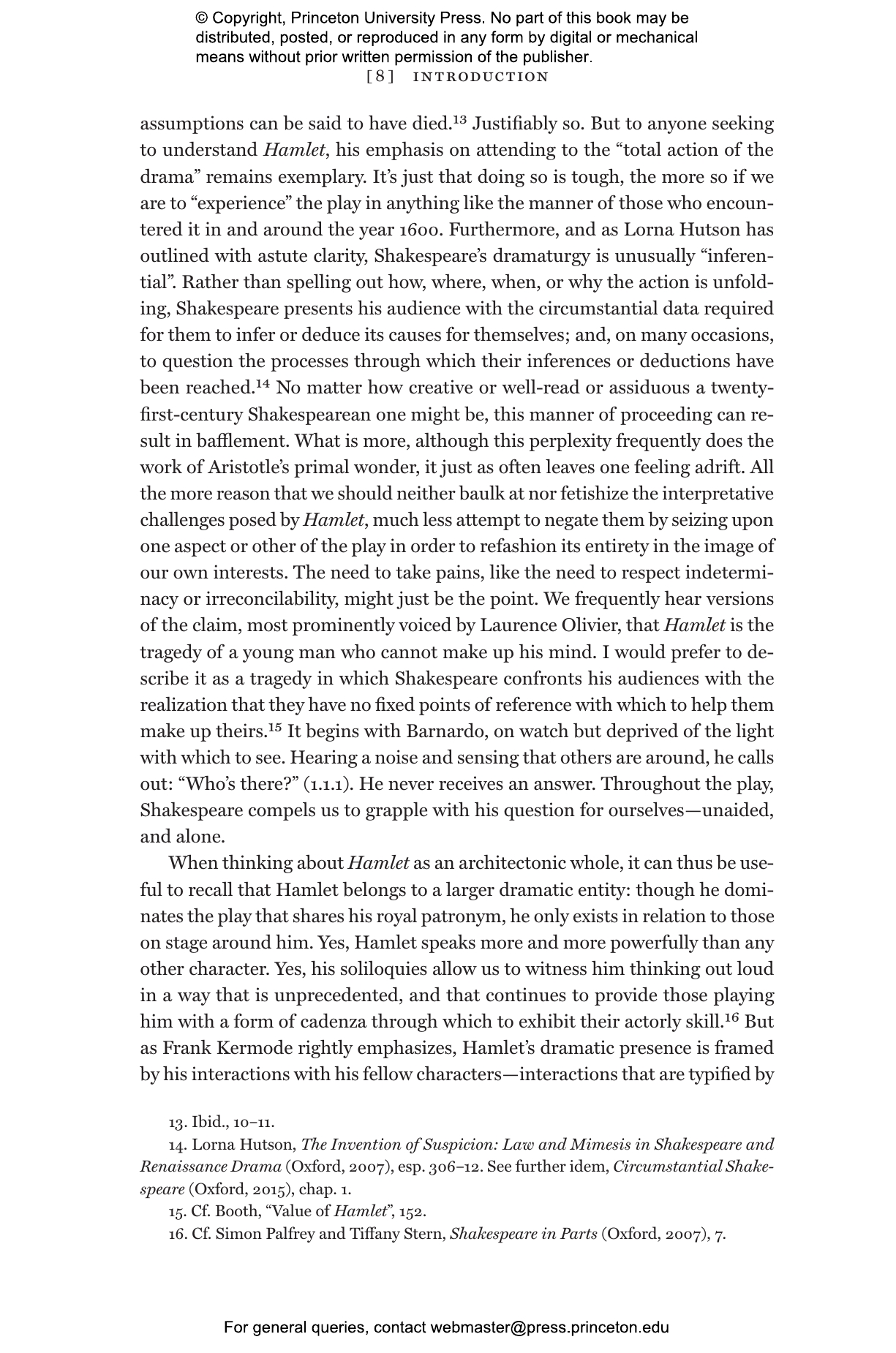 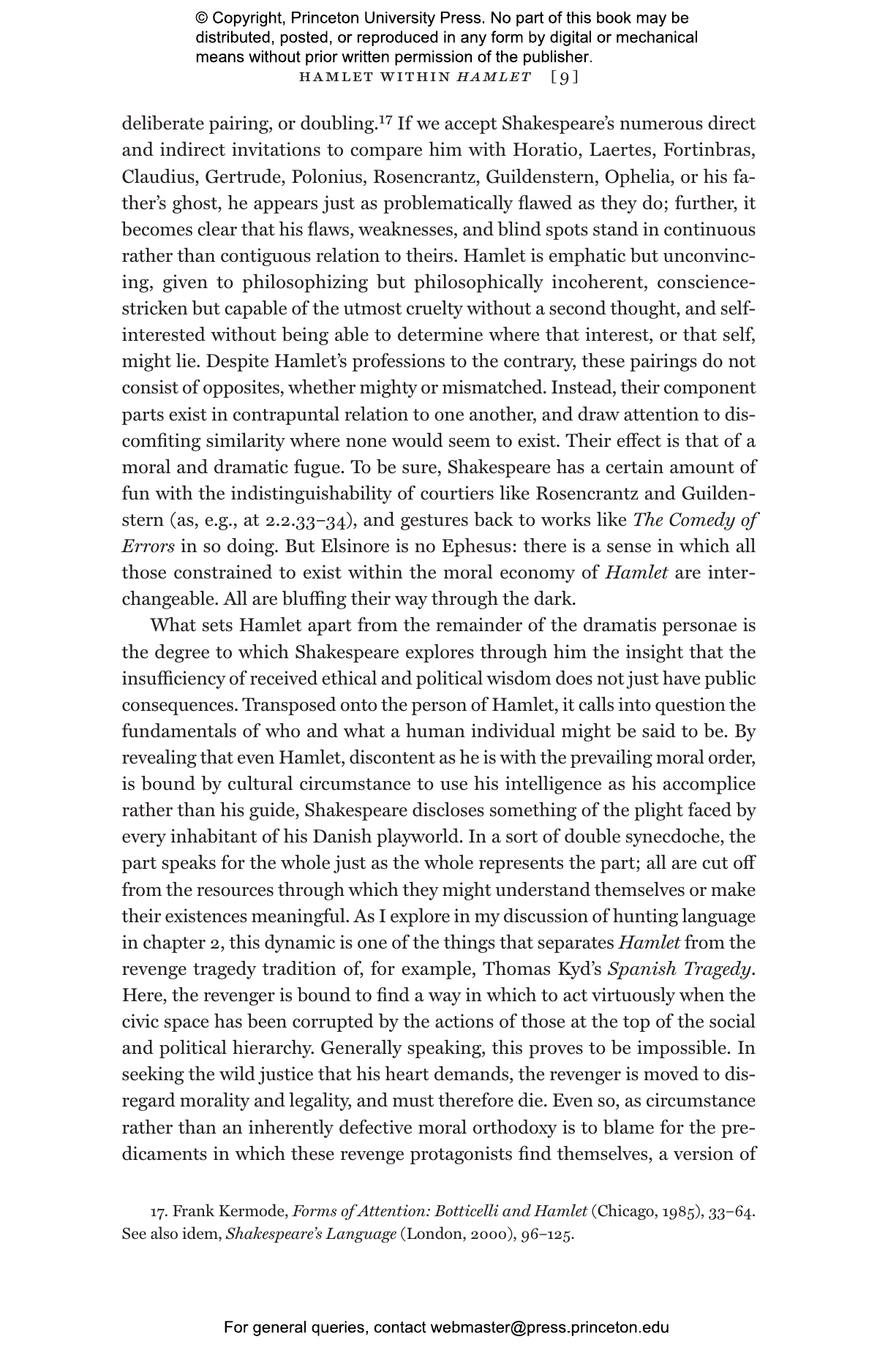 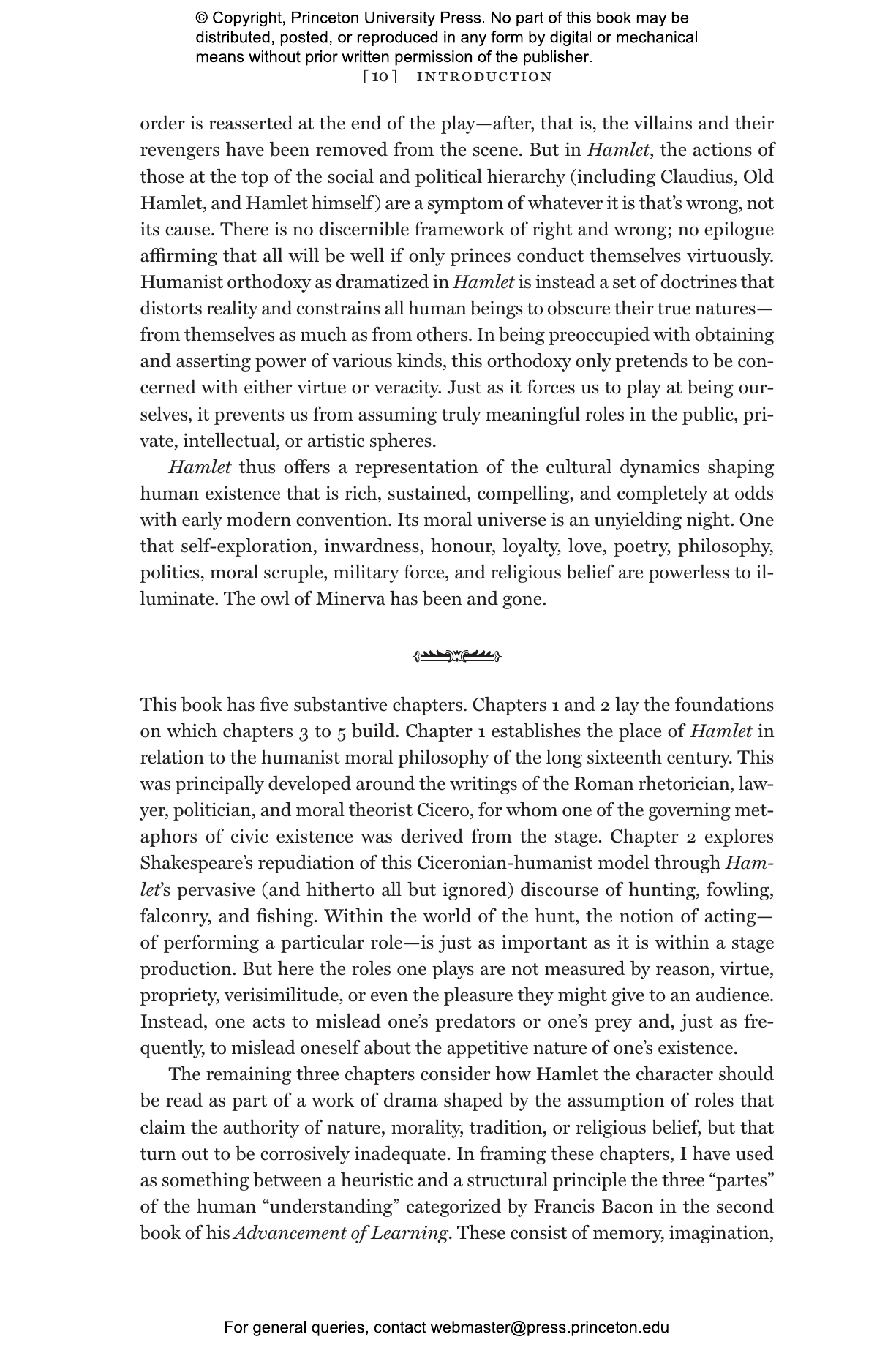 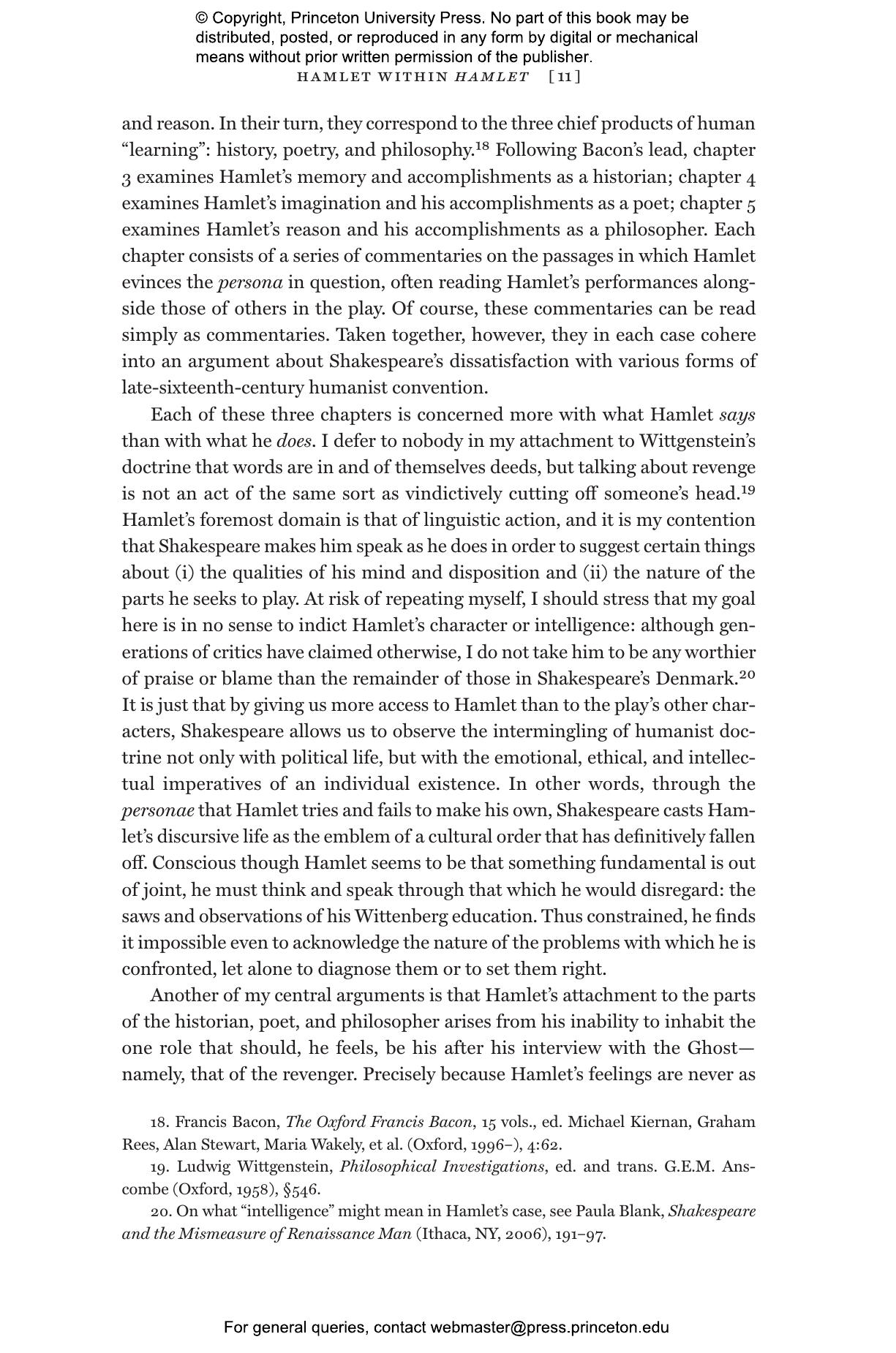 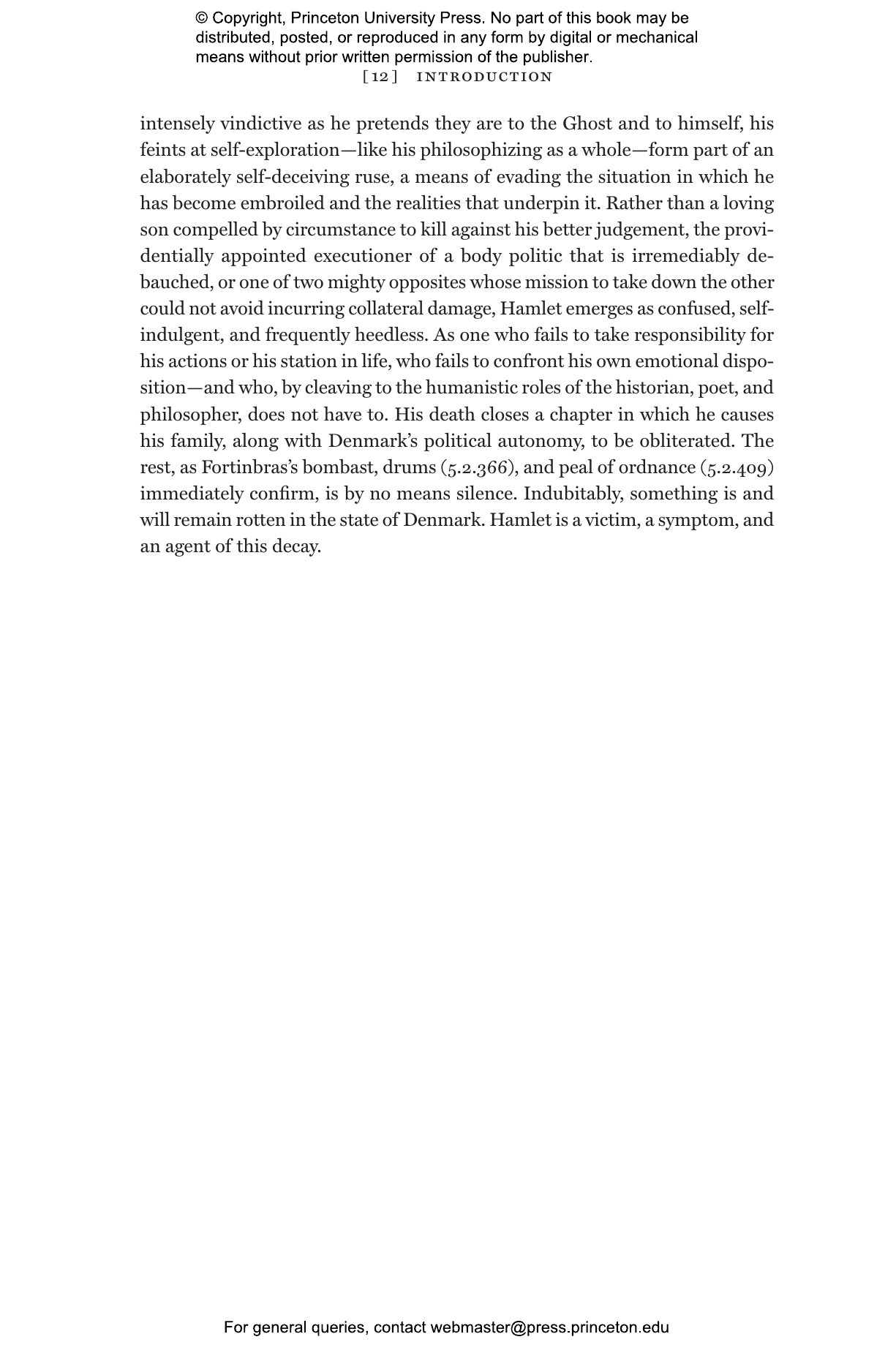 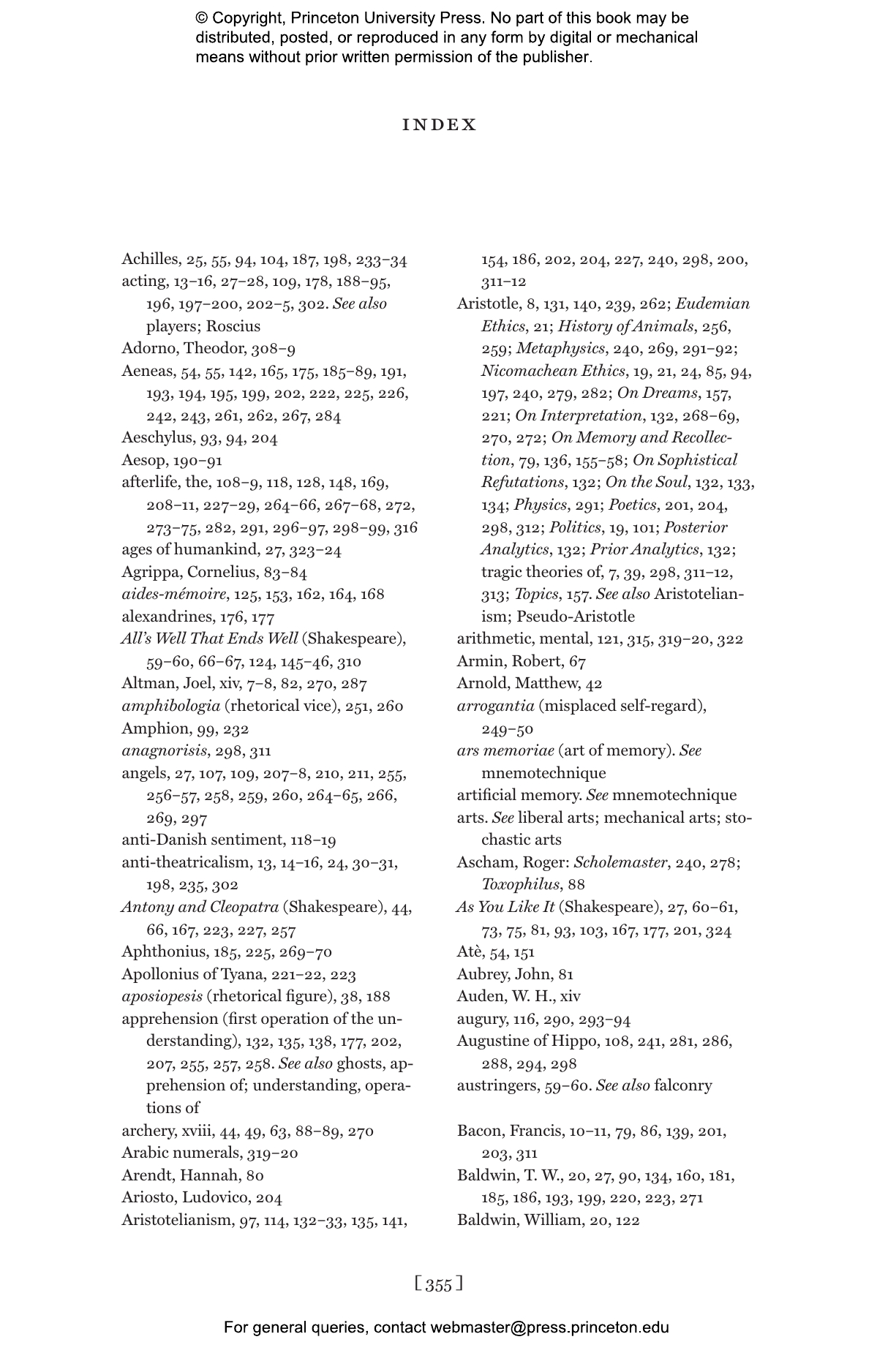 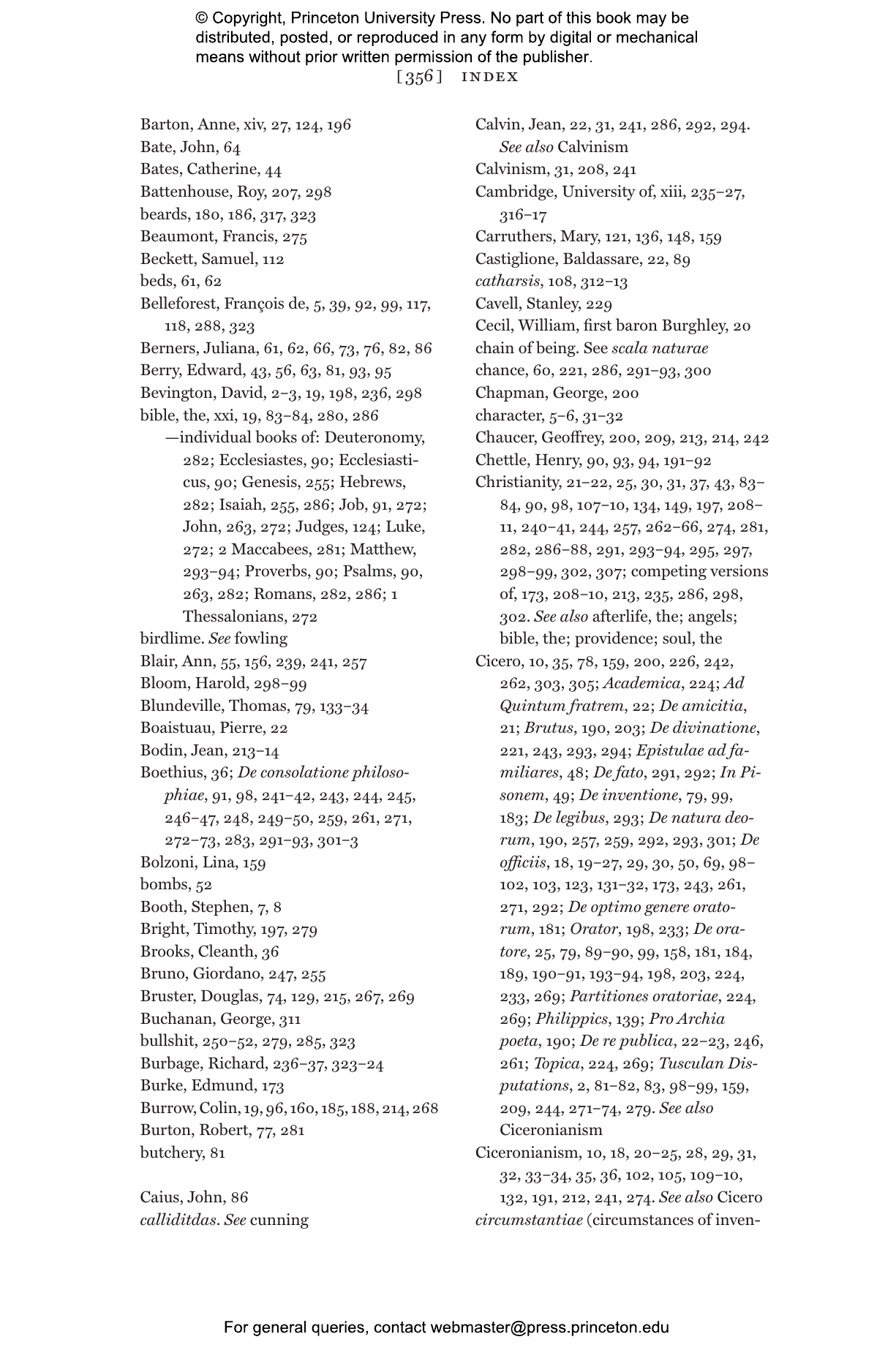 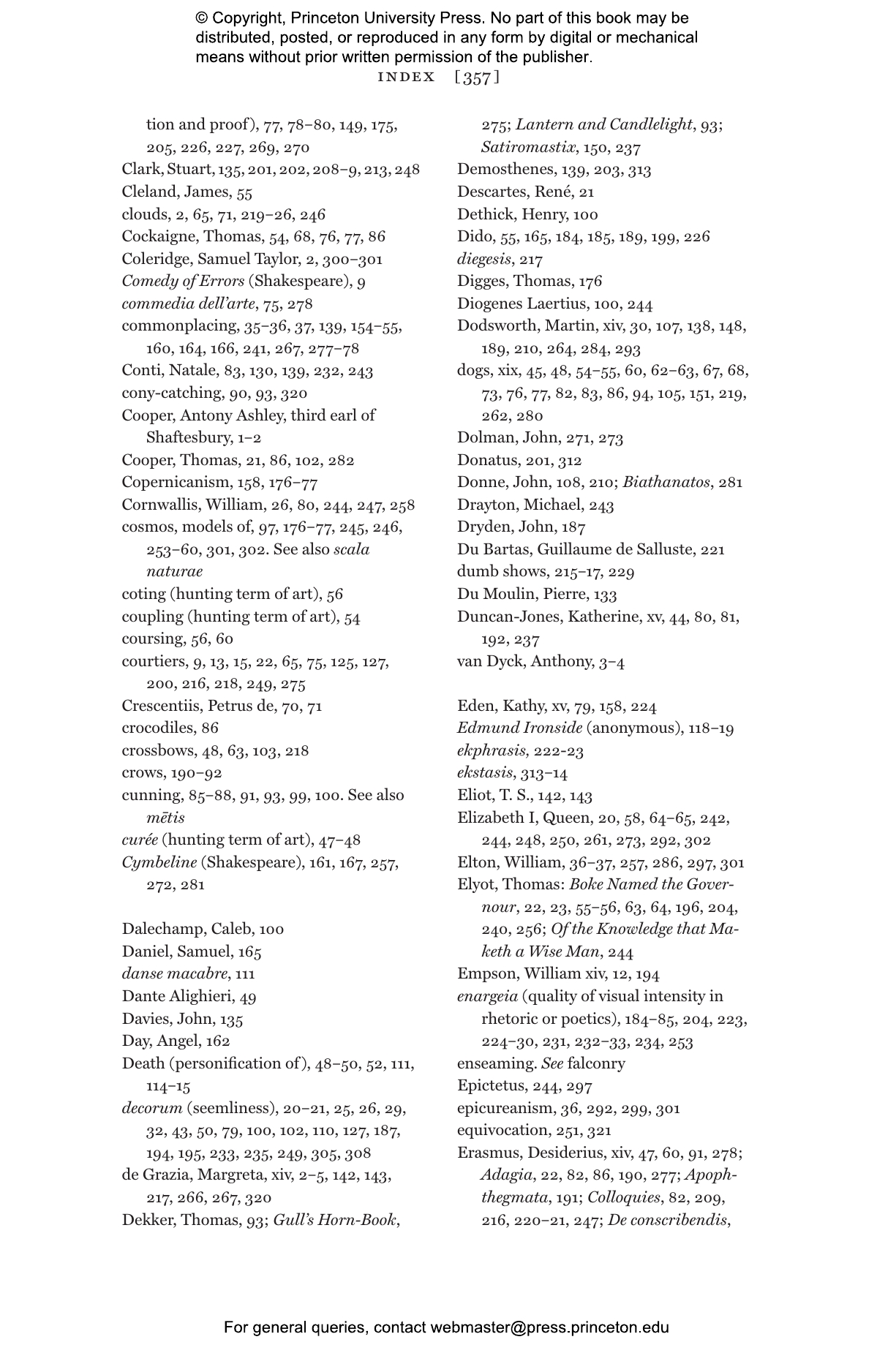 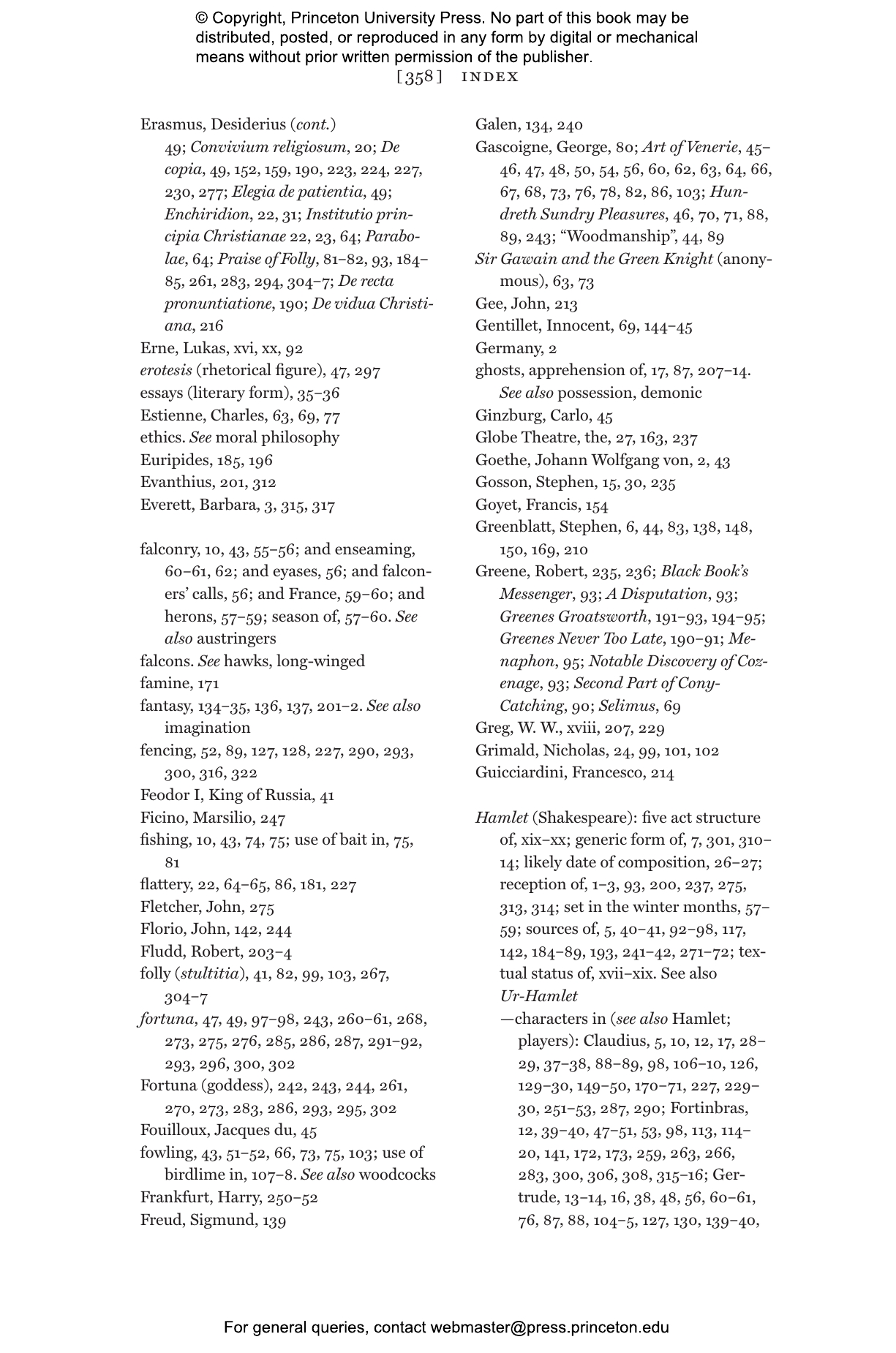 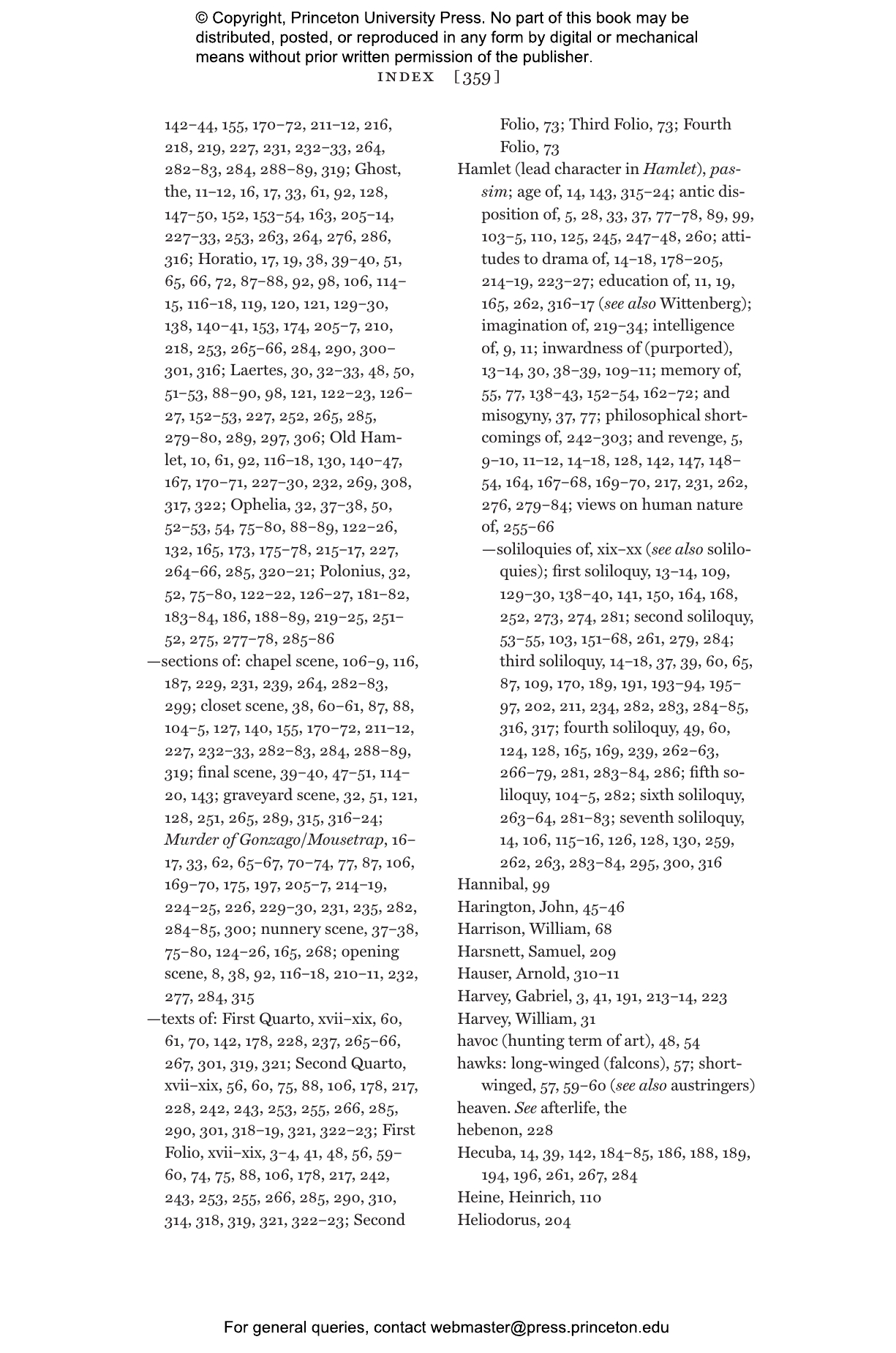 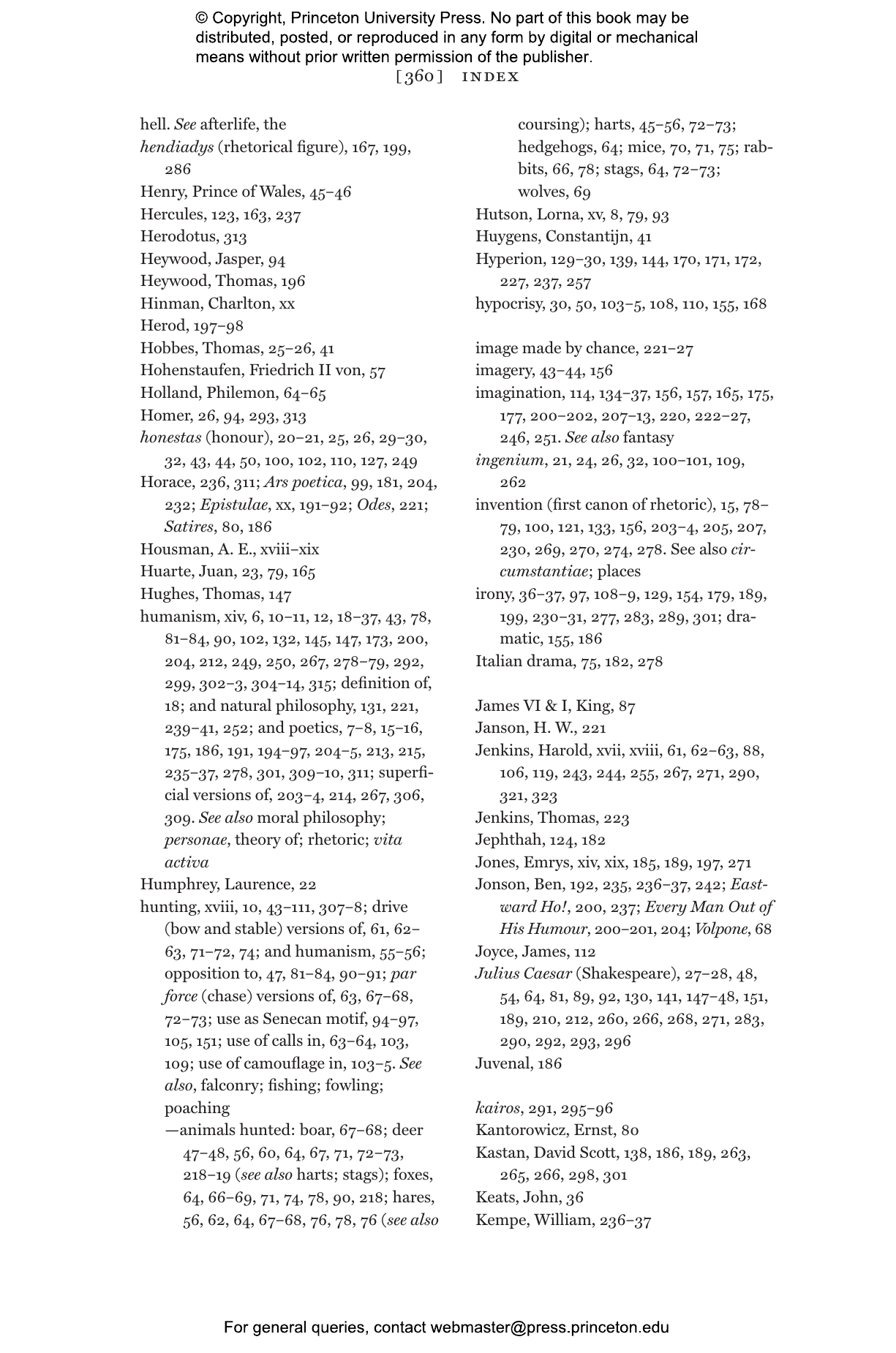 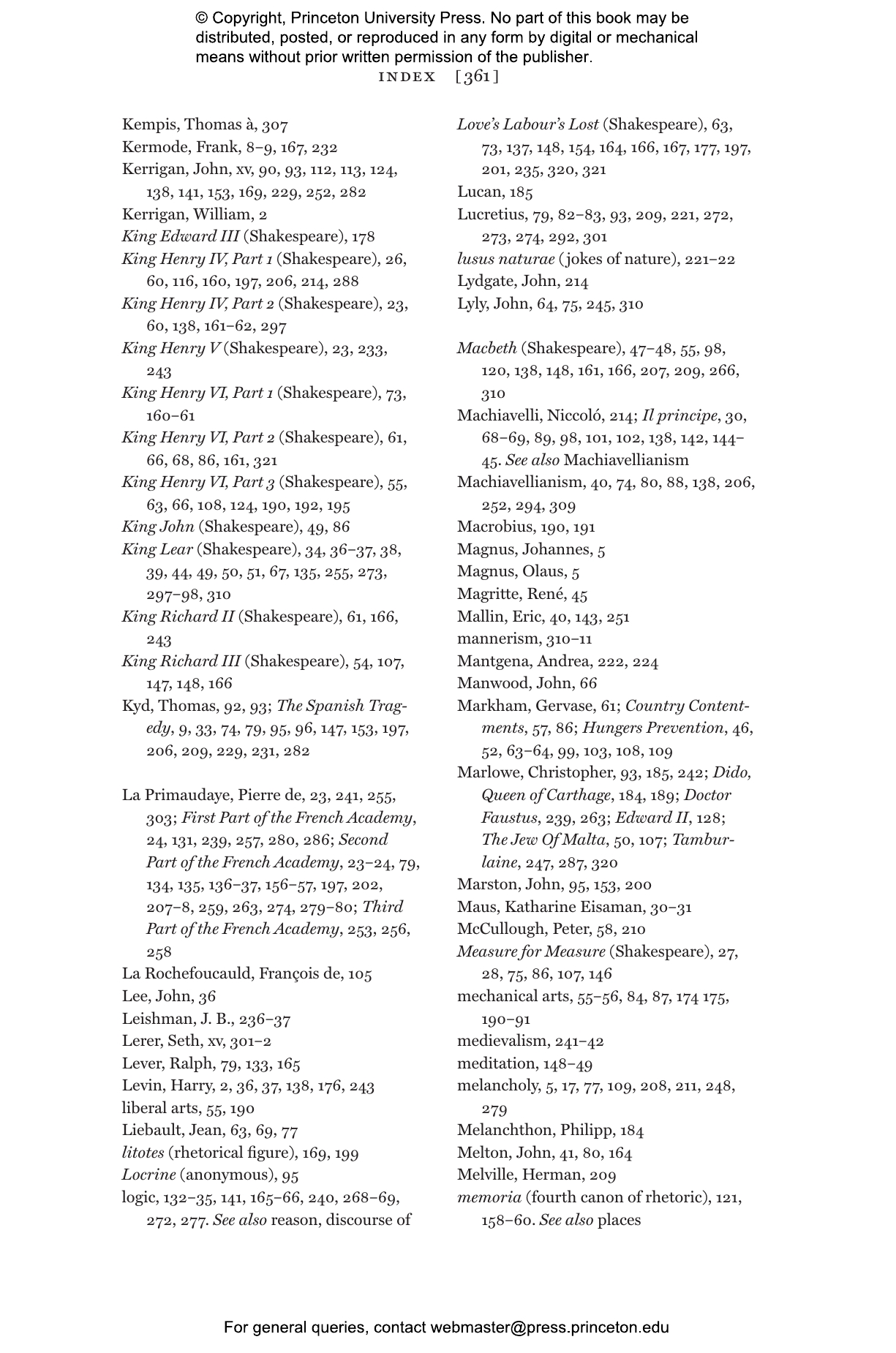 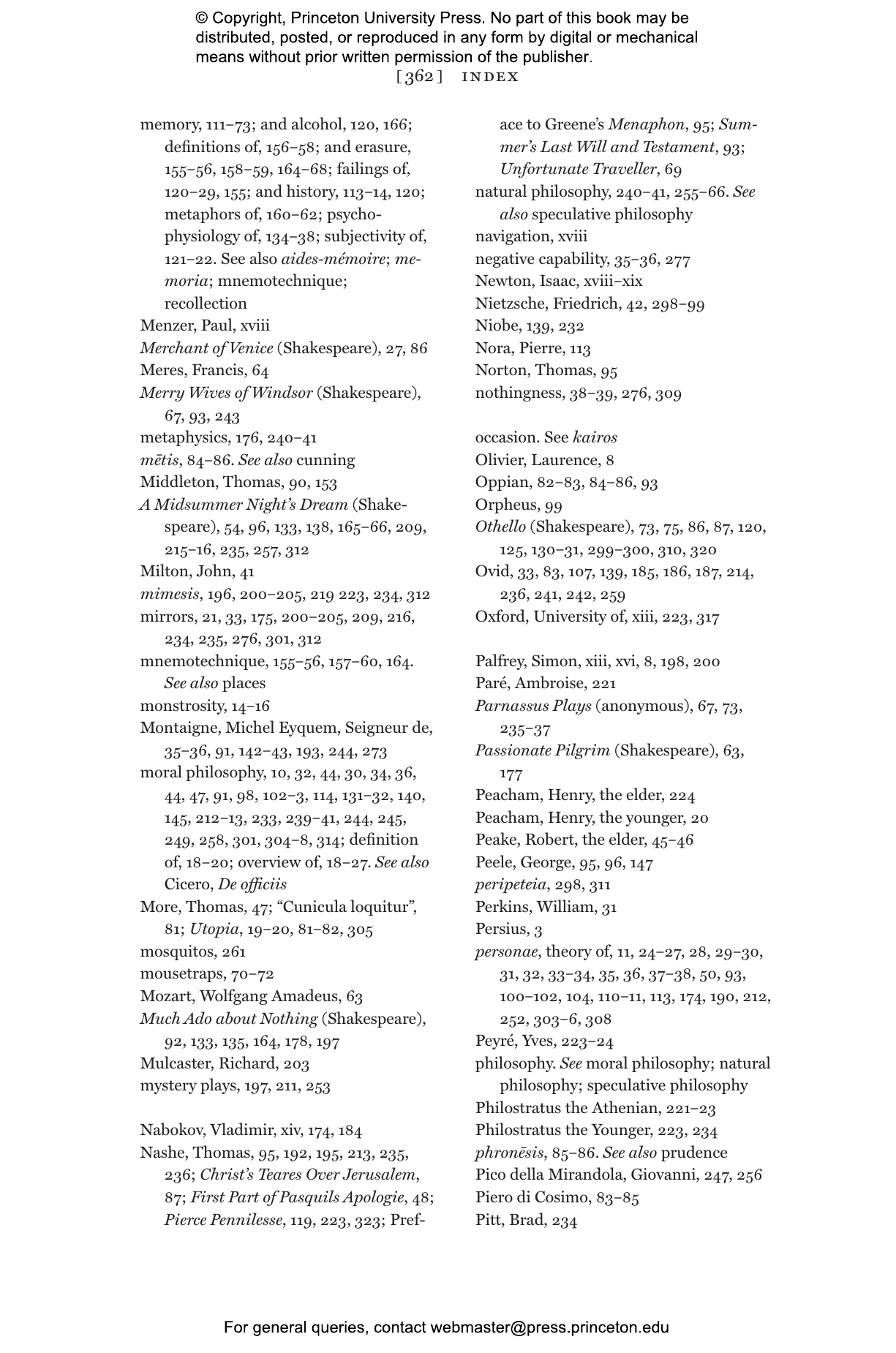 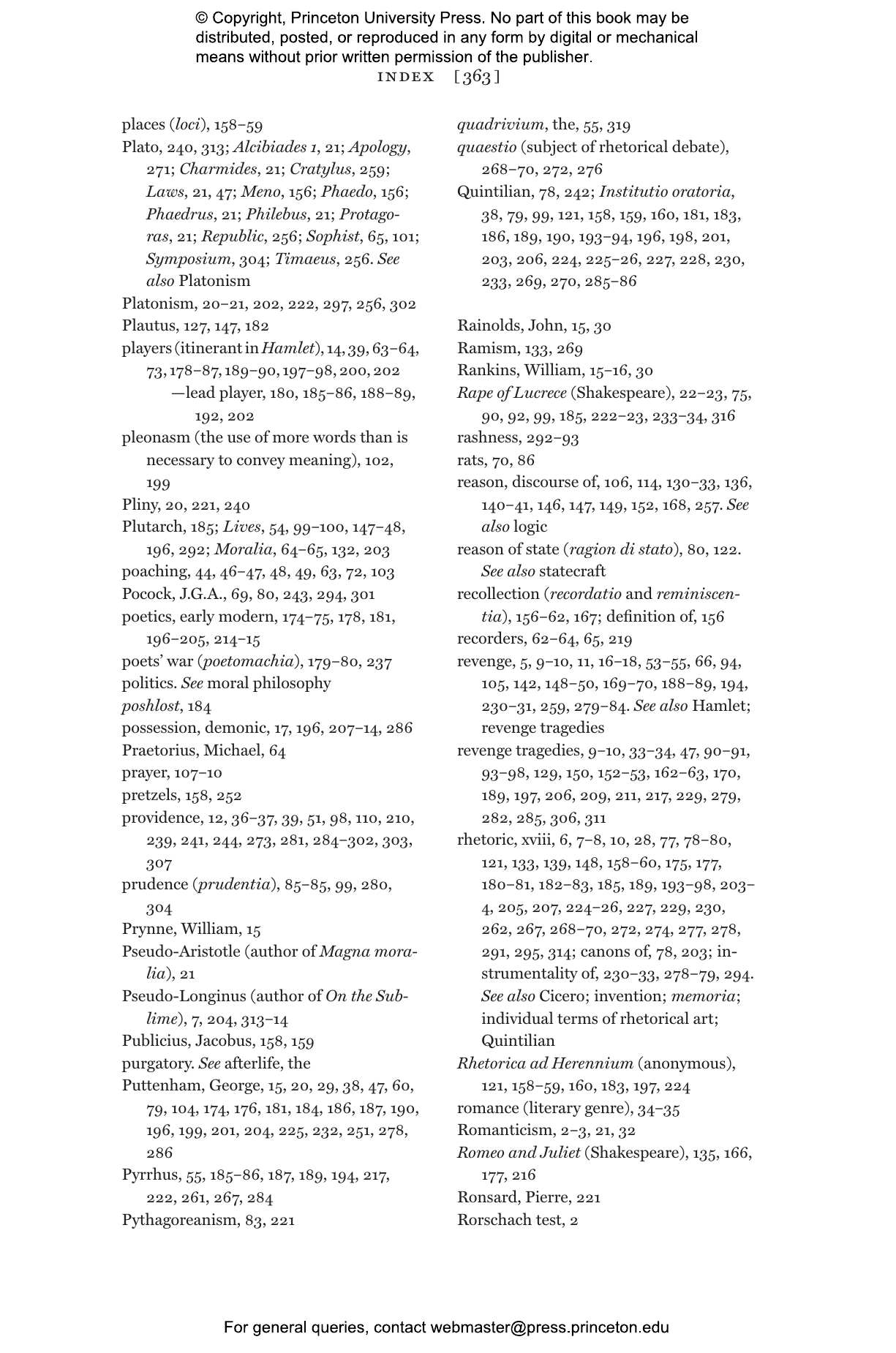 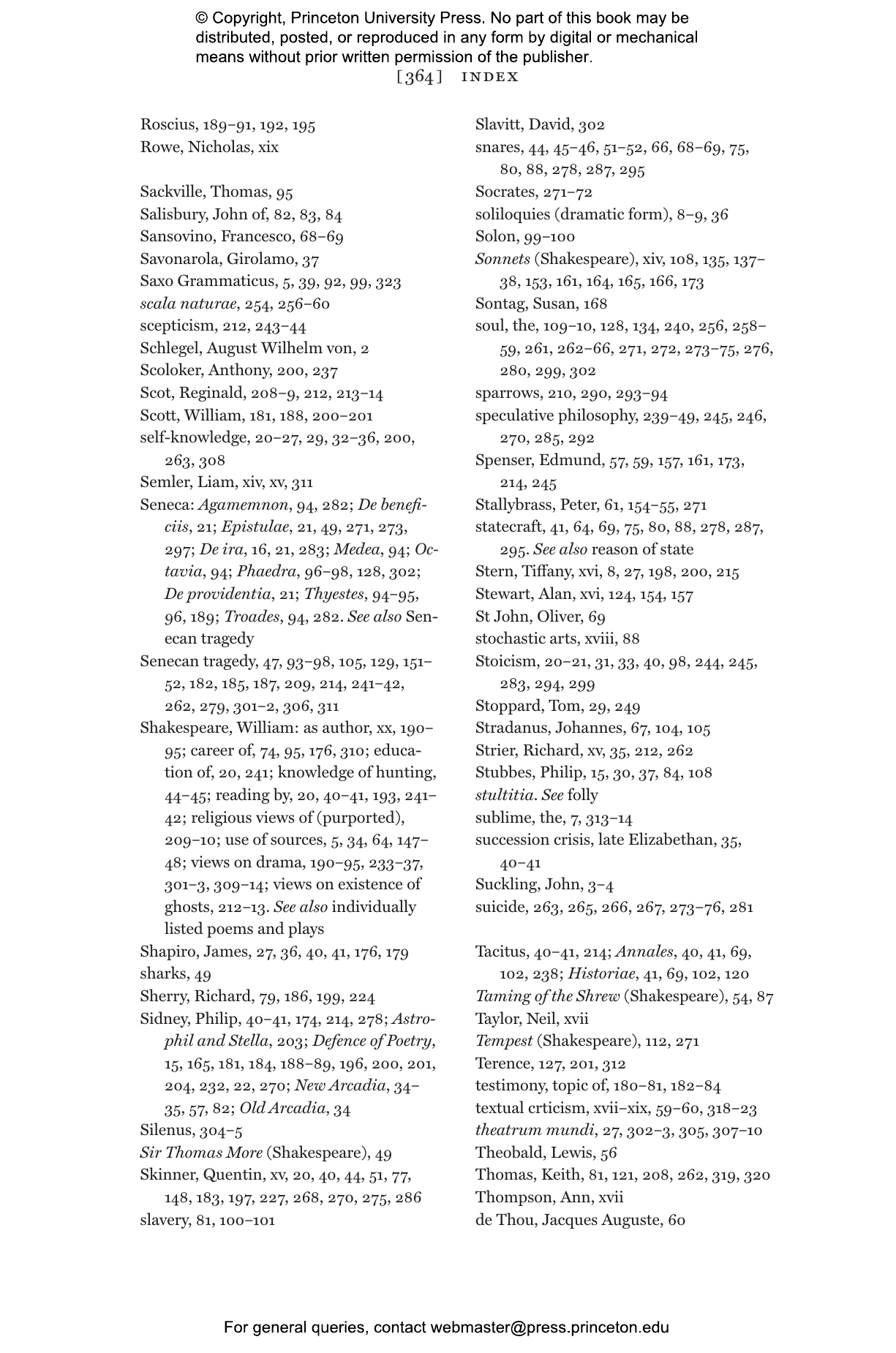 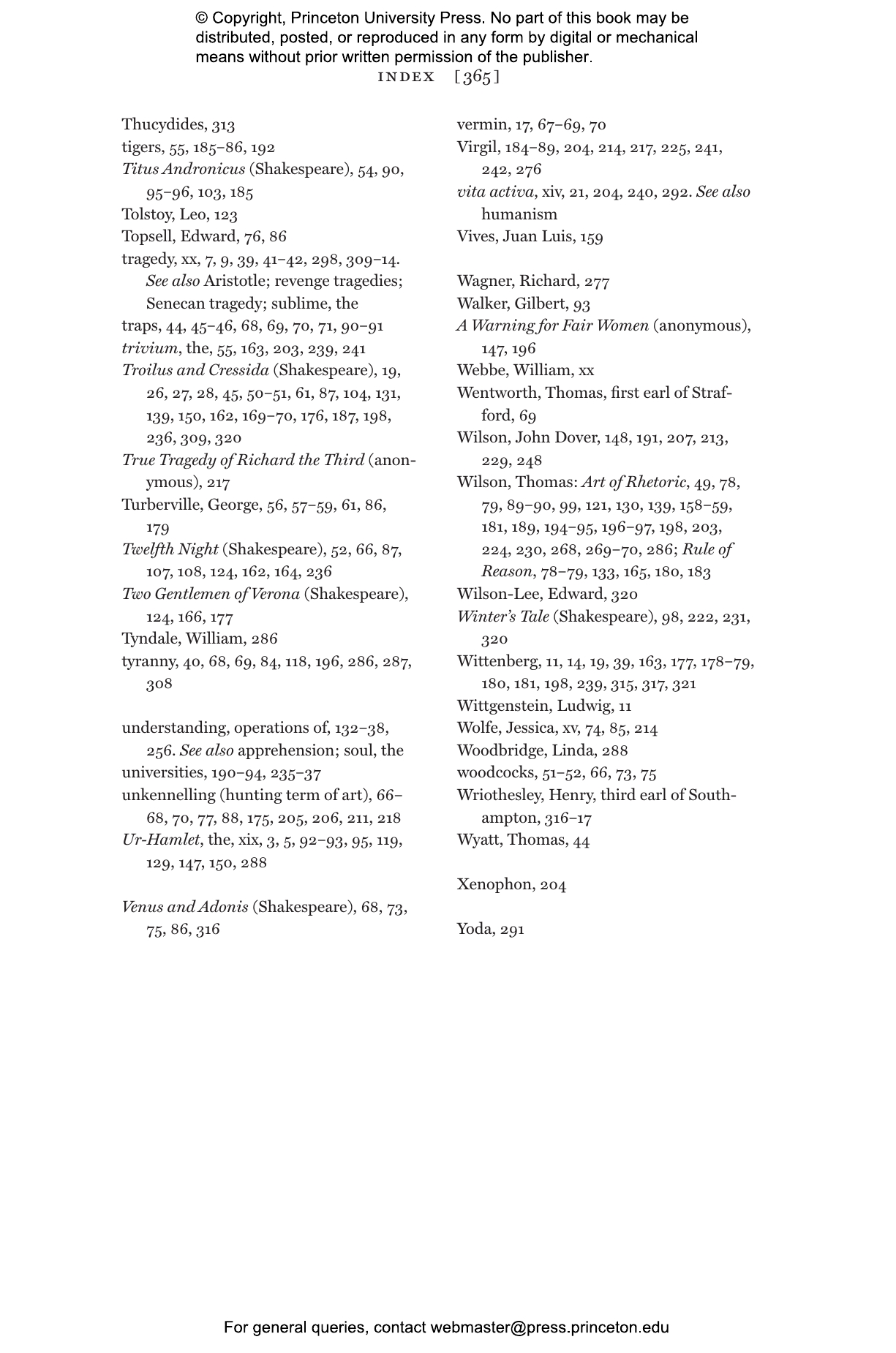 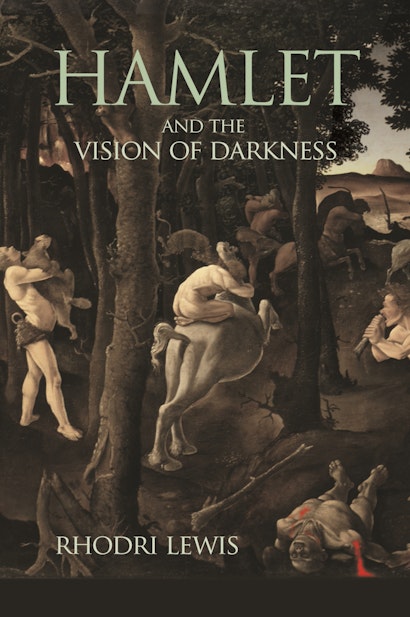 Hamlet and the Vision of Darkness is a radical new interpretation of the most famous play in the English language. By exploring Shakespeare’s engagements with the humanist traditions of early modern England and Europe, Rhodri Lewis reveals a Hamlet unseen for centuries: an innovative, coherent, and exhilaratingly bleak tragedy in which the governing ideologies of Shakespeare’s age are scrupulously upended.

This book establishes that life in Elsinore is measured not by virtue but by the deceptions and grim brutality of the hunt. It also shows that Shakespeare most vividly represents this reality in the character of Hamlet: his habits of thought and speech depend on the cultures of pretence that he affects to disdain, ensuring his alienation from both himself and the world around him.

Lewis recovers a work of far greater magnitude than the tragedy of a young man who cannot make up his mind. He shows that in Hamlet, as in King Lear, Shakespeare confronts his audiences with a universe that received ideas are powerless to illuminate—and where everyone must find their own way through the dark.

A major contribution to Shakespeare studies, this book is required reading for all students of early modern literature, drama, culture, and history.

Rhodri Lewis is professor of English literature and a fellow of St. Hugh's College at the University of Oxford. He is the author of Language, Mind, and Nature: Artificial Languages in England from Bacon to Locke and William Petty on the Order of Nature.

"Rhodri Lewis’s absorbing and original Hamlet and the Vision of Darkness is the first major reinterpretation of the play in some time. . . . Lewis’s brilliant analysis here gives fresh meaning to long-familiar if half-understood phrases."—James Shapiro, New York Review of Books

"Rhodri Lewis has taken one of the most studied plays of this and earlier centuries, Shakespeare's Hamlet, and turned on their head many of the grand notions we have all had about Shakespeare. Lewis's ideas are breathtakingly original."—Ian Lipke, Queensland Reviewers Collective

"Lewis has written a wonderful book: one that breaks free of the 'many confines, wards and dungeons' of the solely scholarly or academic. It’s a volume that all prospective producers of the play should examine assiduously."—Barry Gillard, The Australian

"Lewis uses his book as a broad canvas, tracking Shakespeare’s themes and characterizations across a huge number of discursive, visual, and historical examples, not only Ciceronian moral philosophy but also rhetoric and political writing, painting, the early English humanism of Erasmus and More, Philip Sidney, and too many Shakespearean examples to mention."—Henry Turner, Studies in English Literature, 1500-1900

"It made me look at the play and the character of Hamlet with fresh eyes, and showed me that modern productions of the play ignore or miss a lot of the play's true substance, even though it's right there in the text. Perhaps the main lesson I've learned here when it comes to Hamlet is: Look again – nothing is as it seems."—Pat Reid, Shakespeare Magazine

"A work of tremendous erudition, channeling a formidable range of classical and humanist texts as well as contemporary criticism into chapters on Hamlet’s sustained engagement with early modern discourses of selfhood, hunting, cognitive theory, poetics, and moral and speculative philosophy. With highly original but also extensively documented discussions of nearly every line and textual crux, it has the impact of a variorum."—Heather Hirschfeld, Modern Philology

"It is an original take on what must be the most written-about play in literary critical history, and the result is an erudite yet absorbing book that is as refreshingly unwilling to patronize the possibilities of Shakespeare's learning as it is willing to uphold the status of his creative genius."—Joe Jarrett, Journal of British Studies

"A new and startling perspective on a familiar subject. . . . Lewis supports his ground-breaking theories with a critical approach that is both thorough and systematic. . . . His argument certainly convinced this reader."—Bríd Phillips, Parergon

"Page for page, this book offers more gripping textual insights than any other book on Hamlet since de Grazia’s. . . . The close readings are beautiful, interesting, and insightful."—Joshua R. Held, Sixteenth Century Journal

"Hamlet and the Vision of Darkness is an original and valuable addition to the critical field, and compelling reading for those interested in expanding their understanding of the intersection between early modern drama and contemporary moral philosophy."—Anna Hegland, Symbolism

"Bold and impressive. . . . Lewis deserves the gratitude of scholars for his sensitive close readings and contextualizations of those readings. . . . His book, no doubt, will encourage new debates about issues that were previously thought settled."—Benjamin V. Beier, Moreana

"The pleasure of reading this book comes not only from being constantly stimulated by the freshness of ideas and the acuity with which they are generated, and by the connections and associations that Lewis establishes, but also from the author’s display of the gift of bridging expansive micro-analysis of the play with compelling macro-analysis of ideas from moral philosophy that underlie the dramatic text."—Goran Stanivukovic, Renaissance and Reformation

"A major new interpretation of the play."—Vanessa Lim, The Year's Work in English Studies

"This spectacular book teaches us to read Hamlet as a searing critique of the humanist verities that Shakespeare and his audience had mastered at school—principles and practices that had guided generations. Rhodri Lewis's reading of Hamlet revises both our intellectual and our literary histories of late Renaissance England."—Anthony Grafton, Princeton University

"Rhodri Lewis provides us with a brilliantly revisionary account of Shakespeare's Hamlet—the character, the play, and the place of both in modern culture. Lewis’s Hamlet is an individual reflecting on his own emerging individuality, and Lewis excavates (through meticulous and often arresting scholarship) the philosophical, social, and imaginative origins and history of that individual. This is a book not just for Shakespeareans but for anyone concerned with how literature teaches us both how to be and not to be."—Seth Lerer, University of California, San Diego

"An absorbing and provocative book with a timely and important argument."—Raphael Lyne, University of Cambridge

"Rhodri Lewis comprehensively resituates Hamlet within the discursive parameters of late sixteenth-century humanism while making a significant contribution to recent reassessments of humanism's unintended consequences. Particularly noteworthy and arresting is his account of the many ways Hamlet stages, only to dismantle, received Roman ideals about persona, ‘character,’ and identity in public as well as private life."—Lynn Enterline, Vanderbilt University