A lyrical collection that explores the interplay between poetry and history 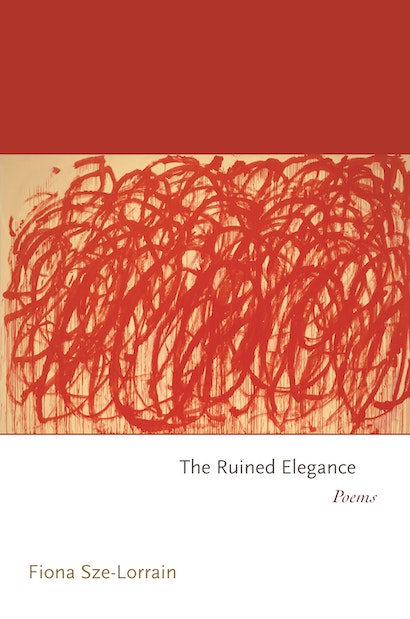 In her new collection, Fiona Sze-Lorrain offers a nuanced yet dynamic vision of humanity marked by perils, surprises, and the transcendence of a “ruined elegance.” Through an intercultural journey that traces lives, encounters, exiles, and memories from France, America, and Asia, the poet explores a rich array of historical and literary allusions to European masters, Asian sources, and American influences. With candor and humor, each lyrical foray is sensitive to silence and experience: “I want to honor / the invisible. I’ll use the fog to see white peaches.” There are haunting narratives from a World War II concentration camp, the Stalinist Terror, and a persecuted Tibet during the Cultural Revolution. There are also poems that take as their point of departure writings, paintings, sketches, photographs, and music by Gu Cheng, Giorgio Caproni, Bonnard, Hiroshige, Gao Xingjian, Kertész, and Debussy, among others. Grounded in the sensual, these poems probe existential questionings through inspirations from nature and the impermanent earth. Described by the Los Angeles Review of Books as “a high lyricist who refuses to resort to mere lyricism in order to articulate her experience,” Sze-Lorrain renews her faith in music and poetic language by addressing the opposing aesthetics of “ruins” and “elegance,” and how the experience of both defies judgment.

Fiona Sze-Lorrain is a poet, literary translator, editor, and zheng harpist. The author of two previous books of poetry in English, My Funeral Gondola and Water the Moon, she also writes and translates in French and Chinese. She lives in Paris. 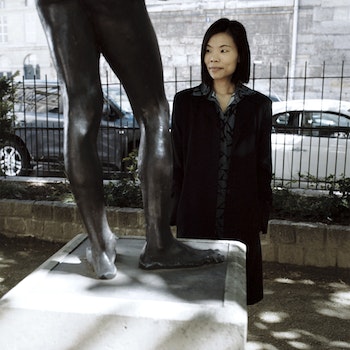 "The poems in Fiona Sze-Lorrain's The Ruined Elegance resonate with a voice that is both fragile and strong, physical and metaphysical, ancient and contemporary. As such, the collection serves as a sounding board for the powerful silence that echoes through language over the ages and across the continents. A master of musicality and enlightening allusions, Sze-Lorrain has written an English-language collection that is both accessible to a wide audience and rewarding to the closest of readers."—Christina Cook, The Rumpus

"Highly crafted and interesting. . . . Sze-Lorrain does a compelling job of touching on new topics on each page. There is a lot of variation in style and the poems are relatively short with concise language, which makes this a fluid, informative, albeit sometimes difficult, read."—Brenna Marcuccilli, Pamplemousse

"[Fiona Sze-Lorrain], who has lived in Europe, America and Asia, draws from every aspect of her broad perspective in this poetry collection. Lyricism and wisdom intertwine as she urges acute observation rather than an impossible search for exact truth: ‘Believe me, / answers are small.'"—Aiyanna K. White, Columbia College Today

"In the beginning was silence: Fiona Sze-Lorrain's poems honor this, ‘trying to measure / a quiet too pure / and transparent for humans.' These are poems of delicate ferocity; they seem to emerge from a profound yet whiplashed attentiveness. Sze-Lorrain registers the subtlest vibrations of the most difficult as well as the tenderest things—twentieth-century atrocities make themselves felt in a gesture in a prison, a buried book, ‘a revolution in the draft' of a feather. Also: poems, paintings, the eddies of sociable chat, ‘the last / Manchurian sky,' the color of rain. Shards of elegy, lament, intermittent flashes of wit, a philosophical sensuality throughout: this is subtle, sophisticated, gorgeous, and unsettling work by a poet open to being ‘torn by the lyric' as well as history. Sze-Lorrain aims ‘to honor / the invisible,' ‘to get silence right': she does."—Maureen N. McLane, author of My Poets

"The luminous art of Sze-Lorrain reveals how imaginative vision requires the veil. Hers is a contemporary, polycultural poetry, a language of distance and silence, rich with suggestion. The disparate, brilliant images of her Ruined Elegance fend off narrative, ‘torn by the lyric,' whose instrument is more enduring than its players: its ‘strings stayed taut. None / broke. Her fingernails did.'"—Eleanor Wilner, author of Tourist in Hell