A definitive biography of the great French essayist and thinker 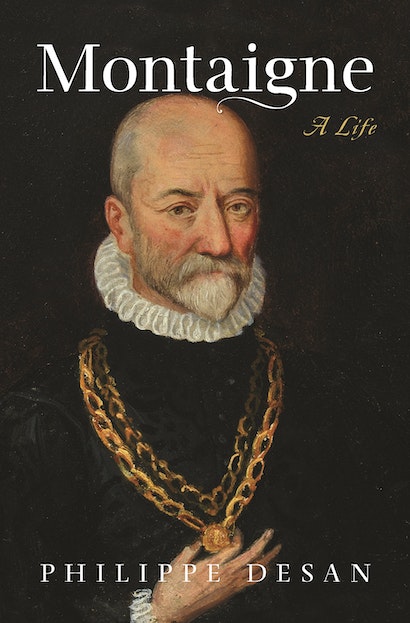 One of the most important writers and thinkers of the Renaissance, Michel de Montaigne (1533–92) helped invent a literary genre that seemed more modern than anything that had come before. But did he do it, as he suggests in his Essays, by retreating to his chateau, turning his back on the world, and stoically detaching himself from his violent times? In this definitive biography, Philippe Desan, one of the world’s leading authorities on Montaigne, overturns this longstanding myth by showing that Montaigne was constantly concerned with realizing his political ambitions—and that the literary and philosophical character of the Essays largely depends on them. The most comprehensive and authoritative biography of Montaigne yet written, this sweeping narrative offers a fascinating new picture of his life and work.

As Desan shows, Montaigne always considered himself a political figure and he conceived of each edition of the Essays as an indispensable prerequisite to the next stage of his public career. He lived through eight civil wars, successfully lobbied to be raised to the nobility, and served as mayor of Bordeaux, special ambassador, and negotiator between Henry III and Henry of Navarre. It was only toward the very end of Montaigne’s life, after his political failure, that he took refuge in literature. But, even then, it was his political experience that enabled him to find the right tone for his genre.

In this essential biography, we discover a new Montaigne—caught up in the events of his time, making no separation between private and public life, and guided by strategy first in his words and silences. Neither candid nor transparent, but also not yielding to the cynicism of his age, this Montaigne lends a new depth to the Montaigne of literary legend.

Philippe Desan is the Howard L. Willett Professor in Renaissance Literature and History of Culture at the University of Chicago and the author of many books. 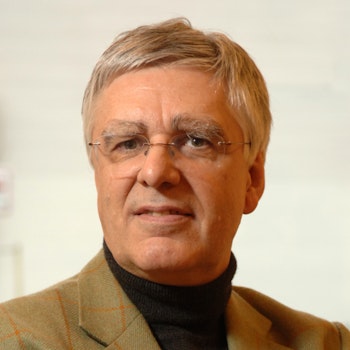 "Philippe Desan, in Montaigne: A Life (Princeton; translated from the French by Steven Rendall and Lisa Neal), his immense new biography . . . insists that our ‘Château d'Yquem' Montaigne, Montaigne the befuddled philosopher and sweet-sharp humanist, is an invention, untrue to the original. Our Montaigne was invented only in the early nineteenth century. The Eyquem family, in their day, made no wine at all. They made their fortune in salted fish—and Desan's project is to give us a salty rather than a sweet Montaigne."—Adam Gopnik, New Yorker

"In his endeavour to provide an account of Montaigne's life, Desan is to be praised. Writing biographies of early modern lives is fraught with complications. Contemporaneous records for all but the most pre-eminent in society are scant; fissures and lacunae are everywhere. . . . Desan’s is a masterly literary biography, the scholarly expertise of its author showing in its acute attention to documentary detail."—Patrick J. Murray, Times Literary Supplement

"The ‘Essays,' Montaigne informed his readers, were written for a ‘domestic and private’ end and not for ‘either you or my own glory.’ He presented himself ‘in my simple, natural, ordinary fashion, without straining or artifice; for it is myself that I portray.’ Philippe Desan’s Montaigne: A Life is animated by the purpose of detonating this carefully cultivated image. It is an effort at disenchantment. Montaigne’s informality and transparency, in Mr. Desan’s telling, were rhetorical strategies and triumphs of artifice. Montaigne’s exploration of the private self was not a natural impulse but an adjustment required by the defeat of his considerable political ambitions. . . . [Desan] seeks to drag the solitary genius back into his social milieu, exposing his conventionality. Montaigne claimed to have portrayed himself ‘naked’ to posterity. Mr. Desan removes the last of his garments."—Jeffrey Collins, Wall Street Journal

"Desan, an expert on French essayist Michel de Montaigne (1533-1592), takes readers on a detailed yet sweeping journey through the world of one of the Renaissance's most important literary figures."—Publishers Weekly

"Revisiting the public and private life of the extraordinary humanist in light of religious divisions of the 16th century. . . . [Montaigne: A Life is] a hefty biography."—Kirkus

"Desan's biography is full of fascinating details about Montaigne and his world."—Glenn Altschuler, Tulsa World

"The story [of Montaigne's life] is told in absorbing detail by Desan. Drawing on a wealth of research by himself and others, he provides a richer picture than did Donald Frame in his classic biography half a century ago. . . . [Desan’s] biography is indispensable."—Neil Kenny, History Today

"Philippe Desan's biography gives back to us the political Montaigne, a figure long displaced by another. The image of Montaigne immured in his tower—an image he himself began to cultivate before he died—has only grown stronger over the centuries: he seems to represent thought and literature outside history and above politics, access to a universal human condition and a perennial philosophy. He is a powerful symbol, a paragon of subjective contemplation in an era of faction and unrest. But Desan suggests this symbol represents something anachronistic and dangerous. . . . Montaigne’s literary-philosophical innovations grew directly out of failed strategies designed to serve his political ambitions. The true story makes a better and more interesting history."—Robert Minto, Los Angeles Review of Books

"Likely to be the authoritative biography of Montaigne for decades to come."—Lois C. Henderson, BookPleasures

"Henceforth, this book will be required reading not only for Montaigne scholars but for anyone with a passing interest in his work. In correcting the misleading view of him as a literary purist, untouched by the desire for power or advancement, Desan requires us to read the essays in a new way. Surely this will lead, in time, to revised interpretations. In the meantime, immersion in the extraordinary detail of this work is a delight, and a revelation."—Alan Dent, Penniless Press

"Authoritative. . . . We who read Montaigne for help in our trying times, Desan suggests, ought to see him clearly in relation to his own."—David Mason, Hudson Review

"A milestone in Renaissance studies. . . . This new biography achieves an impressively comprehensive understanding of a major Renaissance author while relentlessly advancing a very clear and coherent thesis that must be reckoned with in future discussions of Montaigne."—Eric MacPhail, Renaissance Quarterly

"Montaigne: A Life proves as up-to-date as conceivably possible and clearly stands as the new reference work for any question involving Montaigne's life, political career, or how the two intersect with the Essays. . . . [It] stands as a reference work, a page-turner, and an important work of original scholarship all rolled into one."—George Hoffmann, Sixteenth Century Journal

"The time has long been ripe for a new scholarly biography of Montaigne, and no one is better positioned to execute it than Philippe Desan. . . . Montaigne: A Life prove as up-to-date as conceivably possible and clearly stands as the new reference work for any question involving Montaigne’s life, political career, or how the two intersect with the Essays. . . . Translated by the expert hands of Steven Rendall and Lisa Neal . . . Montaigne: A Life stands as a reference work, a page-turner, and an important work of original scholarship all rolled into one."—George Hoffmann, Sixteenth Century Review

"The new standard biography of Montaigne. Phillipe Desan throws new light on Montaigne's rewriting of the Essays through a study of his changing political aspirations."—Peter Mack, University of Warwick

"This biography is thoroughly illuminating and it is difficult to imagine that it could be bettered. It will surely hold the field for decades."—Michael Moriarty, University of Cambridge

"Philippe Desan's biography offers a refreshing corrective to those Lives of Montaigne that have underplayed his political activities and aspirations by presenting his literary activities as belonging to their own autonomous sphere. The book offers some intriguing new interpretations, including a compelling account of the different circumstances that surround—and intentions that may animate—the various editions of the Essays."—Richard Scholar, University of Oxford