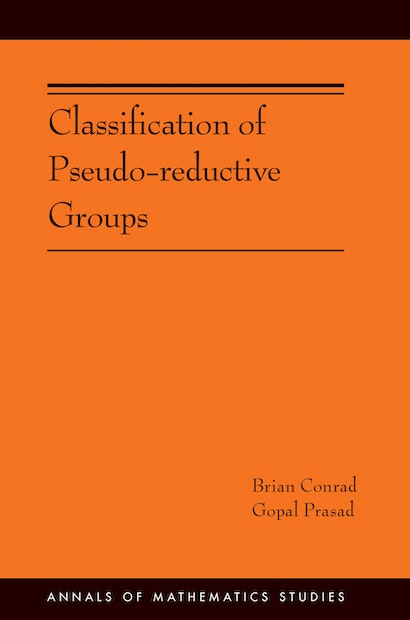 In the earlier monograph Pseudo-reductive Groups, Brian Conrad, Ofer Gabber, and Gopal Prasad explored the general structure of pseudo-reductive groups. In this new book, Classification of Pseudo-reductive Groups, Conrad and Prasad go further to study the classification over an arbitrary field. An isomorphism theorem proved here determines the automorphism schemes of these groups. The book also gives a Tits-Witt type classification of isotropic groups and displays a cohomological obstruction to the existence of pseudo-split forms. Constructions based on regular degenerate quadratic forms and new techniques with central extensions provide insight into new phenomena in characteristic 2, which also leads to simplifications of the earlier work. A generalized standard construction is shown to account for all possibilities up to mild central extensions.

The results and methods developed in Classification of Pseudo-reductive Groups will interest mathematicians and graduate students who work with algebraic groups in number theory and algebraic geometry in positive characteristic.

"This book is beautiful and will be at the origin of many advances in the general theory of arbitrary algebraic groups."—Bertrand Rémy, MathSciNet