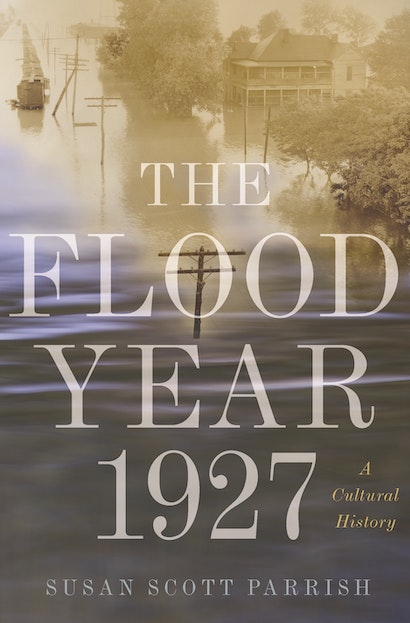 The Great Mississippi Flood of 1927, which covered nearly thirty thousand square miles across seven states, was the most destructive river flood in U.S. history. Due to the speed of new media and the slow progress of the flood, this was the first environmental disaster to be experienced on a mass scale. As it moved from north to south down an environmentally and technologically altered valley, inundating plantations and displacing more than half a million people, the flood provoked an intense and lasting cultural response. The Flood Year 1927 draws from newspapers, radio broadcasts, political cartoons, vaudeville, blues songs, poetry, and fiction to show how this event took on public meanings.

Americans at first seemed united in what Herbert Hoover called a “great relief machine,” but deep rifts soon arose. Southerners, pointing to faulty federal levee design, decried the attack of Yankee water. The condition of African American evacuees in “concentration camps” prompted pundits like W.E.B. Du Bois and Ida B. Wells to warn of the return of slavery to Dixie. And environmentalists like Gifford Pinchot called the flood “the most colossal blunder in civilized history.” Susan Scott Parrish examines how these and other key figures—from entertainers Will Rogers, Miller & Lyles, and Bessie Smith to authors Sterling Brown, William Faulkner, and Richard Wright—shaped public awareness and collective memory of the event.

The crises of this period that usually dominate historical accounts are war and financial collapse, but The Flood Year 1927 enables us to assess how mediated environmental disasters became central to modern consciousness.

Susan Scott Parrish is Professor in the Department of English Language and Literature and the Program in the Environment at the University of Michigan. She is the author of American Curiosity: Cultures of Natural History in the Colonial British Atlantic World. 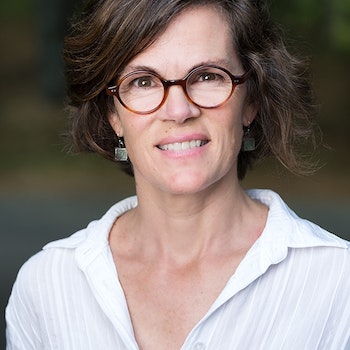 "Using vivid explanations of key literary and musical works complemented by contemporary illustrations, Parrish . . . successfully demonstrates that the Great Mississippi Flood of 1927 left a lasting, modernizing cultural imprint. . . . A thoughtful comparison of 1927's events to 2005's Hurricane Katrina aftermath highlights continuing issues concerning the manipulation of natural flood controls and its effect on impoverished, low-lying neighborhoods. Throughout, Parrish successfully and eloquently captures the sense of humanity and personal loss among the million refugees whose experiences gave rise to artistic efforts and environmental issues that continue to resonate."—Publishers Weekly

"Parrish's . . . deeply researched narrative . . . rewards dedicated general readers. It requires no doctorate to appreciate her rendering of the remarkable back story to Bessie Smith's ‘Backwater Blues'; her insightful discussion of the trauma's conversion into enduring works of literary fiction by William Faulkner, Richard Wright, and Zora Neale Hurston; her analysis of the persistent North/South hostility that complicated relief efforts; and her survey of 1927's vaudeville scene, from the subversive African-American stars Miller and Lyles to the high-profile, widely influential, and, in the author's telling, somewhat problematic Will Rogers. As a cubist might, Parrish paints a multifaceted portrait of catastrophe: sometimes puzzling, often surprising, and wholly original."—Kirkus

"[A] strikingly sophisticated analysis of the multiple cultural forms produced during and after the flood. . . . The narrative is progressive, demonstrating how a conservative story was overtaken by the voices of the marginalized, who revealed the flood’s injustices and in doing so democratized its meaning."—Kevin Boyle, Journal of Southern History

"Parrish's eye-opening and beautifully crafted book will surely be of great interest to readers both within academia and beyond."—Lawrence Buell, author of The Environmental Imagination and Writing for an Endangered World

"The Great Mississippi Flood of 1927 did not end when the muddy waters subsided. On a foundation of deep research and rich reflection, Parrish shows how it seeped into American culture and consciousness for years to come, through the efforts of Bessie Smith, Will Rogers, William Faulkner, Richard Wright, and a host of other musicians, entertainers, and writers. An important chapter in American cultural history."—J. R. McNeill, author of Mosquito Empires: Ecology and War in the Greater Caribbean, 1620-1914

"A vital book, historically revealing and profoundly prescient. Parrish brilliantly brings to life the entangled human and elemental forces that generate disaster."—Rob Nixon, author of Slow Violence and the Environmentalism of the Poor

"Ambitious, exciting, and beautifully written. The Flood Year 1927 is a brilliantly researched and provocative book that carries significant implications for multiple fields in the humanities, and that will surprise and interest intellectually curious nonacademic readers."—Stephanie LeMenager, author of Living Oil: Petroleum Culture in the American Century

"Outstanding. Truly one of the most interesting, elegantly written, and strikingly original books I have read in years. The Flood Year 1927 is a game changer."—Jay Watson, author of Reading for the Body: The Recalcitrant Materiality of Southern Fiction, 1893–1985