The first comprehensive political history of the communist party 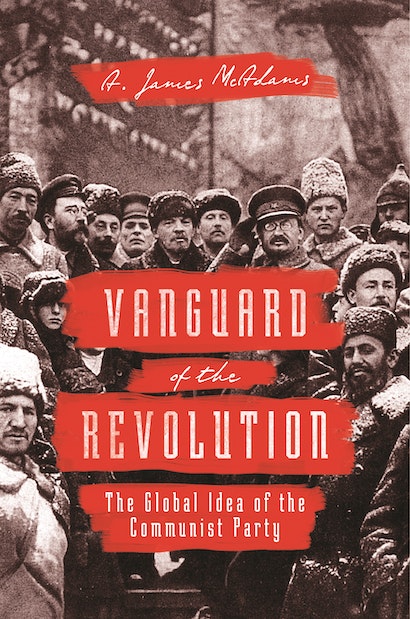 Vanguard of the Revolution is a sweeping history of one of the most significant political institutions of the modern world. The communist party was a revolutionary idea long before its supporters came to power. In this book, A. James McAdams argues that the rise and fall of communism can be understood only by taking into account the origins and evolution of this compelling idea. He shows how the leaders of parties in countries as diverse as the Soviet Union, China, Germany, Yugoslavia, Cuba, and North Korea adapted the original ideas of revolutionaries like Karl Marx and Vladimir Lenin to profoundly different social and cultural settings.

Taking readers from the drafting of The Communist Manifesto in the 1840s to the dissolution of the Soviet Union in the early 1990s, McAdams describes the decisive role played by individual rulers in the success of their respective parties—men like Joseph Stalin, Mao Zedong, and Fidel Castro. He demonstrates how these personalities drew on vying conceptions of the party’s functions to mesmerize their followers, mobilize their populations, and transform their societies. He also shows how many of these figures abused these ideas to justify incomprehensible acts of inhumanity. McAdams explains why communist parties lasted as long as they did, and why they either disappeared or ceased to be meaningful institutions by the close of the twentieth century.

The first comprehensive political history of the communist party, Vanguard of the Revolution is essential reading for anyone seeking to understand world communism and the captivating idea that gave it life.

Q&A with A. James McAdams

A. James McAdams on what South Korea can learn from Germany

Melancholy, Remorse, and Resignation in a Year of Communist Anniversaries

A. James McAdams is the William M. Scholl Professor of International Affairs and director of the Nanovic Institute for European Studies at the University of Notre Dame. His many books include Judging the Past in Unified Germany and Germany Divided: From the Wall to Reunification (Princeton). He lives in South Bend, Indiana. 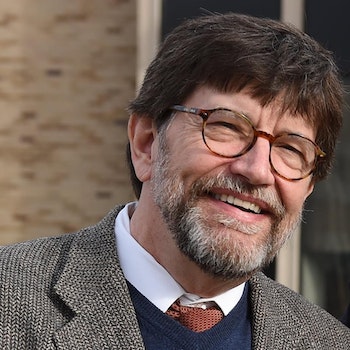 "A . . . successful example of big think history. If war built the state, it also helped build the Communist Party. Vladimir Lenin's faction, the Bolsheviks, was particularly aided by World War I. And Communism, once in power, reversed Clausewitz’s famous dictum and made politics war by other means. The party often attacked the people—first in the Russia of Lenin and Stalin, but most especially in Mao Zedong’s China, from the Hundred Flowers movement to the Great Leap Forward and then the Cultural Revolution, killing untold millions of people. It’s a lively if depressing story."—Thomas E. Ricks, New York Times Book Review

"The historiography on Marxism, as well as communist movements in general, is notoriously inaccessible; McAdams delivers a lucid and beautifully written volume that defies the norm, providing a highly readable study of the party."—Publishers Weekly

"Important. . . . Brilliant. . . . It's been nearly a decades since Robert Service’s Comrades presented readers with a history of Communism on a global scale, and although the idea is still as dead as Jacob Marley, McAdams finds even more to tell about it, and is fascinating and judicial the whole time he does so."—Steve Donoghue, Open Letters Monthly

"A brilliant and sweeping introduction to one of the most provocative political institutions of our times. . . . Vanguard of the Revolution provides intellectual provocation, historical breadth and an inspiration to take better care of our fragile democracies."—Yvonne Howell, Times Higher Education

"It is a broad, comparative history of communist parties in power, one which required a tremendous amount of knowledge to write, and subtly but successfully undermines the easy equation of communism with totalitarianism that has been a liberal talking point for far too long."—Patrick Iber, Los Angeles Review of Books

"The book excels in explaining the repertoire of methods whereby the new communist regimes that came to power after the Second World War tried to maintain their momentum. . . . Carefully plotted."—Stuart Macintyre, Sydney Morning Herald

"McAdams wrestles with a . . . profound puzzle: How was it, given the failure of Marx’s prophecies, that his ideas continued to animate communist parties and eventually led them to power in 24 countries?"—Robert Legvold, Foreign Affairs

"A groundbreaking book, Vanguard of the Revolution is a terrific read. . . . A magnificent book on [communism's] history and impact."—Andrew Fedynsky, Ukrainian Weekly

"[Vanguard of the Revolution] offers an important new historiography of the idea not just of the Communist party but of Communism in the twentieth and now twenty-first century."—Bill V. Mullen, Russian Review

"Vanguard of the Revolution is a very readable synthesis of the history of the communist party, from Marx and Engels’s manifesto to the collapse of the USSR. McAdams handles both the global sweep and the local details of each case he covers with an impressive assurance and levelheadedness, all while keeping his distance from the tired Cold War polemics that usually surround this subject."—Tony Wood, The Nation

"McAdams explores the societal conditions that brought Communist movements to power. Ranging over the particular histories of Russia, China, Cuba, and many places in between, he deftly describes the upheavals wrought by modernization, war, and colonial oppression to explain Communism’s appeal. . . . McAdams is a master of classification and discerning difference. . . . As we now focus on ever darker challenges—illiberalism and xenophobic nationalism, environmental degradation, and religious fundamentalism—we run the risk of seeing Communism as a benign, quaint bête noire of the twentieth century. Fortunately, Vanguard of the Revolution reminds us otherwise."—Catherine Epstein, American Historical Review

"A highly informed and beautifully written history of the rise and decline of world communism - and of the theory and practice of the ‘leading role of the party.' Vanguard of the Revolution is ideal for students and general readers alike."—George Breslauer, University of California, Berkeley

"Vanguard of the Revolution is a brilliant overview of communism from A to Z, from Lenin to Xi Jinping. McAdams not only provides a fascinating and detailed history of the evolution of communism among its most prominent practitioners, he shows us why so many have fought and died for it despite the ideological persecution and economic disaster wrought in its name. A terrific read."—Lowell Dittmer, University of California, Berkeley

"This is a very welcome and engaging book that traces the history of the communist party from Karl Marx to the lowering of the red flag over the Kremlin in 1991. McAdams knows his stuff and is an excellent analyst."—Norman M. Naimark, author of Stalin's Genocides

"Beautifully written, convincingly argued, and absolutely stunning in its historical sweep. McAdams has produced a volume that will be savored by a very wide readership in the years ahead."—Jeffrey Kopstein, author of The Politics of Economic Decline in East Germany, 1945–1989