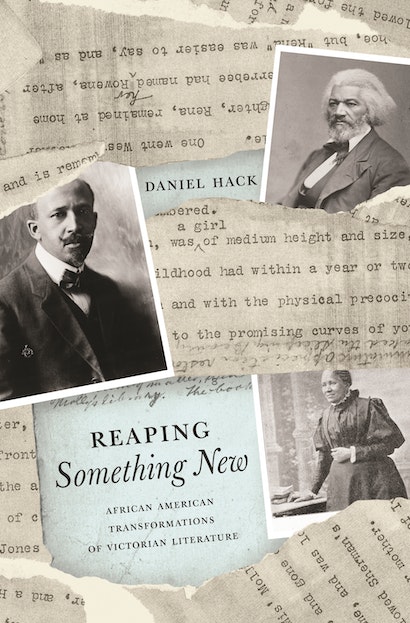 Tackling fraught but fascinating issues of cultural borrowing and appropriation, this groundbreaking book reveals that Victorian literature was put to use in African American literature and print culture in the nineteenth and early twentieth centuries in much more intricate, sustained, and imaginative ways than previously suspected. From reprinting and reframing “The Charge of the Light Brigade” in an antislavery newspaper to reimagining David Copperfield and Jane Eyre as mixed-race youths in the antebellum South, writers and editors transposed and transformed works by the leading British writers of the day to depict the lives of African Americans and advance their causes. Central figures in African American literary and intellectual history—including Frederick Douglass, Frances Ellen Watkins Harper, Charles Chesnutt, Pauline Hopkins, and W.E.B. Du Bois—leveraged Victorian literature and this history of engagement itself to claim a distinctive voice and construct their own literary tradition.

In bringing these transatlantic transfigurations to light, this book also provides strikingly new perspectives on both canonical and little-read works by Charles Dickens, George Eliot, Tennyson, and other Victorian authors. The recovery of these works’ African American afterlives illuminates their formal practices and ideological commitments, and forces a reassessment of their cultural impact and political potential. Bridging the gap between African American and Victorian literary studies, Reaping Something New changes our understanding of both fields and rewrites an important chapter of literary history.

Daniel Hack is professor of English at the University of Michigan. He is the author of The Material Interests of the Victorian Novel. 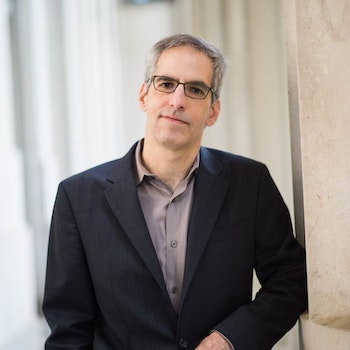 "The first full-length study of this extensive literary dialogue across the Atlantic . . . . There might be thought to be a danger here of undermining African American cultural history by reaffirming the centrality of a white Anglo-American canon. Yet Daniel Hack puts his writers on an equal footing—it is the intertextual dialogue that matters here, above all . . . . Reaping Something New should encourage those who devise modern English Literature courses to include more African American literature, not merely as a specialization option, but as an integral part of the canon."—Ada Coghen, Times Literary Supplement

"[F]ascinating and original. . . . Hack's skill and sensitivity as a literary critic and the thoroughness of his research make Reaping Something New one of the most compelling works of trans-Atlantic literary scholarship to appear in recent years."—Joseph Rezek, Chronicle of Higher Education

"As Hack observes, the relationship between Victorian literature and African American literature has been neglected, and this book fills that gap."—Choice

"Ambitious and elegantly written. . . . By revealing the deep entanglement between two literary traditions that are often treated in isolation, and linking his superb readings to key concerns of African American and Victorian literary studies, Daniel Hack has written the rare book sure to make a lasting impression across multiple fields."—Benjamin Fagan, Nineteenth Century Literature

"Hack not only ranges knowledgeably across but significantly advances the fields of Victorian and nineteenth-century African-American literature. . . . With fine-grained analysis and archival research indispensable to his documentation and analysis of literary borrowing, Hack nonetheless joins forces with Book History scholars and advocates of distance reading to explore the transatlantic, cross-cultural ‘afterlives' of Victorian texts in African-American literature."—Jeannine Marie DeLombard, Review of English Studies

"Reaping Something New is a special book. One leaves it with full awareness that not many critics could have written it, as it requires a deep knowledge of British Victorian texts and a full immersion into nineteenth- century American print culture and with Americanist theory and criticism of the twentieth and twenty-first centuries. . . . This book stands as one of our best arguments for thinking about literary traditions as intertwined and dialogic rather than separate and distinctive."—Melissa Jenkins, Modern Philology

"A compelling and original study of the ways African American writers at the turn of the twentieth century appropriated, revised and reimagined Victorian literature . . . [that] offers a new interpretive model for the conduct of literary scholarship in the future."—Rebecca D. Soares, Dickens Quarterly

"No one has ever put together the rich history of editorial and compositional practices Reaping Something New presents. And few literary and cultural studies match the scrupulous attention Hack gives to each case he brings forward."—Charles Baraw, Journal of British Studies

"Hack registers the ways that the African-American press borrowed key elements of Victorian literature, refashioning them in new contexts to elicit previously unseen meanings—or to shine a particularly bright light on meanings that had been there all along. In their American reworking, the racial politics of the Victorian texts become differently visible. Hack’s immense knowledge of both fields enables him to catch echoes of extraordinarily obscure phrases and to identify authors of pseudonymous work across decades, demonstrating how intimately intertwined American race and Victorian literary forms really were."—Talia Schaffer, Studies in English Literature

"Reaping Something New is unquestionably an important, eye-opening study whose example should inspire further scholarship both within and beyond the fields of African American and Victorian studies. Hack’s close reading at a distance has applications across periods as does the powerful and useful concept of metacitationality. Smart, generative, and a pleasure to read, Hack’s book will be teaching us how to reap new things for years to come."—Brian Sweeney, American Literary History

"[W]hether we should call Reaping Something New ‘close reading at a distance’ or ‘distant reading up close’ is no matter; let us just call it what it is—literary history at is best."—Nicholas T. Rinehart, Modern Language Quarterly

"Reaping Something New bypasses the obvious strategy of scanning Victorian texts for African American characters or settings, asking instead how African American readers and writers appropriated and transformed precisely those Victorian texts whose subject matter appeared most distant from their own lives. By situating the connection between Victorian and African American texts at the level of reception rather than theme, Daniel Hack makes his conclusions both more surprising and more irrefutable. The question he raises about the afterlife of texts is a central one to literary criticism today and his book provides a model for scholars working across literary periods."—Leah Price, author of How to Do Things with Books in Victorian Britain

"Daniel Hack's innovative study of nineteenth-century African American writers' attunement to contemporaneous British writing shows how Victorian literature offered a rich and varied resource for authors such as Frederick Douglass, Charles Chesnutt, Pauline Hopkins, and W.E.B. Du Bois. His insightful analysis of the citation, refiguration, and recontextualization of works by Tennyson, Charles Dickens, and George Eliot gives us a new sense of these texts' signifying capacities and, crucially, sheds light on the social and racial exclusions internal to British literature."—Meredith McGill, Rutgers University

"Making an audacious and persuasive case that African American literature was an archive essential to Victorian literature, and vice versa, Daniel Hack reaps something new about what counts as ‘race' writing. By using African Americanization to reread nineteenth-century literature, he reveals the ghost in the Victorian machine. This is a must-read."—Susan Gillman, University of California, Santa Cruz

"Like Edward Said's Culture and Imperialism or Paul Gilroy's The Black Atlantic, this compelling book promises a transformative reshaping of intellectual history and interpretative practice, helping set the tone for the next generation of scholars. The best kind of literary criticism and cultural history, Reaping Something New represents a major step forward for Victorian and African American studies."—Lloyd Pratt, University of Oxford

"Bold, ambitious, and unprecedented, this landmark study contributes to African American, Victorian, and transatlantic studies by bringing them into illuminating relationship. Revealing the complex aesthetic and rhetorical strategies African American writers developed in response to Victorian literature, Daniel Hack is entirely persuasive that these writers were engaging not in mere allusion, imitation, parody, or displays of cultural capital, but rather a deliberate, self-aware mode of creativity and commentary."—Linda K. Hughes, Texas Christian University