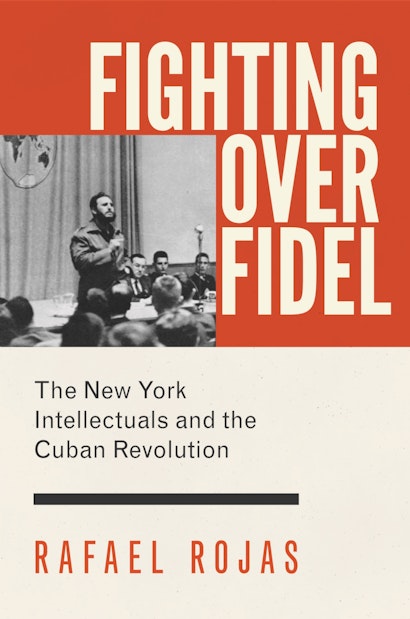 New York in the 1960s was a hotbed for progressive causes of every stripe, including women’s liberation, civil rights, opposition to the Vietnam War—and the Cuban Revolution. Fighting over Fidel brings this turbulent cultural moment to life by telling the story of the New York intellectuals who championed and opposed Castro’s revolution.

Setting his narrative against the backdrop of the ideological confrontation of the Cold War and the breakdown of relations between Washington and Havana, Rafael Rojas examines the lives and writings of such figures as Waldo Frank, Carleton Beals, C. Wright Mills, Allen Ginsberg, Susan Sontag, Norman Mailer, Eldridge Cleaver, Stokely Carmichael, and Jose Yglesias. He describes how Castro’s Cuba was hotly debated in publications such as the New York Times, Village Voice, Monthly Review, and Dissent, and how Cuban socialism became a rallying cry for groups such as the Beats, the Black Panthers, and the Hispanic Left.

Fighting over Fidel shows how intellectuals in New York interpreted and wrote about the Cuban experience, and how the Left’s enthusiastic embrace of Castro’s revolution ended in bitter disappointment by the close of the explosive decade of the 1960s.

Rafael Rojas is professor at the Center for Research and Teaching in Economics in Mexico City. He is one of Cuba's most distinguished cultural critics and a renowned scholar of Latin American history. 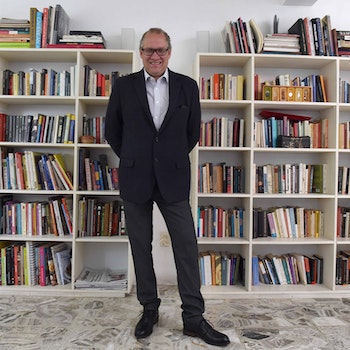 "Rojas has written an oddly captivating account of the Cuban revolution as a moment when . . . two worlds clashed, when a political revolt in one nation upended intellectual forces in another. Rather than focus on Fidel Castro, Che Guevara, John F. Kennedy or the other usual suspects of this Cold War era, Rojas tells the story of the left-wing academics, beat poets, Black Panthers and radical journalists in the United States . . . who initially embraced Cuba's transformations only to splinter over Castro's repression of individual freedoms and the island's move toward the Soviet orbit."—Carlos Lozada, Washington Post

"Rojas uses Fighting Over Fidel to examine the wild crew of radical writers and left-wing thinkers in the United States as they struggled to understand Castro. . . . Fighting Over Fidel is an important book, a vital book, in tracing the paths by which we arrived at our situation."—Joseph Bottum, Washington Free Beacon

"Considered together, the portraits of Fighting Over Fidel are rich and erudite, and the book arrives at an important moment."—Patrick Iber, Los Angeles Review of Books

"Rojas's discussion of the American left-wing intellectual support for the Cuban Revolution is a stimulating invitation to revisit a seminal period in the development of the US left."—Samuel Farber, Jacobin

"Rojas reminds us that our utopias are often inspired by other shores and that New York and Havana have had a deep and entangled intellectual past. Beautifully written, Fighting over Fidel evokes a time when socialism had international horizons and could summon the energies of some of America's leading intellectuals."—Jeremy Adelman, author of Worldly Philosopher: The Odyssey of Albert O. Hirschman

"In the 1960s, Left politics in the United States and revolutionary rule in Cuba combined to infuriate U.S. anticommunist politicians, support Fidel Castro's government, and engage the Left in fabulously articulate and endlessly fascinating polemics. Rojas insightfully examines the encounter by New York's leading Left intellectuals with revolutionary Cuba, shedding light on the intertwining of American cultural politics and the politics of culture in Cuba. A great read."—Jorge I. Domínguez, Harvard University

"This is an enlightening and brilliantly written book. Rojas shows how leftist intellectuals in America who were initially sympathetic to the Cuban Revolution became divided as it took on a Marxist-Leninist perspective, and divided again when Castro aligned with the Soviets. I know of no other book on the subject that covers so wide a range of intellectuals and activists."—Stanley Aronowitz, author of Taking It Big: C. Wright Mills and the Making of Political Intellectuals

"Fighting over Fidel is a significant work of scholarship. Rojas has done exhaustive research on this topic and his book reflects it."—Lisandro Pérez, coauthor of The Legacy of Exile: Cubans in the United States