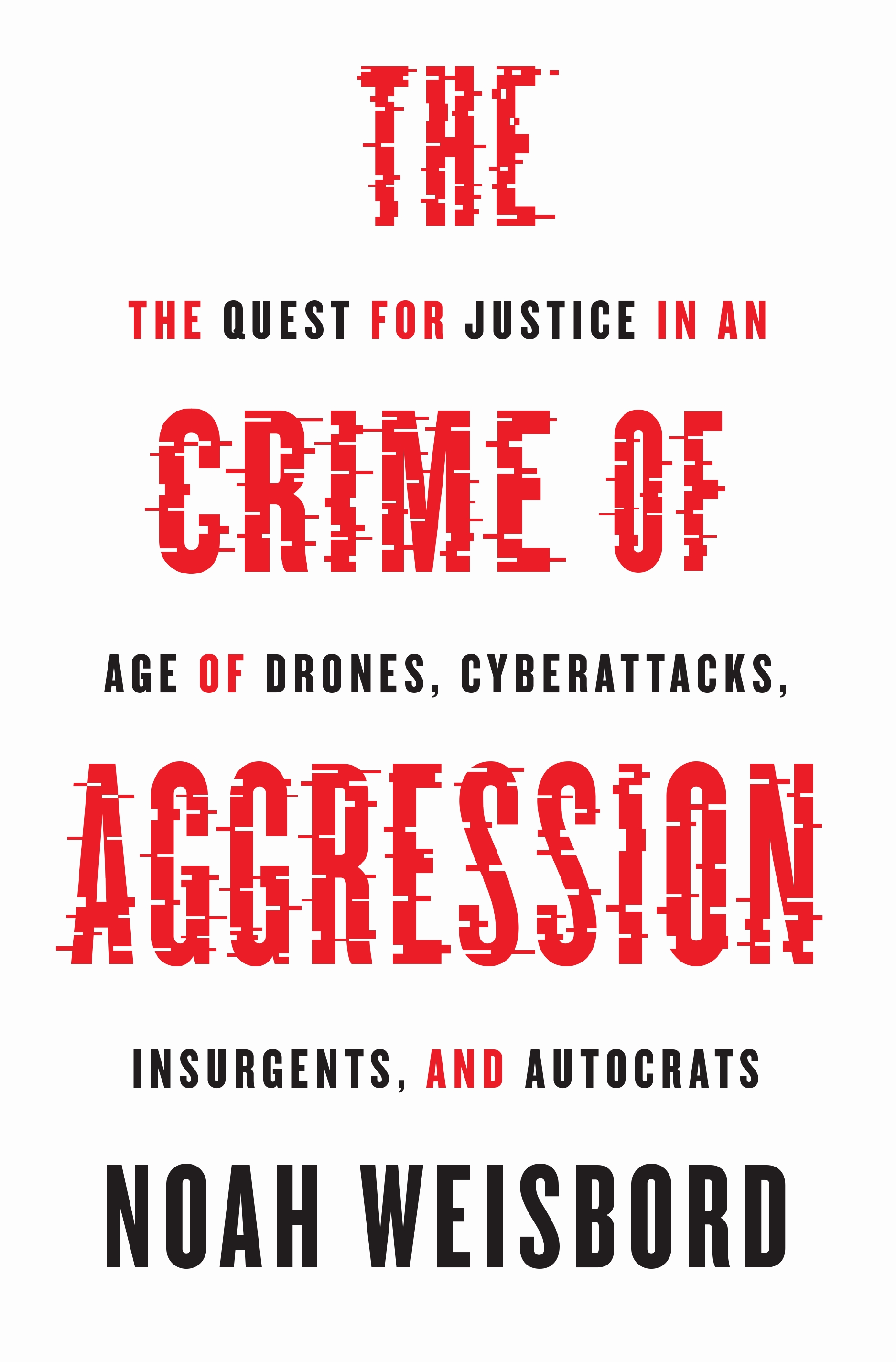 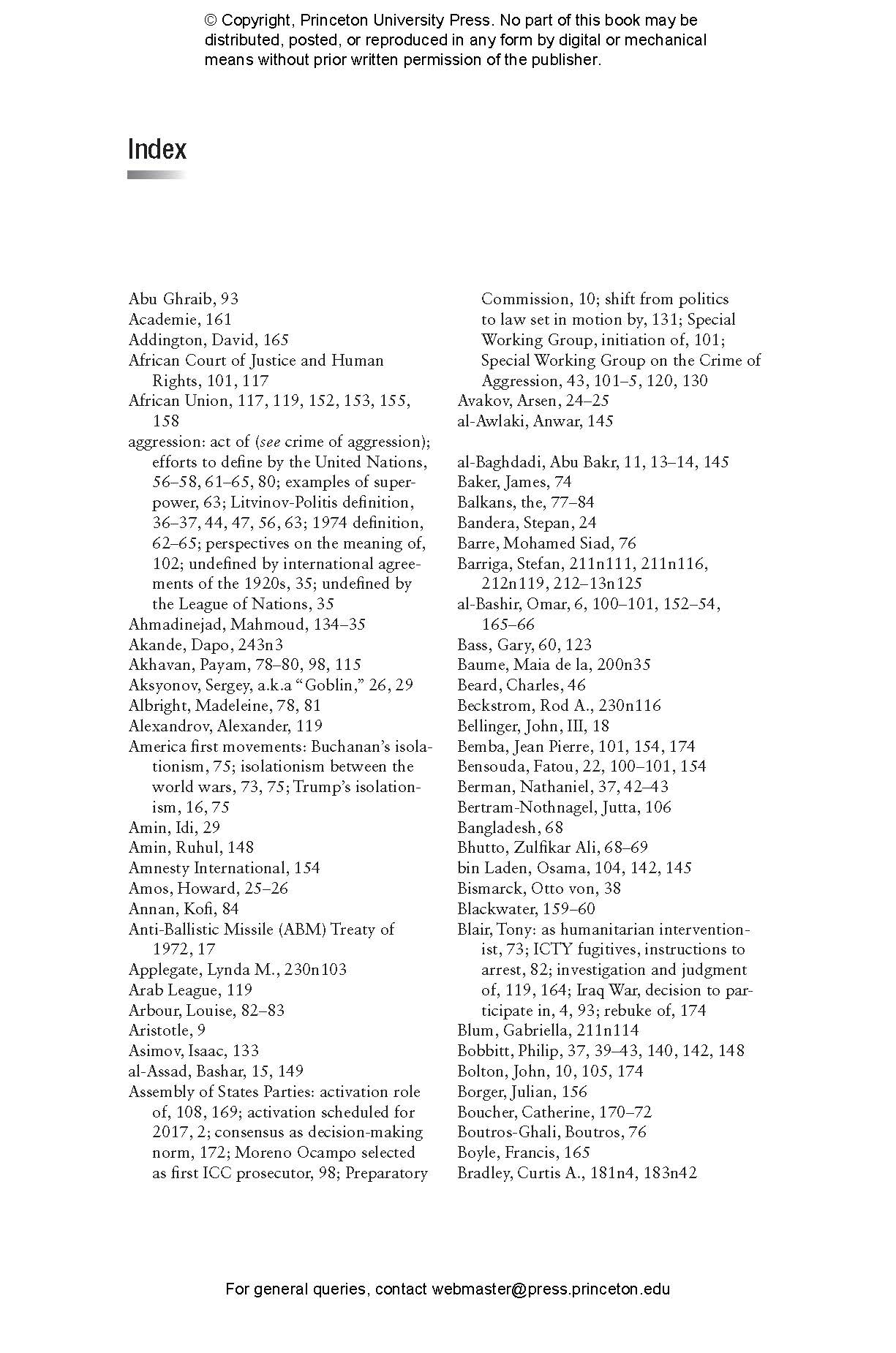 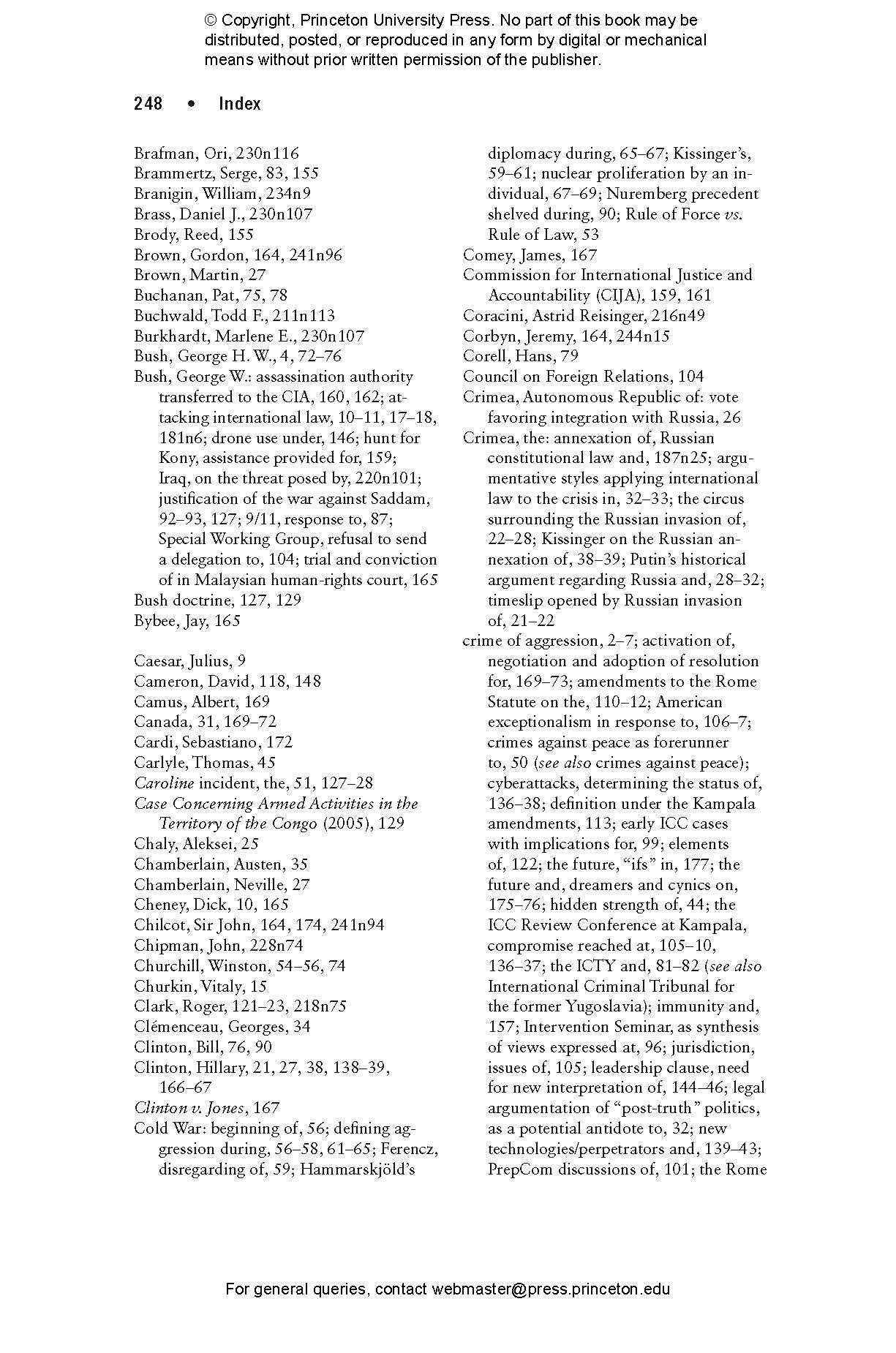 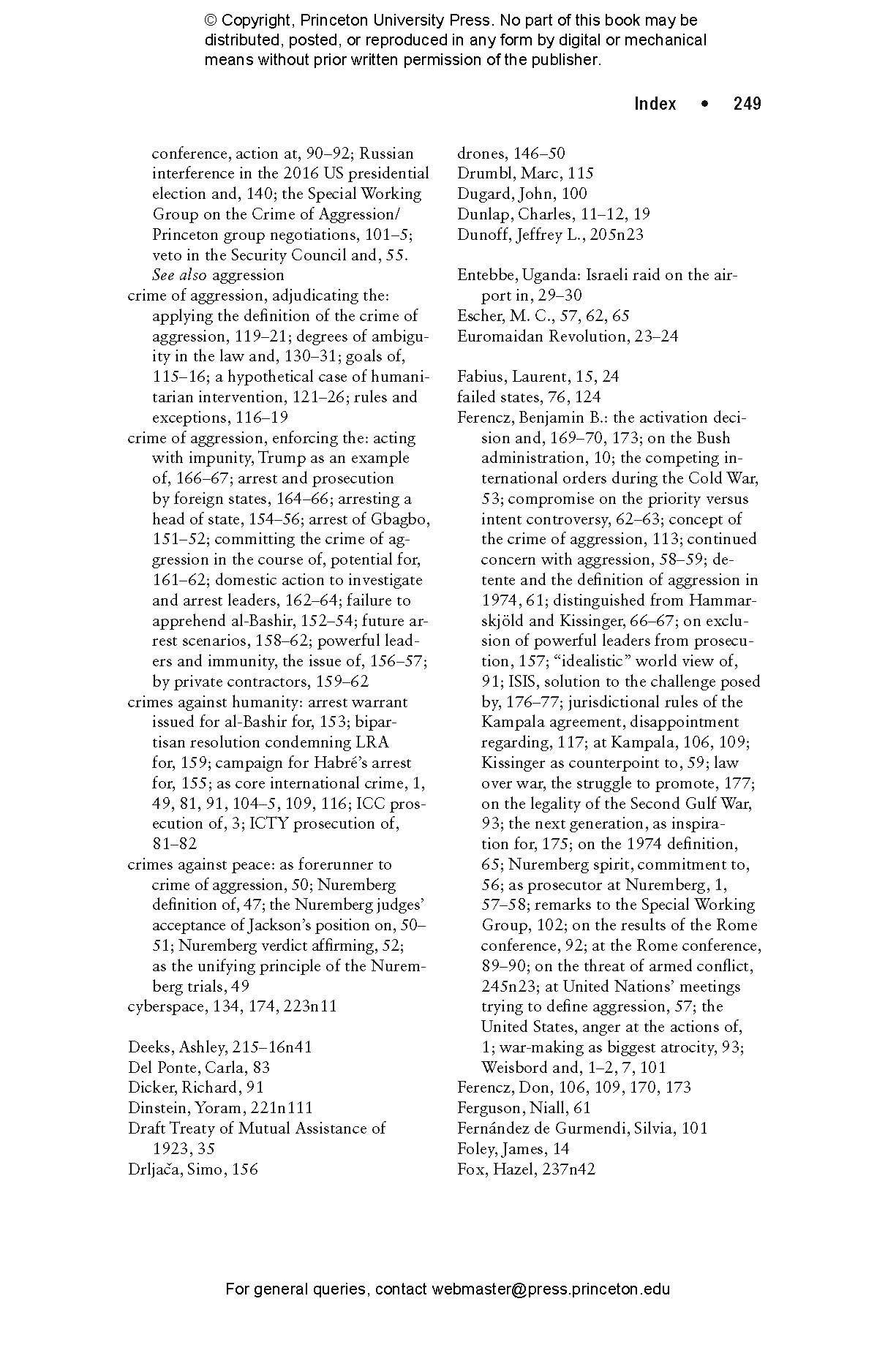 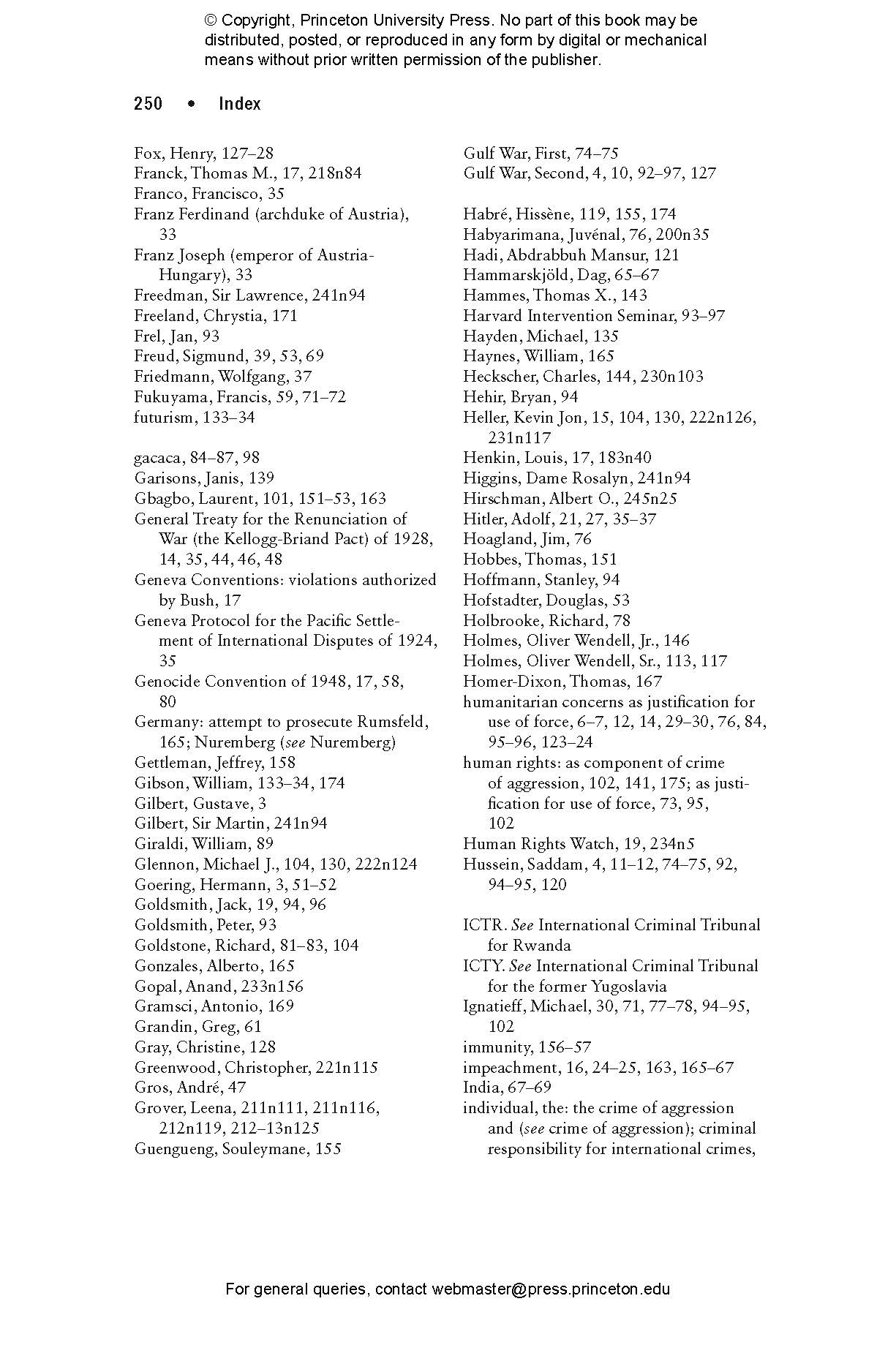 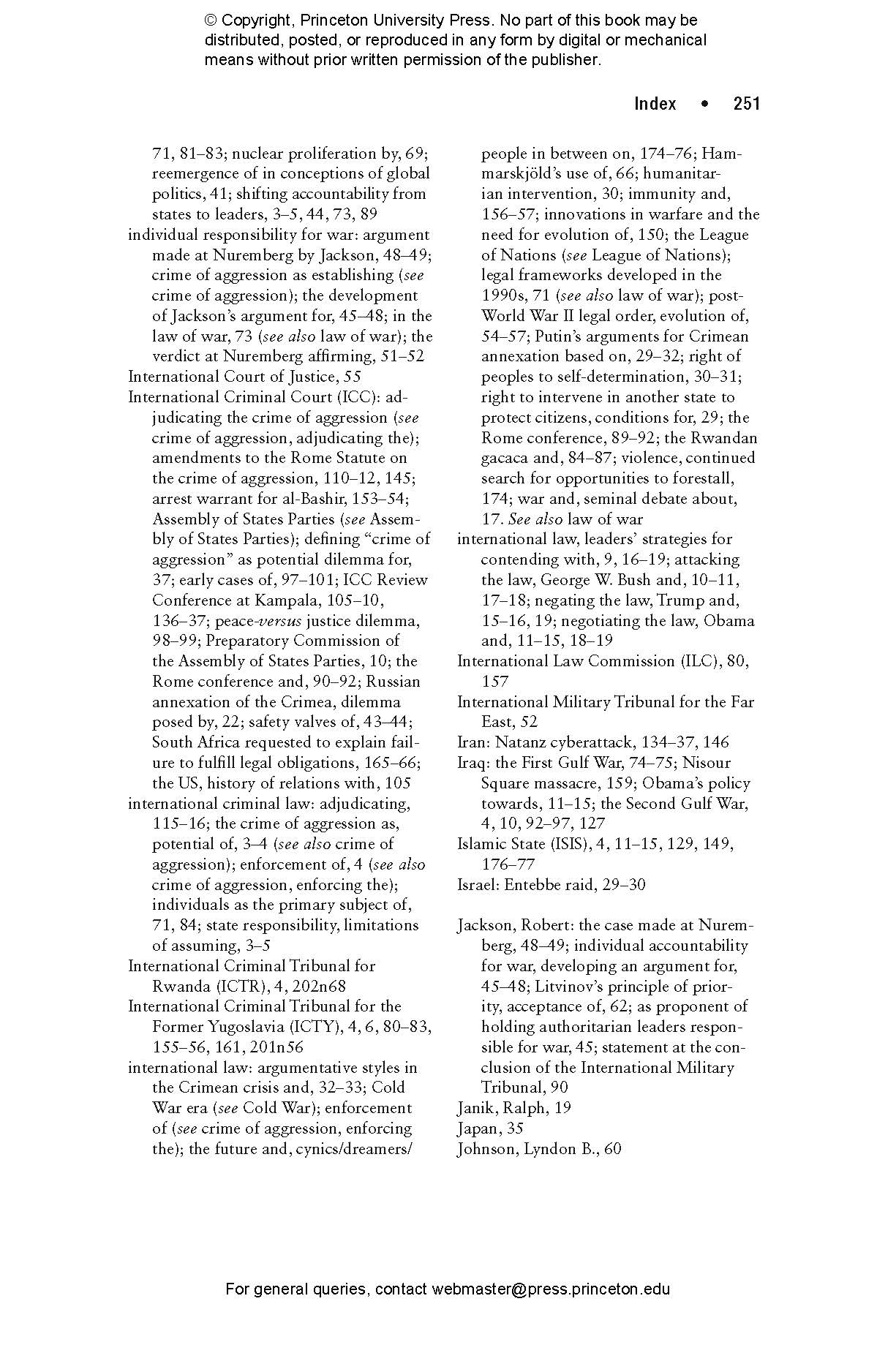 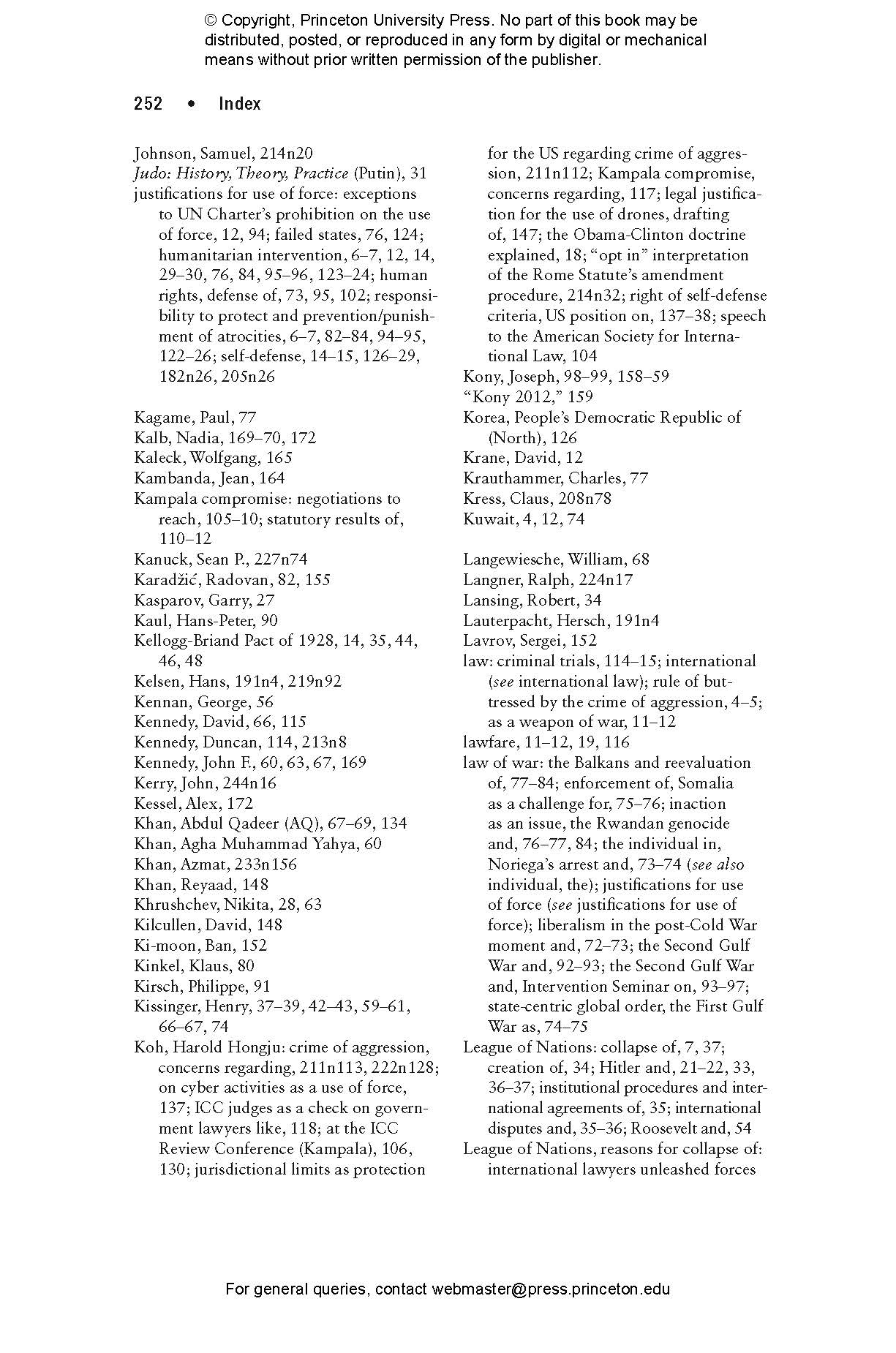 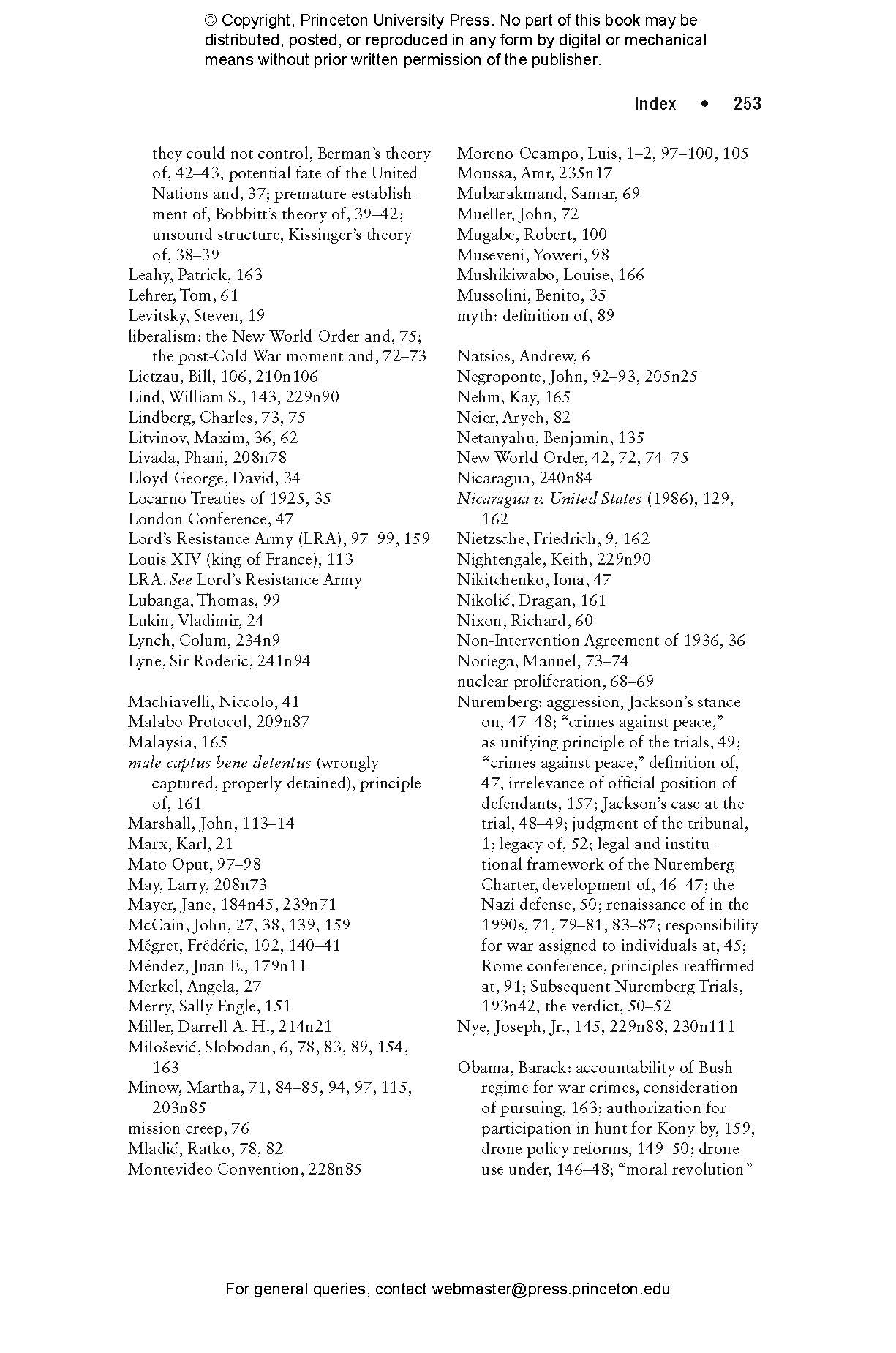 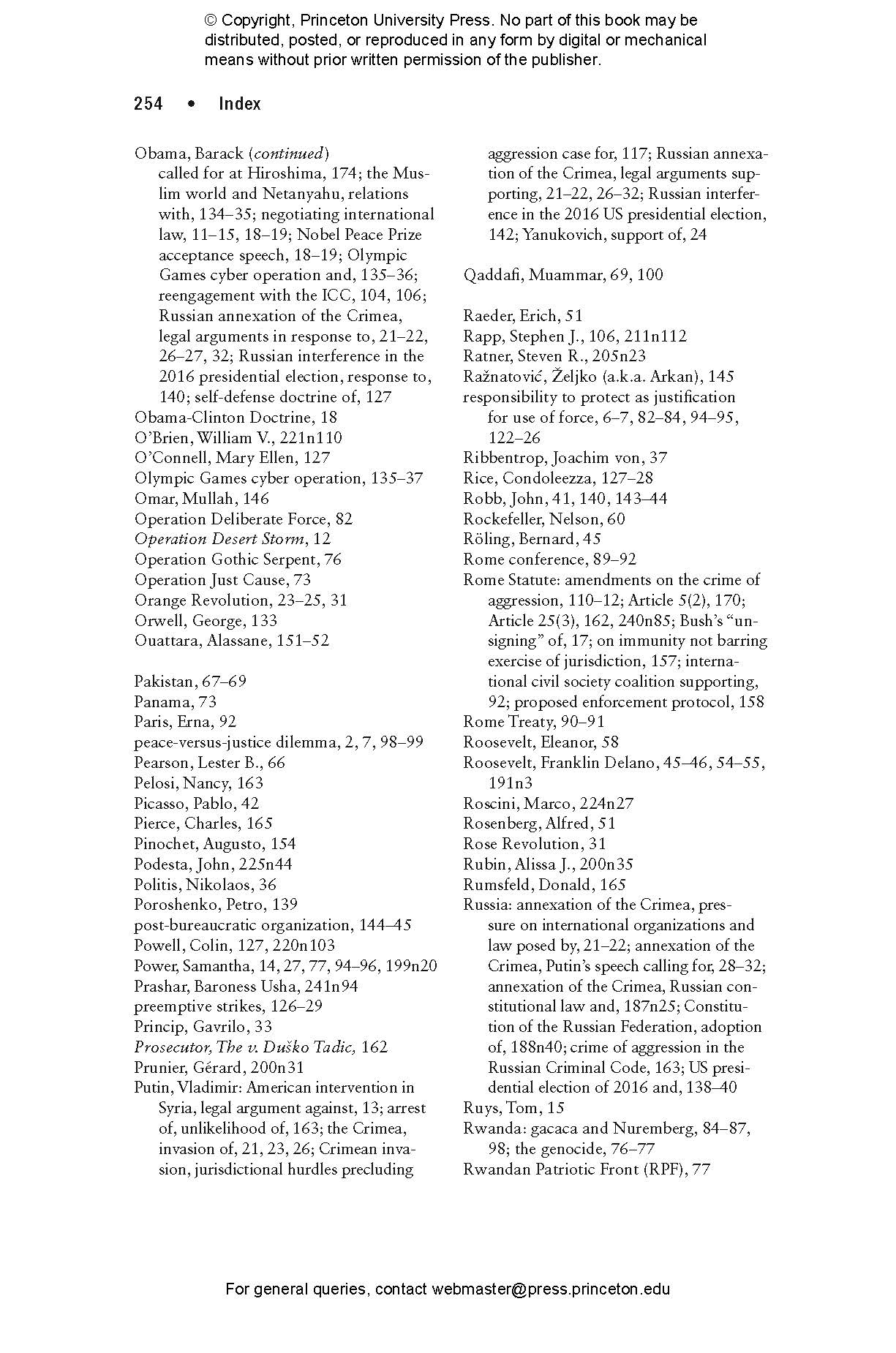 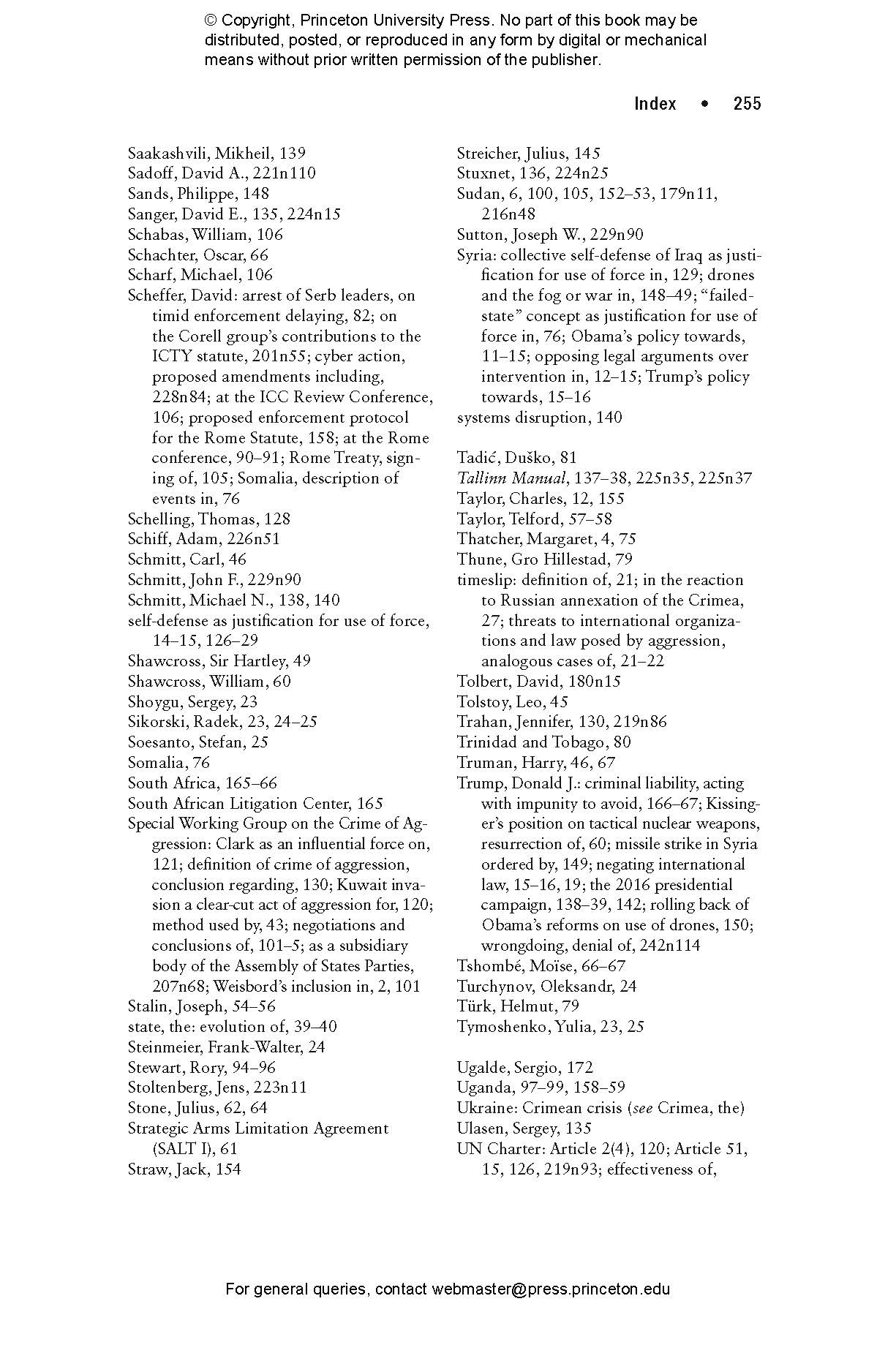 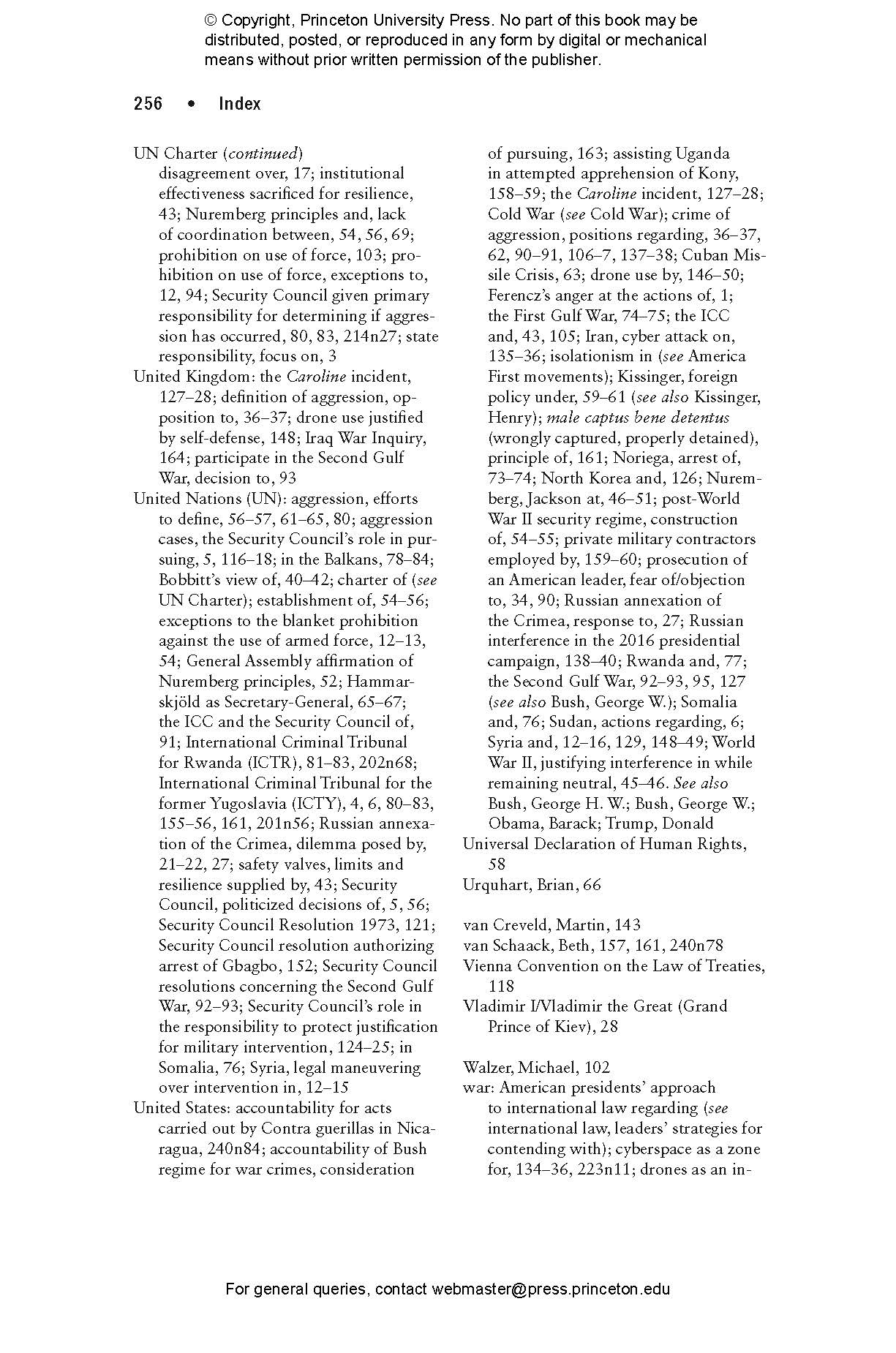 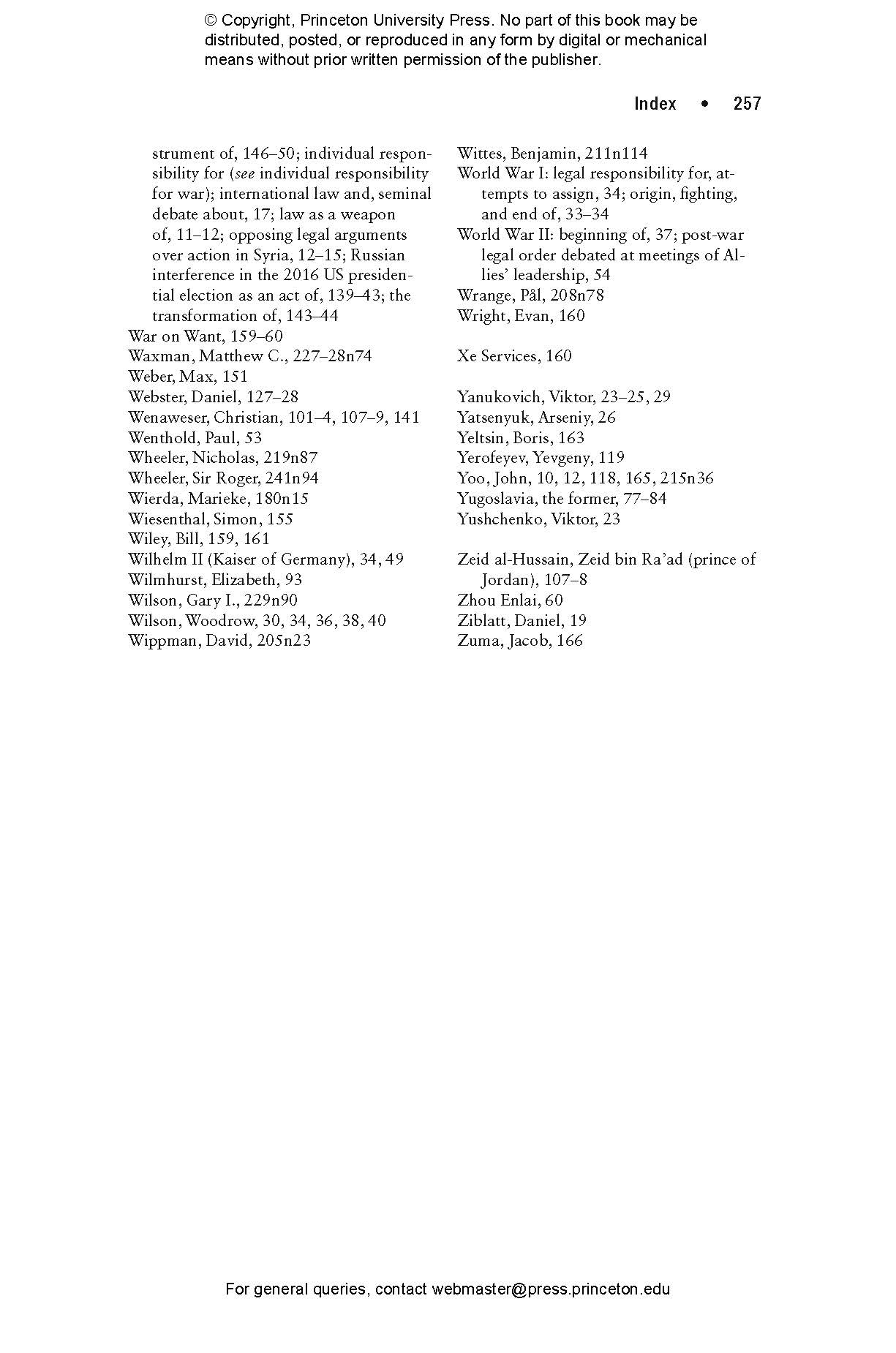 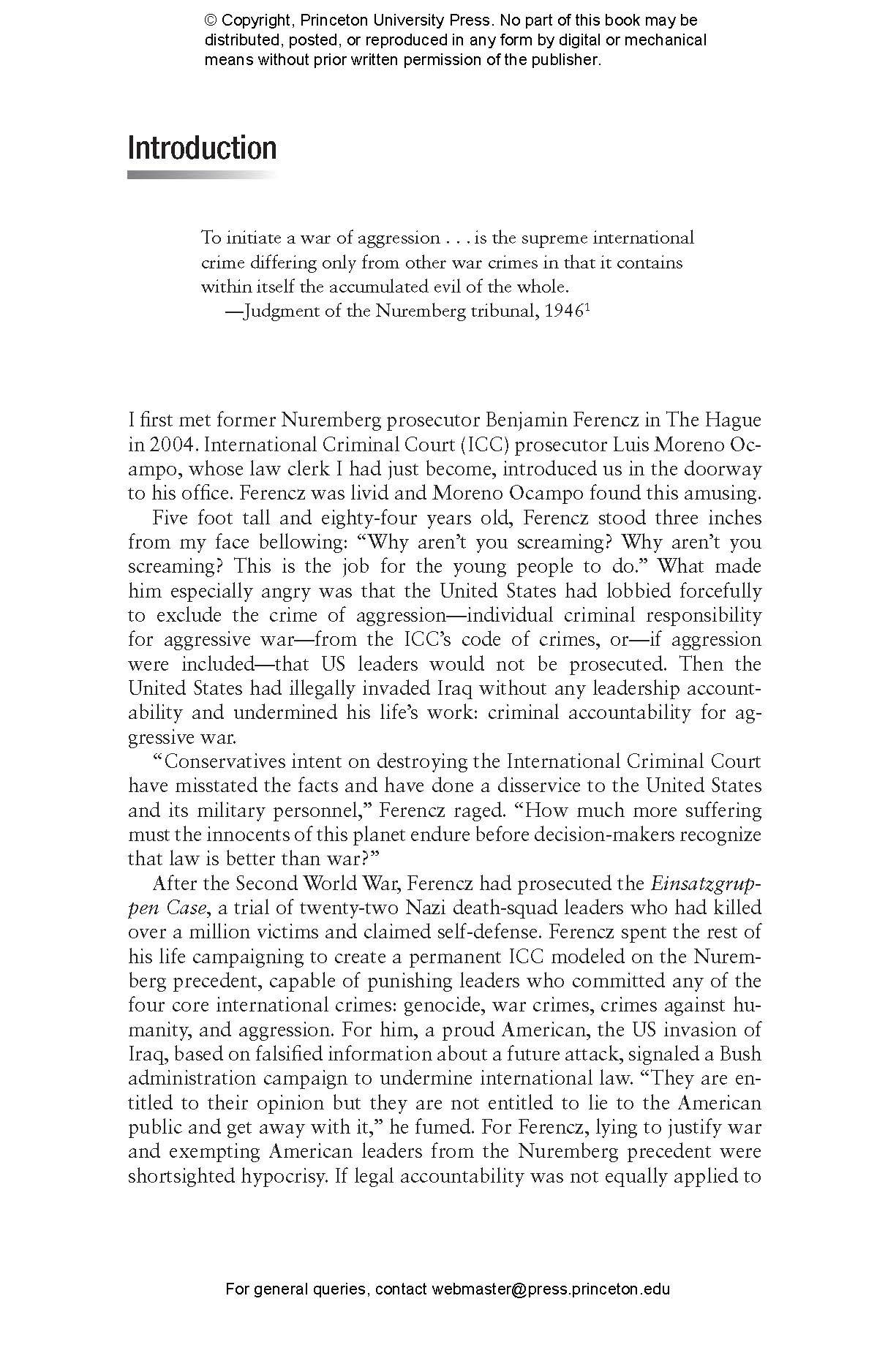 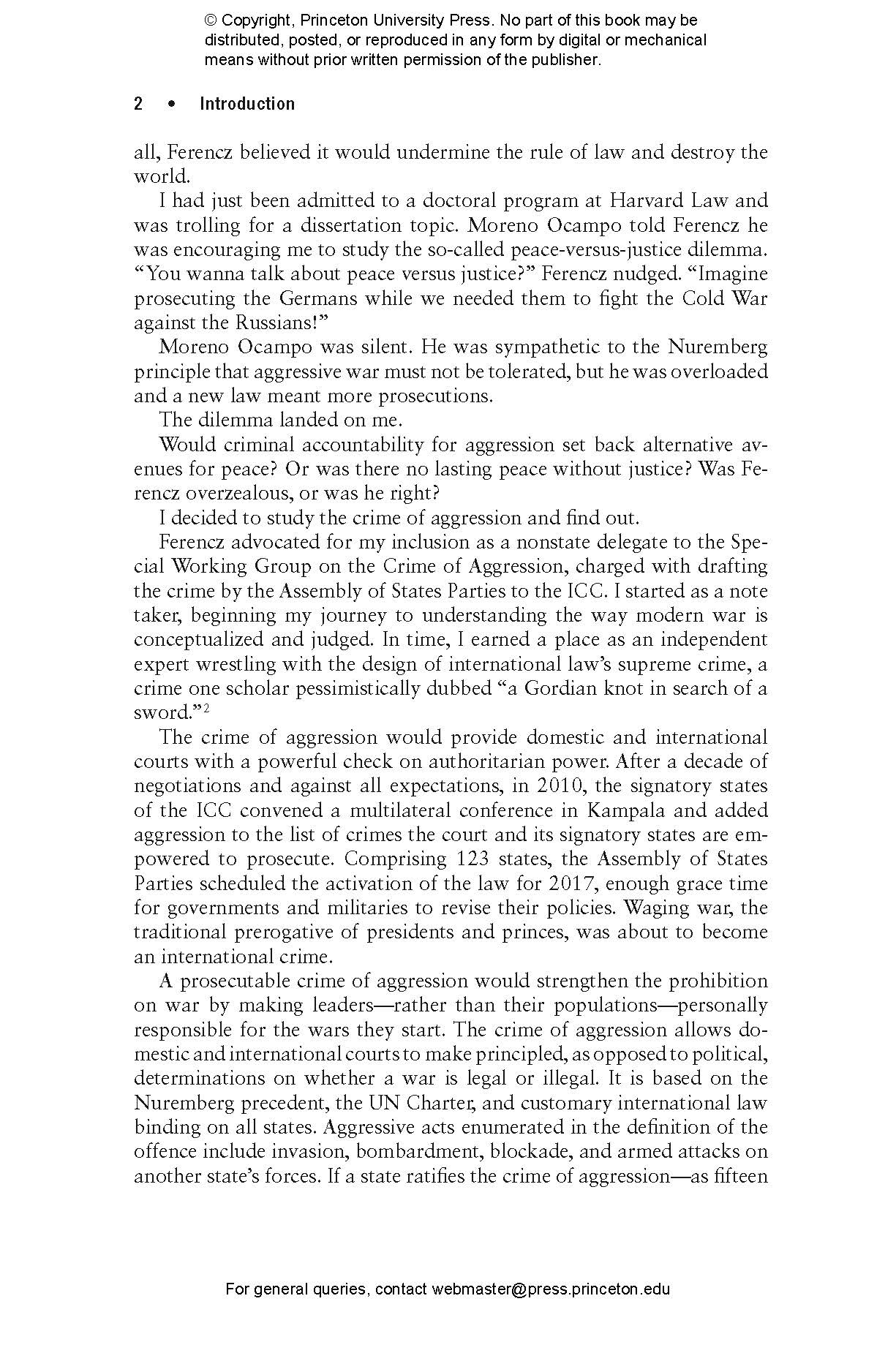 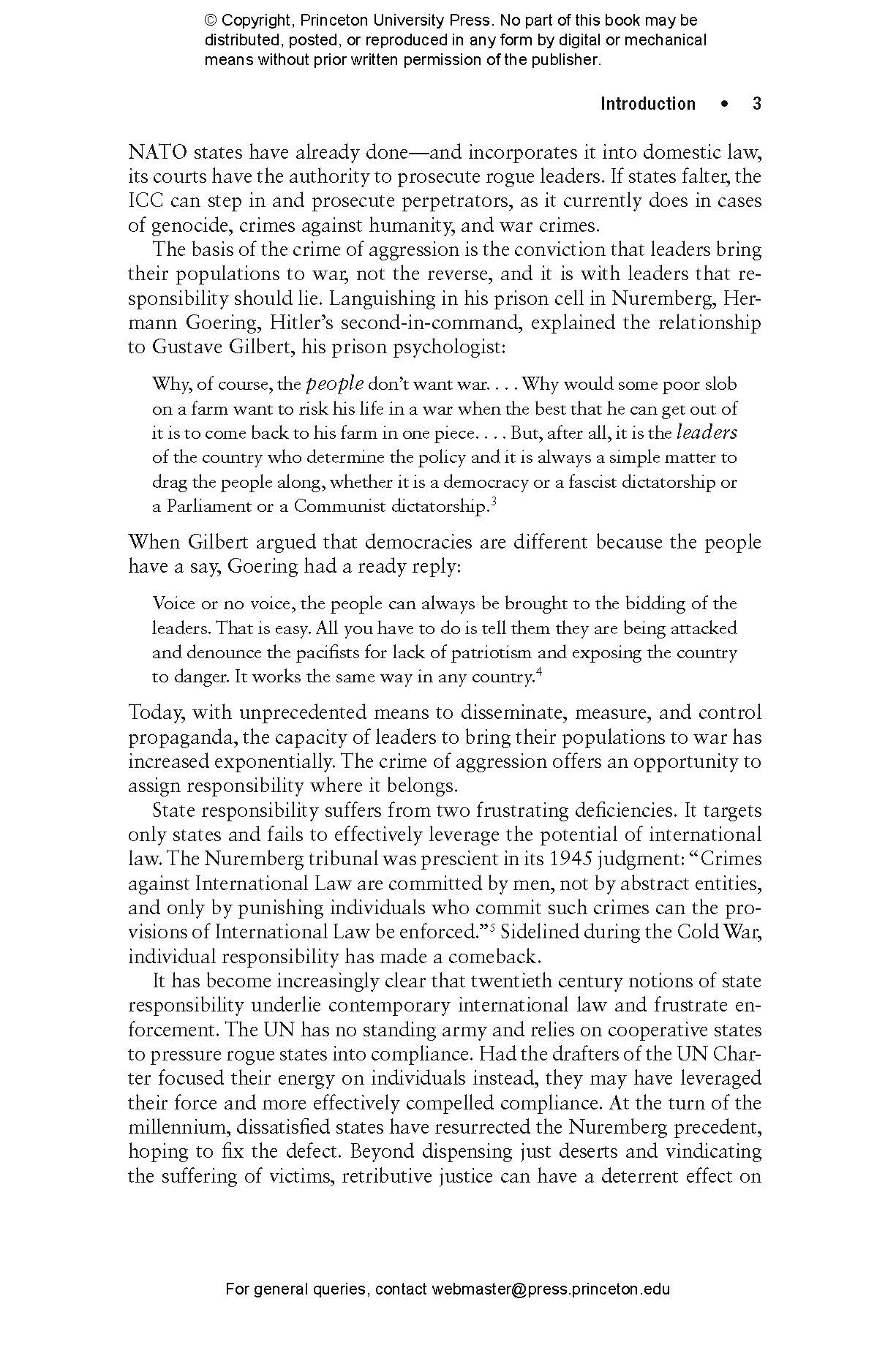 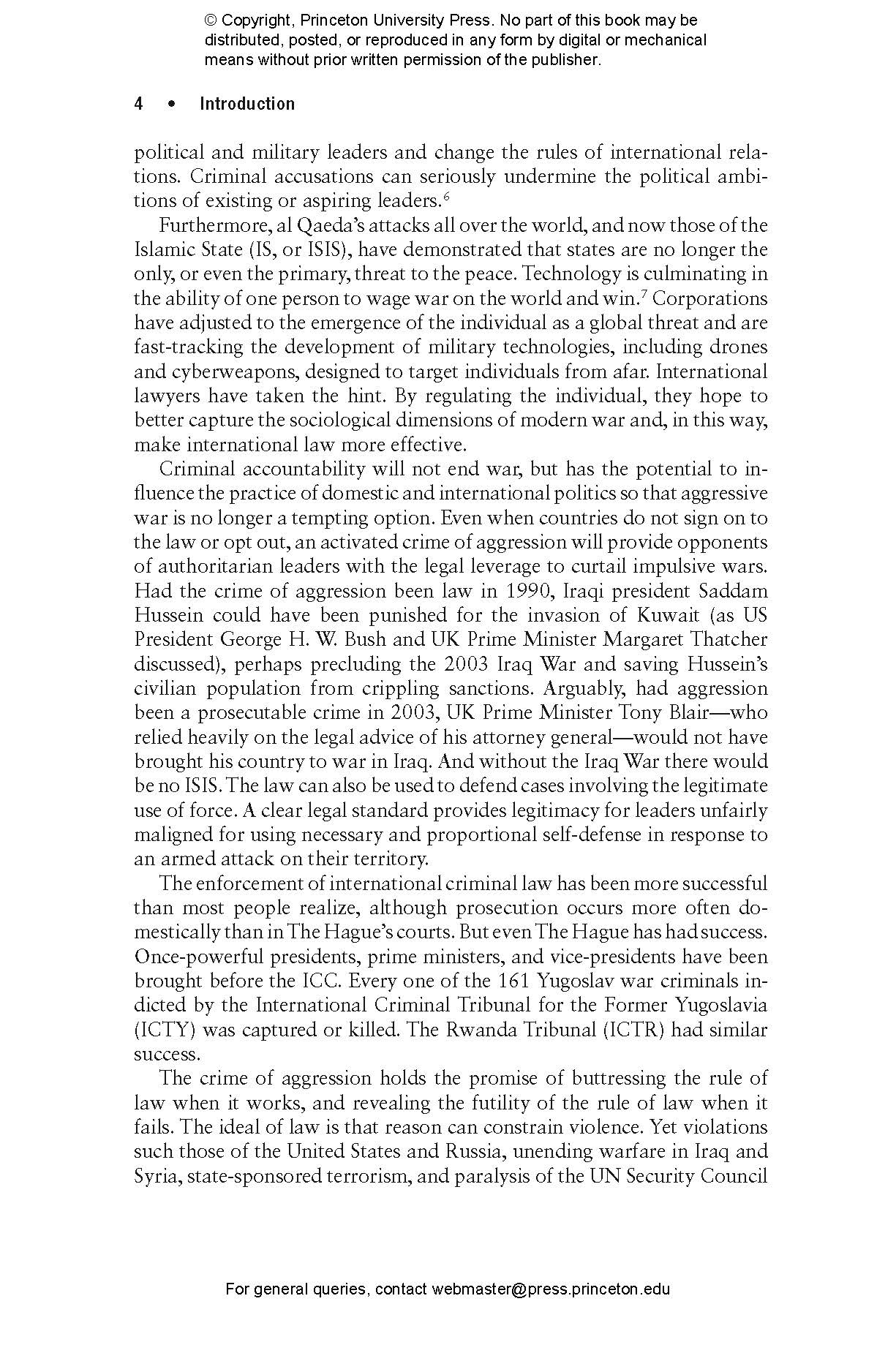 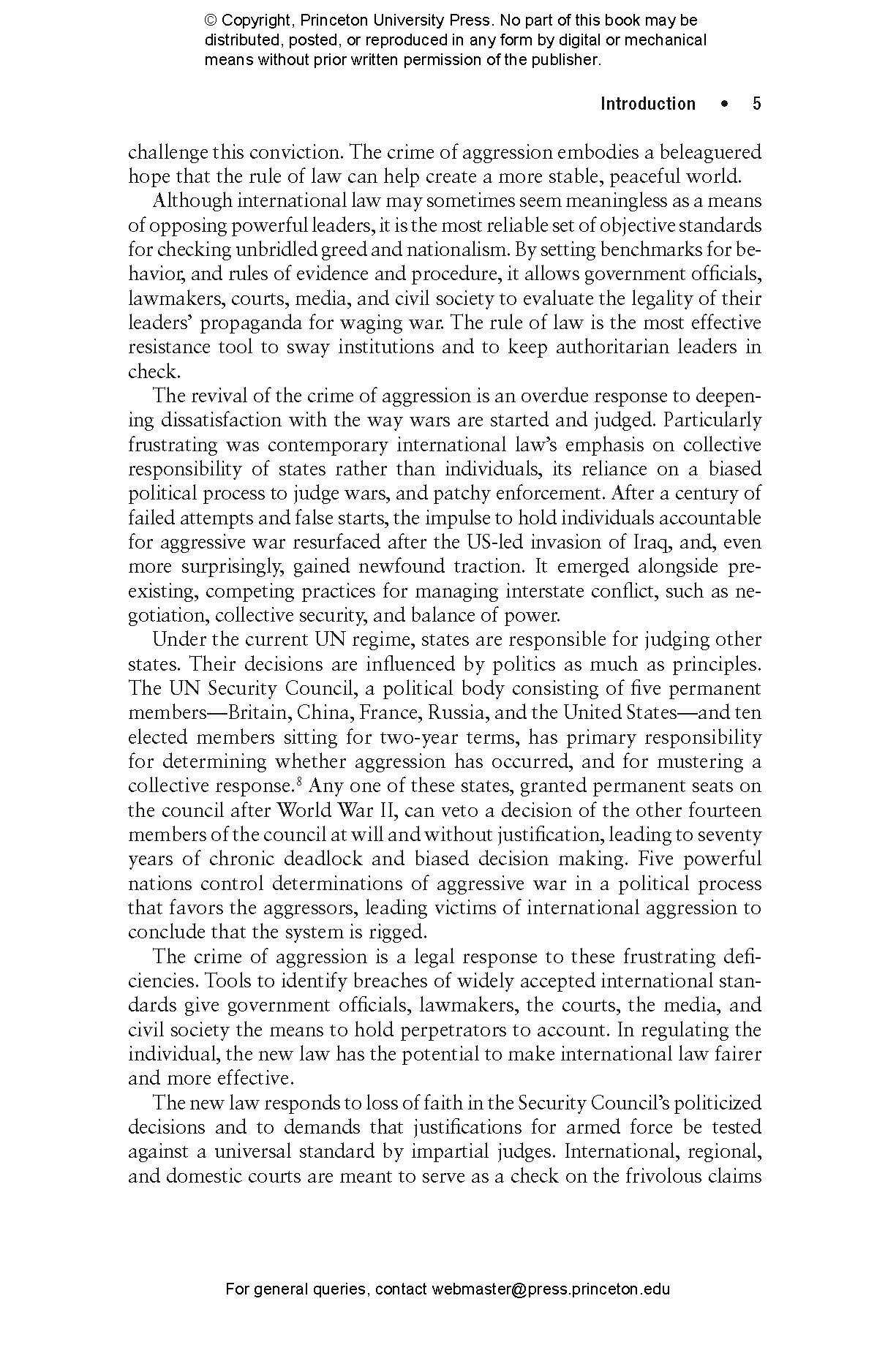 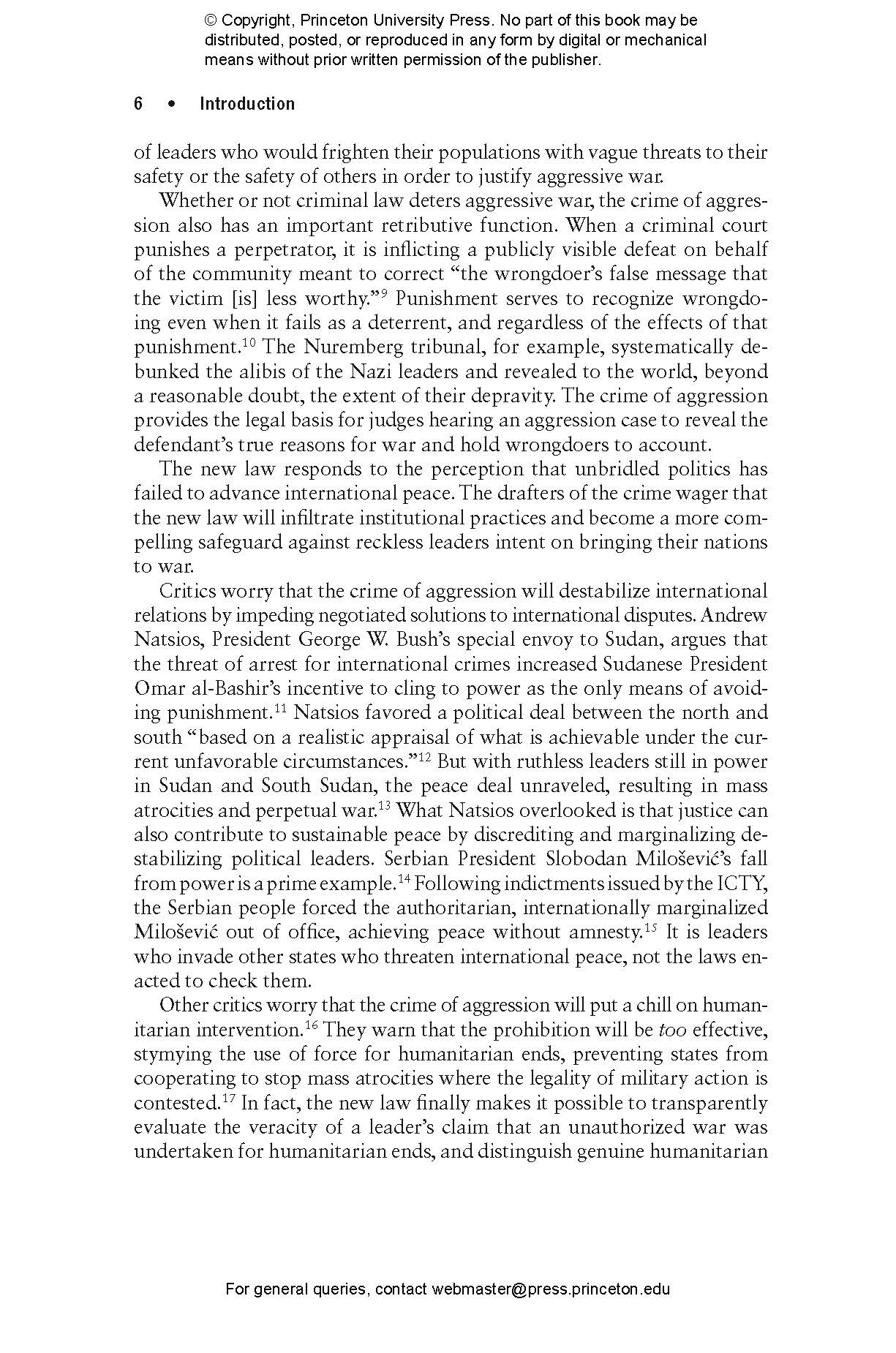 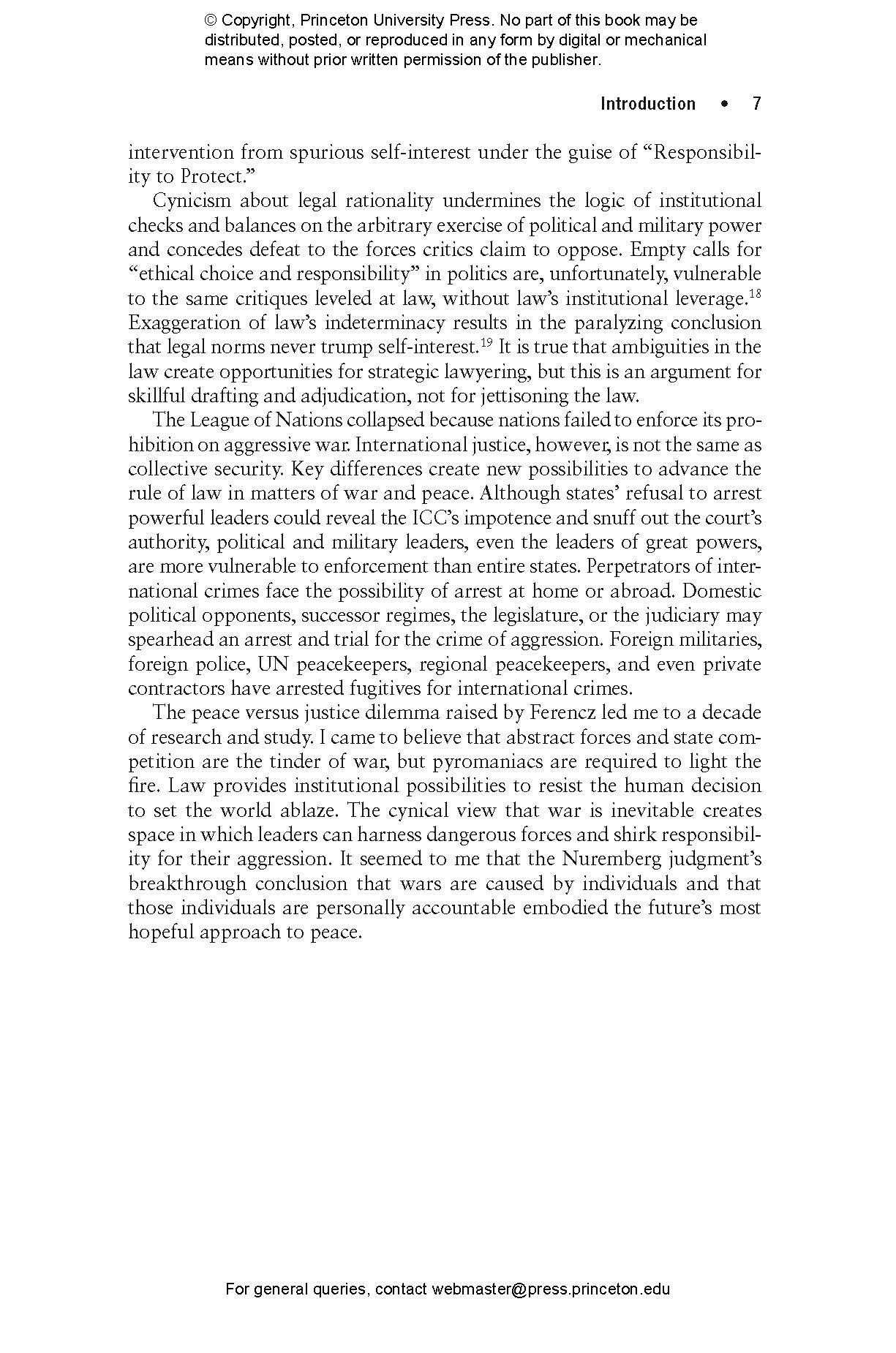 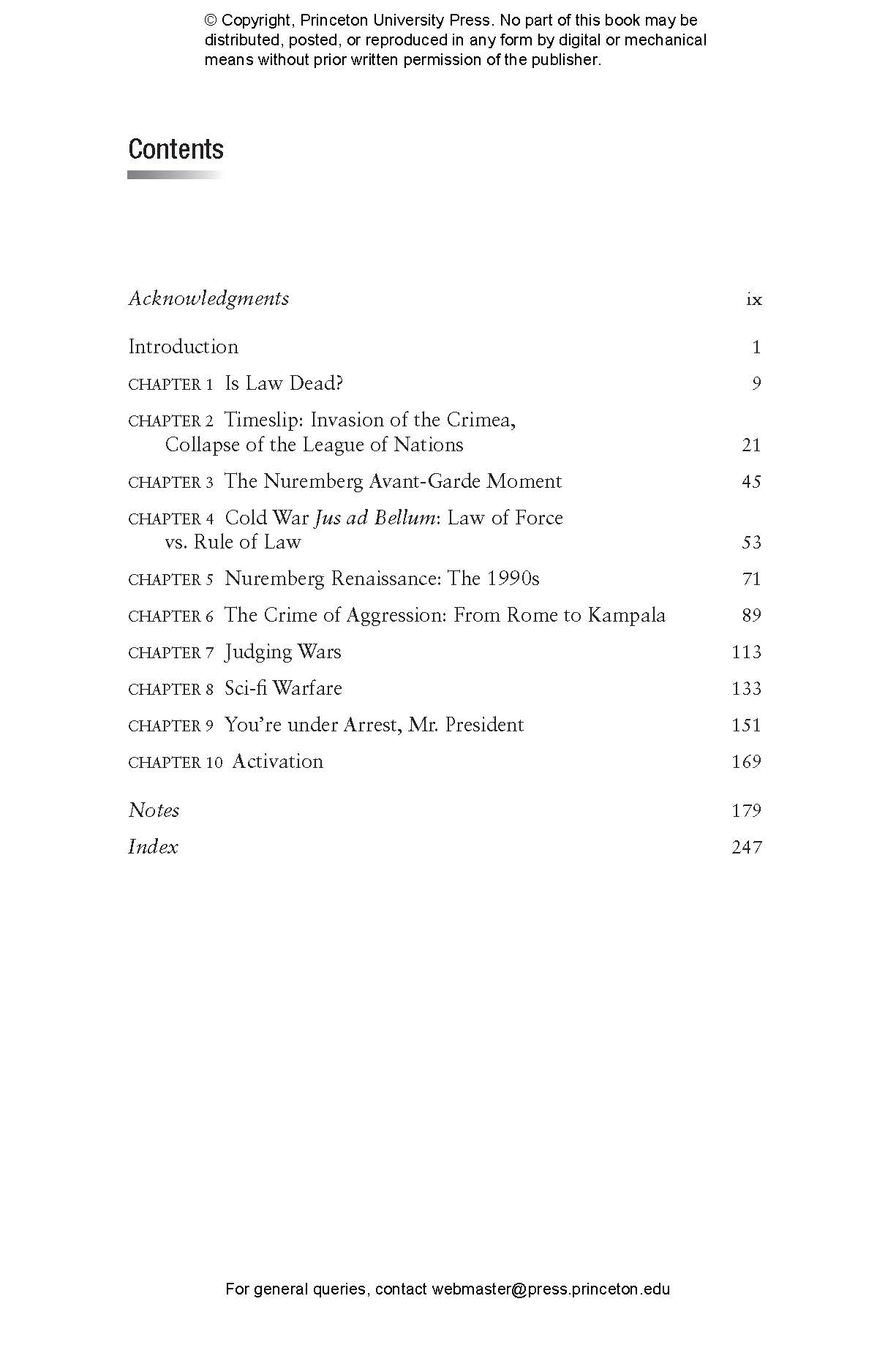 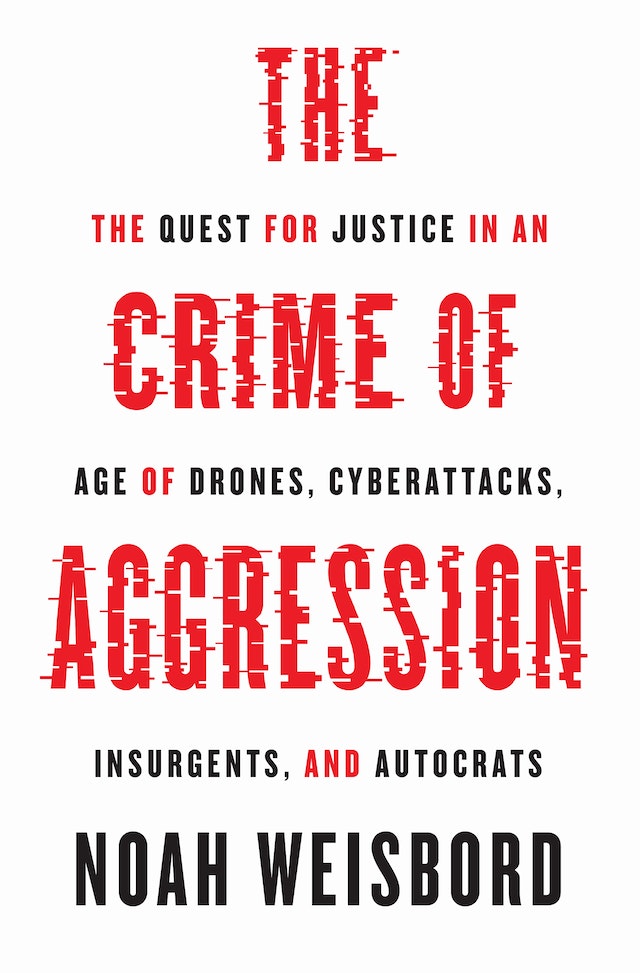 On July 17, 2018, starting an unjust war became a prosecutable international crime alongside genocide, crimes against humanity, and war crimes. Instead of collective state responsibility, our leaders are now personally subject to indictment for crimes of aggression, from invasions and preemptions to drone strikes and cyberattacks. The Crime of Aggression is Noah Weisbord’s riveting insider’s account of the high-stakes legal fight to enact this historic legislation and hold politicians accountable for the wars they start.

Weisbord, a key drafter of the law for the International Criminal Court, takes readers behind the scenes of one of the most consequential legal dramas in modern international diplomacy. Drawing on in-depth interviews and his own invaluable insights, he sheds critical light on the motivations of the prosecutors, diplomats, and military strategists who championed the fledgling prohibition on unjust war—and those who tried to sink it. He untangles the complex history behind the measure, tracing how the crime of aggression was born at the Nuremberg trials only to fall dormant during the Cold War, and he draws lessons from such pivotal events as the collapse of the League of Nations, the rise of the United Nations, September 11, and the war on terror.

The power to try leaders for unjust war holds untold promise for the international order, but also great risk. In this incisive and vitally important book, Weisbord explains how judges in such cases can balance the imperatives of justice and peace, and how the fair prosecution of aggression can humanize modern statecraft.

"Noah Weisbord has written as masterful an account of the century of legal toil dedicated to corralling the human urge to wage war as has yet found two covers . . . . Weisbord’s work is that rarest of writings on legal matters: a kind of Decameron, a thoughtfully interconnected set of what might well be abstruse concepts, but told as a series of parables, aperçus, and case studies."—Brendan Howley, Literary Review of Canada

"[This] insightful book . . . offers a valuable and provocative thesis . . . . The time is ripe to align with thinkers such as Weisbord, who advance a bold step forward for the restoration of relative peace rather than descend in a hopeless spiral of endless, grievous aggression against fellow human beings."—Shelley Walia, Frontline

"Weisbord’s prophetic voice . . . should be heard and attended to by any human rights organization aiming at genuine pertinency in the 2020s and beyond."—Brian Philips, Journal of Human Rights Practice

"Richly textured, eminently readable. . . . Masterful. . . . Riveting. . . . Overall, the book’s engaging style and readability make it an ideal companion to a broad variety of courses in international law and international relations. It should also, in my view, be on the recommended reading list for governmental and intergovernmental lawyers, including military lawyers, who must address legal issues related to the use of force and international criminal law. The book provides an especially useful starting point for those lawyers as they begin to wrestle with the complex applications of the crime of aggression in actual practice."—Laura Dickinson, The American Journal of International Law

“Weisbord provides a remarkably accessible account of the effort to impose individual criminal liability for the waging of wars of aggression. This rich, multilayered book is a welcome addition to the scholarship on the crime of aggression and the history of international law more broadly.”—Payam Akhavan, author of In Search of a Better World: A Human Rights Odyssey

“A highly informative, beautifully written, compelling account of what the activation of the International Criminal Court’s jurisdiction over the crime of aggression means in a world of evolving technologies and new paradigms of war making. Weisbord’s vivid contextualization of critical issues based on detailed real-life case studies is both riveting and insightful.”—Donald M. Ferencz, Middlesex University School of Law and University of Oxford

"With the rules-based global order under siege, The Crime of Aggression is a timely and valuable reminder of the powerful potential of international law. Weisbord's realistic but optimistic grasp of world politics offers a better way to deal with the worst of the worst, even as he argues for us all to fashion strong institutions for a more just world."—Guy Lawson, New York Times bestselling author of War Dogs

“How much suffering must we endure before learning that law is better than war? Giving an insider’s account of the long struggle to make aggression a crime, Noah Weisbord traces politicized negotiations across decades even as nations acquired nuclear bombs and pushed aggression into cyberspace, biological weapons, and drones. Today, groups smaller than states can wreak devastating violence around the world, but Weisbord holds out hope that law can reframe politics and aggression.”—Martha Minow, Harvard Law School

“A book of singular importance, intelligence, and insight, on a subject of enduring significance.”—Philippe Sands, author of East West Street: On the Origins of “Genocide” and “Crimes against Humanity”

"Noah Weisbord brings us an essential eyewitness account of the drama surrounding the crafting of the law against crimes of aggression. Drawing on his own experiences as a participant in those historic proceedings, he describes how advocates of the rule of law struggled to universalize the Nuremberg principle of holding political leaders—not nations and citizens—accountable for unjust wars."—Harold Crooks, award-winning screenwriter of Pax Americana and the Weaponization of Space

"A delight to read. This remarkable book provides a breathtaking account of the fight for the rule of law in international affairs. Noah Weisbord is an idealistic realist, a sharp legal mind with an acute sense of history."—Peter Leuprecht, author of Reason, Justice, and Dignity: A Journey to Some Unexplored Sources of Human Rights

“This engrossing book puts a human face on the crime of aggression.”—David Scheffer, author of All the Missing Souls: A Personal History of the War Crimes Tribunals