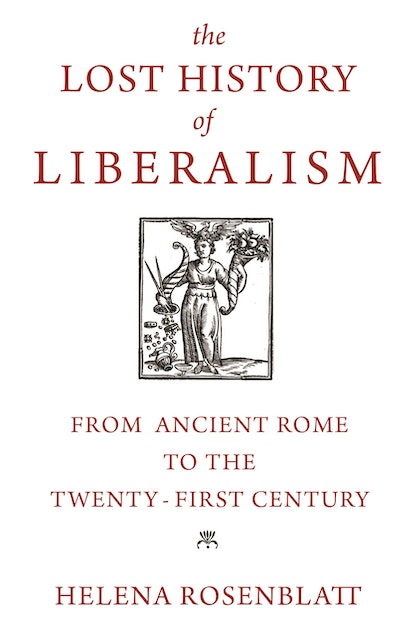 The Lost History of Liberalism challenges our most basic assumptions about a political creed that has become a rallying cry—and a term of derision—in today’s increasingly divided public square. Taking readers from ancient Rome to today, Helena Rosenblatt traces the evolution of the words “liberal” and “liberalism,” revealing the heated debates that have taken place over their meaning.

In this timely and provocative book, Rosenblatt debunks the popular myth of liberalism as a uniquely Anglo-American tradition centered on individual rights. She shows that it was the French Revolution that gave birth to liberalism and Germans who transformed it. Only in the mid-twentieth century did the concept become widely known in the United States—and then, as now, its meaning was hotly debated. Liberals were originally moralists at heart. They believed in the power of religion to reform society, emphasized the sanctity of the family, and never spoke of rights without speaking of duties. It was only during the Cold War and America’s growing world hegemony that liberalism was refashioned into an American ideology focused so strongly on individual freedoms.

Today, we still can’t seem to agree on liberalism’s meaning. In the United States, a “liberal” is someone who advocates big government, while in France, big government is contrary to “liberalism.” Political debates become befuddled because of semantic and conceptual confusion. The Lost History of Liberalism sets the record straight on a core tenet of today’s political conversation and lays the foundations for a more constructive discussion about the future of liberal democracy.

Helena Rosenblatt is professor of history at the Graduate Center, City University of New York. Her many books include Liberal Values: Benjamin Constant and the Politics of Religion and Thinking with Rousseau: From Machiavelli to Schmitt. She lives in New York City. 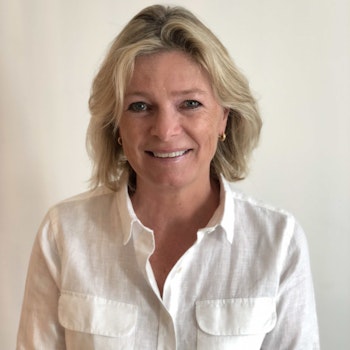 "Rosenblatt has meticulously researched the word’s history, unearthing forgotten meanings. She moves from liberalism’s roots in 19th century France and Germany to its growing association with the United States in the 20th century. Gradually, an idea that began as moralistic — and warned against the dangers of selfishness — underwent a transformation. After World War II, conservatives associated liberalism with the kind of grand social schemes they believed led to totalitarianism. Liberals retreated to a position that emphasized individual rights but not necessarily generosity toward others. Rosenblatt invites a return to this broader, Wisconsin-style view."—M.J. Andersen, Boston Globe

"Lively and penetrating. . . . Rosenblatt shows that liberalism has survived thanks to its appeal as a moral ideal, a vision of political community that is based not just on interests but also on values: respect, tolerance, and justice."—G. John Ikenberry, Foreign Affairs

"[Rosenblatt] presents liberals as moralists and debunks the notion of liberalism as so exclusively an Anglo-American phenomenon."—Tyler Cowen, Marginal Revolution

"In writing another beautifully balanced, intellectually vibrant synthesis of thinkers and themes she knows incredibly well in a very readable style, Rosenblatt offers a simple reminder that there was nothing natural about the evolution of Anglo-American liberalism into liberal democracy and that, because of this, it certainly need not be our modern fate."—Duncan Kelly, Literary Review

"A dispassionate overview of the term and concepts of liberalism—how it emerged, evolved, diversified, and alienated. Rosenblatt (History/Graduate Center, CUNY) has published previous works about liberalism (Liberal Values: Benjamin Constant and the Politics of Religion, 2008, etc.), and she brings considerable scholarly substance to this work, though most of it forms the infrastructure for the accessible text. . . . There are some true surprises here, too, perhaps most notably the initial liberal opposition to women's rights and a fondness for eugenics in the late 19th and early 20th centuries. The author also notes, surprisingly, that factions within various liberal movements were opposed to government help for the poor—a disincentive, they claimed. Fair, balanced, and chockablock with information and surprise."—Kirkus

"I’ve spent my last days utterly enraptured with a fantastic new book that casts new light on a personal obsession: the history of the word liberalism."—Jeffrey A Tucker, American Institute for Economic Research’s Daily Economy

"The Lost History of Liberalism is a masterful work of intellectual history."—Alexandre Lefebvre, Times Higher Education

"Rosenblatt is impressive in the scope of her reading and at her best in identifying different usages of the term liberal."—Peter Clarke, Financial Times

"Elegantly written. . . . These discussions are welcome additions that help contemporary readers understand liberalism’s rich texture and history. . . . As we search for ways to respond to the challenges of the contemporary world, The Lost History of Liberalism offers us a valuable resource."—Christine Dunn Henderson, Los Angeles Review of Books

"This books challenges some of the assumptions held about liberalism and reveals the historical foundations of why it may well be, above all, an elusive tradition."—Alex Tebble, LSE Review of Books

"An excellent recent survey of the term."—David A. Bell, The Nation

"The Lost History of Liberalism is yet another impressive performance from one of the leading intellectual historians and deserving of a broad readership."—Max Skjönsberg, Nations and Nationalism

"An interesting and informative read, [The Lost History of Liberalism] covers an impressive scope of material."—Alex Tebble, Journal of Liberal History

“The Lost History of Liberalism is the most acute and careful account on the theme ever composed. Helena Rosenblatt’s accomplishment is thrilling, with self-evident implications for our own time of ideological strife.”—Samuel Moyn, Yale University

“Systematic and daring, this provocative history of ideas reveals how the ethical qualities of liberalism, understood as a protean force, should be placed front and center. Inventively tracing the liberal tradition’s tense connections to religion and its engagement with other bodies of thought, this ‘lost history’ forces a reappraisal of various established versions of liberalism’s origins, meaning, and development.”—Ira Katznelson, coauthor of Liberal Beginnings: Making a Republic for the Moderns

“This clear and sure-footed intellectual history traces the evolution of the liberal tradition through a centuries-long international dialogue about character and the common good in which France and Germany played key roles. Against this backdrop, contemporary rights-focused Anglo-American liberalism can be interpreted as a response to the challenge of twentieth-century totalitarianism.”—William A. Galston, Brookings Institution

“How did liberalism become the dreaded L-word? While opponents portray liberalism as a set of ideas untethered to moral foundations, Rosenblatt traces out its centuries-long history, showing that proponents not only gave it a moral core but also called for leaders and citizens alike to dedicate themselves to the public good. In these times, we could use a bit of both.”—Heather Boushey, author of Finding Time: The Economics of Work-Life Conflict

“Rosenblatt’s remarkable book challenges us to rethink the whole history of liberalism. It restores many missing elements to the story, and shows how our understanding of liberalism has been distorted by its identification with individualism by a series of writers after World War II.”—Jerrold Seigel, author of The Idea of the Self: Thought and Experience in Western Europe since the Seventeenth Century

“Rosenblatt opens up new perspectives on what is, by any measure, an important and topical subject.”—Darrin M. McMahon, author of Divine Fury: A History of Genius

“Rosenblatt’s The Lost History of Liberalism offers a timely account of how the words ‘liberal’ and ‘liberalism’ entered our political lexicon. A surprising saga, it’s also an invitation to rethink a basic—and embattled—modern value.”—James Miller, author of Examined Lives: From Socrates to Nietzsche