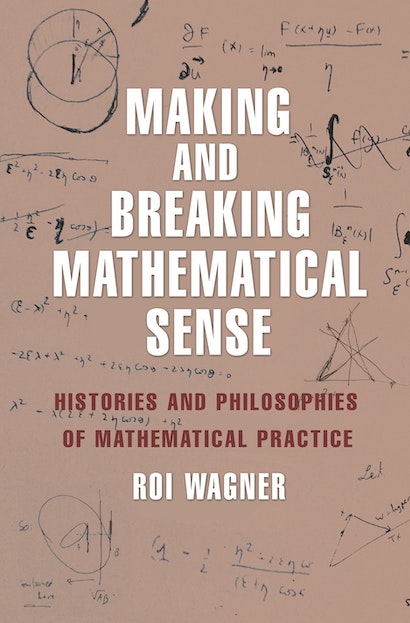 Roi Wagner uniquely combines philosophical, historical, and cognitive studies to paint a fully rounded image of mathematics not as an absolute ideal but as a human endeavor that takes shape in specific social and institutional contexts. The book builds on ancient, medieval, and modern case studies to confront philosophical reconstructions and cutting-edge cognitive theories. It focuses on the contingent semiotic and interpretive dimensions of mathematical practice, rather than on mathematics’ claim to universal or fundamental truths, in order to explore not only what mathematics is, but also what it could be. Along the way, Wagner challenges conventional views that mathematical signs represent fixed, ideal entities; that mathematical cognition is a rigid transfer of inferences between formal domains; and that mathematics’ exceptional consensus is due to the subject’s underlying reality.

The result is a revisionist account of mathematical philosophy that will interest mathematicians, philosophers, and historians of science alike.

Roi Wagner is a research fellow at the Minerva Humanities Center at Tel Aviv University, where he earned PhDs in both mathematics and the history and philosophy of science. He is the author of S(Zp,Zp): Post-Structural Readings of Gödel's Proof and a coeditor of Sourcebook in the Mathematics of Medieval Europe and North Africa (Princeton).

"[Making and Breaking Mathematical Sense] offers a substantial and interesting treatment of issues in the philosophy of mathematical practice."—Calvin Jongsma, MAA Reviews

"I found many sections thought-provoking and gave cause to reflect on what it means to ‘do mathematics’, and would recommend to any potential reader looking for similar pause for thought."—Dominic Yeo, Mathematical Gazette

"An interesting and informative read."—Wallace A. Ferguson, Mathematics Today

"Mathematicians and philosophers should find this excellent book accessible and stimulating. As a mathematician, I was pleasantly surprised that some of Deleuze's philosophy could be made not just comprehensible but compelling. Among the new mathematical material, the book's account of Bombelli and the cubic equation was particularly impressive. And the story of the emergence of negative and imaginary numbers has never been told with such subtlety and clarity."—John Stillwell, University of San Francisco

"Most contemporary analytic theories give pat characterizations of the nature of mathematics. But Wagner argues that the complexity and richness of the subject resist such formulas. Accessible to philosophers and philosophically curious mathematicians, this is a fresh, interesting, and thought-provoking book."—Jeremy Avigad, Carnegie Mellon University