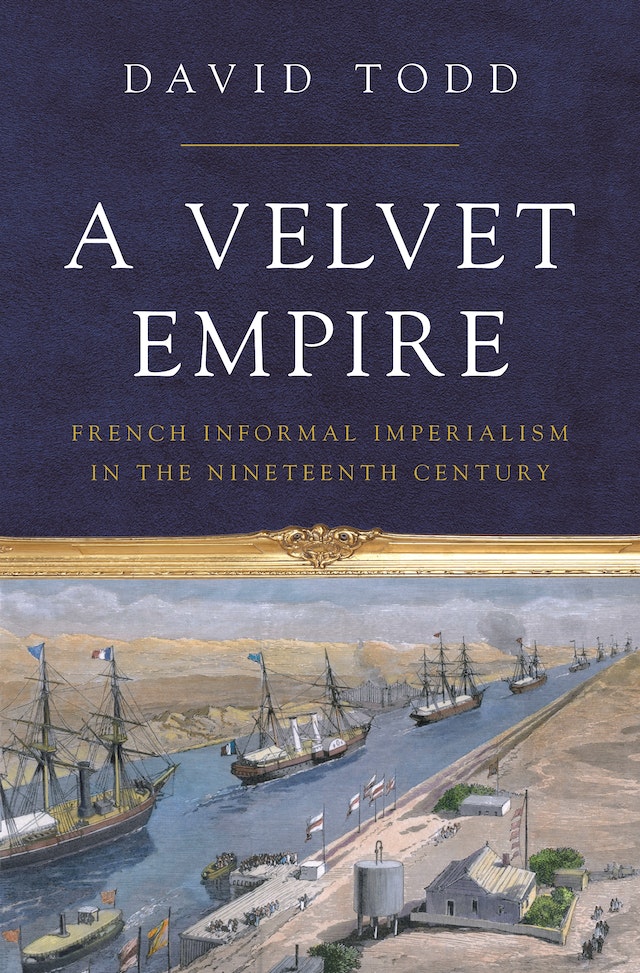 After Napoleon’s downfall in 1815, France embraced a mostly informal style of empire, one that emphasized economic and cultural influence rather than military conquest. A Velvet Empire is a new global history of French imperialism in the nineteenth century, providing new insights into the mechanisms of imperial collaboration that extended France’s power from the Middle East to Latin America and ushered in the modern age of globalization.

David Todd shows how French elites pursued a cunning strategy of imperial expansion in which new and conspicuous commodities such as champagne and silk textiles, together with loans to client states, contributed to a global campaign of seduction. French imperialism was no less brutal than that of the British. But while Britain widened its imperial reach through settler colonialism and the acquisition of far-flung territories, France built a “velvet” empire backed by frequent military interventions and a broadening extraterritorial jurisdiction. Todd demonstrates how France drew vast benefits from these asymmetric, imperial-like relations until a succession of setbacks around the world brought about their unravelling in the 1870s.

A Velvet Empire sheds light on France’s neglected contribution to the conservative reinvention of modernity and offers a new interpretation of the resurgence of French colonialism on a global scale after 1880. This panoramic book also highlights the crucial role of collaboration among European empires during this period—including archrivals Britain and France—and cooperation with indigenous elites in facilitating imperial expansion and the globalization of capitalism.

David Todd is senior lecturer in world history at King's College London. His books include Free Trade and Its Enemies in France, 1814–1851.

"Challenging the conventional wisdom about empire in the nineteenth century, Todd shows that France engaged not only in conquest—as in Algeria—but in forging commercial relationships with elites in different parts of the world, proving as adept at 'informal empire' as Great Britain. Todd's arguments deserve a wide audience."—Frederick Cooper, author of Citizenship, Inequality, and Difference

"Todd invites us to integrate France more decisively into the study of globalization in the nineteenth century, and to take into account its contribution to modern capitalism. This innovative work enriches our apprehension of the multiple possible forms of imperialism."—Quentin Deluermoz, Université Sorbonne Paris Nord