A fundamentally new approach to the history of science and technology 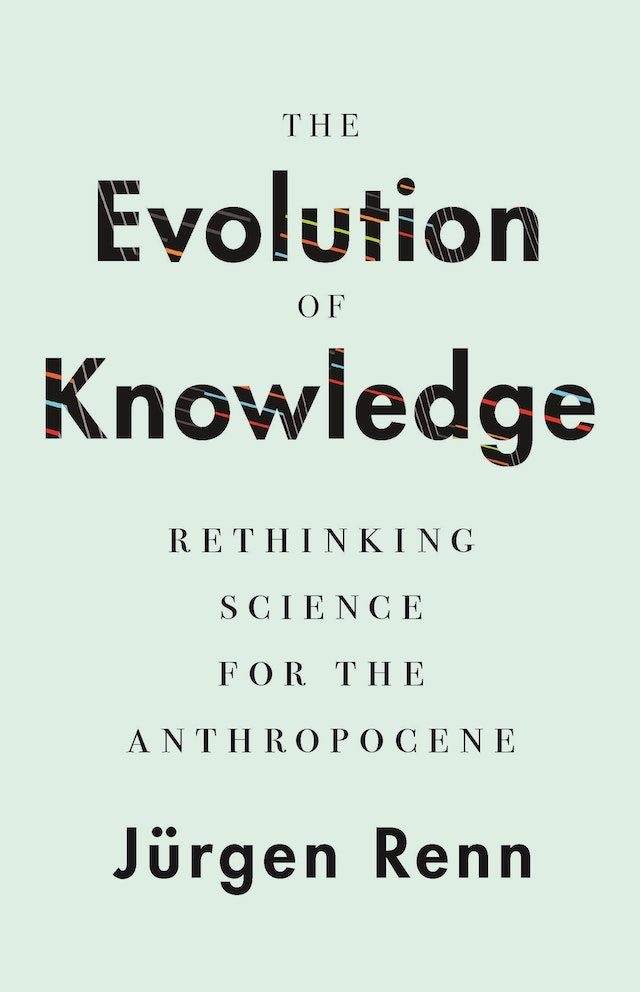 This book presents a new way of thinking about the history of science and technology, one that offers a grand narrative of human history in which knowledge serves as a critical factor of cultural evolution. Jürgen Renn examines the role of knowledge in global transformations going back to the dawn of civilization while providing vital perspectives on the complex challenges confronting us today in the Anthropocene—this new geological epoch shaped by humankind.

Renn reframes the history of science and technology within a much broader history of knowledge, analyzing key episodes such as the evolution of writing, the emergence of science in the ancient world, the Scientific Revolution of early modernity, the globalization of knowledge, industrialization, and the profound transformations wrought by modern science. He investigates the evolution of knowledge using an array of disciplines and methods, from cognitive science and experimental psychology to earth science and evolutionary biology. The result is an entirely new framework for understanding structural changes in systems of knowledge—and a bold new approach to the history and philosophy of science.

Written by one of today’s preeminent historians of science, The Evolution of Knowledge features discussions of historiographical themes, a glossary of key terms, and practical insights on global issues ranging from climate change to digital capitalism. This incisive book also serves as an invaluable introduction to the history of knowledge.

Jürgen Renn is a director at the Max Planck Institute for the History of Science in Berlin, where, together with his group, he researches structural changes in systems of knowledge. His books include, with Hanoch Gutfreund, The Formative Years of Relativity: The History and Meaning of Einstein's Princeton Lectures and The Road to Relativity: The History and Meaning of Einstein's "The Foundation of General Relativity" (both Princeton).

"Knowledge in itself may seem to be a subject that is enormous and ungraspable. But this immensely lucid book shows how the fabric of knowledge has developed, at first slowly, then with growing speed to become the huge phenomenon it is today. Navigating our collective futures will require us to understand the changing nature of knowledge. This marvelous book is an extraordinarily useful guide in that task."—Jan Zalasiewicz, coauthor of The Goldilocks Planet: The Four Billion Year Story of Earth’s Climate

"In this exceptional book, Renn provides a general and penetrating in-depth view of the evolution of human knowledge from its roots in simple daily practices to the most abstract scientific theories, offering a breakthrough in the way the history of science is understood."—Rivka Feldhay, author of Galileo and the Church

"Creating knowledge is the essence of being human. Jürgen Renn's book is a grand narrative of the development of human knowledge, from its earliest beginnings to the twenty-first-century challenge of the Anthropocene."—Will Steffen, professor emeritus, Australian National University

"For a long time, historians of science have shied away from grand overarching narratives, concentrating instead on specialized microhistories. This book boldly counteracts this trend, offering a new framework for a history of knowledge able to cope with the present-day challenges of the Anthropocene."—Ana Simões, coauthor of Neither Physics nor Chemistry: A History of Quantum Chemistry

"The 'evolution' in Renn's title is not a metaphor, for this remarkable book constructs a genuinely evolutionary model for the development of scientific and technical knowledge. Renn's inclusive conceptual synthesis and wide-ranging examples offer abundant grist for thought and debate. And he caps it all with a prognosis—almost hopeful—of humanity's future in the Anthropocene."—Gary Tomlinson, Yale University, author of Culture and the Course of Human Evolution

"This wide-ranging book recounts how science and technology have, over the centuries, shaped and been shaped by the societies in which they are embedded—an emergent process that has led to the Anthropocene era in which we now live. The deep insights in this work merit a wide readership."—Martin J. Rees, Astronomer Royal, professor emeritus, University of Cambridge

"How should we know the Anthropocene and its unprecedented challenges? Renn tackles this pressing question by tracing knowledge systems from antiquity. His answers lie in rejecting abstraction and infinite horizons for knowledge that takes into account localities and individual human agency. In these dark times, his magisterial history illuminates a way forward."—Julia Adeney Thomas, University of Notre Dame